Slowly but surely the stigmatization of sex workers is lessening, but what about for their clients?

Sex work is certainly having a moment in popular culture — from pole-dance hobbyists clanking around in eight-inch Lucite heels to Instagram influencers draped in fashions made popular by strippers and escorts (e.g., fishnet body stockings, rhinestone chokers, visible thongs riding high above the waistline of low-slung pants and big fuzzy faux fur coats), the influence of sex-worker style and culture is undeniable. But what about the people who keep the originators of these styles in business, also contribute to their relevance and make sex work one of the world’s most enduring professions?

The idea of a “john” is an antiquated one — a pejorative for the client of a sex worker that conjures up images of sleazy, 1970s-style men like those currently seen on The Deuce. I’m thinking Burt Reynolds mustache, a tacky suit with wide lapels, a lecherous air and a thinning comb over. And if not a scumbag cruising Times Square, then a socially inept, unattractive square, incapable of finding feminine attention on his own, a pathetic loser who has to pay for his existence to be acknowledged.

To go far beyond an assortment of adjectives and give them a completely human face, though, I talked to three men about what it’s like to be a contemporary client of a sex worker. Their names have been changed to protect their identities, but their stories are as honest as they could articulate.

“I lean toward people who take chances in their lives, and people who don’t take the mainstream path fascinate me.”

Steve, 60s, entertainment executive, patron saint of strippers: A friend turned me on to strip clubs in the late 1990s, when I was in my mid-40s. I’d seen strip clubs from the outside when I was a teenager in Manhattan, but to go in was a pipe dream, because I didn’t even have enough money to buy lunch. In the 1990s, though, I was making decent money — enough, in fact, that I bought everybody dances I went in with, mostly a group of guys I worked with. Needless to say, that made me popular.

Going to the club was a social event at first, sitting around, talking to the dancers. I lean toward people who take chances in their lives, and people who don’t take the mainstream path fascinate me. But as the years passed and I got divorced, I started getting to know the dancers better. The dances became more intimate, and the long-term friendships with mutual benefits began. In the right clubs, I was comfortable hanging out in the VIP rooms and talking about life, getting dances and being amongst women who had a very different perspective on things. I’m a good listener, and we shared genuinely.

Now the clubs have changed radically. It was all a big party and the money was flowing in the 1990s. Nobody was hustling you hard because there was plenty to go around. Even in the early 2000s, though clubs got to be more commonplace, there was still a positive vibe. But today, the novelty of being able to go see women dance naked 24/7 has worn off, and it seems like ennui has set in amongst both dancers and customers. With a few exceptions, the stages have just become showcases for lap dances, and customers want “extras” from virtually every dancer. I still enjoy the clubs where the pole work is amazing, but I only go with one special person and she’s very specific about where we go because she’s a stripper herself, and she has high standards about the quality of the dancing.

I never enjoyed serial romantic encounters. I don’t enjoy re-telling my story over, and I don’t want to invest a ton of time “searching” for that one person. I figure that the right person will enter my life at the right time — stripper or otherwise. I eventually re-married, but in between, the strippers I’d gotten to know for years became my social companions. I’d pay them for their time, but not to maintain the distance of a professional relationship. I knew if they were with me, they weren’t working at their club, and I didn’t want them to lose out on earnings.

As to whether or not I keep my club-going a secret? My friends know I go to strip clubs, because I used to take them. My former spouses knew because I told them; they were cool with it, or I wouldn’t have gone. I just followed certain boundaries, like no sharing of my phone number. I don’t know if my kids know, but I don’t think they particularly care. Dad’s a grown up. Obviously I’d be uncomfortable if certain family or friends knew; otherwise, I wouldn’t be doing this anonymously.

Honestly, I worry more about sex workers’ safety than their social acceptability. I never felt that they were properly respected in the U.S., and there are a lot of dangerous people out there. Certainly, decriminalization would make it a lot safer. As far as getting lap dances, it has way fewer stigmas for customers now, but the strippers are still ostracized for what they do. Lots of angry wives, jealous older women and guys who are holier-than-thou looking down at them or making insulting jokes. To me at least, it doesn’t feel like the “Year of the Woman” has embraced sex workers yet. Hopefully soon.

“There’s no question of what you’re there for, and for me, that cuts out social anxiety and helps me feel more confident.”

Adam, 36, artist, multi-disciplinary sex-work connoisseur and budding activist: I was 17 when I hired my first sex worker. My mom gave me $200 to buy Christmas presents, and I looked through the phone book for an escort. I went to a motel in Imperial Beach, a by-the-hour place that had a room with mirrored walls and that smelled overwhelmingly of disinfectant. The girl was in her early 20s; I lied and told her I was 18. Once we were done, she told me she liked me, gave me a hug and left. I wound up overcome with guilt about what I’d done and confessed to my mom the next day. Obviously I hadn’t come home with the Christmas presents, so I told my mom I’d met a girl and gone on a date. She looked at me and asked, “Did you go on a date and just give her all your money?” I said, “Yea,” and we didn’t discuss it any further, but she knew exactly what happened.

Then in college in Chicago, I bought sex regularly. There were these sex-industry newspapers you could buy from a little stand on the street for $1 and find ads for services in there. And there was also Craigslist and Backpage. Later on, when I moved to L.A. in my late 20s, I was super into massage parlors, and in like 2014-2015, I got into strip clubs. I became the regular to a few girls; I’d sit and talk and get dances. All during this time I’d also buy DVDs at sex shops and frequent the porn-viewing booths at those same stores.

I was always drawn to sex work due to my difficulty talking to women throughout my life — the black-and-white nature of it appealed to me. There’s no question of what you’re there for, and for me, that cuts out social anxiety and helps me feel more confident. I also gained experience relating to women that translated into more romantic situations. Granted, it’s apples and oranges — paid vs. romantic relationships. Transactional relationships don’t always have the same emotional intimacy that romantic ones do, but there can be an emotional element to paid sex, too.

Buying sexual services in this day-and-age has definitely changed dramatically. Due to the internet and the prevalence of sexual imagery available for consumption on social media — and even pre-social media when sex workers were beginning to have more of a presence on the internet — it became obvious that if there’s this much of it going on, there’s got to be lots of clients. With the boom of sex-worker visibility on the internet, it sunk into everyone’s psyche that a client can be anybody. It’s not just the creepy “john” lurking the back alleys; it’s an every day, mundane thing.

In the future, I think buying companionship is headed toward being more socially acceptable. That said, it will probably depend on what strata of society we’re speaking of. Obviously in my social circle of creative types, it’s more acceptable than it’s ever been. Still, I’m always delicate when I broach the subject if I find myself in traditional romantic relationships — that is, how much I speak on my experiences purchasing companionship services. I’ve told former girlfriends before, and it’s caused a big confrontation. After all, if a guy has a history of buying sex, what’s to stop him from doing so when he’s in a traditional relationship? It comes down to an issue of trust.

The fact that Backpage and Craigslist are gone due to SESTA/FOSTA is a big reason why I’m not purchasing sexual services as much anymore. It’s created havoc in the industry. Now that there’s no longer those dedicated sites to buy such services, it feels sketchier. I’ve actually gotten propositioned on Instagram, and also on dating apps like Tinder and Bumble. When there were designated sites to go to, you got a feel for the ads and how they generally look and sound, so when something felt off, you didn’t go down that road. Today, the landscape is much harder to read.

“My wife and I have a desire to explore sexually with other people, and doing so with sex workers eliminates the risk of emotional alienation or ruined friendships.”

Juan, 30, comedian, sexual service sampler: I’ve been buying sex-industry services for about five years — everything from sex, lap dances at strip clubs, cam-girl shows, premium Snapchat subscriptions, and custom photos and videos. When I moved to L.A., broke up with my then-girlfriend, and finally had a job that gave me the disposable income to pay for sexual services, I had an incentive to start buying them. But as I’ve gotten older, I have more expenses in my life, and I don’t have as much spare cash. Plus, I have a lot of other things occupying my mind and free time, and the need for constant sexual gratification has subsided.

However, I’m in an open marriage, and my wife is aware that I buy services from sex workers. We have an understanding that even with emotional commitment, there’s a desire to explore sexually with other people, and doing so with sex workers allows exploration to happen in a way where everyone in the interaction knows what everyone involved wants out of it. There’s no risk of emotional alienation or ruined friendships, provided everyone’s boundaries are respected.

Even though my wife knows about my patronage and is cool with it, I’d be uncomfortable if my family found out since it’s not really their business. Some of my friends who have shown they aren’t freaked out by sex work could know if I felt like telling them. I hope that one day society becomes TRULY “sex positive,” which means being okay with all facets of sex rather than just being okay with cis women flaunting themselves in titillating ways for men.

I’ve always found a woman’s intimacy to be the greatest gift she can give, and always worthy of compensation, whether that comes in the form of emotional commitment or money. It boggles my mind that some people think a woman asking for money somehow makes her less worthy. If we live in a world where money is valued above all else and we’re alienated from each other, using money to buy a moment of connection should at least be one small luxury afforded to us. 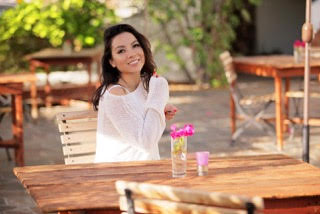