These Guys Are Collecting Your Expired Credit Cards

Don’t reach for your scissors just yet. As the world moves toward contactless payments, the chunks of plastic in your wallet might actually be worth something

My father is a hoarder. My family’s shed is overrun with old computers, boxes of old newspapers and magazines, rusty tools and fraying television cables back from when “having cable” was a signifier of middle-class suburbanite status. I’m most fascinated, though, by his “collection” of expired credit cards.

They date back almost a decade and include debit cards, pay-as-you-go cards and travel cards. Even the cards that are actually elaborate payday loans that he never activated sit among his stack.

My dad wouldn’t call himself a collector of expired credit cards (in fact, he’s one of those guys who always carries cash and prefers to pay for things that way). But he says it would be hard for him to “let them go” because he’s “carried them for so long.” Plus, he tells me, “It’s always good to keep records of things — just in case.”

When we think of collecting currency, we usually associate it with coins. Some such collectors are interested in the insignia of old coins. Others believe that old coins that are no longer produced or in circulation will go up in value over time. There are also entire organizations devoted to numismatics, or the collection of vintage banknotes. After all, there are stories and histories attached to metal and paper money — stories and histories that would seemingly be more interesting than any mass-produced plastic card. Moreover, anyone who’s ever had an expired credit card has been told to cut or shred it to prevent against fraud and/or identity theft.

It turns out, though, that there’s a healthy market for expired credit cards. Maybe my dad’s reasoning isn’t so absurd.

On eBay, you can bid on American Oil cards, American Express cards from the 1970s and even a one-off Playboy card. While it’s not too expensive to purchase these cards (at least compared to vintage coins), there are some vintage cards, like a 1980s Platinum AmEx ($900) and a 1961 limited-edition Purple AmEx ($250), that easily top three figures. 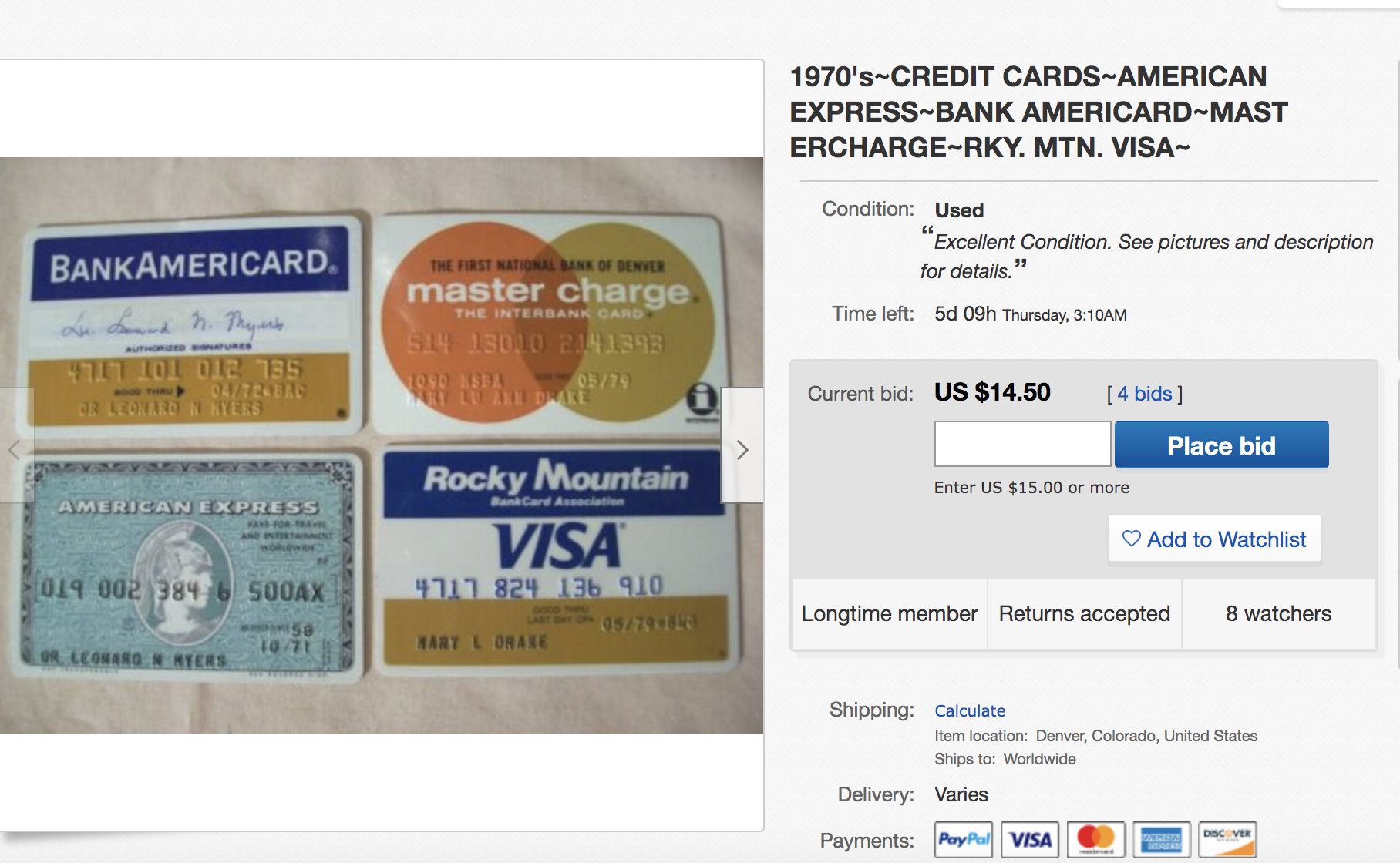 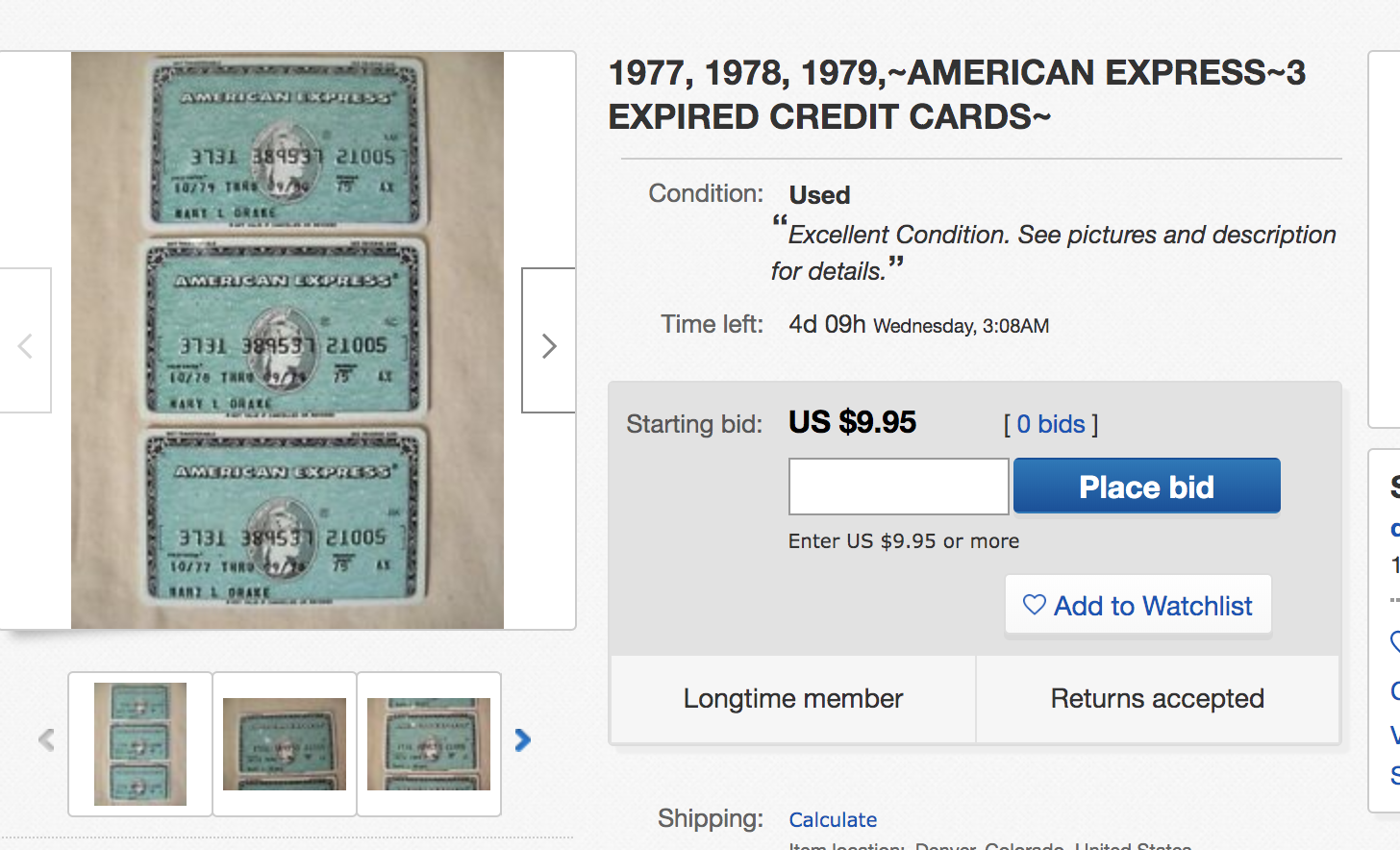 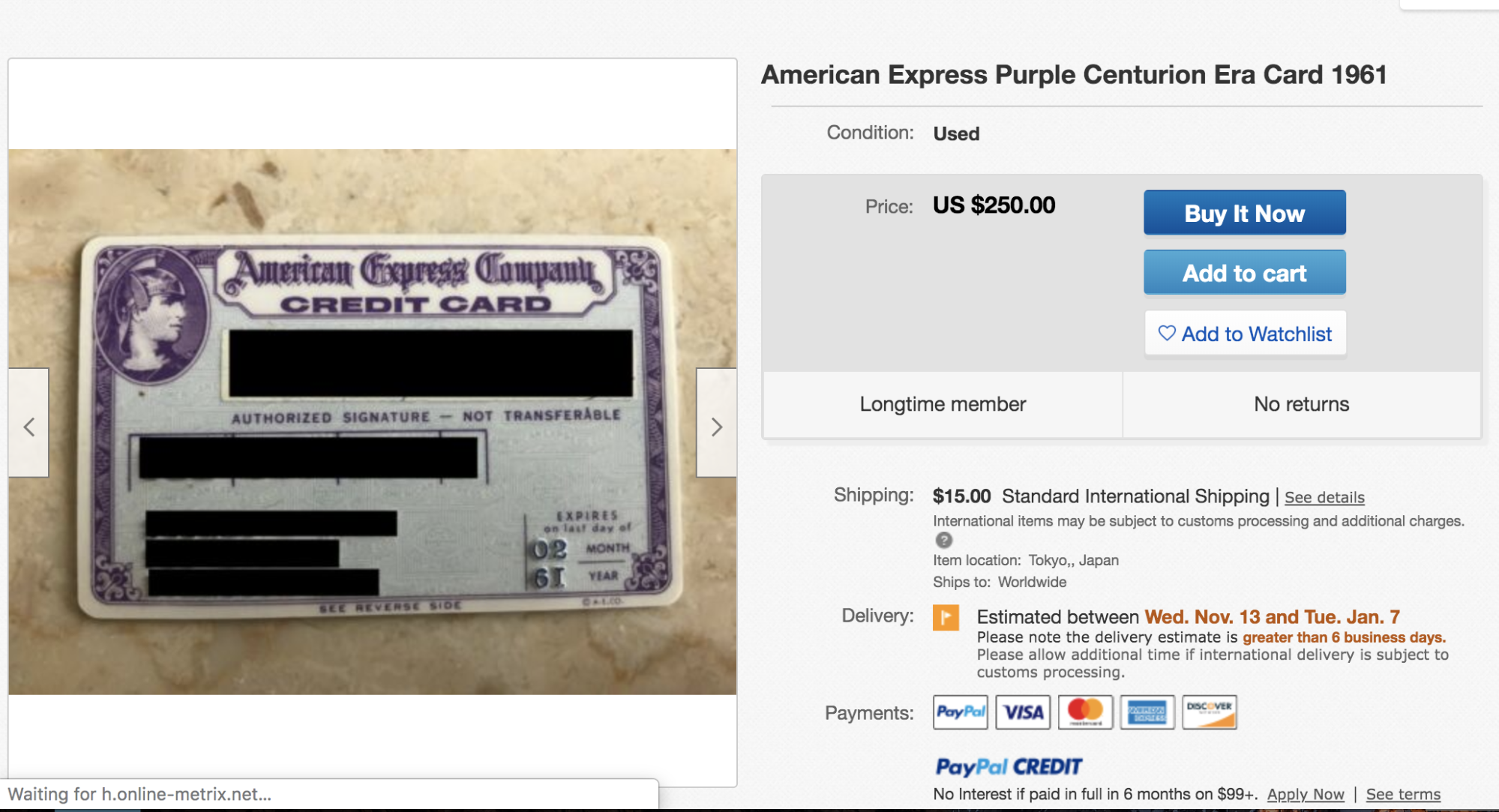 “I like looking at them. I try to picture their former owners using them to buy cool things, maybe in a different country, in the distant past,” says Gabriel Cordeiro, a 19-year-old in São Paulo. He’s been collecting expired cards ever since he was a kid, starting with his parents’ and grandparents’ old cards. “Each card has its own story,” he continues. “There’s a lot of history when you look at their images and iconography. The cards also tell a bigger story about modern banking, design, international air travel — even more ethereal concepts like ‘luxury.’”

“There’s something special about older cards,” adds Mark Watson, a 50-year-old high school teacher who sells and trades old cards on eBay. “Each card is really different in terms of their aesthetic. Some have the old kind of faded graphic that reminds you of the 1980s and 1990s, when not a lot of people owned a credit card, so you’d feel really good holding one.”

“I think when it comes to people who collect currency, it’s about the coin or note’s place in history,” he continues. “But there’s a more personal element to expired cards.” For that reason, he says, “I actually prefer the cards that are worn out or the number strip is faded.”

Though expired card hobbyists have been around since at least the 1980s, there are no organizations that value old credit cards, meaning their market is decided entirely by the free market of collectors. That said, some finance experts suggest that vintage cards could significantly appreciate in value over the next decade, especially if we continue to move toward purely contactless payments and transactions.

It’s not hard, too, to imagine a future where the millennial attachment to plastic might match Boomers’ attachment to cash in their pocket. Case in point: As I write this, I’ve come to realize that in the years I’ve had my debit card, I’ve traveled around the world and held multiple jobs with it in my pocket. There have been times when I’ve been pleasantly surprised when the balance isn’t as low as I expected it to be, and others when it’s been denied completely due to lack of sufficient funds.

I guess what I’m saying is, when my card expires in just under a year, it’s more likely to join my dad’s pile of old cards than it is to be scissored to death.