Liberals Are Afraid to Defend Looters. This Writer Isn’t.

People seizing property in an unjust system has a long, historic legacy

“You’re accusing a captive population who has been robbed of everything of looting. I think it’s obscene.”

That’s what James Baldwin told a white journalist with Esquire in the summer of 1968. The interview, published shortly after the assassination of Martin Luther King Jr., is premised on discussing what could possibly be done to rectify America’s white supremacy, but the questions seemed to simply wonder what could be done to get Black folks to stop… organizing and fighting for basic human rights?

For instance, the Q&A opens with the journalist prodding Baldwin with, “How can we get the Black people to cool it?” Baldwin responds, “It is not for us to cool it.” And later on, Baldwin bristles when the journalist refers to looters. He doesn’t let the word slide: “I object to the term ‘looters’ because I wonder who is looting whom, baby.”

This is the driving conviction of Vicky Osterweil’s book In Defense of Looting: A Riotous History of Uncivil Action. Osterweil has written the book to deconstruct the lie that rioters and looters, along with any others who engage in organized action and community mutual aid that circumvents the dull slog of what’s usually called civilized democratic process, are essentially bad. Its meticulous, airtight defense of looting could seem tailor-made for this year, where uprisings against police, white supremacy and capitalism have been commonplace. But the book has been in development for six years, and is in effect a sequel to Osterweil’s 2014 essay of the same name.

Besides, as she points out, looting isn’t a modern phenomenon. In fact, Osterweil uncovered many moments in American history (often obscured or erased altogether from mainstream history texts) that looked very similar to ones we’ve recently experienced — like uprisings in Ferguson, Baltimore and Minneapolis — where rioting and looting transformed and bolstered movements. “If we understand these systems as continuous, then we can start to pick out modes of struggle and ideas of liberation that are also continuous, though different throughout that history,” she tells me.

The book begins with Osterweil rebutting the most popular arguments against looting. Namely:

Osterweil saw these arguments levied against protesters in New York after Eric Garner’s murder, and in Ferguson after Mike Brown’s, which frustrated her. “People would disavow rioting and looting as not part of the movement when in fact it was precisely the rioting and looting that had turned Ferguson into a nationwide flashpoint, and had turned all the attention to police murdering of Black people, and had made Black Lives Matter a slogan worldwide,” she explains. “Within weeks, people were forgetting the history of where these things came from, what these tactics did.”

In terms of other recent history, Osterweil says a series of movements across the world in 2011 radicalized her, including the Arab Spring, the squares movements in Greece and Spain and riots in the U.K. after the police murder of Mark Duggan. In their wake, liberals and the left generally disavowed the rioters and renewed calls for civility and calm. “They just said, ‘This has nothing to do with politics, it isn’t liberation,’” Osterweil tells me. “The fact that these people who are supposed to be in touch with the revolution, in touch with possibilities for change, could be so dismissive and hateful toward it forced me to engage more carefully in Black theory and Black radical tradition, as well as to think carefully and closely about looting and rioting.”

The book — and by extension its ideological underpinnings on property, capitalism and mutual aid — has been roundly rejected by liberals and conservatives alike. The Atlantic’s Graeme Wood recoiled at Osterweil’s citing of Stokely Carmichael and Assata Shakur, while the New Yorker’s Isaac Chotiner prodded Osterweil with elemental questions, most of which are designed to split hairs and champion electoralism. The centrist response to rioting and looting at least bears out a truth: The people rejecting these actions are uninterested in progress and liberation that actualizes itself with means that don’t fit in children’s books.

For her part, Osterweil says it was important to present her arguments without compromising them for the sake of drawing in “people who I think are ultimately not interested in our liberation anyway, which I would call capital-L Liberals.” “Assata Shakur is very good on this in her autobiography,” she continues, “about how she doesn’t really understand the difference between them and the right because as soon as they’re threatened personally, it’s mask off and they’re just like the fascists that are on the right. The people I wanted to talk to were the people who were maybe in the street, already committed to the movement, but thought maybe, ‘I’m not sure about this looting.’ A very large percentage of people in this world fall into that category.”

Another critical reframing that Osterweil boosts is that of police murders as modern lynchings. Like historical lynchings, these murders are almost always accompanied by spectatorship and what Osterweil describes as “the same libidinal desire for white violence,” except this time in a “mode of quote-unquote outrage.” This plays out in endlessly retweeted video footage of police murdering Black Americans. At first, these were positioned as necessary viewing for white people uninitiated with white supremacist violence. But years after videos of police lynching Tamir Rice, Michael Brown, Eric Garner and Philando Castile circulated on social media and cable news, conditions haven’t changed, and the role of these clips has become suspect.

Osterweil says that in practice, there are few differences between influencer-activists capitalizing on viral snuff clips and white Americans sending postcards of lynchings. “Those images ultimately do reproduce profiting and ultimately pleasure in the face of Black suffering and death,” says Osterweil. “That’s a dark thing that’s hard for people to accept.” Occasionally, Osterweil notes that lynching imagery would be circulated as part of anti-lynching campaigns. Mamie Till’s decision to allow an open-casket funeral for her son Emmett Till is a notable example. But in 2020, continues Osterweil, “the fact of white supremacist violence doesn’t require visual evidence. It doesn’t require that it be consumed.”

About halfway through the book comes a chapter on the role of labor in “uncivil” movements. Here, Osterweil leaves a rare moment of ambiguity: She draws a connection between two fever-pitch moments for labor organizing and white supremacist violence, which both reached peaks in 1877 and 1919. The parallel doesn’t quite hold for 2020’s conditions — while labor organizing is returning to popularity, American antifascist groups have held the country’s far-right white supremacists relatively in check for the moment — but Osterweil suspects the reactions in all three eras have been tied to general economic trends.

“We’re witnessing the breakdown of the power of the nation state; we’re witnessing obviously massive ecological catastrophe. Capitalism has been limping along since 2008, built on debt and financialization,” she explains. “All of these trends are threats to the capitalist order and white supremacist world order.”

“These crises were gonna happen anyway,” she adds. “The pandemic, the economy, they were gonna happen, but now we’ve been fighting back. That’s the difference, and that’s the cause of any optimism that I think is possible in this world.”

Along those lines, things have changed — somewhat at least — in recent years. During Ferguson, the media and political class flatly and vehemently rejected looting. But now, the discussion has expanded slightly to allow for looting of big-box stores. Moreover, Osterweil says, “The fact that Trump was hiding in a bunker while rioters attacked the White House gates? Even in the Holy Week riots of 1968, they only got within two blocks of the White House. Trump was hiding in the bunker, and he could be again. It’s gonna be up to us in the street to fight.” 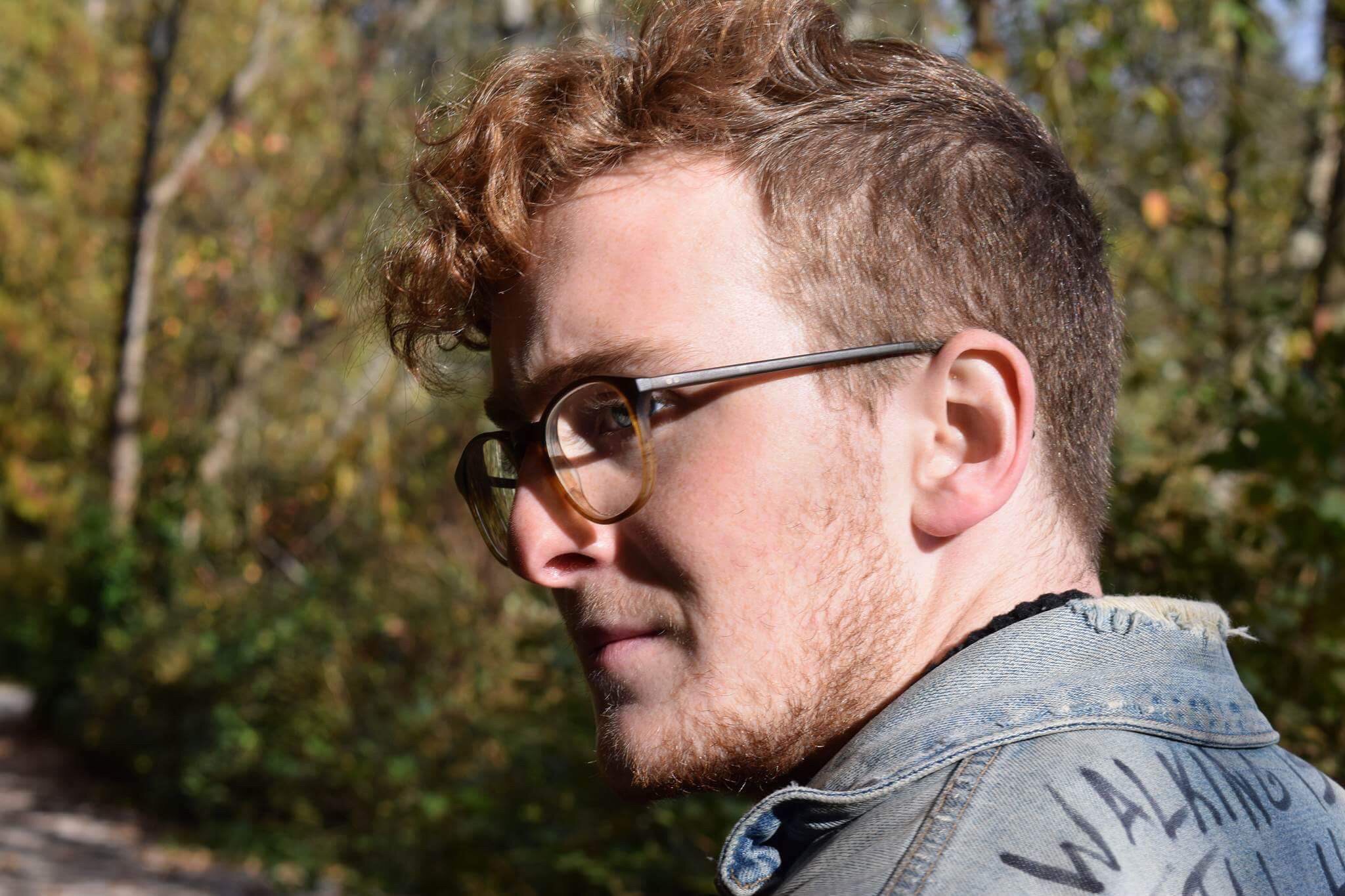