Why 2020 Was a Renaissance for the Trolley Problem

We make moral decisions every day. We also have a fantastic ability for convincing ourselves we’ve made the right moral decision — mostly because it’s a pain in the ass to go around believing you’re a fundamentally bad person. But philosophers won’t let you off so easy. Many of the discipline’s towering figures, from Immanuel Kant to John Stuart Mill, spent their whole lives wrestling with the systems by which we judge actions to be wrong or right, and how to adapt our behavior to a just ideal.

A British 20th century philosopher, Philippa Foot, considered these questions as well, and in particular the difference between doing and allowing harm. In a 1967 paper she offered a thought experiment that would become a famous subject for college seminars. It’s known as the Trolley Problem, though in Foot’s version, the vehicle is actually a tram. She asks you to imagine “the driver of a runaway tram which he can only steer from one narrow track on to another; five men are working on one track and one man on the other; anyone on the track he enters is bound to be killed.”

If he’s hurtling toward the group of five men on his current track, Foot writes, we think it the moral choice to switch his tram to the track where only one man will be struck and killed. What she finds interesting is that we find this permissible whereas other situations of trading one life to save five — executing a man and giving his organs to five others who would die without them — we consider a violation of basic humanity.

Foot’s explanation for this is interesting and nuanced, and, of course, totally lost in the Trolley Problem’s translation to a medium she probably never encountered: shitposts. This year has seen an enormous surge of Trolley Problem memes that remix and riff on her scenario until it’s virtually unrecognizable. The first comic below, drawn by philosophy professor Jesse Prinz, is close to the original setup; the rest are, shall we say, eclectic variants. 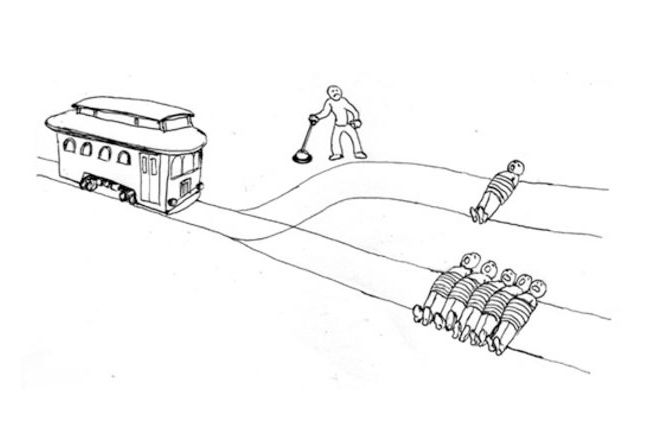 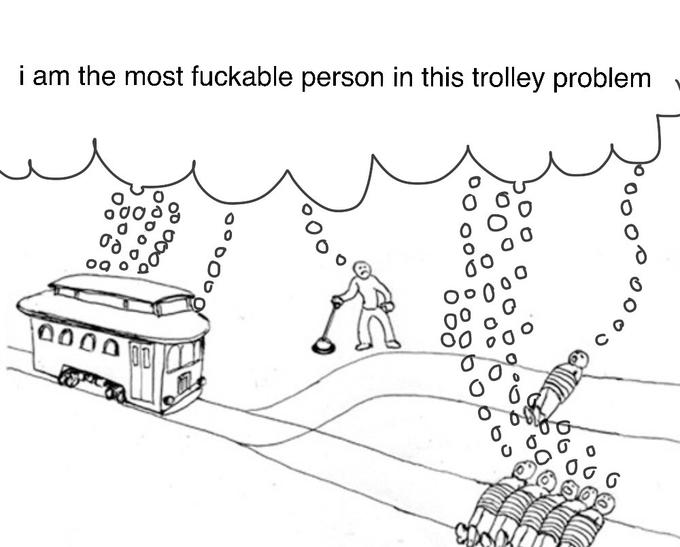 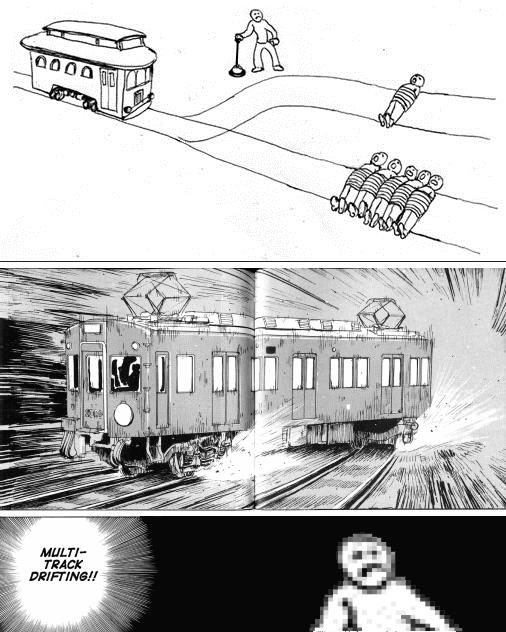 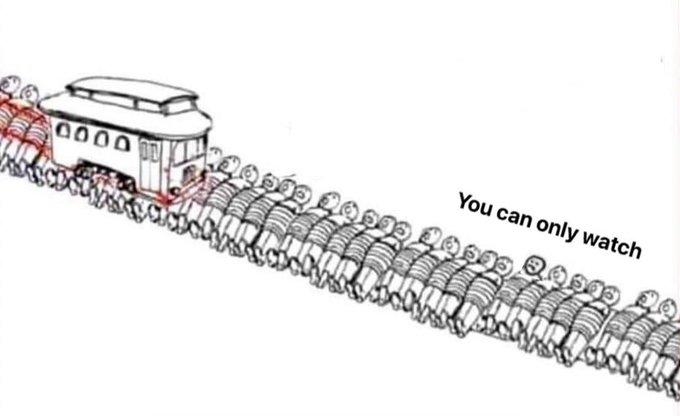 We’ve been laughing about the deadly trolley for years — the memes would seem to have originated among philosophy nerds on 4chan in the early 2010s, and found renewed purpose in the madness of 2016. A quarter of a million people belong to a Facebook group that keeps churning out more. Internet creators were no doubt attracted to the narrative for several reasons: It’s an intellectual in-joke, it hits the mark for depressive fatalism, and the whole thing, like a good number of philosophical hypotheticals, is ridiculous on its face.

Foot herself acknowledges that you’d never find yourself faced with the Trolley Problem in real life, at least not under the exact conditions outlined; in fact, the slim chance that the single person on the track could still get to safety before the trolley reaches them is part of how we can rationalize throwing the switch.

But before 2020, the Trolley Problem edits weren’t usually topical. That changed with the global coronavirus pandemic, when suddenly we were challenged with direct life-or-death quandaries, and personal responsibility for the safety of others. The new wave of memes channeled the selfish and short-sighted conduct of civilians, big business and government alike as the virus spread out of control, and the art achieved a higher, visceral horror.

Even before we had COVID-19 to worry about, we began to frame some political policy disagreements in trolley terms. The argument, for example, that canceling student debt is unfair to those who have paid theirs off is construed as this idiotic question: “Would it be fair to the people the trolley has already killed to divert it now?” 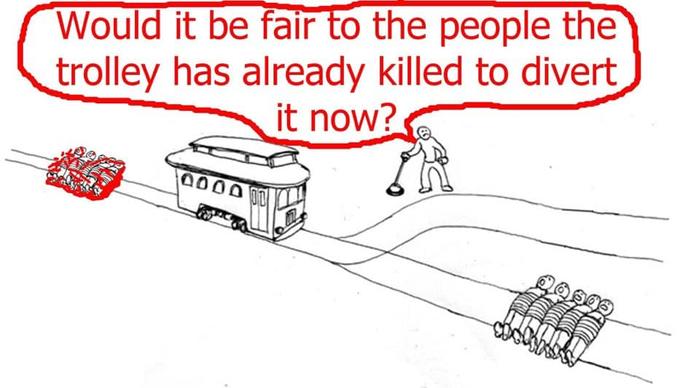 Floating above all this is a broader anxiety of the age: the sense that none of us is in control, or can hope to steer history in a favorable direction. It’s a gag to picture ourselves as the guy standing next to the lever when in reality we feel like one of the poor bastards tied to the tracks, waiting for the universe to deliver our fate, which is controlled by some other schmuck who doesn’t know what he’s doing. (Yes, there is also a Trolley Problem comic that makes this explicit.) The only escape appears to be more memes, either in the mode of total despair — nothing you do matters in the end, and death is inevitable — or fantasy, as with the storylines where the danger magically evaporates. 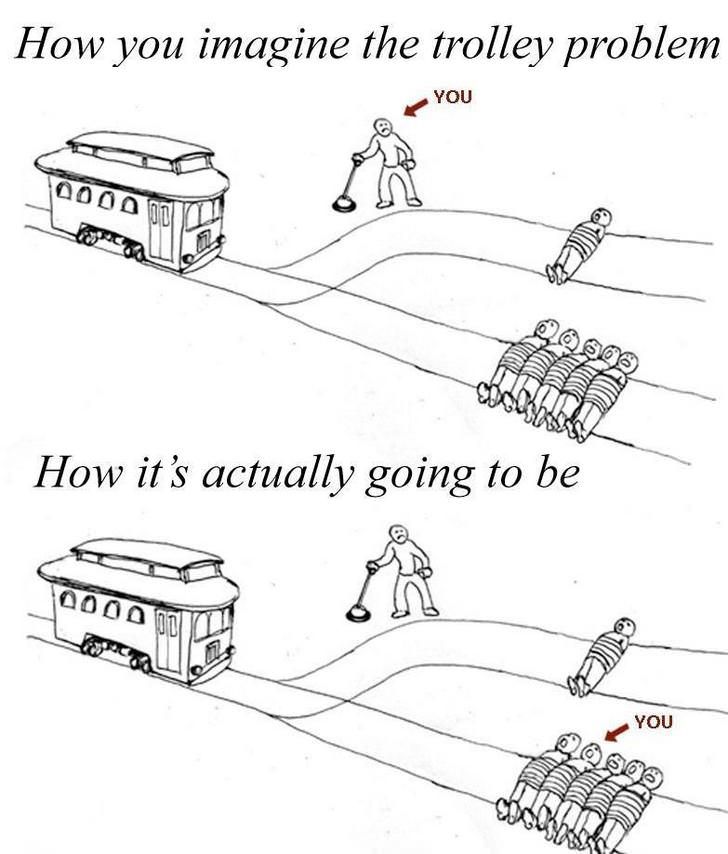 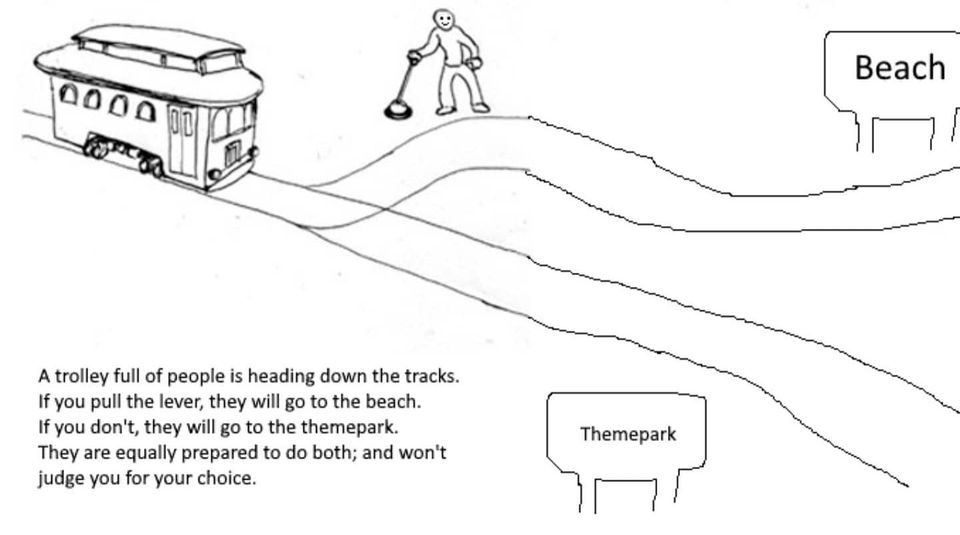 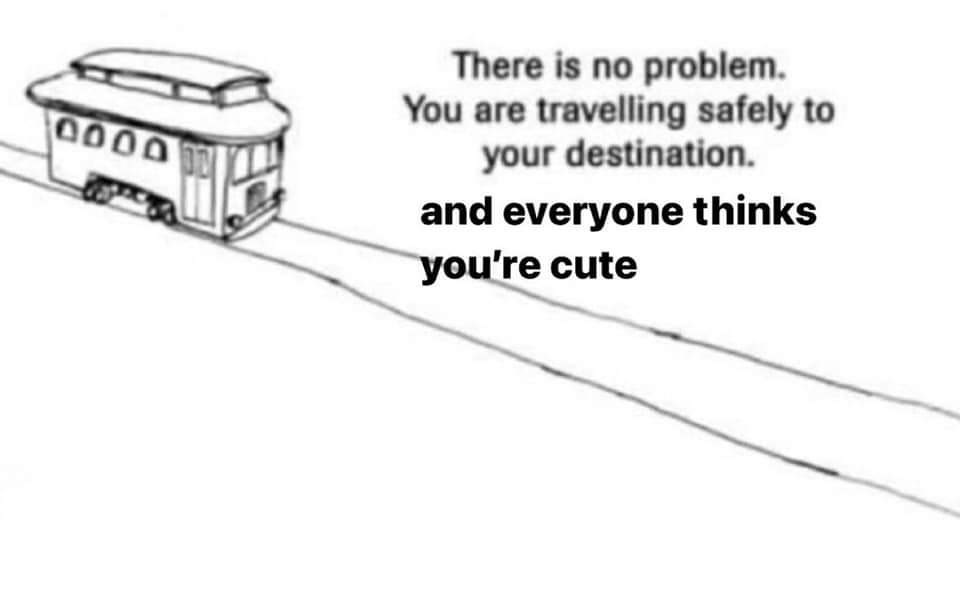 Recently, the Trolley Problem Memes page on Facebook updated their profile image and went with an amusing mashup image: It’s the lever man, but he’s pushing the trolley up a mountain à la the Greek myth of Sisyphus, who was condemned for a life of trickery to forever roll a boulder uphill in the underworld. It’s a pretty good synopsis of our enduring relationship to Philippa Foot’s little mind-bender, which after all is not designed to be “solved,” only to make us conscious of natural moral instincts.

Therefore, we can only press onward through the idea, suffering but, as Albert Camus writes in his essay on Sisyphus, accepting this futility with a kind of happiness. Where it comes to the pandemic, economic collapse and the erosion of democracy, we survive by recognizing the absurdity of our condition. The memes are what express and celebrate that dark enlightenment. 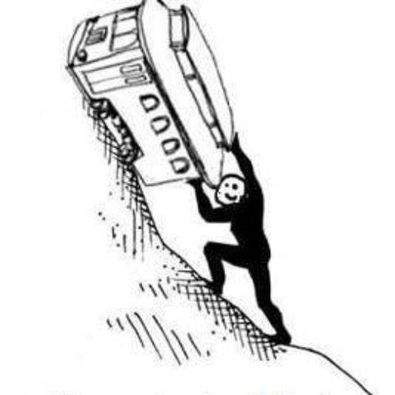 It might sound like a raw deal, but hey, at least in the Trolley Problem you still have free will — something by no means guaranteed in other philosophical traditions. Morally speaking, you’re switching levers every day. The best these memes can promise, besides a way to vent some grievances here and there, is that the world is different for having us in it. We couldn’t be tormented by dilemmas if we didn’t exist. May as well cherish the pain while we can. 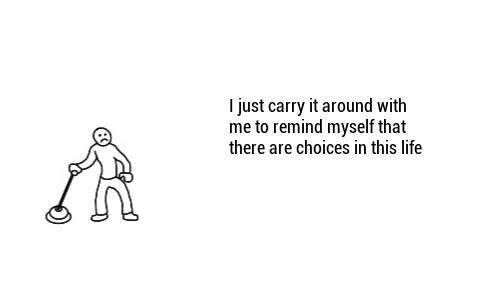