There’s No Hype Machine for Selling Literature to Dudes

What happens to the guys when fiction becomes a feminine brand?

Look at a large set of data for long enough and you’ll see a story. It could be a dystopia or the early part of a post-apocalyptic horror, but in this case, it’s the story of a dysfunctional relationship. It’s a relationship that’s ending badly because it started badly, with power imbalances from the start, and today, it could be that neither party is willing or able to do the work to set things right.

The relationship is between younger men and books. Men, it turns out, read significantly less than women, but — and this is important — the publishing industry still caters to them by signing a disproportionate number of male authors to male-owned publishing companies to write books edited and reviewed by men. In this relationship, one party will do anything to please the other — change themselves, destroy their future — while the object of their affections would rather play video games. There’s literally a Lana Del Rey song about how sad this situation is.

Ian McEwan once said that when women stop reading, the novel will be dead, and as much as I loathe agreeing with him, the facts bear that out. Survey after survey has found that women read more than men: A National Endowment for the Arts survey from 2002 finds a steady 10 to 13 percent gap between men and women as far back as 1982, and more recent studies tell the same story, with men reporting spending much less time per week reading.

The studies into who reads have their flaws, of course. In particular, they’re light on the kind of granular detail that would allow me to Freakanomics out some counterintuitive insights. We know, for instance, that older people read more than younger people, but are young men, the subject and audience of this publication, particularly bad?

There are plenty of young men out there who have read Slaughterhouse-Five, Fear and Loathing in Las Vegas, On the Road, Infinite Jest and little else, whose ongoing engagement with reading is negligible to non-existent. In fact, in the past two decades, younger men were the force behind only one real publishing success — embarrassingly for my entire gender, it was Twelve Rules for Life.

Meanwhile, women made Twilight and Fifty Shades of Grey into successes so profound that the publisher of the latter handed out bonuses to their entire workforce. Elena Ferrante and Sally Rooney have become household names on the backs of devoted female readerships, and there have been short bursts of the sort of passion that more books ought be getting around the work of Ottessa Moshfegh, Hanna Jameson, Celeste Ng, Rachel Cusk and Sophie Mackintosh.

The obvious question is why. Sam Copeland, an agent and director at the prestigious Rogers, Coleridge and White literary agency and author of a series of successful children’s books, explains, “We don’t really know for certain, but we can hazard guesses. Twenty years ago there was publishing specifically targeted at men, whether it be football hooligan books or people like Mike Gayle, but that sort of market has died. Is it the case that we’re not publishing the right books? Publishing is a female-dominated industry and maybe we’re not publishing the right books for men to read.”

Writer and literary critic Jessa Crispin agrees. “It does seem like mainstream fiction has almost entirely been taken over by women the last couple years,” she says. “Now that Jonathan Franzen is writing about birds, David Foster Wallace is dead and Jeffrey Eugenides mercifully takes longer with each book, there aren’t those big guy names. Karl Ove Knausgard didn’t have the crossover appeal, he mostly circulated amongst the coastal crowd. They keep trying to make Ben Lerner happen, but his appeal is also limited to the same audience.”

Copeland raises the possibility that men are simply choosing to do other things with their time. Video games are one obvious time-suck for them, but the 10-percent gap existed long before they became a major cultural force. Sports is another possibility, but aside from watching a game or two a week, they aren’t going to take up enough time that you have to abandon books completely.

Crispin, on the other hand, cites the lack of a culture around books amongst men as a factor. “Women have book groups and Instagram accounts and so on,” she tells me. “I once had a man show up to the book group I hosted. He looked intensely uncomfortable the whole time, I guess not realizing he’d be the only guy. He was silent the whole time and then never came back.”

Add to that the major, career-making institutions like the book clubs run by Oprah, Reese Witherspoon and Goop. These are obviously going to push very specific kinds of books — i.e., Witherspoon is unlikely to recommend the new Dennis Cooper. There’s no male equivalent by a long margin, and perhaps no male celebrities with a large audience who could create one. Joe Rogan’s most frequently cited books are dorm-room stoner philosophy and self-help, PewDiePie’s first and only recommendation would be a book written by a certain German politician while in prison, and although I have no evidence for this at all, I’m going to say that Logan Paul can’t read.

As Copeland mentions, publishing is a “female-dominated” industry, but only in terms of raw numbers. “Right at the very top,” he says, “it’s usually dominated by men.” It appears that women do a lot of the real work in the industry, from editorial and marketing up to agenting and commissioning, but the C-suite is largely male. In other words, the glass ceiling is high, but it’s definitely there.

The men at the top are also likely to be older and upper middle class at minimum, so to the extent that they actually have any say on which books get published, they’re going to be interested in austere literary fiction and prestige non-fiction. They will probably have some idea of what other, less refined men their age read (World War II books and sports biographies), but they probably have very little idea of what men a couple of generations younger than them would be into. The women working below them will do their best to put out books for everyone, but since readers tend to read writers of their own gender, the books they put out for men will be books they’re unlikely to read themselves.

What would a book for a young man (let’s say from 18 to 40) even look like in 2020? With men ranging from effete Simps to barely domesticated troglodytes who think that wiping their ass is gay, it’s hard to tell. Crispin offers Laurent Binet and Virginie Despentes as possibilities. Binet’s HHhH is both the thrilling war story of a daring commando raid to kill the high-ranking SS officer who more or less single-handedly invented the Holocaust and the story of the writing of the story. Despentes’ three volumes of the Vernon Subutex books concern a record store owner who comes into possession of the last tapes of a dead rock star, and the first volume was nominated for a Booker Prize.

Threshold, a novel from Copeland client Rob Doyle, has an appealing level of depravity and self-absorption, making it ideal for a certain type of male in the way that Tao Lin was before he became an anti-vaxxer bore.

Personally, I’d recommend Nico Walker’s Cherry, a war story and a drugs story, which seems to be what a plurality of men are into, but told so sharply that I still can’t shake the description of the aftermath of an IED attack two years later.

The thing is, none of the above have had significant marketing and PR force put behind them — though HHhH and Cherry both got film adaptations — so they’re unlikely to find audiences outside of the kind of guys who read books anyway (so, tall dudes who are good at sex). “I feel like publishing now doesn’t know how to find an audience except for the suburbanite wine drinkers,” says Crispin. “We’re all supposed to read Sally Rooney, and look, if I were a guy, reading Sally Rooney might put me off reading all the other women writers, too.”

Which brings us to the other side of the problem — men themselves. As has been pointed out before, but which bears repeating: Y’all are majorly fucking up by not reading women writers. Yes, every gender, sexuality, race and age group tend to read people like them, and they all need to expand their horizons, but the problem of men not reading women causes more harm to the publishing industry and men themselves than any other. Book publishing is conservative; as Nathalie Olah says in her book Steal As Much As You Can, it “has accepted its fate as a marginal entity, whose responsibility is to serve the quiet, tasteful sensibilities of its middle-class readership.”

But fellas, there’s no reason why you have to be conservative. Say fuck it and read whatever looks cool in the pyramid when you go into a bookstore, read Rooney for all I care, read the weird and amazing things being published on small presses by writers who have day jobs. Read until you want to write, which can happen, then write the guy books for dudes that men are missing. 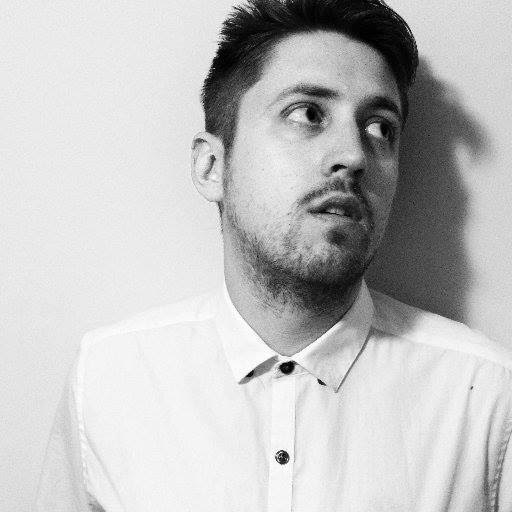