20 Years Ago, ‘The Thin Red Line’ Brought Vulnerability to the Hyper-Masculine War Genre

For decades, war movies presented audiences with the same myopic portraits of what it means to be a man. Then came Terrence Malick

I’ve never really cared much for war movies. It isn’t simply the way they often glorify violence — it’s the “ooh-rah” male chauvinism that defines so much of the genre. Because at their core, war pictures all essentially do the same thing: depict military service as a validation of old-fashioned notions of masculinity.

For decades, war movies have presented audiences with conventional and myopic portraits of what it means to be a man. Cinema has long embraced the notion of war as the ultimate test of manhood, romanticizing an environment where stereotypical and toxic facets of masculine identity are not just welcomed, but rewarded. War films, easily the most masculine of genres, have often endorsed the gendered characteristics that society indoctrinates into us as the true pillars of manhood: hyper-aggressive behavior, a lust for violence, physical virility and emotional steeliness.

But what does it look like when you strip away those stereotypical ideas of masculinity? What happens when soldiers are shown as introspective human beings who question the nature of violence around them? You get a Terrence Malick war movie.

The Thin Red Line is the first time I saw a war film that didn’t fixate on conventional ideas of masculinity. Instead, it used the landscape of war to peel away stereotypes of gender to question what makes us human. Malick’s 1998 film, which turns 20 years old this December, isn’t interested in mythologizing the hyper-masculine war hero. Instead it replaces the typical machismo that’s become synonymous to the war genre with vulnerability. Malick’s contemplative and transcendental approach to warfare swaps aggression with introspection, replaces displays of toughness with compassion and tenderness, and captures moments of beauty and solitude amid the horrors of battle. For Malick, war isn’t an opportunity to explore what it means to be a man, but what it means to be a human in a world engulfed by violence and chaos.

An adaptation of James Jones’ 1962 novel of the same name, Malick’s World War II film is loosely based on the battle of Guadalcanal that took place from 1942 to 1943, key word being loosely. On the surface, it has the basics of a war picture. There’s an infantry: the U.S. Army’s C-for-Charlie Company. There’s a mission: to seize control of the southwestern Pacific island of Guadalcanal from the Japanese. There’s a couple battle sequences and, in the film’s closest example of a stock war movie character, Nick Nolte’s apoplectic colonel who prides glory over his men’s survival.

That’s about where the similarities end and The Thin Red Line becomes less of a traditional war movie and more of a spiritual and philosophical meditation on the connectedness of all living things.

Like much of Malick’s work since Days of Heaven — and especially his more recent elliptical  efforts post–The Tree of Life — plot and characters are of little significance in The Thin Red Line. Though full of a cast of A-listers including Sean Penn, John Travolta, George Clooney and John Cusack, most of the actors get minimal screen time — as in maybe two scenes — and only a select few get more than a line or two of dialogue. (Malick famously left hours of footage on the cutting-room floor, scrapping numerous cameos and chopping Adrien Brody’s role down from the lead to a nobody soldier with two lines.)

It’s also no coincidence that most of the men look and sound the same; with short brown hair and average builds, they’re nearly indistinguishable. The film also blends the men’s voice-over monologues to the point that you’re never quite sure who you’re listening to. “Maybe all men got one big soul where everybody’s a part of,” Jim Caviezel’s Private Witt ponders in a voiceover. “All the faces of the same man. One big self.”

And that’s largely the point: The soldiers are less individual characters and more pieces of a larger totality, each one a window into the human experience. Malick’s often treated his characters like vessels for contemplating bigger ontological questions. The film’s voiceover soundtrack is like a quilt of the subconscious, soaring through the men’s minds as they mull over philosophical musings about the warring nature of life and death, compassion and cruelty, humankind and the environment, allies and enemies — dualities that straddle the thin boundary of the film’s title. “Why does nature vie with itself?” asks one voice. “War doesn’t ennoble men,” recites another. “It turns them into dogs, poisons the soul.”

Unlike the traditional war film, these soldiers aren’t defined by the weapons they carry, the violence they perpetrate, their physical strength, displays of heroism or expressions of machismo. Malick evades those cliches by getting inside his soldier’s heads to witness men at their most intimate and uninhibited, ruminating over questions all of us, regardless of gender, can identify with.

It isn’t just through the unconventional approach to narrative and character that differentiates The Thin Red Line from the films in its genre, but how Malick visualizes the realities of warfare.

While most war films fixate on the grit and blood of battle, Malick’s eye is more occupied with the fleeting moments of beauty and fragility that coexist with the ugliness of combat. His film mixes images of grisly violence — where bullets rip through bodies and grenades leave men legless and screaming — with tranquil shots of the natural landscape around them. Just before the brutality of the first battle begins, we’re treated with a heavenly vision: A sea of wind dances across the grassy hilltop as the sun moves from behind the clouds. Then cinematographer John Toll races behind the American soldiers charging uphill, but the camera remains low to the ground throughout, weaving through the tall grass. This is war through nature’s eyes.

The gruesome battle is interrupted more than once by close-ups of a dying bird squirming in the dirt with a broken wing and blades of grass splashed with blood. In one scene, Malick intercuts a young soldier slowly dying with a peaceful shot of sunlight streaming through the holes of a leaf. War has never looked this horrifying and this beautiful all at once. Instead of romanticizing the violence of war through the men’s perspective, showing it as war movies long have, Malick pulls back to capture it from vantage point of an omniscient presence – call it nature, call it God, call it the One Big Soul that so much of Malick’s work is on a quest to understand. Impatient audiences may call that poetic style boring or pretentious, and the cynical may find Malick’s spiritual sensibilities unmoving, but whatever your opinions are on the filmmaker, it’s hard to deny how his approach to battle sequences bring an unprecedented tenderness and grace to a genre that’s long glorified the brutality of war.

Some of the most striking images of The Thin Red Line that linger with me each time I revisit it aren’t of the battle sequences or even stunning nature cinematography, but those of men at their most vulnerable. After the battles, one U.S. soldier shakes uncontrollably in the rain as the last words of a Japanese soldier he watched die play over the soundtrack. He wraps his arms around his bare chest, throws his head back and weeps, as if his body, no longer able to ward off the trauma of what he’s seen, succumbs to a reservoir of pain in an instant. Earlier in the film, another American soldier watches as a Japanese man cradles the body of another, crying as he caresses his friend’s dying face in his hands. In both scenes we’re never told these characters names or backstories, or given any context for their suffering besides the obvious horrors of war, but we don’t need it. There’s a startling power to witnessing male soldiers break down and bare such raw emotion so completely.

The Thin Red Line isn’t interested in understanding how war and violence shape and define men, but seeks to interrogate the deepest, most unanswerable questions of the soul – that thing that exists outside of the body, beyond gender. Perhaps Malick’s film shouldn’t be considered a war film at all, but a lyrical poem about how brutality and vulnerability coexist within each of us. The workings of one mind, the features of the same face. 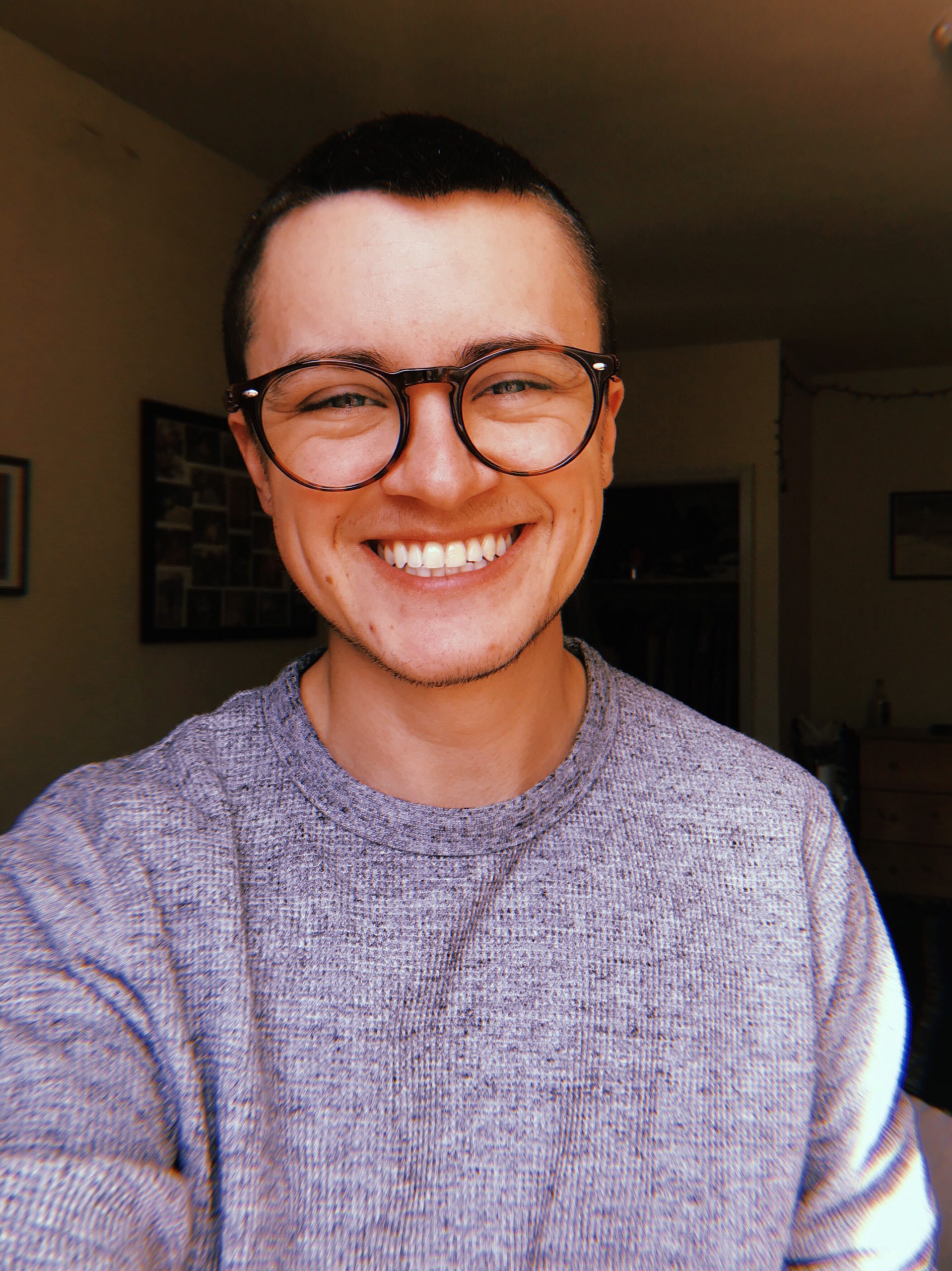 Oliver Whitney is a Brooklyn-based film critic and culture writer.