In this bleak war film, a boy goes through an odyssey of pain while discovering how much cruelty there is in the world. But sometimes the misery becomes monotonous.

Long before the pandemic, I knew a woman who was tempted to homeschool her daughter. The mother’s rationale? Her daughter was a sensitive girl, and she didn’t like what public school did to her. As the daughter once explained, “I mostly just learn how to be mean there.” It’s a challenge all parents face: How do you protect your kids from the world while also exposing them to its realities? How do you toughen them up without breaking them?

It’s safe to say that most parents will never have to worry about the sheer horror that befalls the unnamed protagonist of The Painted Bird, the severe new war drama that’s an endurance test for the character as well as the audience. Based on Jerzy Kosiński’s novel, this nearly-three-hour black-and-white film features a litany of society’s worst behavior, all seen through the eyes of a boy who slowly develops an inner steeliness in the face of the depravity around him. It’s a grueling movie that serves as a worst-case scenario of every child’s loss of innocence. But you may have a hard time appreciating that point because of the lengths that Czech writer-director Václav Marhoul goes to hammer the idea home.

Set in an unspecified area of Eastern Europe near the end of World War II, The Painted Bird stars nonprofessional Petr Kotlár as the boy, who at the start of the film is living with his grandmother out in the country. This is an unsmiling world — severe looks dominate the characters’ grim faces — but the boy’s circumstance quickly gets worse once his guardian dies. Utterly alone — we’re not sure if the boy, who’s presumably Jewish, has been separated from his parents, or if they’ve been killed — he sets off to find a safe haven.

What follows is an epic odyssey often marked by pain and terror. Divided into chapters, each one titled with the name of the person (or people) he encounters in that episode, The Painted Bird belongs to a very specific breed of war movie in which the cruelty is the point. Like Come and See or Son of Saul, this film drags us through hell, relentlessly showing us humanity at its ugliest so that we have an unfiltered awareness of just how terrible we can be — especially in the center of a desperate war-torn region. Any objections to Marhoul’s overkill merely feed into his larger thesis: You think this is bad? Imagine having to live through such an ordeal.

When Kosiński, who committed suicide in 1991 at the age of 57, published his 1965 novel, it was hailed for its autobiographical detail — the belief at the time was that the author drew from his own war experiences to craft a harrowing tale of torture, murder and depravity. But soon it emerged that the book was largely invented, a revelation that undercut its power. I haven’t read the novel, but after seeing the film, I think that one of Marhoul’s biggest challenges is justifying the amount of misery he inflicts on the viewer. If everything we witness actually happened to Kosiński, well, then the story has an undeniable moral authority. But since it’s fiction, you may catch yourself asking what exactly the impetus is to bombard us with such unceasing woe. None of us need be reminded that war is an atrocity — and so it’s debatable whether we need be reminded this often in the same film.

For much of The Painted Bird, the boy wanders this unforgiving land, meeting everyone from kindly priests (Harvey Keitel) to disillusioned Nazi soldiers (Stellan Skarsgård) to sadistic millers (Udo Kier), but he never stays anywhere too long — often because those along the path are usually dangerous or unhinged. Because we know nothing of the boy’s past — and because he shares little about himself — he’s a bit of a blank slate, a naif thrown out into the wild. That naiveté won’t last long, though: Nothing can prepare him for witnessing a man getting his eyes taken out with a spoon or a woman being penetrated by a glass bottle. Pedophiles run free, characters are devoured by rats and (in a scene that provides the film with its title) a bird is painted a different color than the rest of its flock. Soon, that bird is killed by its brothers because it looks different than them. The world is a terribly awful place.

Coming-of-age stories rarely come this bleak, and at first it doesn’t seem likely that the boy will survive this journey. Frankly, I’m not always sure I would, either. As someone who adores austere arthouse cinema — Tarkovsky, Tarr, you name it — I’m not afraid of films that put me through the ringer. (When done well, these seemingly “bleak” or “oppressive” movies have an almost religious purity to them, offering a transcendent emotional experience because of their intense formal approach.) But often The Painted Bird slips into a mannered miserablism that comes across as calculated rather than deeply felt. (In other words, that friend of yours who thinks all international cinema is pretentious? This movie is what he assumes those films are like.) From the perpetually cloudy skies to the resolutely downbeat tone, The Painted Bird is uncompromising but also a bit monotone. Think the boy has just survived the most horrible thing you can imagine? Give it five minutes and something else will come along to top it.

But if you can be patient, Marhoul slowly builds these incidents into a cumulatively dark illustration of how children — and perhaps especially boys — gain bitter wisdom about how life works. The boy starts off as sweetly cherubic, but whether it’s through his fellow humans or his run-ins with the animal kingdom — I haven’t even talked about the scene where he’s nearly pecked to death by some crows — he’ll be pummeled with hard-knock lessons on developing a thick skin. The Painted Bird holds out no hope that the goodness of one young man can make the world a better place. To hell with that: Either the boy figures out how to toughen up or he’s dead. Kotlár gives an opaque performance, but as the film reaches its third hour, that indecipherability starts to reveal a kid who’s internalized all the trauma he’s encountered. And, eventually, it’s going to come exploding out. 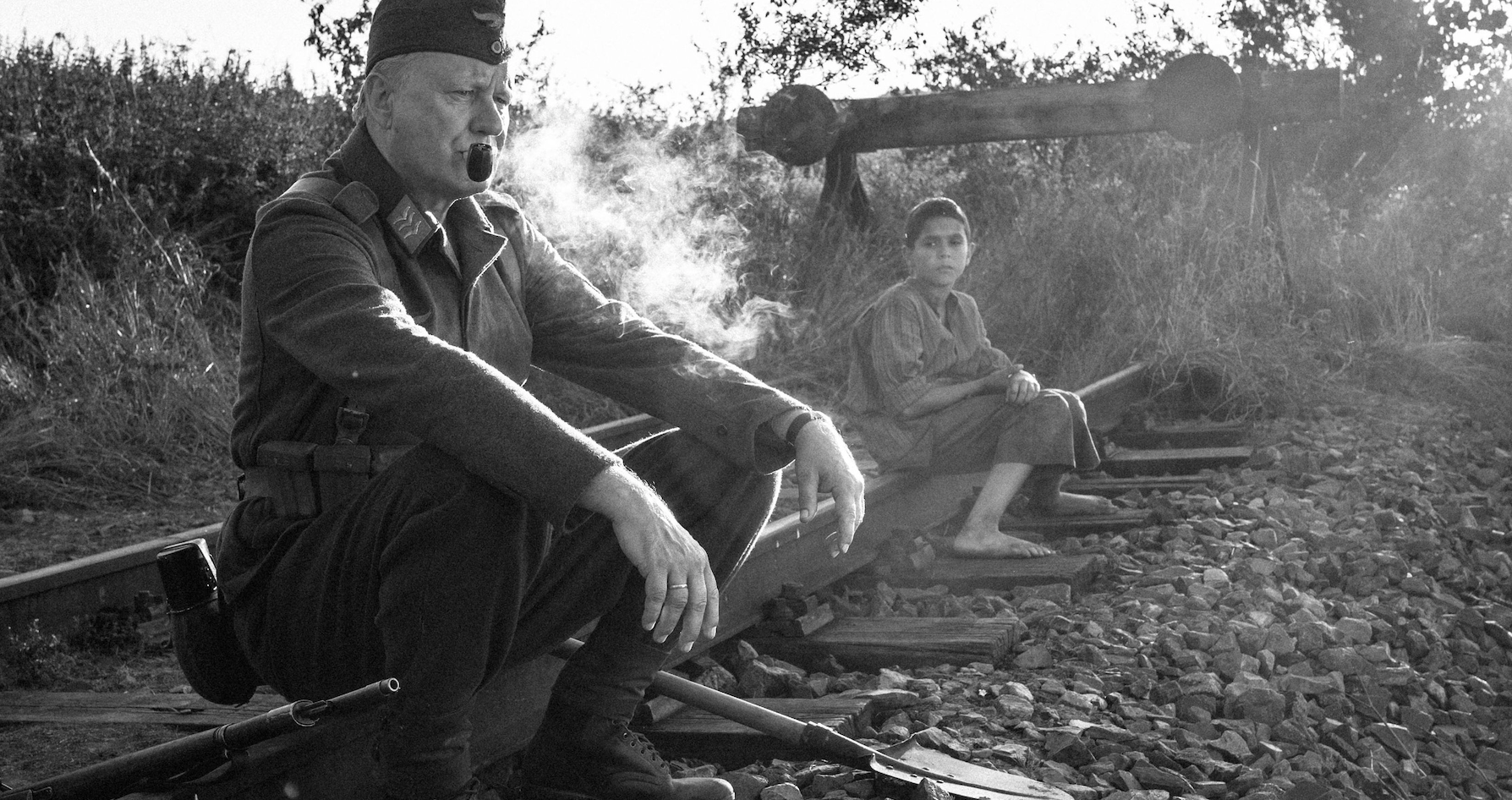 If The Painted Bird luxuriates in its world’s wretchedness, that doesn’t diminish the evil that exists in ours — or the way that young men replicate the anger and violence they see around them, deciding it’s the only way to blend in with the flock. I came away from the film exhausted but also unable to dispute the core of Marhoul’s glum argument. We’re surrounded by such inhumanity that it’s sometimes easy to become inured to how repellent it truly is. Despite its excesses, The Painted Bird puts us back into the vantage point of a child, forcing us to consider those horrors anew. As we get older, we grow immune to that meanness — or learn to adapt to it. Maybe we shouldn’t.