Chronicling five different lawyers’ battles with the Trump administration, the film is a stark reminder that #Resistance takes more than a hashtag — it’s tiring, demanding, dispiriting and unending

I don’t have much patience for what I call “Isn’t he a hell of a guy?!?” documentaries. This is a specific strain of nonfiction film that glossily profiles a subject, not really to shed new light on that person or present a complicated portrait but, rather, to just remind us how great they are. A prominent recent example was the 2018 documentary RBG. The film was about an eminently worthy individual, Supreme Court Justice Ruth Bader Ginsburg, but the treatment was so fawning and cutesy — look at her working out at her age! — that it actively irritated me.

There’s no shortage of such hagiographic docu-ads — often they’re about beloved musicians, artists or cultural figures — and they target a captive audience that’s predisposed to love the hell out of them. But the more a documentary tries to convince me someone’s a hero, the more I resist the hard sell — even if I actually do think the person is a hero. A little nuance and curiosity go a long way.

Initially, I worried that The Fight would be part of this ilk, and certainly it’s a largely admiring, rah-rah portrait of the American Civil Liberties Union (ACLU), the underdog organization waging war against the Trump administration. As with many left-leaning documentaries, The Fight plays to its liberal base, getting us riled up about all the right things and cheering in all the correct spots. But the film is at its best when it pushes beyond “Aren’t they amazing?!?” simplicity to get at something far more challenging and troubling. Looking at four different court cases, The Fight asks us to go beyond applauding these lawyers. The film demystifies its supposed heroes while making their work seem that much more heroic — specifically because it’s so grueling and sometimes soul-crushing.

Directors Eli B. Despres, Josh Kriegman and Elyse Steinberg, who previously worked together on the overly slick fall-from-grace Anthony Weiner documentary Weiner, crosscut between different legal battles the ACLU is fighting, introducing us to five of the organization’s lawyers. Lee Gelernt, the deputy director of the ACLU’s Immigrants’ Rights Project, tries to reunite an immigrant mother with her child after ICE separated them. Joshua Block and Chase Strangio, who specialize in LGBTQ cases, want to block a Trump mandate that orders transgender soldiers to be removed from the military. Brigitte Amiri, deputy director at the ACLU’s Reproductive Freedom Project, argues for an immigrant teenager’s right to an abortion. And Dale Ho, who focuses on voting rights litigation, will be going to the Supreme Court to oppose the government’s attempt to make one of the questions on the 2020 census “Are you an American citizen?” — the rationale being that all people living in the U.S. are supposed to be counted, even if they aren’t citizens, and that asking the question is an intimidation (and anti-immigration) tactic.

Running just over 90 minutes, The Fight can only delve so deeply into any of these cases or their legal ramifications — anyone seeking a more meticulous, procedural approach will be disappointed — but the filmmakers have the good fortune of having selected lively subjects. Each of these lawyers — several of them probably millennials — is passionate and smart, but they also look a little overwhelmed by the immensity of the task in front of them. One of the things that comes across clearest in The Fight is that these people are overworked and exhausted. The directors add a few “adorable” humanizing moments — Gelernt, the oldest of the group, is a brilliant legal mind but useless when trying to figure out technology — but for the most part, thankfully, the film stays away from reality-show superficiality.

This isn’t a contest or a rose ceremony: If these attorneys fail in their legal arguments, lives will be destroyed, possibly permanently. You see the weight of that responsibility on their faces. 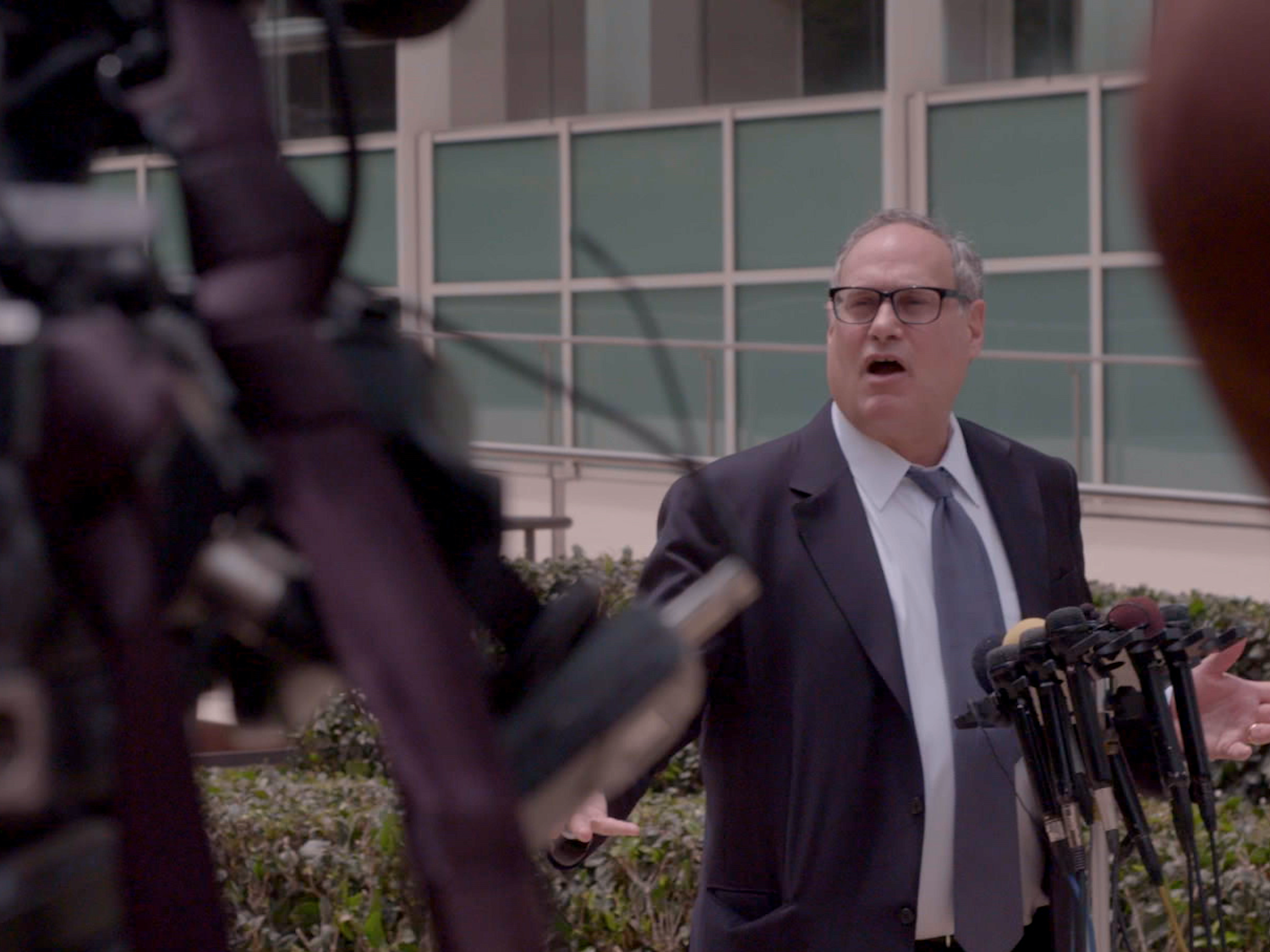 With a documentary like this, it’s very easy to be on the subjects’ side. Replay a handful of Trump’s most obnoxious quotes about his Muslim travel ban, and you can pretty much guarantee the audience will be rooting for the ACLU. Even so, The Fight features little heart-on-its-sleeve proselytizing from these lawyers. Instead, we see the workaday process of how our legal system works. Closing arguments are anxiously rehearsed in hotel mirrors. Desks are filled with paperwork, and attorneys cram late in the night, knowing they’re due in court early the next morning. It’s not that these lawyers don’t care about the immoral and illegal aspects of Trump’s policies —  it’s just that they’re too busy doing their job to state the obvious. There’s no time for such grandstanding when they’re part of a nonprofit constantly staring down impossible deadlines and the full power and resources of the federal government.

And while The Fight clearly wants you to applaud its subjects’ efforts, it also injects enough tonal shading to keep from being a cozy love letter to the ACLU. The directors mention that the organization’s fight for individual rights extends to everyone — even people the left-leaning audience won’t approve of. (The deadly, ugly 2017 Charlottesville “Unite the Right” rally? The ACLU, which is officially nonpartisan, defended those bigots’ right to protest.) The Fight pauses to consider what “civil liberties” mean — and whether the ACLU doesn’t sometimes shoot itself in the foot by backing hate groups. (Tellingly, higher-ups in the organization who are interviewed on camera don’t necessarily see eye-to-eye on the issue.)

No matter how you feel about that policy, the fact that The Fight broaches it at least keeps the proceedings honest — not to mention forces the viewer not to just mindlessly embrace the organization as unimpeachable saints doing the lord’s work. Democracy is a lot messier than that. 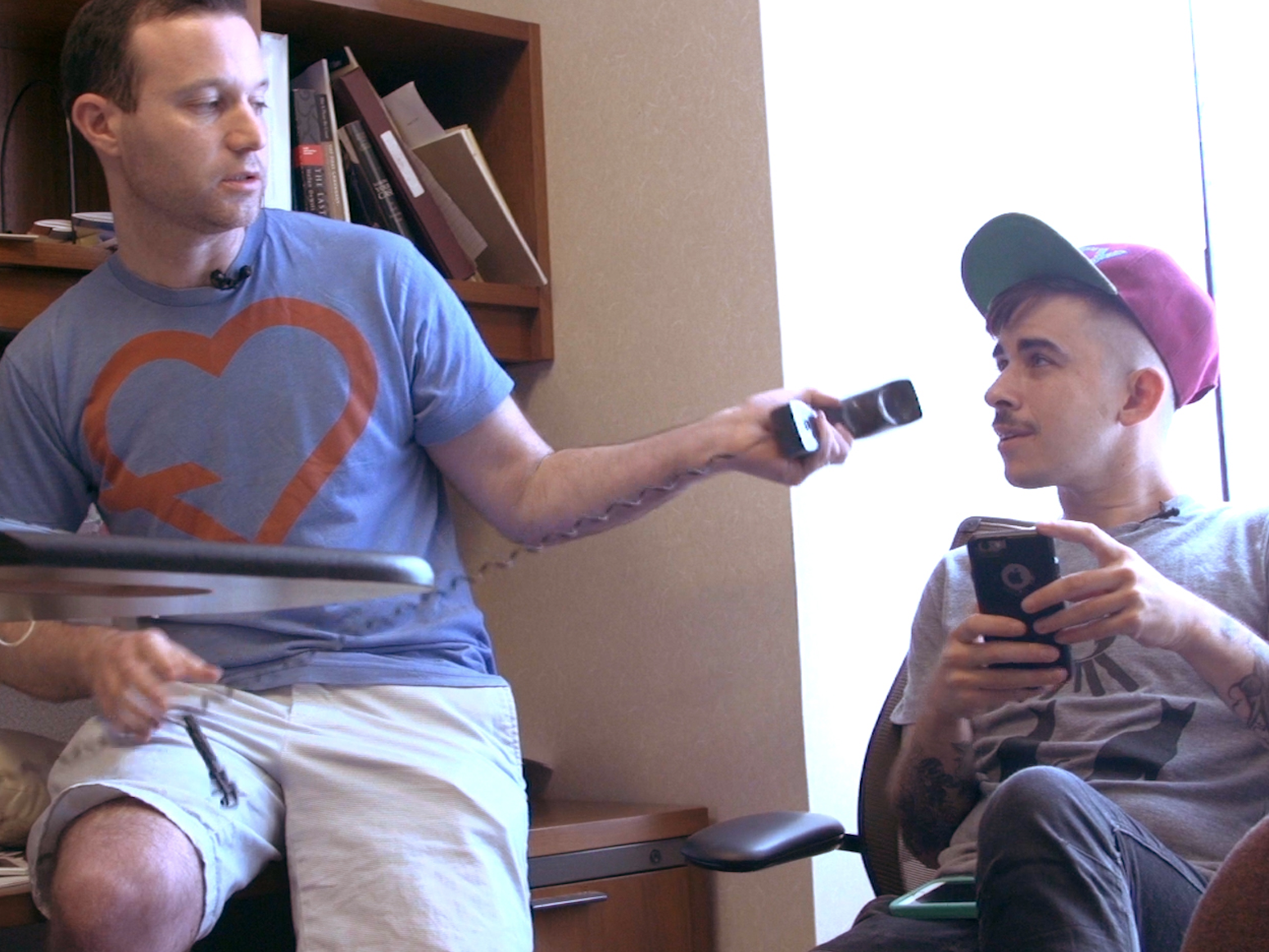 What’s not really expressed in the film — at least not initially — is the sheer impossibility of the task the ACLU has in front of it. On social media, the organization’s Twitter feed tends toward a brash, defiant tone, almost like it’s a caped crusader swooping down to defend civil rights and save the day. That online stance is heartening — especially during the early days of the Trump administration, the ACLU felt like one of the few bright lights left in the darkness — but as you see these lawyers grind, pulled away from their families and loved ones to fight these cases, you start to see the toll that it takes. Even when the lawyers secure a legal victory, the battle doesn’t end — the Trump administration will just reword its executive order to get around the court’s objection, setting in motion a new round of fighting.

Perhaps that’s why, near the end of The Fight, the filmmakers drop any pretense that we should just sit back and treat their subjects like heroes. For one thing, these lawyers don’t want that — and seem actively annoyed about such glib hosannas. “A lot of people have been running up to us and saying things like, ‘You’re our hope against the forces that have put Trump in power and you’re going to be what’s gonna stop this thing,’” Ho says. “And I think that’s wrong. Like, we’re not gonna be able to stop this thing ourselves. I mean, we’re, like, two-and-a-half floors of a building in New York. … It’s not gonna be lawyers in courts — it’s gonna be people who turn the ship around.”

Ho’s comments are made with a certain amount of exasperation — he’s not interested in being told what a hell of a guy he is. The Fight lets him have one of the final words because he can see the long war ahead, and he’s asking the audience to join in that war. My aversion to fawning documentary portraits of everyday heroes is that they can discourage us from personally engaging in the hard work — cheering on Ginsburg is significantly easier than being politically active ourselves. No doubt many will watch The Fight to boost their spirits about the good guys out there fighting the bad guys in the Trump administration. But Ho’s charge is also the film’s: What are we doing to help in that fight?