As cannabis continues its slow roll to mainstream acceptance and legality, America has grown familiar with a compound in the plant — cannabidiol, or CBD — that doesn’t actually get you high. Fancy that! So many of us grew up listening to a D.A.R.E. officer saying pot would microwave our brains that we never dreamed there was some other, boring side to the drug. Don’t get me wrong: many find the anti-inflammatory and anti-anxiety qualities of CBD to be nothing short of life-changing. And proposed medical applications, from brain trauma to epilepsy, are promising. It’s just that CBD’s ubiquity these days has little to do with its potential benefits.

This stuff has flooded markets from coast to coast, often in advance of legal products with THC (tetrahydrocannabinol), the psychoactive component of marijuana. Last January, I visited New York, a state where efforts to bring about a recreational pot economy have consistently fallen short, and you couldn’t stroll down the sidewalk without tripping over a sandwich board advertising CBD OIL HERE!!!!, the arrow pointing at, like, a mom-and-pop hardware store. But even here in L.A., where buying a joint that’ll keep you stoned for a week is easier than getting stuck in traffic, the CBD mania is inescapable. At first, it was a sort of novelty. Dispensaries carried a few products as non-threatening options for customers nervous to try potent cannabis; mixologists, too, experimented with CBD cocktails — which later vanished.

Rather quickly, however, everyone had to offer CBD somehow. The same month I observed its rise on the East Coast, I came across this promotion in West Hollywood, not far from home:

CBD… pizza. I’m sorry, nothing justifies this. I know that terpenes, the aromatic oils that give weed strains their unique flavors, have become a cutting-edge ingredient for foodies, but if you’re heavily invested in both the outcomes of CBD consumption and the taste of pizza, it’s still unlikely you’d see the need to combine them. Why not take your CBD and eat regular pizza afterward? It’s not as if we’re trying to combine medicine and fast food elsewhere in our lives. Yes, McDonald’s is bound to have Adderall-infused chicken nuggets within the next decade — that doesn’t mean we have to accelerate the process. Everyone take a deep breath and relax. 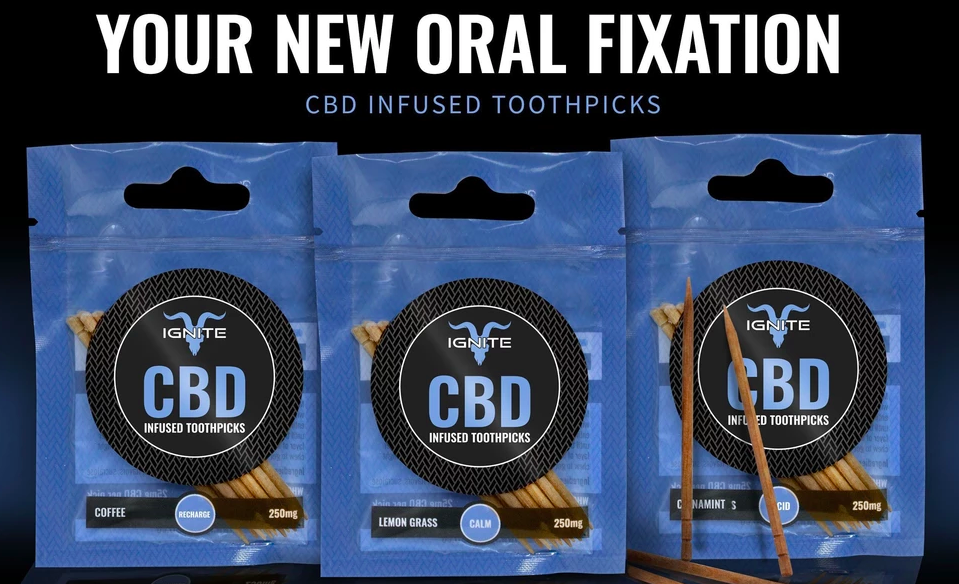 As for the above toothpicks, how exactly do they work? Am I releasing CBD vapor into my sinuses when I bite down on one of them? How hard do I have to gnaw for it to work? Products like this one add to the growing impression that CBD is a 21st-century snake oil with a vague or dubious set of advantages — a worry underscored by repeated FDA warnings that retailers and manufacturers quit overselling it as a magical cure-all. Not to mention, research on the cannabinoid has so far lagged well behind the hype. And because it’s marketed in a regulatory gray area, fake CBD is a real problem. The confusion is multiplied by the subtlety of the claimed effects: are you really calmer, in less pain, and sleeping better because of CBD, or would a placebo have the same result? 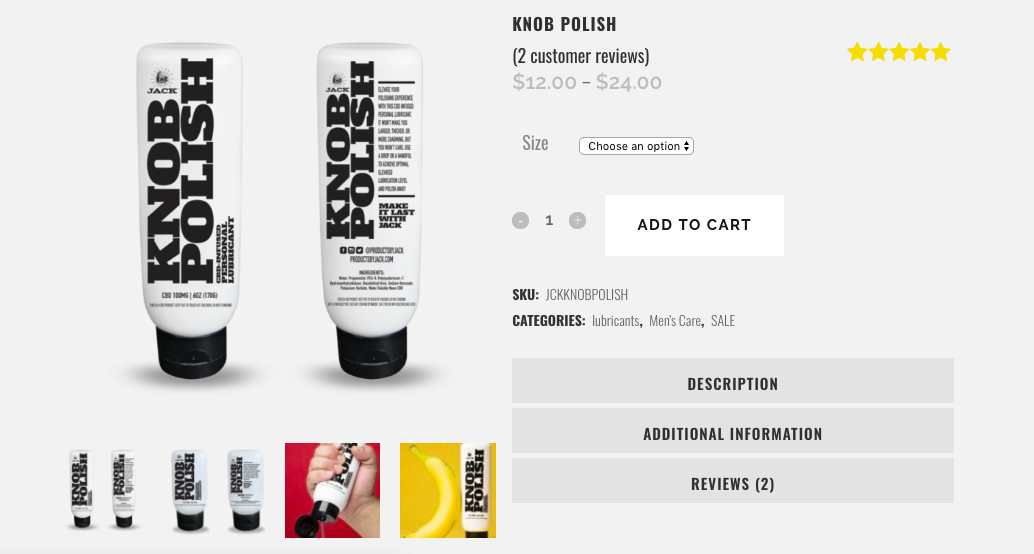 Okay. Now we’re looking at CBD lube. This is fine, and I’m not having a stroke, at all. CBD topicals and creams are certainly common. Maybe they actually do something. Maybe shampooing with CBD and bathing in CBD bath bombs is essential self-care. Maybe the substance pictured above makes your boner extra-chill. Or perhaps we’ve hit the threshold of Poe’s Law, where any cannabis item you care to jokingly pitch — CBD lube, for example — has already been invented, packaged and written up by someone who sampled it. To quote a dinosaur classic, “Your scientists were so preoccupied with whether or not they could, they didn’t stop to think if they should.”

In some ways, this unchecked enthusiasm for the next CBD gimmick mirrors the Green Rush that propelled the corporatization of weed. Some investors have argued that the pot industry, at first a wildly profitable bet, now bears “all the classic hallmarks of a bubble,” one already in the process of bursting. And any contraction seems destined to cull the absurd range of CBD offerings. 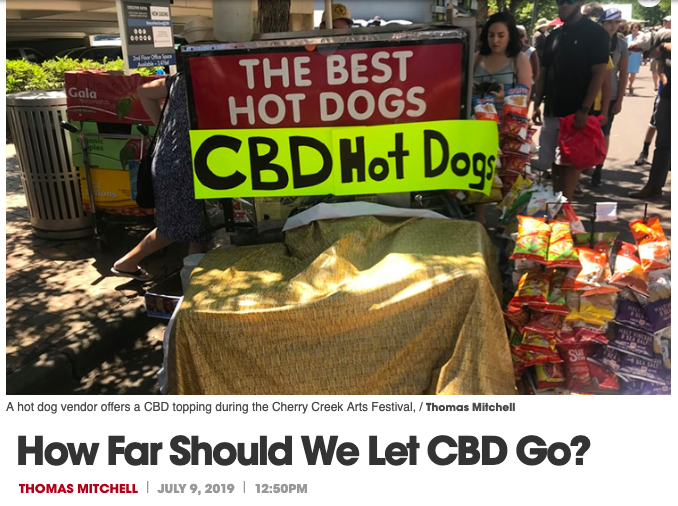 Or not. There, as Denver alt-weekly Westword reports and you can plainly see, is a vendor selling hot dogs topped with CBD — a concept that a popular meme account on Twitter had tossed out for a laugh only six months prior. But hey, that taste sensation ought to pair well with this CBD sparkling water. Oh man, do you remember when we drank water that didn’t have CBD in it? The dark ages! These days you gotta carry tincture so you can dump it in your White Claw when you’re raging with the lads for Hot Boy Summer. Also, my rap name? Lil CBD.

Seriously, though, no hate to the CBD-heads out there. I only hope you’re aware of how silly the whole fad has become. We’re in the salad days, folks, and soon cannabidiol will take its rightful place among the perfectly nice, dull supplements we don’t add to literally every cuisine and body lotion.

Then we can return our focus to a far more important matter: the healing power of crystals.