For better or for worse, music translates into personalities. From the morbid goth and the edgy punk to the K-pop stan and trap rap stoner, there are as many kinds of fans as there are sounds. These various tribes are of course represented online, where they can trade recommendations and feud over album rankings. Most have an ecosystem of memes.

A particular branch of guitar rock known as “shoegaze” has given rise to surprisingly robust content — and it could be the nature of the subgenre that lends itself to amusing shitposts.

For the unfamiliar, shoegaze comprises a range of bands that tend to favor heavy, textural guitar effects for dense, swirling, dreamlike atmospheres (which can also be quite loud). It is so named because its leading figures would play shows with their eyes cast down at their shoes — or, actually, the complicated arrangement of pedals they used to create their reverb-drenched soundscapes. The heyday was back in the early 1990s, and Kevin Shields, of the band My Bloody Valentine, is seen as the godfather of the movement. There also isn’t much debate as to the best shoegaze record of all time: It’s MBV’s sophomore album, Loveless, released in 1991. As a result, its distinctive hazy pink cover is everywhere on the shoegaze meme accounts.

There are other shoegaze bands that have acquired their own in-jokes — not being able to understand the flighty, distorted lyrics in any Cocteau Twins song, for example — but as the aesthetic is so tightly affixed to Shields and MBV, the great majority of the memes invoke them and, over time, an inability to talk about anything else. Loveless itself looms as a work of groundbreaking genius that supposedly helped to bankrupt Creation, the group’s label, with staggering production costs; fans prize its crushing roar, which they admiringly refer to as “vacuum cleaner noises” and they use the onomatopoeic phrases like “dut dut dut dut vreeew vreeow” to transcribe the the first bars of “Only Shallow,” the track that kicks off the album.

Shields, meanwhile, is known to be a withdrawn perfectionist. His devotees waited 22 years for a follow-up to Loveless, 2013’s m b v, and now constantly complain about the glacial pace of his output even as they return to the extant material that has come to define their listening lives. 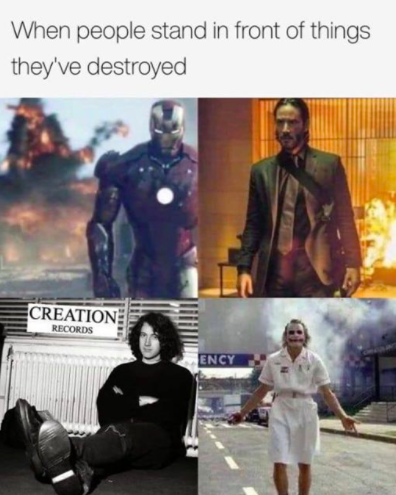 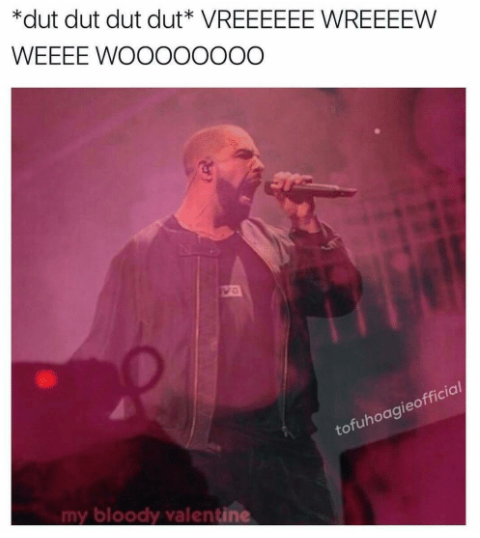 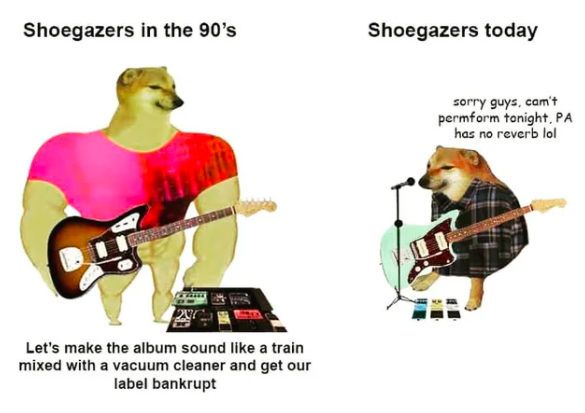 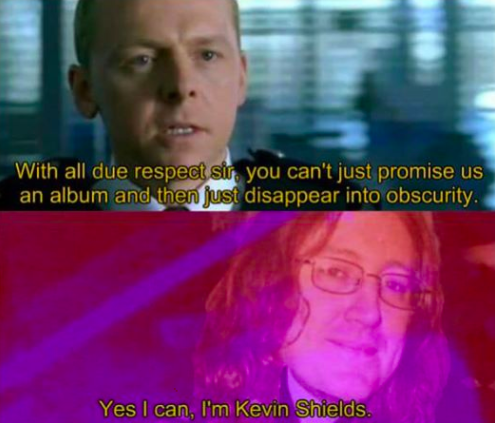 In such a narrow niche, with a limited supply of music to draw from, the shoegaze shitposters end up celebrating their outsider status. They stand well apart from contemporary trends, frozen in time; m b v isn’t even available to stream on Spotify. That’s okay, since these are also audio snobs who would rather have the vinyl and a pair of high-end headphones so they can really drift away to the swooning guitar that never, ever gets old to them. Shoegaze was perfected when it was invented, meaning there’s no great need for any more, and fans have learned to distrust Shields’ promises of imminent new stuff. It’s all about the classics, which have come to serve as a comfort and escape.

What you have, then, is a community grown out of Shields-like introverts who have bonded over listening to Loveless alone at 3 a.m. during a bout of insomnia. 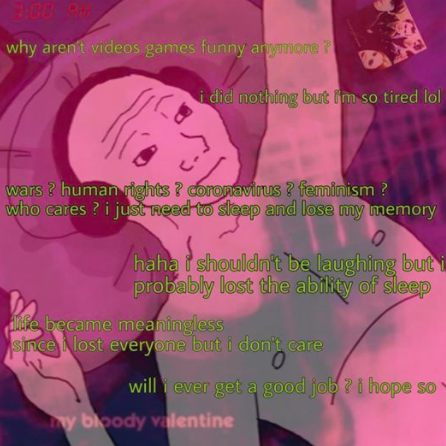 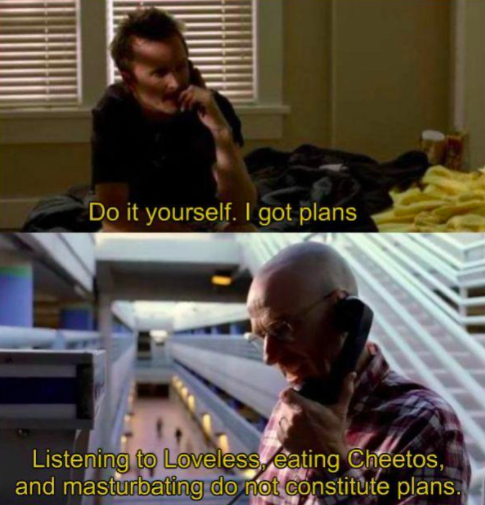 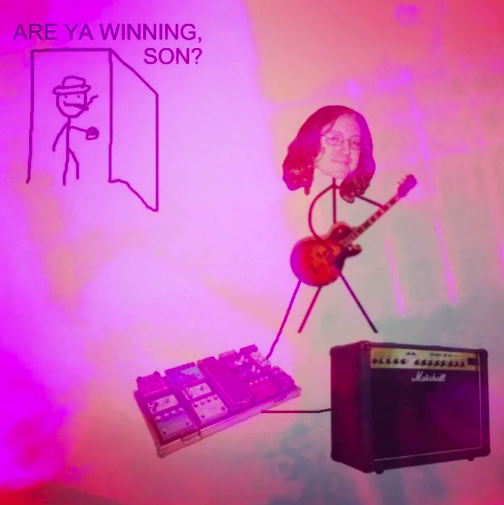 Will these repetitive jokes turn stale?

I doubt it. The mood of shoegaze allows you to always sink deeper, down toward a molten core of purifying noise. It has an irresistible gravity. Its admirers can’t quit the feeling of losing themselves — to the past, or a shimmering moment in the evolution of sonic pleasure. The more things change, the more shoegaze stays the same.