Stallone is the romantic ideal of the tough-guy single father, a hero who’d go to ridiculous lengths to show his son he’s loved. I adored it — and now, 32 years later, I’m still getting choked up

Like a lot of kids with divorced parents, I built up no small amount of mythology around my family. So naturally a movie that trades in these myths was a big hit with me when it came out in 1987. It didn’t hurt that it also featured big trucks, competitive arm-wrestling… and Sylvester Stallone.

The film Over the Top is really something. It isn’t quite bad enough for a midnight hate-watch but resides somewhere in the uncanny valley between awful and so-bad-it’s-good. The film concerns a deadbeat dad who tries to make up with his snotty, well-to-do son by entering an arm-wrestling competition. Other things happen, but really that’s all anyone needs to know about what they’re dealing with here: a dad, an arm-wrestling competition and an arrogant kid who loosens up and learns to live and love.

Sylvester Stallone plays the dad, an owner-operator truck driver named Lincoln Hawk. He is tasked by his ex-wife with transporting their son, Michael, from military school cross-country to her home — an odd choice, given that she’s on death’s door from some unexplained illness and, in fact, dies before they arrive. Initially the kid distrusts Hawk. And why shouldn’t he, given that he’s been absent from his life for the past 10 years? But Stallone’s droopy-eyed machismo wins him over, even in the face of absurdly disproportionate outrage from the kid’s villainous grandfather, played by Robert Loggia. At one point, Loggia’s character hires some thugs to kidnap Michael and bring him home (which is somehow not horrifically traumatizing?), a scheme which the dad thwarts by staging a rescue.

After Michael’s mother dies abruptly, he agrees to stay with his grandfather, but then changes his mind after finding a bunch of letters his dad had written him over the years, which the grandfather had hidden. Hawk enters an arm-wrestling competition (which doesn’t seem like it should be a progression of the plot up to that point, but somehow is), the prize money of which he plans to use to buy a new truck. Michael flies out to meet his dad, just in time to watch him beat his arch-nemesis, another cartoonish villain seemingly styled after Bluto from Popeye. Over the Top is like if the paternal vibes between Daniel and Mr. Miyagi in The Karate Kid were made painfully explicit, and the final fight scene were replaced with a sort of Nickelodeon Double Dare–style game show literally on steroids.

It’s easy to see why such a movie would appeal to me. At 9 years old, I was an alienated child of divorce not unlike the boy at the film’s center. Like a lot of kids in this situation, I craved the empty dramatics of a big gesture, moments engineered by divorced parents to make their kid feel special. The new bike. The impromptu trip to Disneyland. Such ploys for parental absolution are all a part of the package. Over the Top seems to have been made with those gestures in mind. It showcases the romantic ideal of the tough-guy single dad, a hero who would go to ridiculous lengths to show his kid that he was not only loved but the object of an actual fatherhood quest, with calls to heroism and real arch-villains included. In other words, this movie was made for a specific target audience — divorced dads and their sons — and I was right in the middle of that demographic.

I loved Over the Top. I don’t think I ever explicitly tracked the similarities between the film’s central character and myself — give me a break, I was a kid — but I loved the steadfast devotion Stallone’s character shows his son, and I especially loved how all the hero’s problems could be solved through macho shows of arm strength. The underdog ethic appealed to my sense of justice, addled and immature though it was.

And let’s not forget the soundtrack. Not even counting the synth-heavy score, the film’s music was an explosion of ’80s hair-rock hitmakers. Sammy Hagar, Eddie Money, Asia, Frank Stallone (of course) and Cheap Trick’s Robin Zander all made appearances. But the real star was Kenny Loggins and his song “Meet Me Half Way.” While the song is objectively awful, its narrative evocations of a dad singing about his devotion to his son, as well as its easy sentiment, pairs well with the film.

The other day I heard “Meet Me Half Way” on the radio and was caught off guard by how emotional it made me. The idea of halfway meetings should be familiar to most children of divorce. Typically speaking, some measure of coordination goes into a kid traveling from the house of one parent to another. My parents would often meet at a neutral, agreed-upon location, usually a restaurant, to hand me over and check in with each other. The film, and song, draw on the idea of “meeting halfway,” both as a metaphor for compromise and as a real lived contingency.

As I sat there in traffic, this cheesy-ass song made me cycle through emotions I didn’t realize I even had — a sense of missing my parents (which is even more acute now since my mother has passed on), feelings of loss, hope, even betrayal. It shocked me how close to the surface all this was. I’m sure it has a lot to do with the fact that I’m a dad myself now, that I’m looking through the other end of the telescope, as it were. But still, I couldn’t help feeling ambushed by this dumb song.

This all made me start to wonder about the role of bad art in one’s aesthetic sensibilities, and how a relationship with a certain work sometimes isn’t based on its worth, or even liking it at all. Some things just hit you in the right way. The internet is rife with dedicated fans singing the praises of some forgotten subgenre. But what about unremarkable, even hated art that still somehow claims a strong hold on the way we view the world? For me, Over the Top is exactly this: a sort of guilty pleasure that is neither pleasurable nor guilt-inducing, just weirdly evocative.

Bad art can sometimes motivate difficult feelings. The effect isn’t really about nostalgia, not about wanting to regain a feeling that is lost. It’s more about how weird, unwanted emotions lurking just below the surface sometimes get dredged up in unexpected ways. Sometimes the reaction you have for a piece of art from your childhood hasn’t changed, even though you have. Your aesthetics may have broadened, but a terrible movie about an arm-wrestling trucker still gets to you. You’re trapped into receiving bad art as if it were good, even while cognizant of the difference.

This sounds like a bad thing, but for me, it was humbling. It had the effect of stripping away pretension, both about the mystique surrounding what I viewed as aesthetically worthy, and the mythologies I had built around my past.

Resentment can calcify into less overt forms of psychological pain — cynicism, a certain sarcastic perspective on life. And such attributes can make their presence known in artistic reception as readily as any other venue. That’s why those internet ghouls who drone on endlessly about their obsession with Ghostbusters or Star Wars, while certainly expressing heartfelt opinions, seem so embittered and small. These sad men (always men) are trying to hold onto the feelings they had as children about art they loved. But they seem less interested in interrogating what lay behind those feelings, what sense of lost innocence they may be repressing. With Over the Top, it was impossible for me to harbor any illusions that the film was really the thing I was after. It was always something else, something deeper that showed the movie itself — in all its awfulness — to be sort of beside the point.

What Over the Top taught me is that art is sometimes less about what it is than what it does. We all want to be loved. We all want the scariest thing in life, whether it’s divorce or the thugs your grandparents hired (?) — not to be that big of a deal. This truly bad film does one thing spectacularly right: It reminds grown kids like me of a time when admitting that was a little easier. 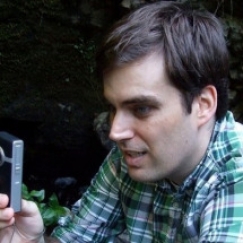 Nathan Pensky is a writer and Ph.D. student at Carnegie Mellon University.