The Chicago schoolteacher turned art-rap pioneer invented his own lane in music. Trust him when he says it’s time for hip-hop — and men — to evolve

In collaboration with Junior High, a not-for-profit in L.A. dedicated to creating space for marginalized voices in the arts, MEL has produced a special print issue focused on contemporary masculinity. For the Men’s Issues Issue, six men from the L.A. area picked someone close to them to conduct an original interview about what it means to be a man today. In these conversations, which will run on MEL throughout the week, they talk about how societal expectations impact them and their work and what they think the best path forward is for men. Next up — rapper Open Mike Eagle, interviewed by one of his early fans, music journalist Jeff Weiss.

To purchase a copy of the print issue — as well as a tote and pin — please click here.

For the first few years of the last decade, I was an Open Mike Eagle evangelist. Back then, people seemed sourly perplexed by the notion of a deeply ironic, depressive, former schoolteacher who grew up on the South Side of Chicago. He called what he was making “art-rap,” claimed to be haunted by the ghost of James Baldwin and issued erudite digressions about They Might Be Giants deep cuts. He was hilarious and brilliant and — like all things truly original — no one knew what to make of him at first.

Eventually, the world caught up. Suddenly, Mike Eagle was selling out tours all over the world, blowing up in his mid-30s after releasing Dark Comedy — one of the most harrowing, poignant eviscerations of late capitalism ever laid to wax. Like all of the best comedians, there is a deep sadness to Mike. He sees too much, and remains all too aware of our human foibles and limitations. He’s too self-aware and self-effacing to ever admit it, but he is one of the most important figures of the last decade of rap. He invented his own lane and expanded it wide enough for the next generation to understand that rappers could be anything.

We’ll just start out with a really difficult question: What do you feel are the societal expectations placed on male rappers in terms of masculinity?
Not enough. There’s just not enough expectations — it’s very low. You get a pass to kind of do whatever you want, which is weird to me. I don’t know why rappers don’t get held to any sort of standard.

I think people would argue, maybe not the rappers, but some of the critics defending it, that music is a place for transgression. It goes back to the old Snoop argument, where he said that misogyny and violence existed long before rap and their place in rap is merely a reflection of American culture, not necessarily something that stems from the people rapping about it. And there is always something a little weird when white critics make these projections or judgement calls on predominantly black men who often grew up in lower-class communities. It’s like, who are you to condemn them when you didn’t grow up in that type of environment?
I don’t know, man. I’m from there. I lived in all that shit. I think it’s really weird. There’s something sinister about how it’s allowed; it just makes me feel strange. I’m sitting next to my son and he’s listening to a song, and I really want to critically investigate every line because so much of it’s really hateful and demeaning, you know? And I feel like in a lot of other media we consume, we do challenge that.

Do you think misogyny in rap is more of a reflection of the places rappers come from, or do you think it’s a reflection of pop culture that they absorb, or both?
There seems to be almost a value placed on misogyny. There should be some sort of expectation to treat women like human beings. And I ain’t no angel. I’m just talking in terms of what people say in songs, it’s so automatic.

Do you think part of it is the problem with America itself, where it’s a country that’s worshipped the outlaw mythos for 150 years? It’s a country founded in violence toward women and minorities.
I get all those as arguments. But it just doesn’t seem to be allowed anywhere else — in TV, movies, stand-up comedy…

That’s interesting because stand-up comedy would probably be the most natural analog. People would argue that, in and of itself, comedy is supposed to be a transgressive place.
But it’s not. It’s not allowed to be, and I think with good reason. A lot of what pushes back against that is people genuinely questioning if what someone said is actually funny, or is it just making some disadvantaged community the butt of a joke?

People have been using the medium as an excuse. I can say whatever I want — it’s comedy or rap. But maybe try a little harder to not, you know what I mean?
Right, and the thing that’s really funny to me is that a lot of people who are on the other side of that argument, if you went back 50 years, would be defending racist jokes.

I think it comes down to a fundamental problem with men in particular. Something they typically have is a deficit of empathy. You grew up on the South Side of Chicago. When you were a young artist coming up,  did you feel a pressure to conform to the norms of masculinity that were expected?
Yeah, definitely. I grew up alongside hip-hop.

The first rap I heard was N.W.A., and Eazy-E was just saying the craziest shit you could think of. Too Short was saying even crazier shit. And this was shit we would sneak and laugh and listen to. I would think those things were enjoyable and entertaining, but I never felt like I had any license to talk like that, for example, the gay slur stuff.
That was something that represents the time. The first time I heard somebody criticize Eminem for it in the late 1990s, I was like, “Oh yeah, that is bad. We totally shouldn’t be doing that.”

It came from internalized homophobia that was so normal. We all just tossed stuff like that around all the time with no thought at all. And I’m really lucky that I wasn’t recording back then. That’s what would come back to haunt me — a lot of the stuff I said when I was young.

It does feel like you’ve subverted the traditional tropes of masculinity in your music.
I don’t think about it consciously, because I come from underground music, where it’s super okay to always do your own thing and you’re almost expected to. I always just try to write about what I’m interested in. I try to make my songs be what it’s actually like to talk to me, and I don’t talk like that.

I’m thinking of your work with Hannibal Buress, the first record in 2010 — Unapologetic Art Rap. This was the post-Lil Wayne era, and you’re out here talking about hummus and driving a Yaris!
I think it’s a byproduct of me trying to be a genuine person in music, which I guess, in and of itself, is an active rebellion in rap.

Hip-hop is obviously a predominantly Black art form. In terms of masculinity, how do you feel that shapes the expectations placed upon you?
Some of the most interesting and effective things we’ve seen in pop culture, in terms of rap, is people on high levels changing their image effectively. The ways people interact with the images of rappers is a lot more complicated than people think. And if you look at kids these days, they’re getting popular and they’re not the classic traditional street rapper.

Lil Nas X. There’s a certain radical thing that he did.
Yeah, absolutely. But Lil Nas X is a bit of an outlier just because his whole thing seems to be based on a curveball of marketing moves. Of course, there’s quality music behind it, but I’m talking about the organic kind of music rising out of SoundCloud — that generation. There are a lot of options and a lot of ways that people are willing to engage with them. So I don’t think the weight of societal expectations is as heavy as we might want to think it is.

At least in the last couple of years, there’s been a real evolution in that sense. But say you made an album about the projects — it wouldn’t be from the perspective of someone like Chief Keef. Do you feel like there’s a certain prejudice against that, as if the music isn’t as authentic as someone who’s rapping in a more nihilistic, misogynistic way?
I kind of want to do an experiment one day where I make a song with the energy and force of one of the bigger Chief Keef songs. I’m curious what I’d say about the same topic, and what the effect might be.

That’s interesting, right? Think about “Swimming Pools,” by Kendrick Lamar. It’s a banger, but it’s really a lecture on alcoholism when you dive into the lyrics.
That’s a testament to what I mean. I tend to think music is more about the energy than the content. I’m starting to think that, anyway.

There’s a lot of validity to that, and people will buy into whatever you’re saying. So what are the values you’re trying to teach your son in terms of masculinity?
When I think about my son, he has a strong understanding of how he expresses masculinity as a choice. He knows it doesn’t have to go along any particular lines, and it certainly shouldn’t have to involve any negative or condescending energy toward femininity.

He has aspects of him that are feminine, and he knows gender isn’t a binary. It’s not a black-and-white situation. But we do have to constantly talk to him about the cues he gets from society that run opposite to that. So it really is about songs and talking about TV and movies. A lot of times it pisses him off, because he’s just trying to enjoy something.

Men need to talk to each other about the things we’re saying, thinking and doing. We have to be really honest and try to come up with more sophisticated ways to process our negative emotions. Part of the reason why misogynistic, racist and homophobic feelings get aired behind closed doors is because that’s how people process their feelings. But if we could come up with better ways to discuss “inappropriate” behavior, that would help create a less toxic environment. 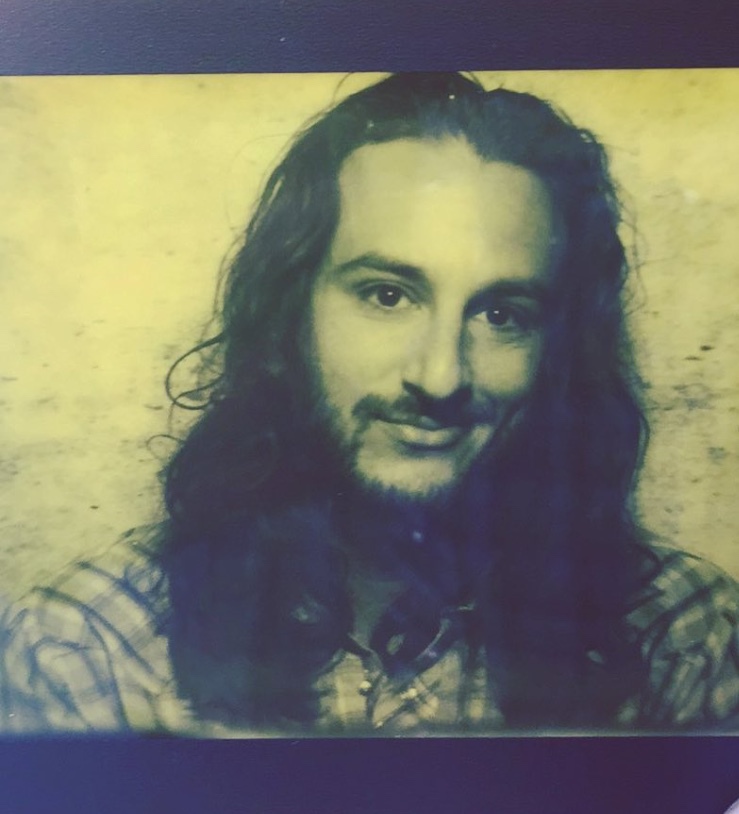 Jeff Weiss is the founder and editor of POW (passionweiss.com), as well as the co-editor of theLAnd Magazine. His work has appeared everywhere from the Washington Post to the LA Times, GQ to Pitchfork.