The Nurses of the Intactivist Movement

The anti-circumcision movement has been predominantly male-dominated, but women in health care are taking up the mantle — and risking their jobs over it 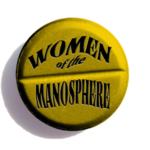 While it would seem that the manosphere is exclusively the domain of miserable white men, there’s a surprising number of women among it, too. And so, throughout this week, we will present you with six features that explore the lives and beliefs of these women, from femcels to Honey Badgers: Who are they? What have they experienced in life to end up cavorting with men who — to varying degrees — deny their humanity? And why do we know so little about them?

Amy, a nurse practitioner with 14 years of experience working in ERs, was just trying to help. She had found a complaint on a hospital Facebook page from a mother who was furious that another nurse had injured her uncircumcised son by retracting his foreskin to put in a catheter. As a vocal advocate against circumcision, Amy has vowed to herself to educate nurses and parents on the benefits of foreskin and how to best take care of it. And so, in the spirit of education, she commented on the mother’s post with a screenshot of a textbook that stated no one should forcibly retract the foreskin prior to puberty.

Members of the impassioned anti-circumcision, or intactivist movement, took it from there. “People started calling into the hospital threatening the nurse, saying things like, ‘I would have punched her,’ ‘You need to sue her’ and ‘She needs to die,’” Amy tells me. “That made the hospital paranoid, and it really blew up things because of the threats.”

Amy, a pseudonym, was conflicted about remaining anonymous for this story because she’s proud of her intactivism work, but given that her beliefs more or less got her fired from her hospital (and the fact that she’s currently fighting to get her job back), she felt she had no other choice. “I live in a high-cutting area, and my hospital makes a lot of money off of circumcision,” she says. “I’m in the trenches here.” Yet she also can’t help but defend herself: “Posting a nursing textbook page isn’t wrong. Yes, there were people making threats to the nurse, but I never made a threat. I always try to be professional and educate people. The goal is education because if parents are educated on the topic, they’re not going to want to circumcise.”

Until recently, intactivism has been predominantly represented by men protesting in white pants with blood-stained crotches — or at the very least, guys with some foreskin in the game. But anti-circumcision advocacy in health care is gendered in reverse: Female nurses who oppose the procedure are easy to find, but male doctors who feel the same are much more rare. And as more women join the intactivist movement, more nurses are becoming moles in the medical community.

For many of them, like Angela Saltalamacchia, who was against circumcision for several years before becoming an ER nurse in 2013, the trouble began in nursing school when they witnessed their first circumcision. “The doctor performing the circumcision told me I was ridiculous and that I should find a new career,” she recalls.

Saltalamacchia, who wears a pin on her name tag that reads “His body, His choice,” is known in her department as “the penis lady.” She, then, refuses to provide postpartum care in instances of circumcision because she opposes giving mothers instructions on treating a wound she doesn’t believe should be there. The only exception she’ll make is when an infant is suffering from complications, such as excessive bleeding. (Amy agrees that she won’t be complicit in circumcisions unless something goes wrong.)

Similarly, Hannah Donahue, who has been a pediatric nurse for four years, has conscientiously objected to participating in any circumcisions at her hospital. To that end, the “conscience rule” seeks to protect health-care workers from having to perform procedures that go against their religious or ethical beliefs, like abortions, permanent birth control and circumcisions. That said, she admits this doesn’t guarantee her job will be protected. And she can only abstain if she finds another nurse to cover for her — an option medical professionals at smaller hospitals with fewer staff may not have. “Thankfully I don’t have to deal with it that often,” Donahue says. “But I don’t think other nurses have been as lucky, and I’ve heard it’s been an issue. They’ve been told if you can’t perform this responsibility you should look for another job.”

In some ways, their beliefs are pretty mainstream. Public figures from Howard Stern to Cameron Diaz to Democratic presidential candidate Andrew Yang have all come out against circumcision. Meanwhile, the circumcision rate in the U.S. has fallen from 64.5 percent in 1979 to 58.3 percent in 2010, and only one-third of 18- to 29-year-olds believe that boys should be routinely circumcised. Instead, the issue is more about their hardline stance — i.e., all three nurses oppose doctors’ orders for circumcisions even when boys are born with birth defects like spina bifida that make urinary tract infections more consequential.

They’re also against circumcisions due to hypospadias, a rare condition where the opening of the penis is on the underside instead of the tip, and phimosis, or when the foreskin is too tight, because they view both procedures as cosmetic. (The only exception in their minds — cases of extreme gangrene.) To them, doctor-recommended circumcisions are based purely on ignorance. Because they believe that if parents and practitioners followed proper foreskin practices (e.g., cleaning with water only and not retracting until puberty), boys would be protected from infections — as opposed to the other way around. “The foreskin is meant to be like a sheath or a shell to keep it moist and protected from the elements,” Donahue explains.

Intactivist nurses blame parents and medical professionals for the higher rate of infections and complications among uncircumcised boys. They argue that forcible retraction causes lesions and that’s why there’s a higher rate of infections associated with uncircumcised penises. Again, even in the cases of boys with chronic UTIs, intactivist nurses still don’t believe that circumcision is the solution. “If a girl got a UTI, you’d just give her antibiotics. You wouldn’t cut off part of her genitals,” Saltalamacchia argues.

The claim that male circumcision is the same as female genital mutilation (FGM) is fundamental to intactivist rhetoric; it’s also been disputed in scientific and medical communities many times over. (It’s much more comparable to full castration.) But that obviously didn’t stop Saltalamacchia from making the connection. In fact, both Saltalamacchia and Amy referred to the clitoris as the “female foreskin” several times in my conversations with them. “Circumcision is the same as female genital mutilation,” Saltalamacchia says adamantly. “It’s not even as bad because the female foreskin is tiny, and in males, it makes up 60 percent of the penis.”

Another troublesome comparison is to that of rape. The nurses not only believe that the trauma of circumcision and the trauma of rape is the same, but they use the false equivalence to justify animosity toward their colleagues. “If you were a woman who was raped, and someone says that if she’s wearing that a certain type of clothing, she should expect that to happen, you’re going to have a visceral reaction,” Saltalamacchia says. “So when a nurse performs circumcisions all the time and doesn’t even care, the men who have been victimized lose their minds.”

Not all intactivist nurses, of course, hold such extreme opinions. “I don’t think it needs to be the same as rape for it to be wrong,” explains Andrea Tran, who’s been a nurse against circumcision for nearly four decades. “I want people to listen to the facts, and to do that, you have to be careful with the language you use or you lose people.”

Tran originally turned against circumcision in nursing school, after reading the research, which she says has flip-flopped enough over the years for her to consider it medically unnecessary in otherwise healthy babies. Now working as a lactation consultant, her primary concern is helping new mothers continue breastfeeding post-circumcision, which can be challenging. If parents do choose to circumcise their sons, she focuses her energy on convincing them to be there for the procedure to comfort the child, rather than trying to stop them.

Not that her more reasonable approach has spared her from fighting with male doctors anyway. Case in point: In a birthing class she teaches, she had a father who was “one of those physicians who wanted everyone to know he was a physician.” During the class, she discussed how circumcision affects babies and why parents should be in the room to comfort them. “He stood up and said everything I was saying was wrong. He was flabbergasted, contradicting me and using very strong language to do so,” she recalls. It was the last day of class, and she still regrets letting those parents go home with conflicting information.

Intactivist nurses blame physician resistance on a combination of factors: Circumcision generates a lot of money, a doctor-size ego rarely believes it’s wrong and many physicians might be circumcised themselves. Not to mention, they suspect it would be a liability issue for doctors who conduct regular circumcisions to agree with them. More largely, too, it fits the patriarchal dynamic that’s existed in medicine for some time: Male doctors think they know better because of their education and salary, and female nurses are left having to fight for what they think is best for patients.

But for Tran, who has more years of nursing experience than the other three intactivist nurses combined, the reasons are much less conspiratorial. In particular, she remembers a pediatrician friend who hated performing circumcisions. The only difference between her and him was that she had more freedom to push back. “I felt bad for him,” she says, “He was in a situation where he felt unable to refuse to do circumcisions, even if he didn’t like them.”

His silence, though, seems to only make nurses like Tran that much louder.