No More Baby Merch That Advertises the Parents’ Sex Life

We get it, you fucked

More so than usual this year, I’m Christmas shopping on sites like Etsy, since the whole plague thing has put the kibosh on my usual tradition of spending a single frantic day buying everyone’s gifts at the mall. And while I’d rather browse a store than webpages, there’s an undeniable pleasure to seeing work from independent creators and artists. On the other hand, quite a few sellers churn out mass-produced-looking trash, and some have found horrible niches for it.

Case in point — I wasn’t even looking for baby clothes when I encountered this gross onesie.

We get it. You fucked.

Without being a parent, I understand the impulse to dress your infant in cute, perhaps even humorous attire. Hey, not like they can argue, right? Lots of photos of me in a humiliating sailor outfit in the mid-1980s. But let’s tackle the premise of the garment above: a baby exists because their parents “did not stay six feet apart.” Okay? Couples living together aren’t supposed to social distance because of coronavirus — that’s not what the guideline is for. You’re allowed to touch people in your own household, and if you’re in a marriage or romantic relationship with, say, someone who sleeps next to you in bed, there’s no protocol asking you to abstain from sex.

Except it’s not good enough just to have sex, or to reproduce as a result, is it? There is an anxiety in domestic partnerships — and, clearly, heterosexual partnerships — that demands proof of intercourse. You’d think the child itself would put these concerns to rest, and yet there is a robust market for merchandise that hammers the point home. Around Thanksgiving this year, a mom-and-dad T-shirt set went viral as a revolting celebration of pregnancy and a rather perplexing seasonal analogy for it. It seems that the fetus is a turkey, and the cum is stuffing, but that would mean the stuffing-cum fertilizes the… I don’t know what. Hate to think about this.

Far be it from me to scorn a tasteless gag gift — one Christmas I got my brother a coffee mug that says “World’s Smallest Cock” on it, which is probably a self-own given our shared genes. But the breadth and volume of stuff made to advertise the intimate congress of straight men and women who are expecting or have recently welcomed an addition to the family is astonishing, and not in a good way. It feels like an offshoot of the traditionalist culture that gave us gender reveal parties, in that it openly prizes an anatomical binary as the basis for ordinary life. These are not items for gay parents, nor any who adopted, employed a surrogate or relied on a method of in-vitro fertilization; they aggressively market the “normality” of penis-in-vagina mating, which doesn’t exactly need brand ambassadors, as people won’t tire of it soon. 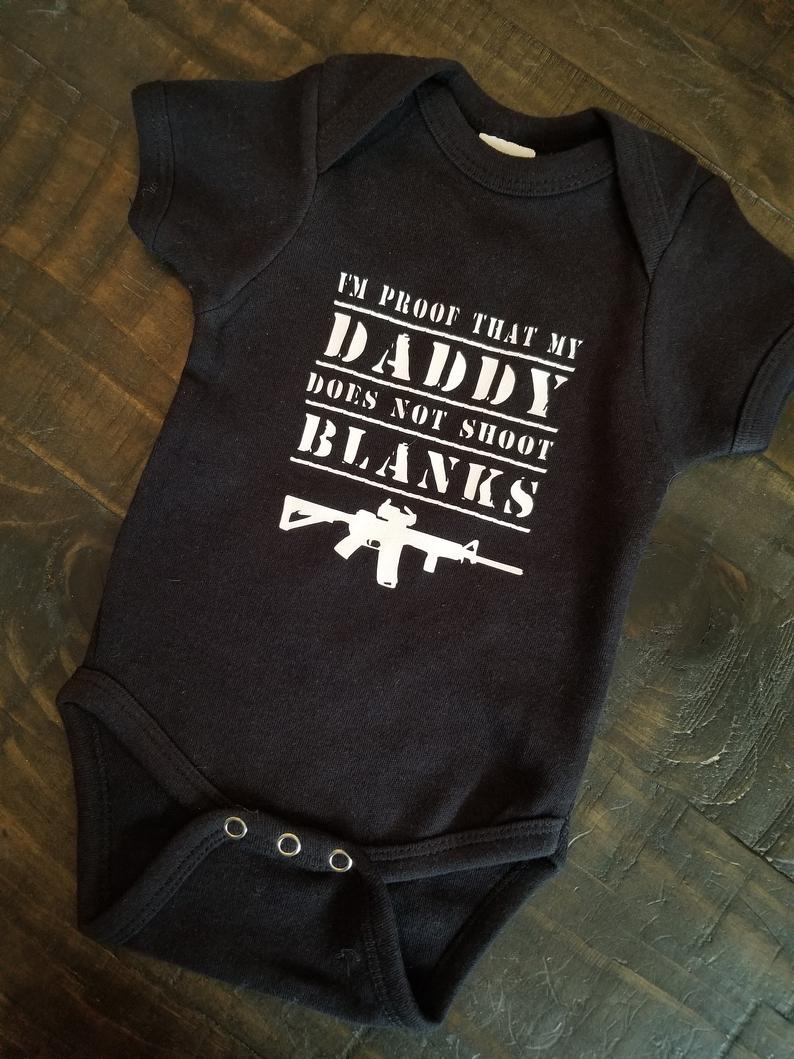 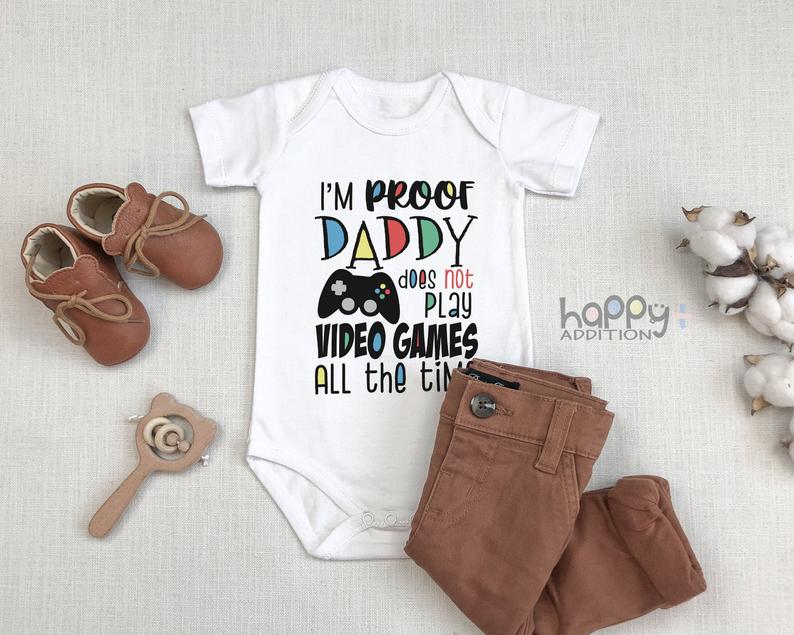 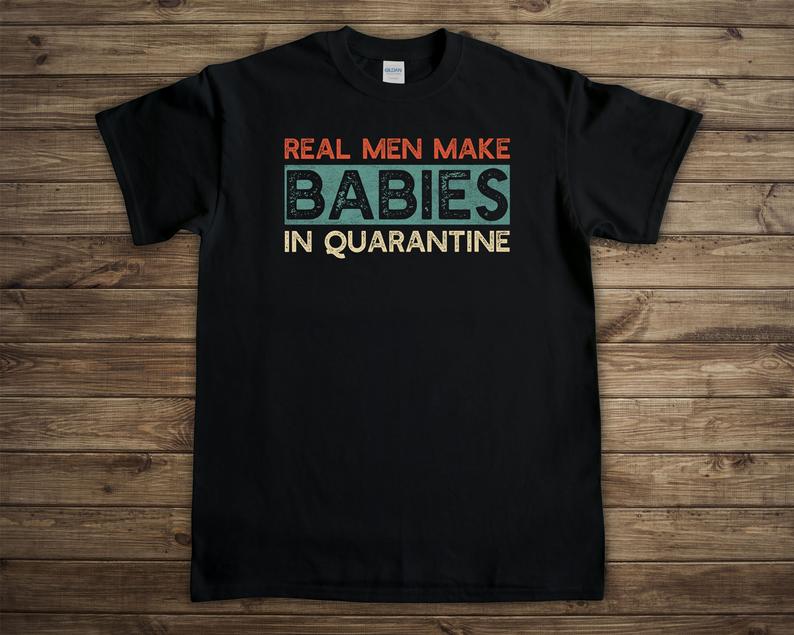 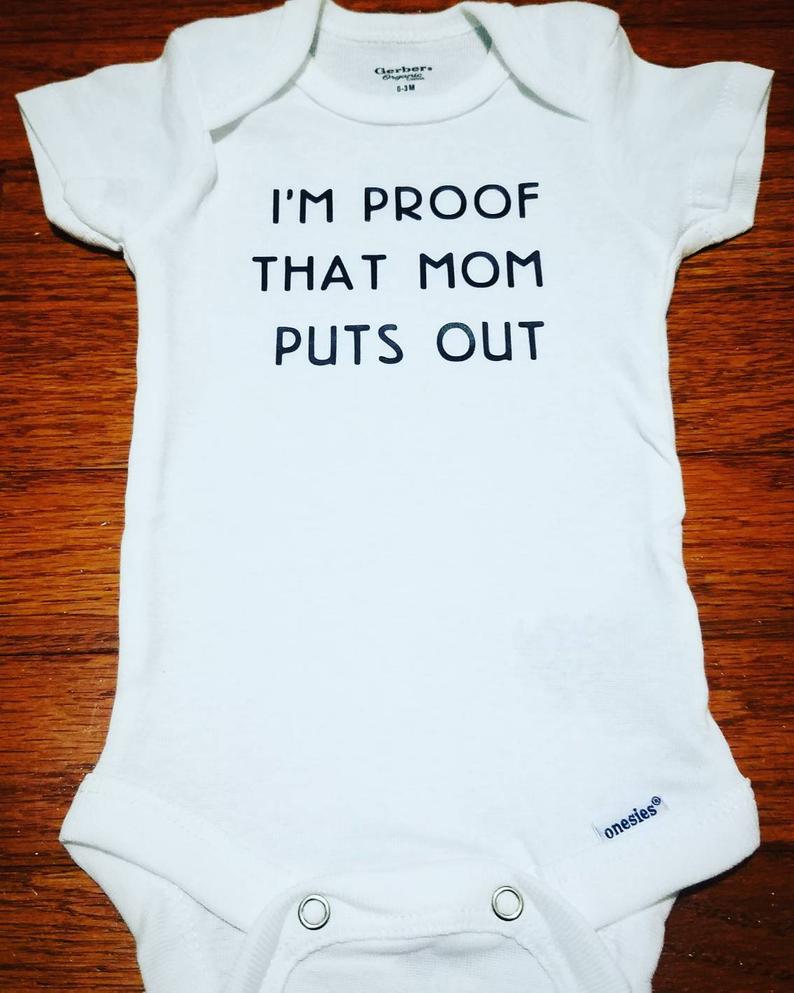 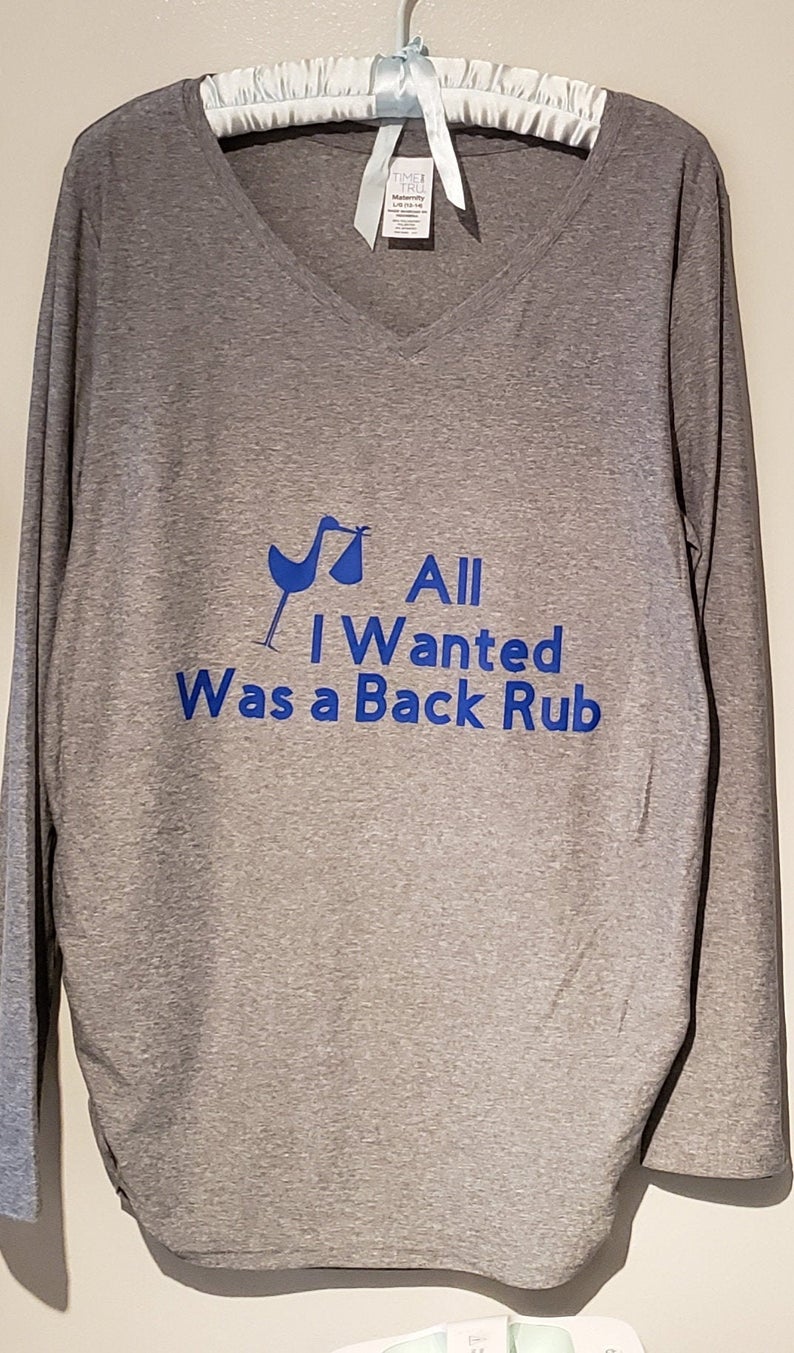 Mom puts out, dad doesn’t shoot blanks. Mom’s massage was leveraged for sex, and only after dad had been lured away from his video games. The arrival of a newborn is an invitation to affirm every stereotype of the stagnant nuclear family — the heads of household “joke” that they prefer dodging one another to physical passion — while at the same time refusing other variations on the dynamic. A human being, these products claim, is properly conceived only by individuals who have more or less duped each other into the act. Their ambivalence to the process is matched to an overweening pride in fecundity itself: We happen to have, between us, a set of genitals that function in tandem as described in your ninth grade health class. Hell yeah! 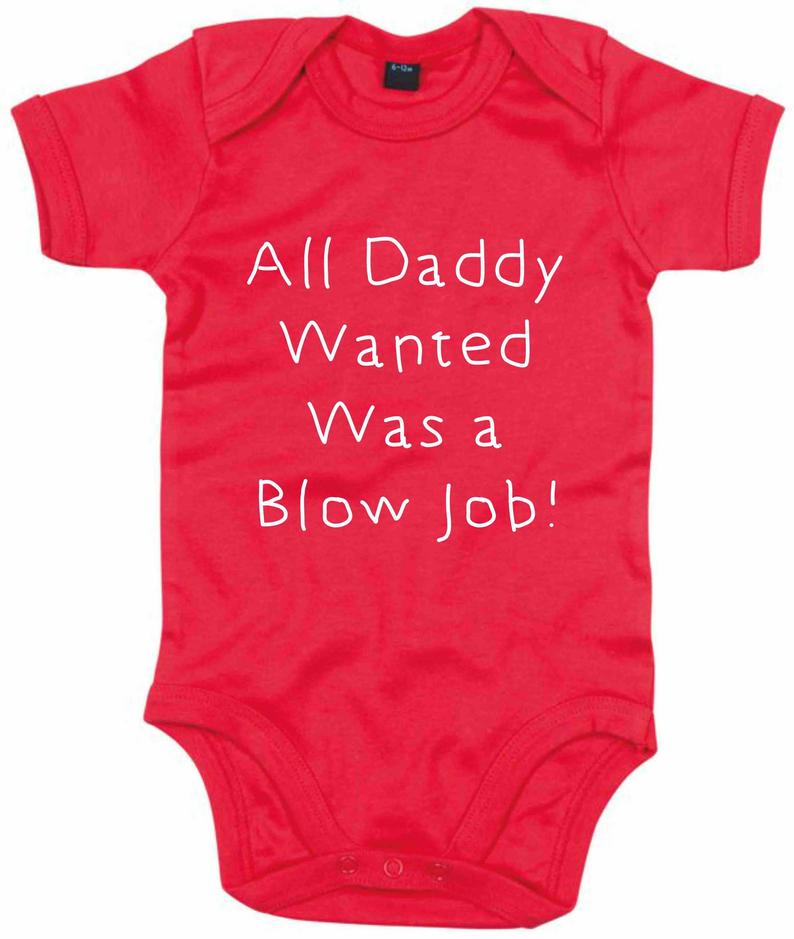 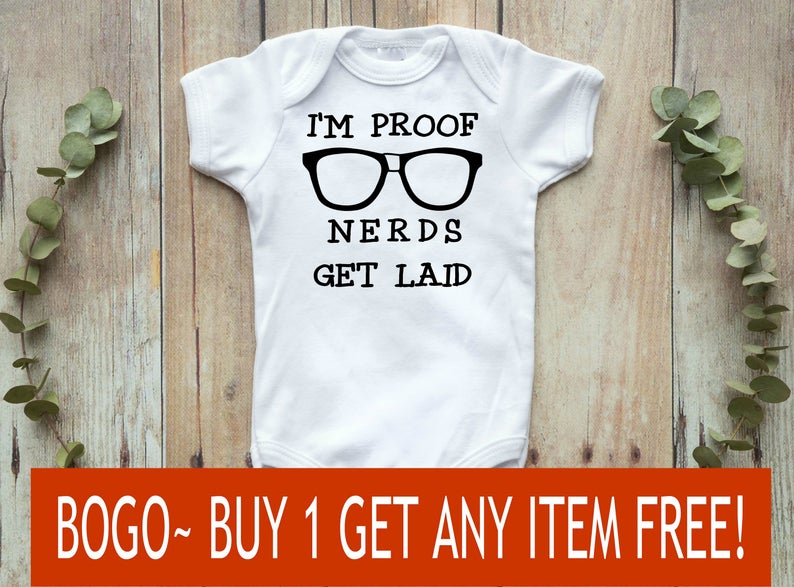 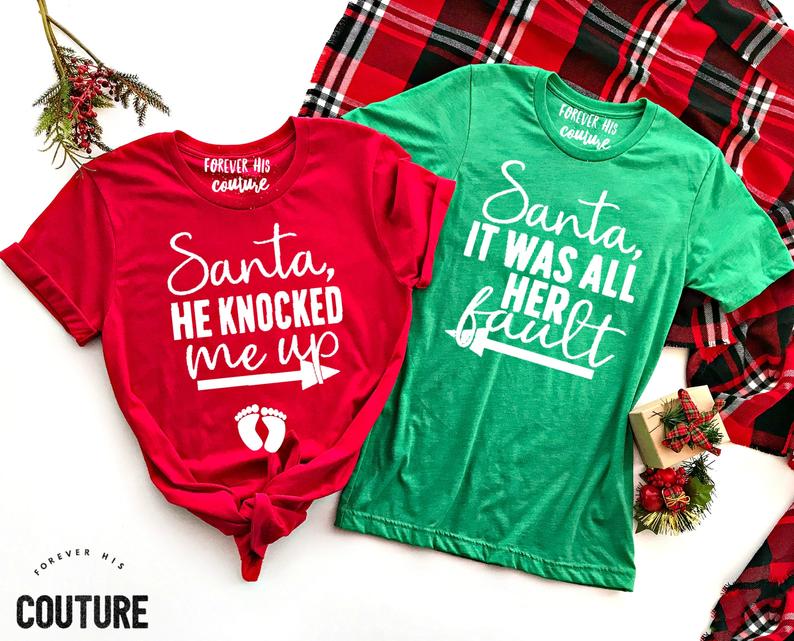 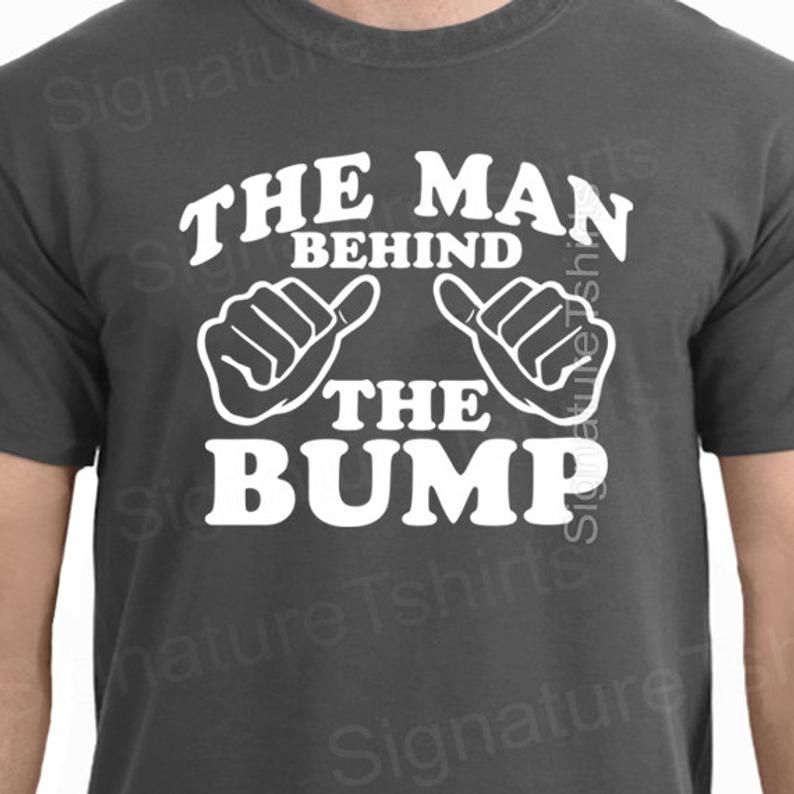 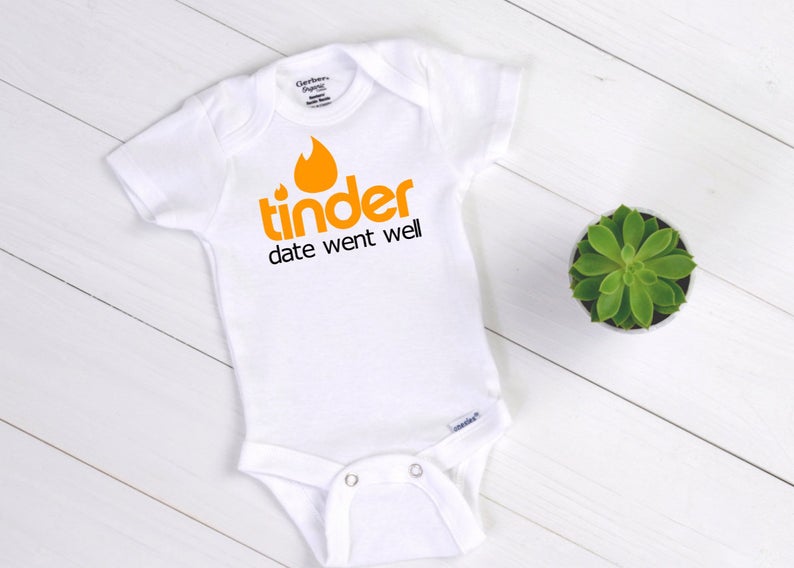 Why do you have to explain your pregnancy to Santa Claus? Must your offspring serve as a mini-billboard for a dating app? The deeper you go, the greater the assault on coherent narrative. The banging is the point, and the rest of it can be whatever. Paradoxically, though, the insistence that the two of you smashed to make this kid makes us wonder if you ever will again. The gender dynamics presented on these shirts correspond to dull, unadventurous sex bound strictly by the mechanisms of genetic self-interest — the kind you’d expect to fall off entirely the minute a baby is crawling about. It’s doubtful that you did these little ones any favors by outfitting them as tokens of your non-virginity, and trust me when I say that nobody’s impressed.

Still, I’m a childless man. What do I know. It’s not like I’ve ever had to alert friends and strangers alike that my progeny is, in fact, the fruit of my loins, and that said body parts directly engaged with the mother’s in the siring. Maybe that’s a normal thing to communicate. And to put on a Christmas ornament. This way, each year, the tree will be a monument to that sex you had. No better tribute to the birth of Jesus. Except now that I think of it… ah, never mind. 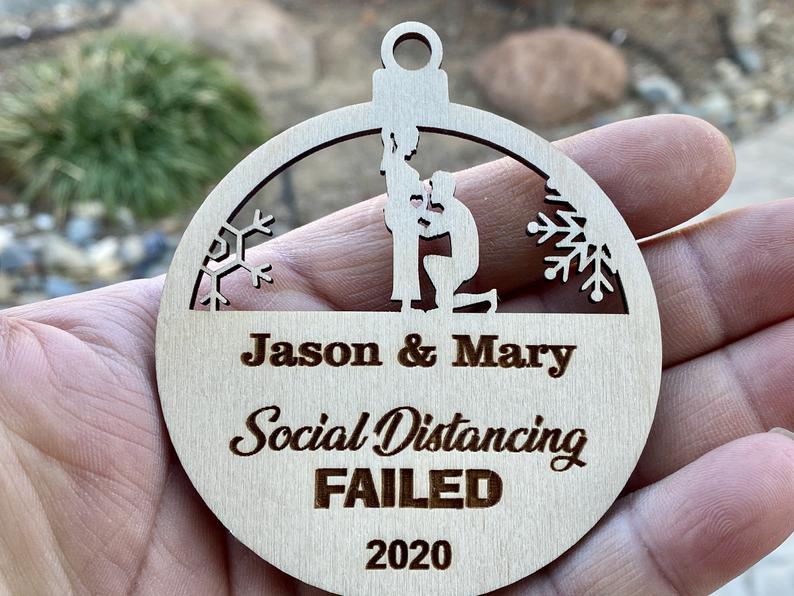