Actors used to aspire to be A-listers on the silver screen. But this action-movie veteran seems content to settle for streaming status

When I watched Spenser Confidential on Sunday night, it was listed as the most-popular movie on Netflix. After sitting through all 111 minutes, I’m forced to assume that this has little to do with the film’s quality and everything to do with who stars in it. That would be Mark Wahlberg, who plays Spenser, the tough-guy former cop created by author Robert B. Parker. Recently released from prison, Spenser investigates a pair of shady murders, which brings him into conflict with corrupt cops and a gang of crooks whose weapon of choice is a machete. The movie isn’t any good, but it’s exactly what you’d expect from a Mark Wahlberg movie in 2020.

The 48-year-old is a two-time Oscar-nominee with a string of hits to his credit, including Ted, The Departed, The Other Guys and The Fighter. By any metric, he’d be considered a movie star. So what the hell is he doing in a Netflix film? Spenser Confidential isn’t exactly The Irishman or Roma, prestige pictures that the studio likes to trot out as examples of its commitment to artistic excellence. Instead, this action-thriller is pure junk. And yet, it feels weirdly fitting that Wahlberg is wasting his time on films like this for a streaming site. At a moment when blockbusters are about superheroes and evergreen properties like James Bond, Wahlberg is an anomaly: a movie star that attracts an audience simply because he’s in the movie. Netflix probably doesn’t care much if Spenser Confidential is lame — people will tune in to see Wahlberg be Wahlberg. And, unfortunately, that’s good enough for Wahlberg.

This is the fifth film that the actor has made with director Peter Berg, and their partnership has been a straight line down in terms of quality, starting with Lone Survivor, moving to Deepwater Horizon, segueing to Patriots Day and then hitting its nadir with Mile 22. All those films were put out through studios, and each featured Wahlberg as a noble regular guy standing up for what’s right. In the process, Wahlberg became his own brand — you knew what kind of blue-collar, slightly reactionary thriller you’d be getting when he teamed up with Berg, even if the character names kept changing. With Spenser Confidential, Wahlberg is playing a somewhat famous fictional P.I. — Robert Urich portrayed Spenser in a short-lived ABC series in the 1980s — but he’s basically just being the Wahlberg we see all the time in his movies. The film requires nothing of him. Mark Wahlberg doesn’t have to stretch or challenge himself. He’s reached his final form — and it’s a guy who slums his way through Netflix movies.

Of course, he’s not the first movie star who has turned to the streaming site to bolster his fading marketability. Adam Sandler paved the way years ago after a series of theatrical commercial disappointments, becoming Netflix’s first major name while headlining poorly reviewed comedies like The Ridiculous Six. But who cared how bad they were: Earlier this year, the company claimed that, since 2015, subscribers had spent 2 billion hours watching the Sandman’s movies. The arrangement was a win-win: Sandler supposedly got paid $250 million for his original deal — it’s unclear how much he pulled in for subsequent deals, but it was presumably more — and Netflix got an audience who happily watched anything that had Sandler’s name on it.

You can sense a similar strategy at play with Spenser Confidential, whose chief attribute is that Wahlberg is in a lot of it. The plot doesn’t even really matter except as it pertains to ensuring that Wahlberg does myriad Wahlberg things. As per norm, his character is the one guy who knows what’s really going on, even when everybody else (his former partner, his ex-girlfriend) thinks he’s lost it. But the more Spenser investigates, the more he realizes that these two deaths — his murdered former captain and a detective who supposedly took his own life — are actually part of something far more nefarious. There’s little suspense regarding whether Spenser is right. There really aren’t twists or red herrings. The whole point of Spenser Confidential is that you like to watch Mark Wahlberg be the good guy. The character has no nuance or shading or a moment of doubt. That’s not what the audience is here to see. They just want an excuse to hang around Mark Wahlberg for two hours. 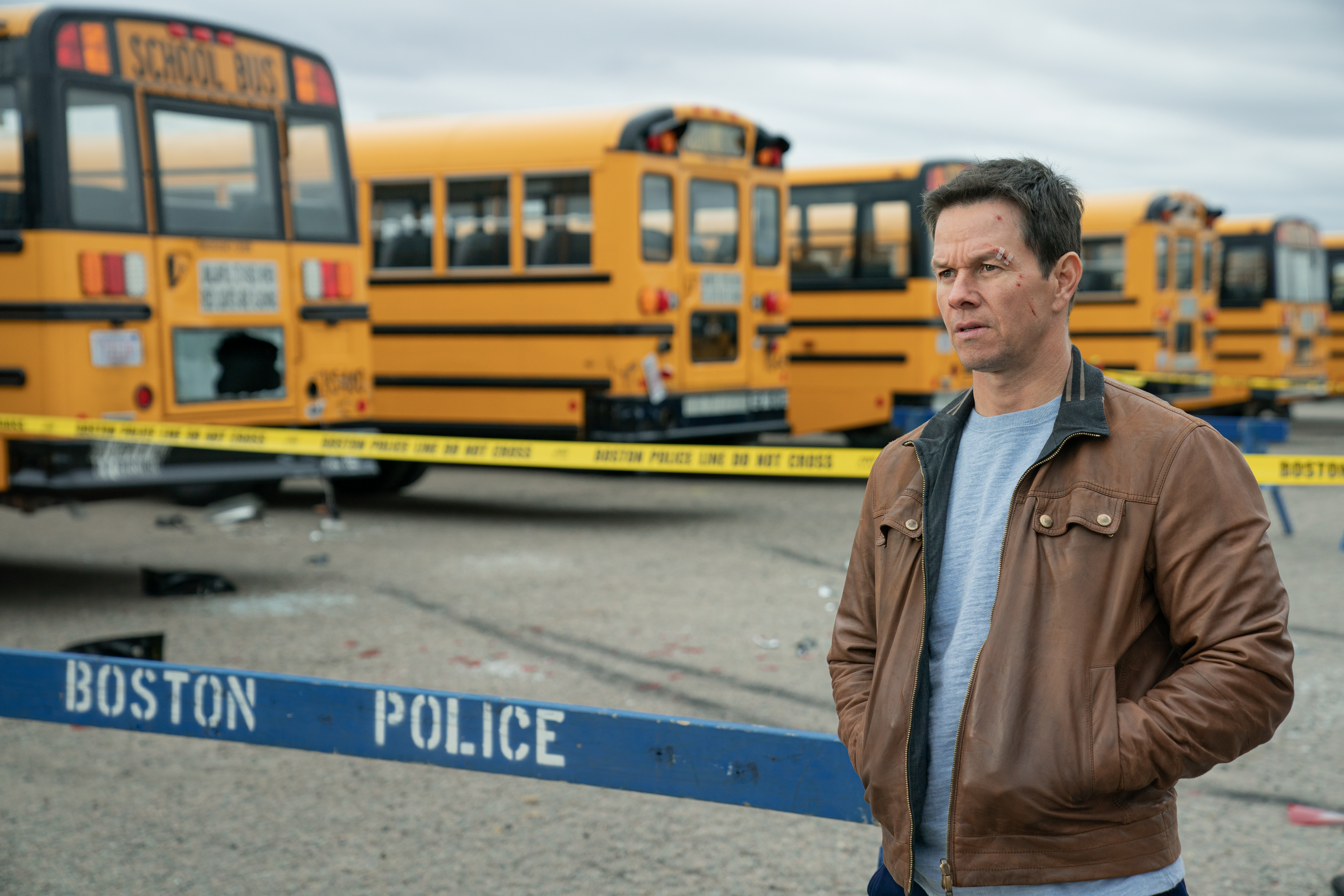 I’ve written before about Netflix’s bizarre uncanny-valley approach to some of its movies, producing these eerily just-off facsimiles of motion pictures. Generic and oddly uninvolving, genre films like Triple Frontier mimic the plots of other, better movies, essentially serving as virtual babysitters for adults with too much downtime. (And as the coronavirus quarantine becomes our new normal, we’re all suddenly dealing with a lot of newfound downtime.) But if you’re not too demanding, hell, these films are close enough to being actual movies that they’ll do the trick. Well, I can say with utter confidence that Spenser Confidential is basically like a movie: There are action scenes, there are scenes with comedy (Alan Arkin plays Spenser’s cranky mentor) and there’s a thoroughly wacky scene in which Spenser has impromptu sex with his ex (Iliza Shlesinger) in a restaurant bathroom. Spenser Confidential does all the things that movies are supposed to do, kind of, but it mostly focuses on Wahlberg seeming pretty cool.

Like I mentioned, other big-time stars have taken sizable paychecks to make Netflix garbage — everybody from Ben Affleck to Will Smith to Ryan Reynolds — and it’s disconcerting that the results have been negligible B-movies that the traditional studios don’t bother with anymore. There’s not a Transformer or Marvel superhero or Star Wars character in sight, but there’s also not much vision or originality, either. Outside of a Marriage Story, Netflix films are often non-prestige mediocrities propped up by a huge name. By and large, they’re vanity projects, and they exude a slight air of jovial fucking-around — as if the stars don’t take them seriously as movies. Lord knows Spenser Confidential is far more lighthearted than Wahlberg/Berg’s typical furrowed-brow dramas about American patriots earnestly fighting to defend our way of life. Paired with Winston Duke, a fellow felon who becomes his deadpan partner, Wahlberg even tries cracking a joke or two — something he rarely does anymore outside of a Will Ferrell comedy. Spenser Confidential is meant to be a goof, but it mostly feels lazy and entitled — a pampered star getting to play action hero for a built-in audience that will lap it up. Did you expect anything more? C’mon, this is a Netflix movie. 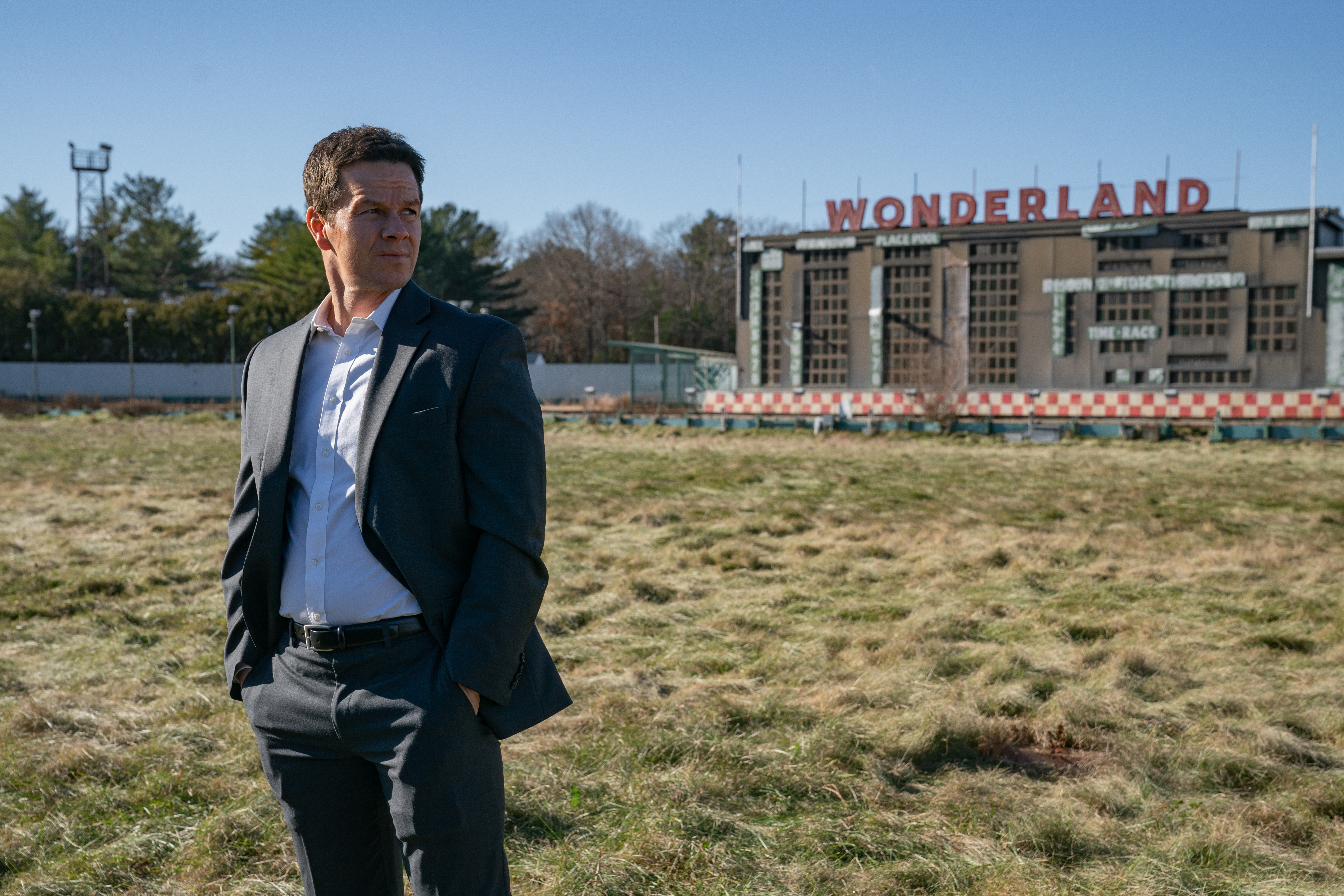 Fear not: Wahlberg will get back to doing “real” films soon enough. He’ll be in a Paramount sci-fi movie called Infinite, and he’s set to appear in the awards-courting true-life drama Good Joe Bell. But the stink of Spenser Confidential deserves to linger on him. Often, major stars will do cheesy ad campaigns overseas, which pockets them a nice chunk of change without hurting their image in America, where it’s viewed as undignified for, say, Leonardo DiCaprio to hawk cellphones. These Netflix films feel like the movie equivalent of those overseas ads — something we’re not supposed to hold against the actor, even though we can clearly tell he’s doing demeaning work.

Then again, Spenser Confidential doesn’t seem all that demeaning to Wahlberg. Who wouldn’t want to be the star of a movie that treats you like the most interesting human being ever? Everything about the film is so half-assed except for the actor’s dedication to his own self-aggrandizement. Spenser Confidential is a pretty feeble thriller, but what makes it truly pitiful is that Wahlberg’s ego apparently needed it.