Had it not been for his “good buddy George,” Jonathan Wolff’s iconic bass-slapping, mouth-popping Seinfeld theme song might have never happened. “The first season of Jerry’s show had an initial order of only four episodes,” he recalls, “That wasn’t a job, that was an insult.”

By that point, Wolff had already long established himself as a mainstay in the TV theme song industry, so the last thing he needed was a job composing music for a short-lived, likely-doomed sitcom. But his friend, comedian George Wallace, happened to be “best friends with Jerry Seinfeld,” so Wolff took the job.

More than three decades later, the music he created for what was then known as The Seinfeld Chronicles stands out as an unmistakable classic, inseparable from the iconic sitcom itself. “That first phone call, Jerry made it clear it was an extraordinary show and the music for it would be important,” Wolff tells me. “He envisioned that the opening credits of his show would center on him performing standup comedy relating to the storyline of the episode, and he wanted catchy, recognizable signature theme music to play along with it while not interfering.”

Seinfeld had already produced a pilot episode with theme music from a different composer, Wolff explains, but the music conflicted with Seinfeld’s opening monologue. “This was an audio conflict,” he says. “So I told Jerry I was going to approach it more from a sound-design standpoint than a musical standpoint.”

Days later, Seinfeld brought tapes of his standup to Wolff’s office, where the composer “built this little groove of finger snaps and tongue and lip noises, kind of a percolating energy beneath him just to give it a current.”

“In vaudeville, comics would tell a joke and the drummer would hit a rimshot, so I introduced him to the notion of a slap bass, which at the time hadn’t yet enjoyed celebrity status as a solo instrument,” Wolff continues. “I brought it forward and illuminated it, made it kinda nasal and weird, and showed him how I could weave in and out of his jokes while not competing with them.”

Knowing Seinfeld and Larry David were going for something that would stand out as an anti-sitcom sitcom, Wolff drew from his experience writing music for shows like Who’s the Boss? and Married with Children, and then did the opposite. “Themes in the late 1980s were melodic with silly lyrics and sassy saxophones, but I knew just another theme song wasn’t going to work for this,” he says. “It needed to be unique, so I set out to make an ‘audio signature,’ an earworm so instantly recognizable that people would hear it from the other room and have a Pavlovian response to it.”

Of course, curating the bassline to fit Seinfeld’s specific monologues meant Wolff would need to create a new theme for every episode, but that wasn’t a problem. “The bassline is so simple, so basic and so sophomoric that it didn’t require many allowances to fit different monologues and still hold water,” Wolff tells me. “So in that way, my pitch to him was that I’d architect a bespoke piece of music for each episode, and he kinda liked that.”

Seinfeld called David, held the phone up to Wolff’s speaker, and David was immediately on board. “Larry’s a smart guy, a musical guy, a big-picture guy, and he got it instantly,” Wolff says.

With the sign off from Seinfeld and David, the theme was added to Season One, and for a moment, things were looking up. But that didn’t last long. “Going into Season Two, the network had a list of things they wanted addressed, and music was at the top of that list,” Wolff says. “They thought it sounded odd and weird, and they were like, ‘What is this? Is that real music? Could we not afford an orchestra?’”

While such notes made David like the theme “even more,” Wolff thought the network’s request was understandable. “I’d done 17 series with [President of NBC Entertainment] Warren Littlefield and his team, so I had nothing but respect, and their objections were realistic,” Wolff says. “I offered to create something new in a couple hours if they wanted. But Larry didn’t like that.”

Upset that Wolff would cave so easily, Wolff says David threw him out of the meeting. “I was like, ‘Look, there are other things on this list, choose your battles. Give ‘em this one, and then you’ll win a few others,’” he says. “But Larry wasn’t having it. He started up, ‘Wolff, what are you saying? You’re done here! Out!’”

Wolff left the meeting, and later realized that Seinfeld and David didn’t budge on any of the demands. “The truth is, I don’t think anything on that list changed,” he tells me. “Warren even joked at one point how he would’ve changed everything about the show, ‘So it was a good thing Larry refused.’”

Over the next decade, Wolff crafted countless bass lines and iterations of the theme to fit all 180 episodes. “The Seinfeld bass sounds were Frankenstein-engineered from multiple sampled bass guitars, then triggered on a keyboard,” he says. “It got to the point that the peeps in my office would leave me little sampled bass sounds when they had a minute and got weird sounds out of it. I’d often incorporate them into Seinfeld cues, so in that way, it stayed fresh, while evolving to become a little more aggressive, more nasal, more weird.”

Famously, there was one major change to the theme song heading into Season Three, where a woman’s voice weaves on top of the usual poppy finger snaps and funky bass lines — a change, Wolff says, that was made at the behest of Seinfeld, who’d expressed interest in scat music.

“Jerry was like, ‘I’ve been listening to scat music. You think that would work?’” Though Wolff had “no real jones to change the music,” he hesitated to shoot down the idea. “I thought it might make for a weird fit, but I didn’t want to say no to the guy,” Wolff tells me. “So I created these gibberish, non-English lyric scats — me and my friend Angie [Jaree] who’s a veteran studio singer — and sent them over.”

To his dismay, David and Seinfeld both liked the change. “I couldn’t believe it — I didn’t love it; I would’ve been happy if they rejected it,” he says, “but I had nine other shows at the time, and this show didn’t even have a timeslot yet.”

He adds that no one appeared to review any of the changes until the first episode of Season Three aired. “There were a lot of surprised people at NBC who heard the scat singing, on which they weren’t consulted,” he says. “They didn’t like it, so I went back and retrofitted Episode Two and Three with normal music before they aired. Nobody wanted to spend the money to go back and remix the show that had already aired, so that’s why it’s all over YouTube.”

Beyond the theme, Wolff composed underlying music for every aspect of the show with cinematic gusto. “I treated the scene where Morty Seinfled gets into his Cadillac to leave Del Boca Vista like I was John Williams doing a Nixon movie, and drummed up dopey, generic sitcom music for The Jerry Show,” he says. “I’d get the episode on Tuesday and we’d mix it on Wednesday, for it to air on Thursday, so I couldn’t luxuriate.”

“Through it all, I had one job and that was to serve the situations and the energy of the comedy with music,” continues Wolff, who ended up being one of the four people on set for every episode of the series, apart from Seinfeld himself. “It was me; the late Stan Ascough, who did props; producer Suzy Greenberg; and Mark Hirschfeld, the genius casting guy.”

In 2005, seven years after Seinfeld’s finale, Wolff finally retired. “It was someone else’s turn — my kids needed me more than Hollywood needed my music, so I decided to retire and become a full-time stay-at-home, PTA, sports coach, volunteer-field-trip-chaperone dad, and it was great.”

For the record, he chose retirement over working on Curb Your Enthusiasm. “It’s a common internet myth that I did Curb,” he says. “I worked with Larry for a long time, and when Curb started up, I began getting scripts, crew sheets and shooting schedules, but no one had hired me.” Eventually Wolff “called Larry David to inform him that he wouldn’t do the music.” The call ended in a Curb Your Enthusiasm-esque spat, and it was the last time Wolff and David spoke.

“Larry just loves to stir the pot. He doesn’t mean anything by it, and he mostly picks fights with people he likes,” Wolff recalls. “Maybe he was hurt by it, or thought I was blowing him off or something, but I really just wanted to retire.”

Decades later, seeing the Seinfeld theme continue to live on in parodies and memes is something he never expected. “Most of my work isn’t going to live forever. These were sandcastles — you make them nice with moats and turrets but you know they’re going to wash away,” Wolff tells me. “But the Seinfeld music has had a life of its own, and an entire generation of young music lovers are being introduced to the show from the Game of Thrones parodies and awesome Kendrick Lamar mashups.”

Which, he says, is all the legacy he needs. “When I retired, I left it all,” he tells me. “Every once in a while, I’ll still sit down and play music that’s meaningful to me. But that’s it.” 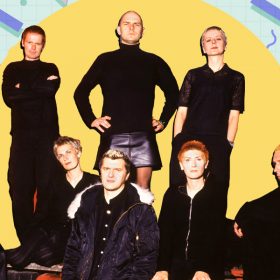 How Chumbawamba Tricked Everyone into Thinking ‘Tubthumping’ Was a Pop Song 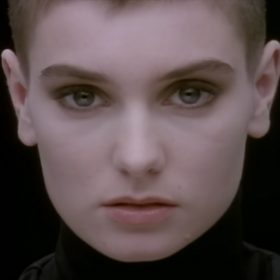