I Wore an Ice Hat to Freeze My Migraine Away

Sick of incapacitating pain, I kicked my migraine’s ass with a big purple face condom. Now I’ll never go back

I suffered my first vision-altering, vomit-inducing migraine around the age of 12. By the time I entered high school, they’d become so frequent that my parents moved an old bed into our basement so I had somewhere cool and dark to weather the storm. Thankfully, I’m one of the lucky kids who mostly “grew out” of having migraines. But they still return on occasion, and boy howdy, do they still suck.

Anyone who’s had migraines, no matter how infrequent, can easily give you a rundown of all the headache gimmicks and medications they’ve tried, from acupressure and lavender roller-type deals to green tea and shitloads of ibuprofen. For me, though, nothing ever really worked as well as a couple hours spent resting in that cool, dark basement. The problem is, renting an apartment with a basement where I live in Chicago is impossible. And so, I’ve had to make do with blackout curtains and cold rags.

But then, a few weeks ago, I happened upon the Magic Gel Headache and Migraine Relief Cap, which basically takes everything good about my parents’ old basement and wraps it around your head. In fact, I’m wearing it right now: 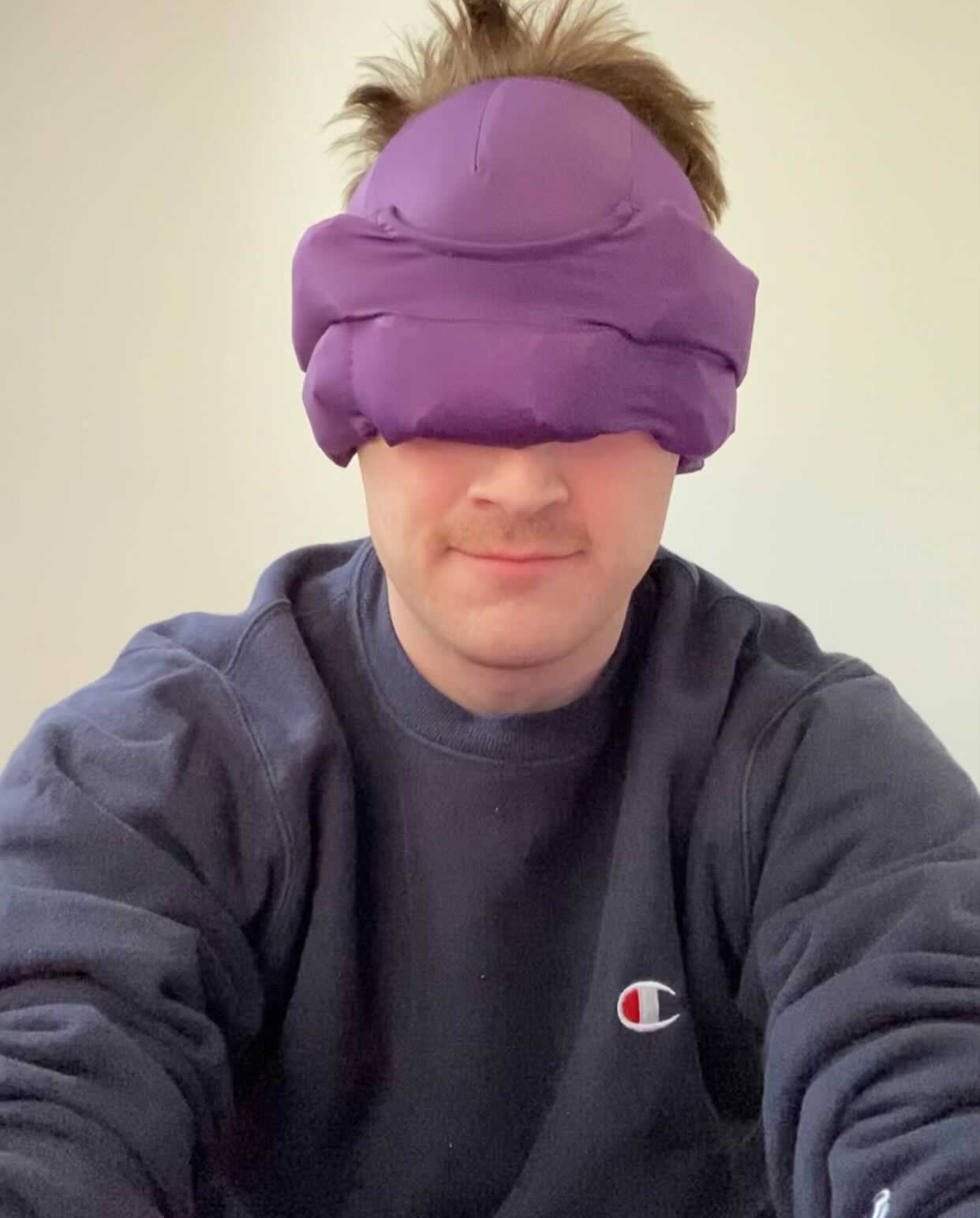 To be honest, I’m usually skeptical of all-natural health gimmicks (and/or alleged cure-alls that brand themselves as “magic”) — particularly when involving migraines, which can suddenly wreak havoc on your brain for seemingly no reason. But applying cold temperatures does alleviate inflammation, which is often a symptom of migraines. So I bought myself the migraine hat, threw it in the freezer and waited for a migraine to rear its awful fucking head. About a week later, when I started to feel my peripheral vision blur, I put it to the test.

The cooling effect is just the start. The way the ice packs are situated within the hat allow you to strategically place them wherever your migraine is occurring. Not only that, but the hat also applies a good amount of compression. Suddenly you’re not just in a dank basement, you’re in a dark, icy bath and a bunch of ice-cold hands are gently rubbing your whole skull.

For the first time in a long time, it felt like I didn’t have to just wait the migraine out.

That said, take some time to find a chill level you’re comfortable with. Taking it straight from the freezer caused a bit of brain freeze for me, so I’ve stuck with keeping it in the refrigerator instead.

Even if it doesn’t work for your migraines, or you don’t get migraines, it’s still pretty nice just wear around the house. For instance, after a long day of screen-staring, I like to adjust the hat to apply cool pressure on my eyes: 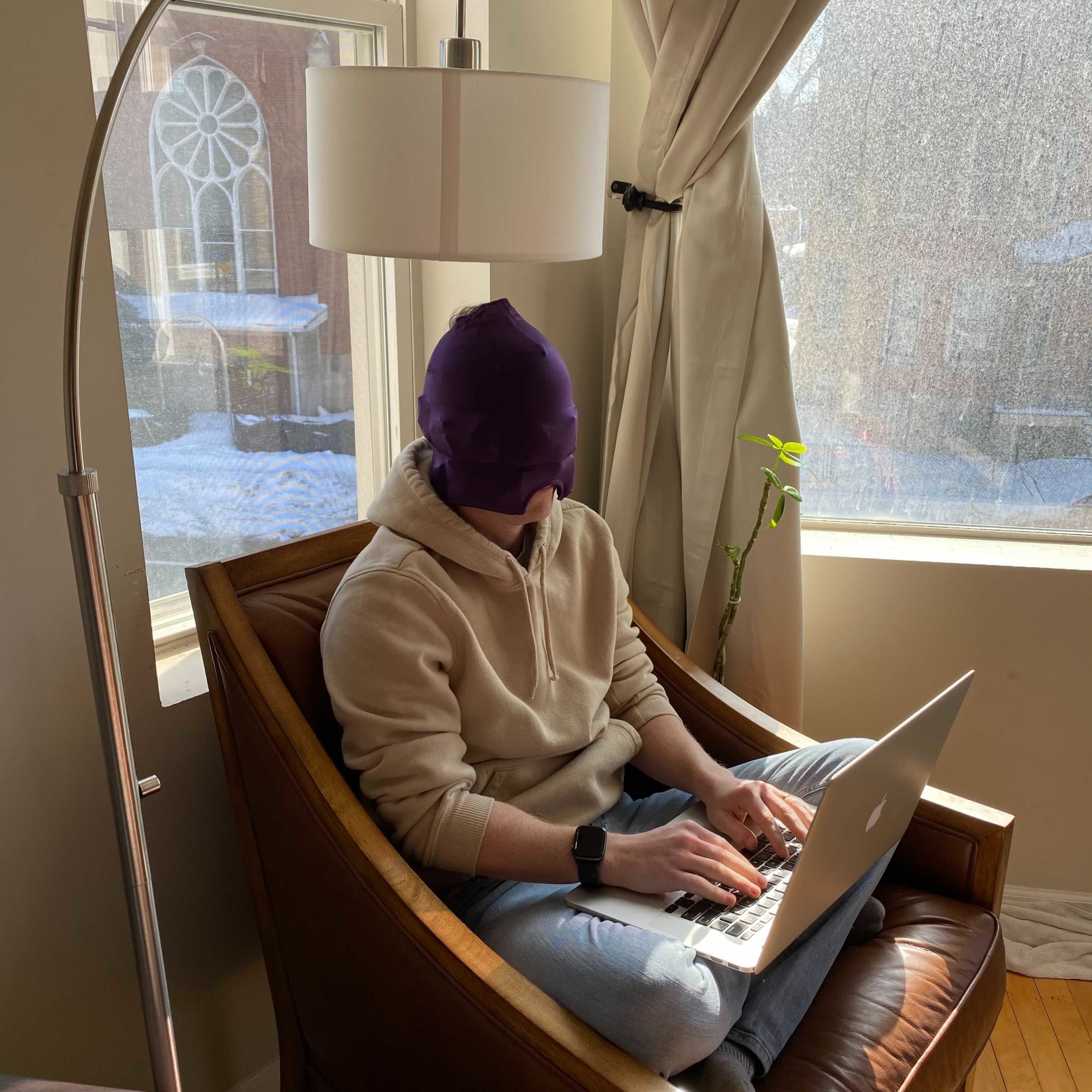 Or even after I wake up, encompassing my gourd with ice packs has proven to be a solid way of shaking my morning drowsiness: 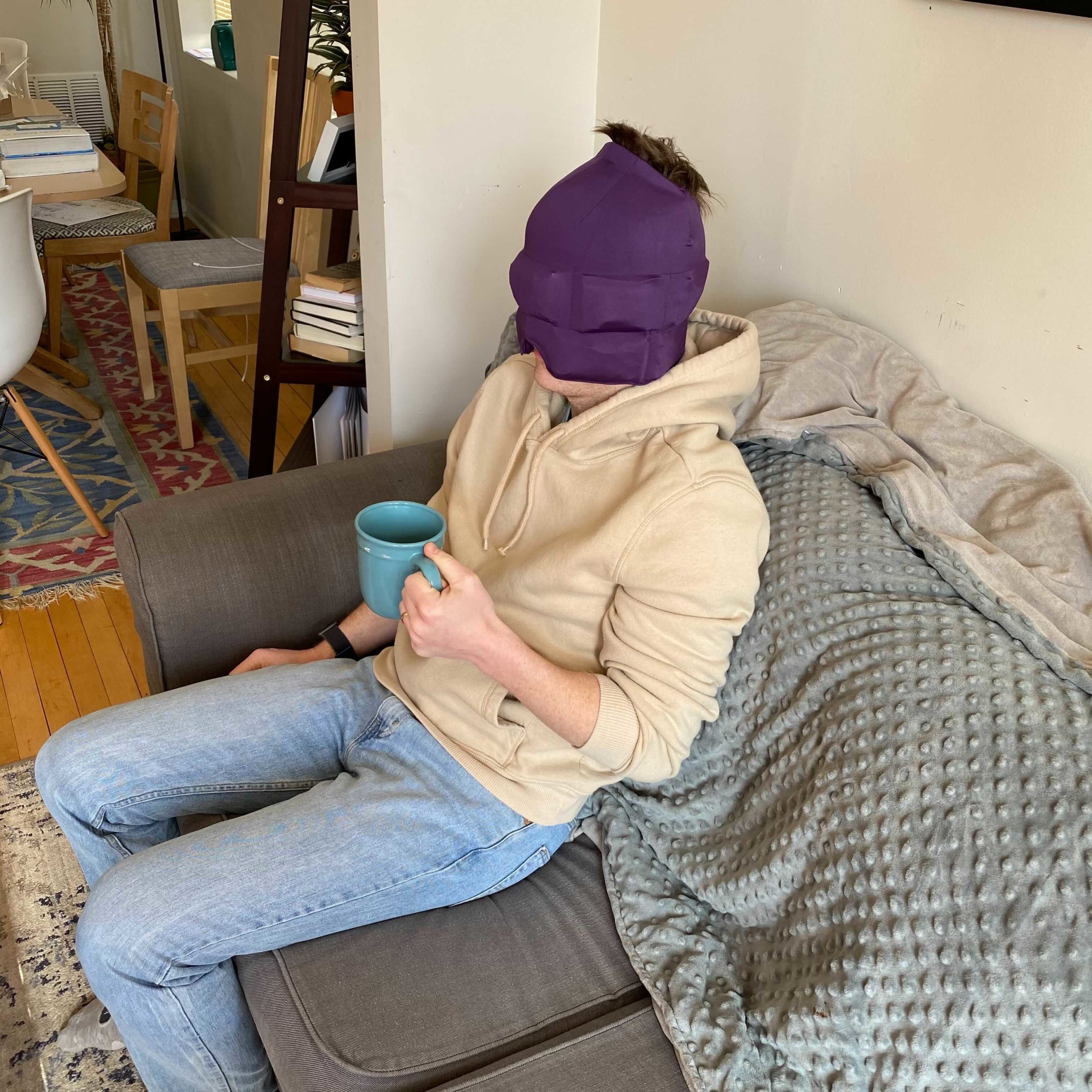 Now, I should note that while the ice hat alleviates the symptoms of a migraine, it won’t cure you of them. But in fairness, it’s billed as magic, not a miracle. Plus, to its credit — and despite its stupid name — Magic Gel provides a pamphlet flush with information on what causes migraines and how to prevent them. And for me, that’s magic enough.