Writer Paul Lisicky explores how to weigh both illness and grief

When novelist and memoirist Paul Lisicky and I meet at a coffee shop in Brooklyn Heights on the second Wednesday of March, a few hours after the World Health Organization declares coronavirus a global pandemic, we do a dance that’s become familiar amongst the newly acquainted — our bodies tensing, our hands hedging, our faces curled into hesitant smiles. “Are we shaking hands?” Lisicky finally asks, though only a second has passed.

I extend my hand. He shakes it. We sit down. I offer him Purell. Nervous laughter. A long exhale.

It’s hard not to conflate the ambient fear Lisicky depicts in Later: My Life at the Edge of the World, out yesterday, with the current mood. (Later is Lisicky’s sixth book and third memoir; it follows 2016’s The Narrow Door, about his rocky and life-defining friendship with the novelist Denise Gess, who died of cancer in 2009.) His latest memoir takes place in the early 1990s when Lisicky, a recent graduate from the Iowa Writers’ Workshop, moves to Provincetown for a writing fellowship, a haven following a life of family trauma. Lisicky captures the whiplash of living in a utopian place — the seaside town on the northern tip of Cape Cod felt radically queer — during a dystopian time, i.e., before the FDA approved the first protease inhibitors, and AIDS was the leading cause of death for all Americans ages 25 to 44.

Elsewhere, he wonders how much the U.S. government’s foot-dragging has to do with AIDS perception as a gay disease, a plague concentrated solely in the ass: “Would AIDS be a different beast if you could catch it from the air conditioning, or by a sneeze or subway pole, a public swimming pool?”

It’s lines like these, I tell Lisicky, that feel particularly prescient in the age of coronavirus: That fear is now. He’s struck by the comparison, yet flinches at the prospect of conflating two drastically different health crises. “I don’t want to overplay it. I think that would be dangerous,” he says. “We’re all encouraged, in this frenetic moment of book publication, to be relevant. I just caught myself yesterday, like, ‘Don’t go there. You’re not going to be happy about this.’”

I ask him to elaborate. “Well, someone who will remain unnamed but is a great supporter of my work said, ‘Oh you should write a piece for The Times in which you talk about what it’s like to publish a book about the global pandemic [HIV/AIDS] in a global pandemic,’” Lisicky responds. (He’s had to cancel numerous book events throughout the country, including a book signing at the AWP Conference just a few days before we meet.) Though Lisicky hasn’t been able to fully articulate why, the suggestion — to essentially use coronavirus as a marketing hook — made Lisicky and his publicist uncomfortable.

I tell him I’ve noticed gay men on social media drawing parallels between the government’s delayed response to the coronavirus with its aforementioned delayed response to the AIDS crisis. He flinches again. “I think we want to seek order through comparison. It’s the hunger for order,” he says. “But I wonder what the early years of HIV would have been like if people had access to Twitter. Would it have changed the outcome? Would drugs have come faster?” He pauses. A sharp inhale. “Those were super nasty times. Unspeakable now.”

Ultimately, what Later provides is a tender, angry and probing account of how one man lived through a public-health crisis, and “how we stay vital and invested in our routines and relationships,” Lisicky says, “when ongoingness isn’t guaranteed.”

Of the current moment, he says, “How do we keep each other laughing? How do we have irreverence? How do we see clearly? How do I tell my brother, when he’s sending me something hysterical, to stop it when there’s so much going on? Those multiple stimuli require us to be really awake in a way that I wasn’t as awake maybe two or three weeks ago.”

Throughout Later, Lisicky regularly conjures the texture of his inner-life, drawing sharp attention to seemingly minor details. “In the era of AIDS, clothes are enormous. They function as armor, or drag,” he writes. “They bestow power, but swallow up whoever pulls them over their heads. Maybe the greatest taboo involves drawing attention to the body, as so many are losing theirs, waking up to find their wrists thinner, chests marked with spots and scale.”

He’s particularly astute at recalling his experience as a HIV-negative gay man in the early 1990s. “I don’t want to even want the adrenaline of good news,” he writes about getting tested, “because that’s always followed by a physical let down: fatigue, depression.” At night, he lays awake and wonders if the doctor who tested him finds him handsome, if it’s possible that AIDS could “make me want sex more than I would otherwise? For its power, for its danger and rebellion.” While hooking up with a lawyer turned go-go boy whose body is “impossibly smooth,” he wonders, “Body hair equals old, equals death, and who could blame any of us for wanting to turn ourselves into babies again? … We deny age, abhor it, including any of the gay men who have made it to 50, 60, unscathed, whom we’ve declared are too timid and unadventruous ever to have been bottoms.”

I inquire if Lisicky, who’s an associate professor in the MFA Program at Rutgers University-Camden, kept a journal during this period. He shakes his head. “Whatever vividness ends up on the page had to do with living so closely to death,” he answers. “Death wasn’t a theory. Those were times of alertness for me, and hyper-vigilance.”

Lisicky completed the first draft of Later in 2015. It was originally written in the past tense, allowing him to imbue his story with the distance of a linear narrative, as if attempting to tie a bow onto those ravaged years. “It just felt too neat to me,” he says. “The wisdom was creeping in. [The story] was bending toward it. It was moving toward some announcement or take away.” Understandably, after more than two decades, he was leaning on the past with the crutch of nostalgia. “But it would be murderous to look at those years through the lens of nostalgia,” he says. “Those years still feel really active and present to me.”

Unsure of how to proceed, he set the book aside. It would take the convergence of his father’s death (“His cycle of illness brought me back to a particular time”); the election of Donald Trump (“The political crisis made me think about the importance of community”); and the advent of PrEP (“Momentous in terms of: Oh, maybe I’m going to be around”), to find a way back into his own story. Inspired by D.J. Waldie’s Holy Land: A Suburban Memoir, Lisicky worked toward breaking his draft apart, drawing fault lines into a once pristine landscape.

The result is a fragmentary narrative written with the urgency of the present tense. Bursts of lucid memories, stray thoughts, emotions and conversations appear and vanish like buoys floating against a night sky. Wisdom doesn’t shape the book so much as inform Lisicky’s rage. By surrendering cohesion, Lisicky says, “I was giving [Later] a shape that could hold irreverence, dread, joy and tenderness and mess — all of it. I could step aside from the forwardness of the story.” These fragments also ultimately reflect how he remembers that period of his life. “It still feels like there’s no cohesion in any of those days. It felt like it came out of nowhere — and it’s still going on,” he tells me, citing the 32 million people who’ve died of HIV-related illnesses globally (770,000 of whom perished in 2018, a mere two years ago).

“Talk about tragedy becoming part of your everyday life.” 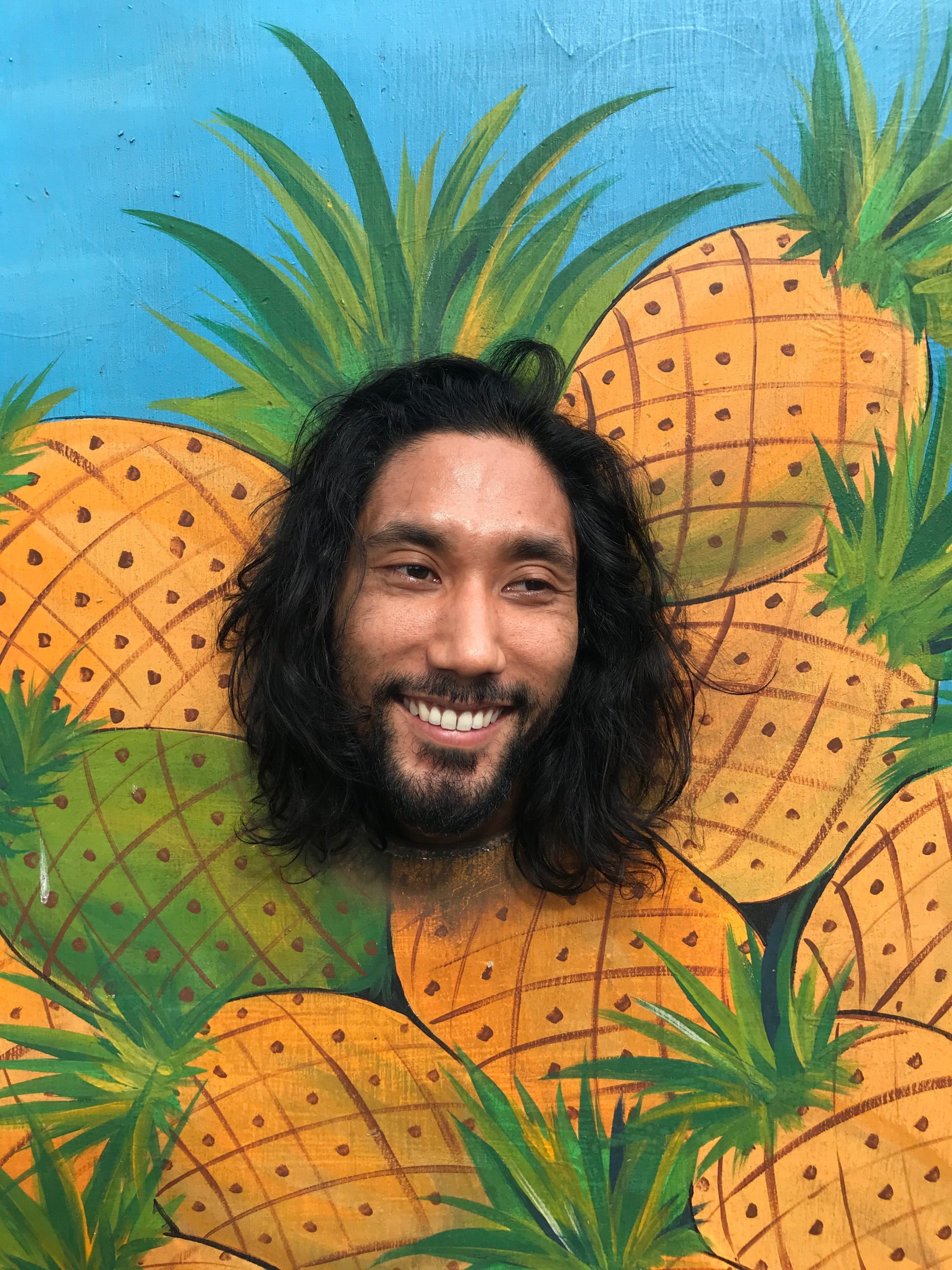