Gary Lutz, the Eternal Writer’s Writer, Steps into His Legacy

Very short fiction is a form of abstraction.

It’s not just a matter of brevity; great flash fiction can, through absence, through assiduous word choice and deviant syntax, offer unusual perspectives on the ordinariness of existence and tell a story unbeholden to traditional notions of narrative. The most lauded writers of flash fiction — Amy Hempel, Diane Williams, Lydia Davis, etc. — are, for the most part, women, and their work often concerns the malaise or mendacity of domestic life. Consider the irreverent lasciviousness of Williams, whose stories depict carnality as an inescapable, frequently disappointing part of womanhood, or Hempel’s unencumbered vignettes of social absurdity.

Gary Lutz, whose work has been recently collected in a single volume (The Complete Gary Lutz), may not be as well-known as those writers, but he has accrued his own legion of acolytes. As with the others, he writes about the degradation of relationships — “My fiction has always been full of ruptures, fractures, severances,” he told Bomb in 2014. “From my first book onward, much of my work has been about collapsing marriages, and every story has had, for me, the feel and form of a fragmentating relationship.” But his writing is also influenced by Gordon Lish, whose editing of Raymond Carver ushered in an era of minimalism (the acknowledgments page of Lutz’s collection reads, “To Gordon Lish I owe everything”).

Yet Lutz, who studied with Lish “for 26 days between June 1992 and June 1997,” shares with “maximalists” an appreciation for unusual phrasing and vocabulary, though whereas the postmodernists and hysterical realists inundated their fiction with torrents of information, Lutz is opaque and impressionistic; he tries to recreate with sequences of words the befuddling sensation of existing. In particular, he uses archaic and obscure words, which, while surprising, are always precisely right (early in his career, he culled words from The Master Crossword Puzzle Dictionary, which is out of print, and now sells for more than $700).

What really distinguishes Lutz from other short fiction writers, however, is his obsession with the sonic quality of language. He told The Believer in 2006 that he might define a sentence as a “quasi-independent unit of tended language, deliberate in every syllable.” He cares about how his prose sounds, its fluidity and rhythm. (In this regard, he is more simpatico with William H. Gass than any other flash-fiction writer.) His sentences are exact and elusive.

In a 2008 lecture called “The Sentence is a Lonely Place,” Lutz expounded on his approach to writing, talking about the “steep verbal topography, narratives in which the sentence is a complete, portable solitude, a minute immediacy of consummated language — the sort of sentence that, even when liberated from its receiving context, impresses itself upon the eye and the ear as a totality, an omnitude, unto itself.” Lutz takes familiar words, formal and colloquial, and frees them from their familiar meaning.

Lutz’s first collection, Stories in the Worst Way, a bitter sliver of a book, begins: “What could be worse than having to be seen resorting to your own life?” This first story is replete with the qualities that would define Lutz’s work for the next three decades: the perverted precision, the melancholy of wanting, the Sisyphean search for meaning in the mundane, the ineluctable severing of lovers, and, of course, those aphorisms, which, sometimes hopeful, sometimes desperate, try to make sense of the inexplicable. “Because some days, the world holds true at the drop of a hat, don’t you find?” he writes. “Things favor themselves: whatever you reach for — a shimmered arm, or parts unknown — is ready, finally, to have itself handled.”

Mainstream fiction has, in recent years, become increasingly unstylish — that is to say, written in prose that is simple, accessible, conversational, sentences that draw no attention to themselves, and which, in their agreeable banality, appeal to readers who care more about story than prose. (Lutz is decidedly not mainstream. Though his debut was published by Knopf, subsequent books have been published by small presses.) Lutz’s writing seems aberrant by comparison. He manipulates language, dominates it, makes words succumb to his desire. There’s something almost carnal about his passion for language. “Shouldn’t writing be far more sexual than sex?” he once said.

Lutz’s early writing is pervaded by a savage, sardonic sense of humor, and a feeling of unutterable dread. The stories are short, their endings enigmatic. With Divorcer, perhaps his most cohesive collection, Lutz began to play with more traditional narrative structures. The stories are longer, the characters given more room to breath; the seemingly insignificant yet astutely observed moments of crumbling relationships recall, in their quotidian malaise, Cheever: “So, in brief, we were not so much a couple as a twofold loneliness.”

This isn’t to say that Lutz has become traditional, though. His stories remain a series of obliquely noticed moments and gloomy musings that approximate “an ongoingness of a sort, if not exactly a plot,” as the writer himself put it. In one story, the narrator tries to flense off weight to fit into his ex-wife’s leftover clothes. In another, a husband describes, without much emotion, the perfunctory marriage that he won’t miss.

Like Kafka, whose use of ungeziefer (literally an “unclean animal not suitable for sacrifice”) to describe Gregor Samsa’s grotesque transmogrification has vexed translators for a century, Lutz has an inextricable relationship with his native language. His small, fawning following is restricted to English-speaking countries, particularly the U.S. In his adoring introduction to The Complete Gary Lutz, the writer Brian Evenson, whose horrific fictions similarly deny readers the comfort of closure (though he writes in an exact and unadorned style that one might be tempted to call simple), describes Lutz as “untranslatable,” and he might be right. You lose the nefarious nuance of his prose, the aural experience of hearing words sequenced with such purpose, when you translate Lutz into any other language.

The insoluble intensity of Lutz’s language recalls the writing of John Hawkes, who, despite being called “feasibly our best writer” by Thomas McGuane in a 1971 New York Times review, never found a large readership. Hawkes was, and still is, almost always referred to as an “experimental” writer, much to his annoyance. “For me, everything depends on language,” he said. He considered “the true enemies of the novel” to be “plot, character, setting and theme,” and strove for a “totality of vision or structure.”

Like Hawkes, Lutz has been called “a writer’s writer,” a term that no writer actually likes. Certainly most of the people I know who love Lutz are people entrenched in the literary world. But I wanted to see what “normal” people, the kind who buy books off of the new fiction table at Strand, think of Lutz, so I asked a few of my friends who are self-proclaimed readers to check him out. “There are no plots,” one groused. Another opined, “Does he need to use such fancy words? I don’t want to have to use a dictionary to read a story.”

“I think good prose should serve the plot and characters,” one particularly flummoxed friend expounded. “Gary Lutz’s prose is distracting and kind of pretentious. He’s trying to sound smart but I don’t know if he’s saying anything.”

Turning back to the literary crowd, at a recent reading in New York, I spoke with a gaggle of Lutz fans, all of whom turned out to be current or aspiring writers themselves. “Why do you like Lutz?” I asked.

“He uses interesting words in interesting ways,” one of them responded. “Nothing happens, yet you feel like he’s saying something indescribable,” another added.

But the best explanation of Lutz’s appeal that I heard was offered by a scruffy-face young man wearing a cardigan. “Most of the more popular books that come out and win awards are story-driven, or have a very clear moral or political thesis,” he told me. “Lutz is challenging and rewarding. You finish one of his stories and wonder what the point was, if there even was a point, if fiction even needs to have a point. He’s exciting.” 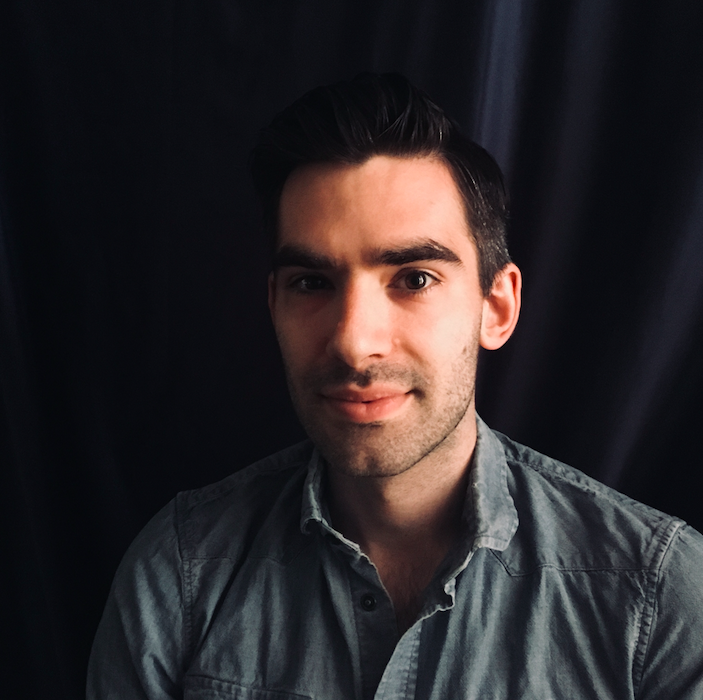 Greg Cwik has written for The Believer, The Village Voice, The Brooklyn Rail, Playboy, Entertainment Weekly, Slant, Mubi and elsewhere.