Can a pod actually save America? A stripped-down chat with Jonathan Propper, the nude man in the viral Dropps ad, about the eco-friendly future of washing clothes

In 2016, an out-of-shape, balding 65-year-old named Jonathan Propper thought it would be fun to get naked to shoot a low-budget commercial for his eco-friendly, plant-based laundry detergent pods. Five years later, the video is still shared widely, often in celebration of a buoyant, farmer-tanned dad bod warning us of climate-busting products spewn by Big Laundry.

With the passion of a high school calculus teacher, Propper, who has been called a mix of George Burns and Bernie Sanders, dryly explains why his water-soluble detergent pods — which he invented in 2005, seven years before Tide — are superior to the unwieldy liquid detergent jugs of his competitors. The crux of his argument: Those old-school jugs contain too many chemicals, way too much plastic and a “stupid” amount of water (Propper says liquid laundry detergent is composed of nearly 80 percent water).

As such, the textile-engineer-turned-entrepreneur guides all of his ventures with a single saying: “Elevate the core, eliminate the stupid.” Doing so, he explains, allows him to focus on perfecting detergent products while eliminating anything that doesn’t add value — e.g., colorful dyes, plastic packaging and myriad other elements that make laundry detergent infamously unsustainable and toxic.

Along those lines, Dropps puts their pods directly into a rPET clamshell that evolves to a flexible stand-up pouch to reduce plastic. The book-shaped box opens to reveal two perforated compartments, which can be separated to keep detergent pods in the laundry room and dishwashing pods under the kitchen sink. To further eliminate waste, Propper did away with labels, instead printing directly on the box with water-based paint to make it fully compostable. “That’s elevating the core and eliminating stupid,” he explains to me. 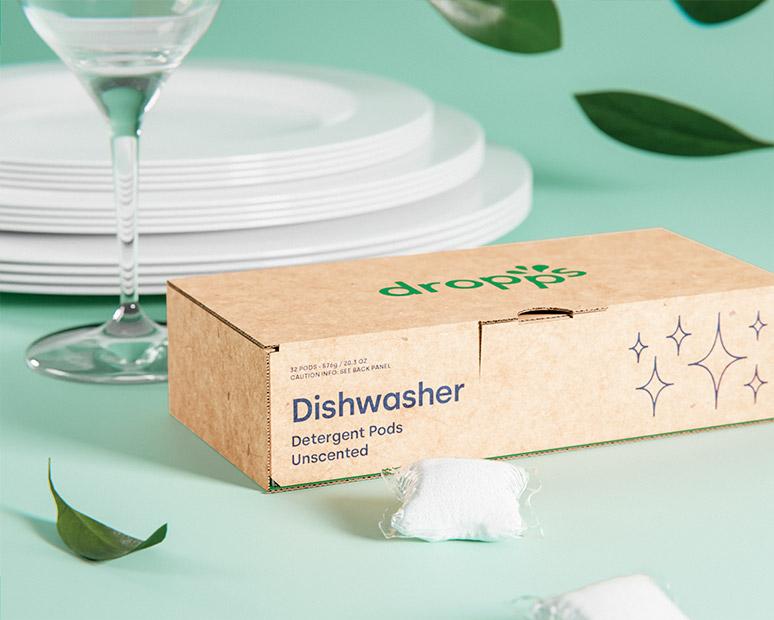 While we’re at it, what’s the difference between baby detergent and skin-sensitive detergent? Nothing. And so, Dropps has one solution for both.

It’s the kind of common sense you’d expect from an aging dad bod, which Propper casually complements with an occasional dad joke. “Clearly if I’m gonna do any more naked videos, I’ll need to elevate the core,” the divorced father of three says with a laugh, a line he’s surely snuck into thousands of conversations since the video premiered in 2016.

Maybe he isn’t kidding, though. After all, he has vowed to get in better shape before stripping down for the cameras again. At the Canyon Ranch Wellness Resort in Tucson, he explains that he was told that if he did something for 21 days in a row, it would become a habit. “They were right,” he says matter of factly. “Exercise is the first thing on my schedule, which mind you, doesn’t mean it’s the first thing I do. Pre-COVID, when I was moving around all the time, I’d be landing in Cincinnati or some place and decide to run instead of eating dinner.”

Not that Propper is looking to outswole Mr. Clean or anything. Far from it. He knows what his true moneymaker is: his message. “People said, ‘Why don’t we find some hunk to do the commercial?,’” he tells me. “Well, because a hunk isn’t the head of this company, first of all. And I think it means something to customers that I’m the one in the bathtub. Not because I’m a bodybuilder, but because I’ve got something important to say about plastic jugs and packaging waste.”