For the late poet and musician, obscurity was its own art

In an email a couple of months ago, the poet and musician David Berman wrote to me about the recent re-issue of his one and only book of poems, Actual Air. He hadn’t published any new poetry or released any new music for a decade. “I wanted it to be out of print, for some of the same reasons I withdrew from making music,” he told me, adding, “Here was a way to find out if I’d be forgotten, or if the work was stickier than that.”

Berman died yesterday at the age of 52. I don’t have any details, other than the shrieking fact of it. He published Actual Air in 1999. I started writing this piece only because I wanted to say how thrilling Actual Air had been for me as a teenager, when the world seemed so under-imagined in comparison. It has to be one of the books I’ve reread most over the past 20 years. It remains the only book I know in which a poem ends poignantly with the line, “No one deserves to be called what’s-his-face” or that contains a metaphysical ode to hallways. To that latter detail, Berman speculates that “if Christ had died in a hallway we might pray in hallways/or wear little golden hallways around our necks.”

Actual Air catalogs road trips, too, name-checking the Tampas and Tulsas of the world while projecting the melancholy of room-service carts clattering at midnight. It has a sweetness in its concrete details, as in “The Charms of 5:30,” an enchanted sequel to Wallace Stevens’ “The Disillusionment of Ten O’Clock.” In it, Berman writes, “This morning I discovered the red tints in cola / when I held a glass of it up to the light / It all reminds me of that moment when you take off your / sunglasses after a long drive and realize it’s earlier / and lighter out than you had accounted for.”

He once told me in an interview — this would have been 2008 — that he had Googled all of the critical phrases in the lyrics to his record, Lookout Mountain, Lookout Sea. It was a form of professional accounting. He wanted to ensure that these phrases weren’t out in the world working for someone else. They needed to be so obscure they could only be Berman’s. They needed to be so sticky they were stuck only to him.

Not long after that interview, Berman wrote a blog post (preserved here) on the website of his record label, Drag City, that revealed, along with his feelings that his band Silver Jews no longer afforded a “refuge away from the world,” the identity of his father. His father was, and is, a prosperous Washington lobbyist. Richard Berman has represented Big Tobacco and coordinated public campaigns in support of factory farming and against raising the minimum wage. His son referred to him as a “world-historical motherfucking son of a bitch. (sorry grandma).” (The phrase “son of a bitch” usually feels so generic.)

What followed were 10 quiet years. There were occasional Berman radar blips, such as a book of cartoons and drawings called The Portable February. Or a performance on The Avalanches’ 2016 single “Saturday Night Inside Out,” for which Berman wrote the lyrics and sings in his Halloween-mask sublimity: “I first saw her in a mega store / the day-glow raven born into a free fall / the fulfillment of a 10th grade prophecy / A motel masterpiece.” Here was a guy who still knew how to party with a couple of adjectives, who once wrote a poem that described drowning in a pond as “seeing rain in its original uncut form.” Over the last decade, too, he intermittently updated his blog, Menthol Mountains. His posts typically featured YouTube videos of droll country songs or quotations from books he was reading. It never got personal, except that it was obviously very personal.

I keep thinking about how Berman wanted to disappear so that he could understand whether or not his work would, too. On the occasion of his death, that announcement a decade ago, about his father and the end of Silver Jews, seems like an even bigger ending than it was. His recent and beautiful return under the name Purple Mountains — Berman released a new album not even a month ago — will always feel to me like a supernova epilogue, a grimly hilarious blowup about the dissolution of everything: happiness, marriage, time. As Berman sings on “Nights That Won’t Happen” from the new record, “All the suffering gets done by the ones we leave behind.”

Scrolling through Twitter last night, I felt reassured to see so many people quoting from overlapping sets of favorite Berman lines, about the phenomenology of sunglasses and the despair of what’s-his-face. Works cited as collective grieving. Like I said, I don’t know how David Berman died, and I wouldn’t deny that all the suffering gets done by the ones we leave behind; still, I wonder about all the suffering he did while he was here.

Since it was out of print until last April, Actual Air has accrued a talismanic aura over time. I only had one banged-up copy myself. I know some people who have hoarded several. The novelist Justin Taylor wrote lovingly for The Believer about his own copy, which had belonged to someone else and now carried with it his and this other person’s handwritten notes, like kids jostling in a crowded aquarium pointing out all the wild shit they couldn’t believe.

This is apparently everyone’s relationship with Berman’s poems. In 2012, a friend called me from the next town over and said, “I’m standing in a book store looking at your name written on the inside cover of a copy of Actual Air. It’s your handwriting.” I’d lent the book out four years earlier and never gotten it back. A former boss had borrowed it. He must have missed the signature on the flap — or so I told myself — when he sold it off for what I’d guess was $1 in store credit.

On the inside cover of the copy I did own at the time were the words, in huge Sharpie letters, “E – Thanks for every word.” Inscriptions like this accomplish exactly what Berman’s poems in Actual Air set out to do. As he writes at the end of “Tableau Through Shattered Monocle,” “These words are meant to mark this day on earth.” That’s why so much of Berman’s poetry has a particular sadness and persistence in memory. It commemorates a momentary presence, one that’s hard to distinguish from the medium and instant in which it’s expressed.

The whole point of Berman’s way with language was to provide a collage of elements that meant something by virtue of how they were framed. He knew he was doing it, too. In “From Cantos for James Michener: Part II,” he wrote about people “who know what I’m talking about.” The people who know what he’s talking about are people who have mistaken the “house’s thermostat for a dial / with which to focus the windows.”

If one mission for a human life is to relish the virtue of whatever vision you’ve been granted, then David Berman was one of my heroes. A real focuser of windows.

Nothing about the re-issue of Actual Air differs from the copy I already own, except that it’s a hardcover. There are the same poems, with no new introduction, forward or afterword. The author photo included in the new edition isn’t even new. It’s an old photo of Berman, in which he stares back from a couch a younger man than he was. It’s as if the entire book is actually a self-portrait from another time — Dorian Gray’s picture, but for preserving the cred of the imagination that marks days on earth.

In an old interview with Pitchfork, Berman claimed that his songs “are built to provide years of shadowplay.” I think he meant that the lyrics, or the words, which he refers to in the interview as the “offense” (as opposed to the “defense” that is the music itself), represent work that can be animated again and again. They’re not easily exhausted or spent. And because they’re all offense and no defense, the poems in Actual Air exercise this shadowplay in heightened form.

One suspects Berman’s allergy to fame was the flip side of wanting it without having to be a publicist. Obscurity, as his Google searches were intended to confirm, is the insurance policy of individual expression. If it’s really you, it’s always a little obscure, no matter how popular or well-known. That Berman used the internet so well — strategic interviews, nearly anonymous blogs, a funny and cryptic Twitter account, a willingness to email with strangers — to achieve his particular kind of “micro-celebrity,” as he described it to me this past May, only underscores the approach. “It was easy,” he wrote to me, “to dare the world to forget me.”

The poems in Actual Air owe a debt to Wallace Stevens, John Ashbery, Bernadette Mayer and James Tate. Sometimes I think I can recognize the resemblance with ease. But somehow Berman is always there to make me feel stupid, because no matter the suffering in his poems, there’s a wild cheerfulness there, too, which is all him.

All your work is stickier than forgetfulness, David Berman. These words are meant to mark this day on earth. 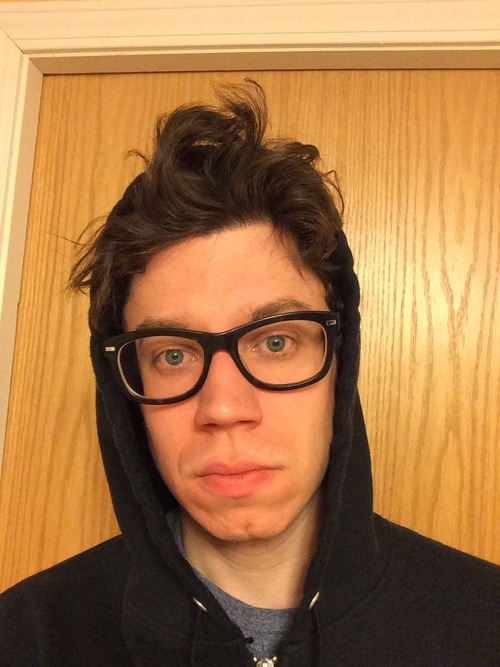 MH Rowe is a teacher, writer, runner, and person who is listening to music. His work has appeared in Popular Mechanics, McSweeney's and The Awl.