This is Wack Mass, an offbeat collection of stories on the intersection of religion and internet culture.

If it feels like Christians have sold their souls, that could be down to evangelical support for a president who paid to commit adultery and oversees the separation of migrant families. Or maybe it’s the never-ending revelations of sexual abuse within the Catholic church. Whatever their denomination, the powerful elite who claim to represent this religion have never been further from Jesus — and I say this as a lapsed Catholic.

Living by the teachings of God’s only son — the messiah! — is a little tricky for us flawed, sinful cretins. And the leading figures of the faith aren’t quite leading by example when they face a moral test. But it’s actually worse than that: We’ve struggled to update Christ’s teachings and principles for the modern age. The Bible is full of all kinds of problematic shit that doesn’t apply anymore. We need to boil it down to an essence. And that’s where dank memes really help. 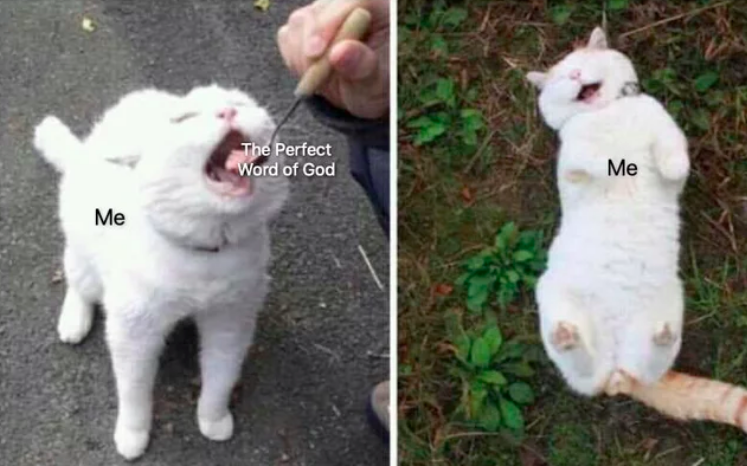 Why study scripture and listen to boring sermons when the internet provides this level of holy content? Reddit’s r/dankchristianmemes is an especially useful resource, with shitposts covering every relevant angle of Christian belief. Yeah, there’s some dubious stuff in there, but the overwhelming majority is pure and wholesome. So when you need to explain communion… 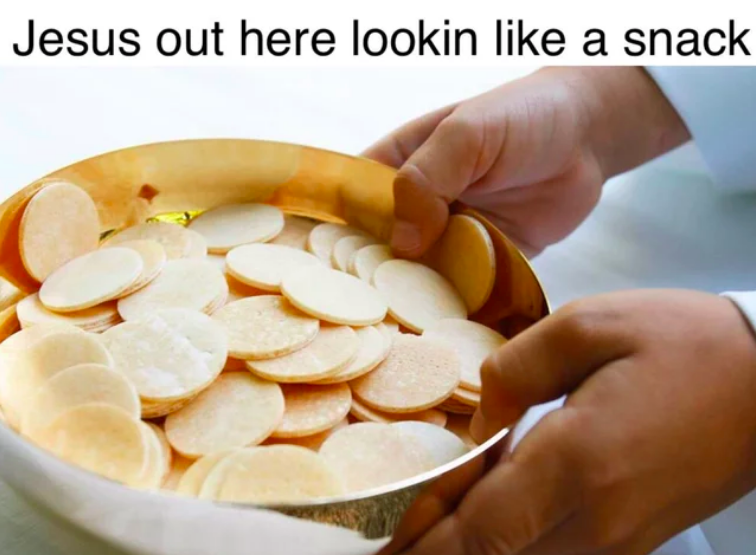 Or the miraculous resurrection of Jesus… 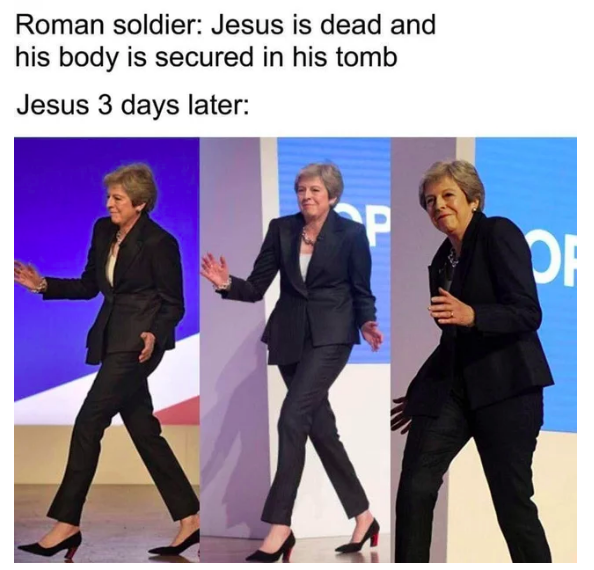 Or even the origin of the Ten Commandments… 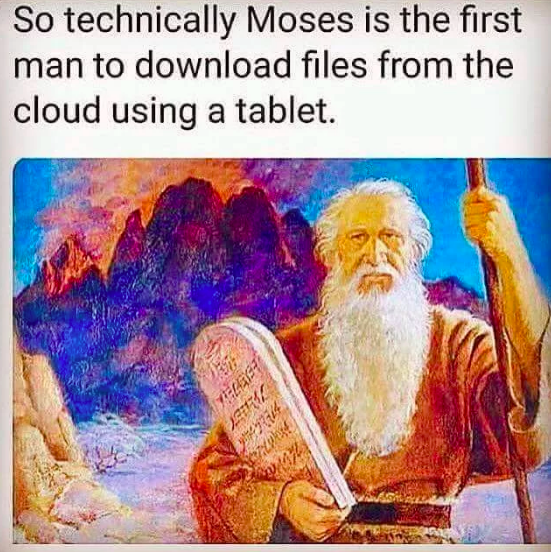 Then you only have to scroll for a minute or two before turning up the appropriate image. And unlike traditional forms of Christian education, these will stick with the youth. I’ll be real for a moment here: I remember approximately one thing from Sunday School, and it’s the day we talked about Jesus eating grasshoppers when he wandered the desert. That was badass. 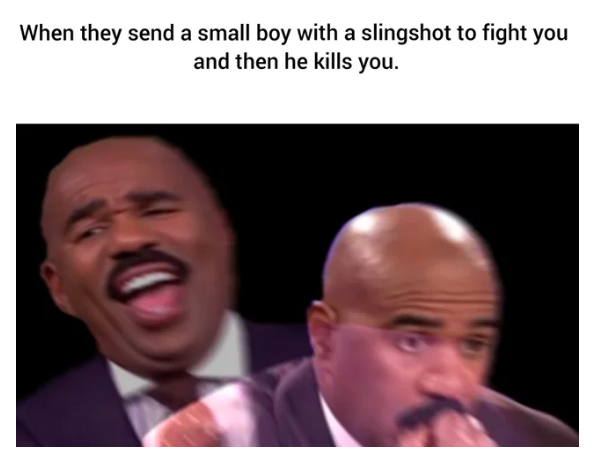 In 2018, the Christian trinity is the father, the son and the holy relatable online joke. If we’re honest with ourselves, memes constitute a religion in their own right. They have natural laws and ethics; they are shared among the devout and used to convert new believers. Why allow them to remain the dominion of pagan spirits? Memes require god just as god requires memes. 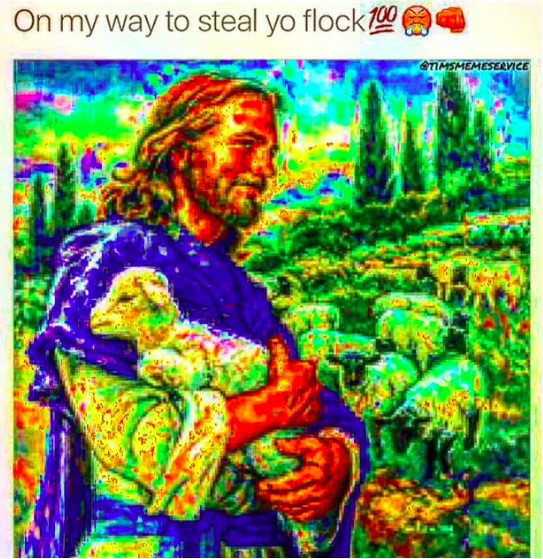 Think of it this way: Would you rather live your life by what the Pope, a celibate weirdo and hat fetishist enthroned in a private nation-state, tells you — or by the divine interpretations of a noble, compassionate hive mind that has rudimentary Photoshop skills? Truly, the Christian world is one of community: bake sales, group trips to baseball games and friendly web forums. I’d like to see a pastor respond to a national tragedy as eloquently as this: 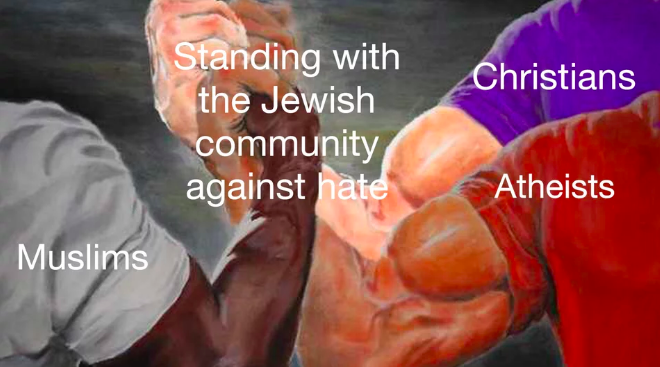 So yeah. Christian memes. Follow the better path, you heathens. Come in from the wilderness of toxic tweets and envy-riddled Instagramming. There is a place for you here, in the light. 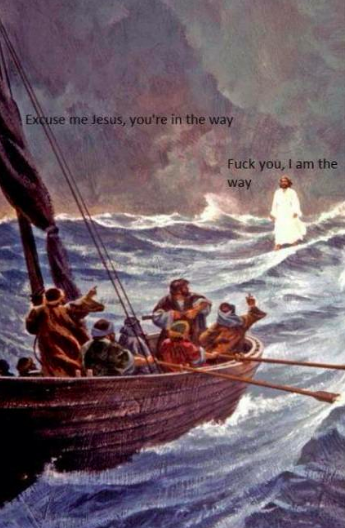