In the Craigslist Free Section, Humanity Eclipses Any Plague

There are no farms in West Hollywood. So why is Sara giving away four bales of hay on the West Hollywood Craigslist free section?

“I owned and operated an in-home preschool,” she tells me. “The hay bales were covered in blankets as seats for the children. I have already moved out of the house because my business has closed due to COVID-19 and I could no longer afford the rent.”

I ask her what she’s doing now. “I am currently doing nothing,” she replies.

Having never made an ethical wage in my 36 years on this leaking Superfund site called Earth, I’ve long been a constant refresher of the Craigslist free section. For over a decade I have milked it for sweet cream and received pints upon pints of life-giving sustenance in return (along with bedbugs and a washing machine I only realized was filled with piss once I’d already transported it to my house, but no risk, no reward).

I’ll never forget, for example, the 200 sealed VHS copies of the Oscar-winning Coen Brothers masterwork Fargo, which when I absolutely had no room left to store them in my fetid studio apartment, I humbly returned to the Craigslist free section, specifically to a guy named Jerry, who vowed to make them into a throne. “I don’t care what anyone else says,” he told me at the time. “I’ve dreamed of sitting on a throne made out of masked taped copies of Fargo since I was young.”

I’ve found myself the protagonist of a short story, like the time I went to a guy’s apartment to pick up some sixers of non-alcoholic Heineken — My name is Megan, and I’m the thing — he bought in order to “trick his dad, but they didn’t work.” “I don’t think you’ll get much of a buzz,” he said while placing them in the trunk of my car, gesticulating toward their advertised alcohol content of 0.0 percent.

He shifted his arm to reveal that he was also carrying a bottle of white wine and asked if I wanted it. “I’m good, man,” I replied. “I’m an alcoholic.”

“Do you know anyone who would want it?” he countered. “I just don’t want any alcohol in the house.”

I imagined his father angrily slamming kitchen cabinets in the stuccoed apartment above us, looking for his stashed Stella Rosa. I solemnly took the wine and gave it to someone for whom alcohol was an occasional, pleasurable, escape.

All of which is to say, during my forced sabbatical from normalcy (i.e., quarantine), the abandon with which I’ve been scrolling through the Craigslist free section is rivaled only by that of a horndog looking for four-year-old bikini pics on Instagram. Better yet, given that tons of quar-bored people are currently spending the majority of their days ameliorating the piles of shit cluttering their closets and garages but are unable to drop off all of this expired body wash and thrice-assembled IKEA furniture at their now-shuttered local Goodwill, the inventory is as endless as it is bountiful. It may be the worst time to be an American since the Great Depression, but it’s the best time to be an American with unlimited data and free time.

Were I willing to drive to Temple City, two hours away under normal circumstances but a mere half hour in a global pandemic, I could score 170 used bricks RIGHT NOW. If I schlepped to Palmdale, a now 54-minute hop/skip/jump, a “domesticated gopher” would be awaiting me. Meanwhile, a 40-minute jaunt to Redondo Beach could yield a collection of stuffed animals that the current owner describes as “cute” but look as though they’re haunted by the soul of the deceased child who originally owned them.

Yes, unemployment rates are harrowingly high. Yes, my grandfather is currently in an intensive care unit and I couldn’t visit him if I tried. Yes, you won’t be able to dig like a pig through a trough of discounted bras at Victoria’s Secret for the foreseeable future. But in the Craigslist free section, not only will you find a semblance of normalcy, you will find a place where business (albeit business operating beyond the diseased realm of capitalism, which is doing its damndest to ensure fear of our fellow vector will not leave us for at least a year) is booming.

Because the Craigslist free section is the ultimate safe place, virus be damned. “As for strangers,” says Jack, who is currently giving away “several hundred” bowling pins, “I’m not worried. I’m 67 years old and in good health, and anybody that’s lifting and using these pins is also probably in good health. If they weren’t, they’d be in bed, not picking up a few hundred pounds of pins. Most of the people who come here have a mask on anyway. It’s too late in life to worry about the small shit.”

On the flip side, there are those who are not not scared, but are still willing to help a sister out. People like Jessie, who is giving away “a bunch of pregnancy and ovulation tests” because she has “this feeling of team spirit in coronavirus.” “If one potentially pregnant woman doesn’t have to go to CVS right now, that’s a win,” she continues (Jessie is a pseudonym because she doesn’t want her employer to know that she’s pregnant, which seems like a particularly cruel circle of Hell to be in but also a quarantine sitcom premise, that being attempting to hide your baby bump via Zoom). “And if a worried unemployed person doesn’t have to spend money right now, that’s also a win!”

“I’m SUPER worried due to being pregnant and high risk,” she adds. “I told one interested party that I could leave them on a specific corner in a bag at a set time rather than do a person-to-person hand-off. But my abundance of caution might have freaked her out because I didn’t hear from her again. Or maybe she got her period! There’s no way to know.”

“I’m kind of surprised at the many people who express interest and pick up items from strangers,” Erin says. “Today I gave away a computer monitor, large TV, two bags of clothes and miscellaneous household items, all to the same man. He said he has a large family, and we were happy to just be rid of it.”

In addition to the usual quarantine re-organizing, Erin is also doing some psychic cleansing, as she currently has an artless trivet featuring a quote from Mother Teresa on offer. It was made by “a very close former friend from college. She literally said she didn’t want to be friends anymore about a year ago so I decided I don’t want this reminder of her anymore — and we just have too many trivets.”

Sometimes you will think something has no worth, but you must trust the process. 500 rusted bottle caps may appear to the naked (or contacted, or glassed) eye to be completely fucking worthless, but Phillip’s not conviced. He collected them for an art project that he is “not going forward with,” but instead of throwing them out, he’d rather they have “a continued useful existence in someone else’s possession.”

“This being during a pandemic is an irksome coincidence, as I’ve been in the process of disposing of most of my worldly goods for some time,” he tells me. “Usually I donate items to the Rescue Mission, but in the case of the bottle caps, if it’s no man’s treasure, it’s my trash. So into the recycle bin.”

But not so fast with all that recycling talk. Because even shit one would think should go into the recycle bin, as it was designed for such a fate, finds a second life on the Craigslist free section. Case in point: Genie, who has listed empty glass jars of honey. “They’re still good for a secondary use,” she explains. “If I can delay them going to the landfill, that would be a good thing.”

When I ask if she’s successfully given away such jars in the past, as I refuse to believe anyone would drive to Pasadena for an empty container of honey, she responds in the affirmative.

I’ll admit that when the pandemic hit I was initially reticent to accept the Craigslist free section’s particular iteration of kindness from strangers. But I’ll also admit I hated disco when I was in high school. In both instances, I grew up.

As for me, my first quar pickup was from a poreless, yoga-pants-clad West L.A. mom who gave me the 3-foot tall clothing rack her daughter used to store her “princess dresses.” I immediately scuttled back to the Eastside like the scavenging insect I am and hung my never-dry-cleaned jackets on it. I’ve also since procured two telescoping fruit grabbers (I found a house in the Hollywood Hills that has an avocado tree in its front yard… jealous?), and a mid-century modern lamp.

For safety purposes, I smother everything in Clorox wipes when I pick it up, but I’m mostly with Jack: It’s too late in life to worry about the small shit. Plus, it’s just nicer to think about a place where capitalism hasn’t corrupted human kindness.

I mean, sure, it may be theoretically depressing to see someone giving away a child for free, as no doubt was the intent of the person who wrote the “looking for a couple seeking adoption” listing in California City. But isn’t it nevertheless good to know that there’s a place you can obtain anything for nothing — up to, and including, something as allegedly priceless as human life?

And isn’t it a similar comfort to know how worthless worth actually is, in spite of it all? 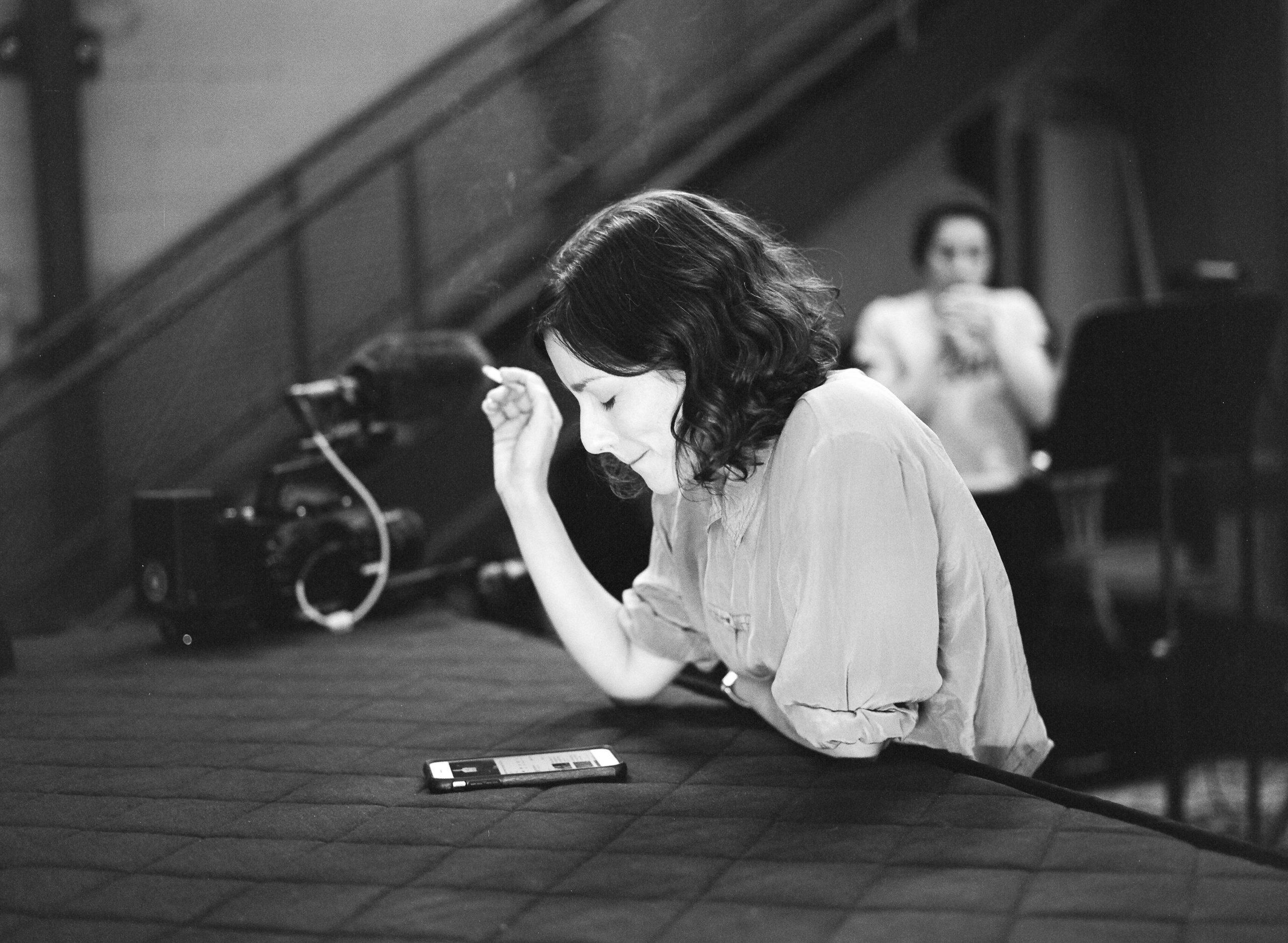 Megan Koester is a comedian, writer, journalist and actress. She typically writes about media, comedy, the entertainment industry, feminism and L.A. culture.