A school in the Sunshine State recognized a teacher for her excellence as an educator, but just two days later, a Black student said she attacked her for posting about how she’d used the n-word in class

Two days before Halloween, Principal Tyrus Lyles of Darnell-Cookman School of the Medical Arts in Florida had to make a difficult phone call. In his recorded voicemail to parents, Lyles got right to the point: “Hello Darnell-Cookman families. It is very disappointing, but I am compelled to share with you that one of our teachers was arrested today on campus for child abuse. Even more disappointing, the teacher arrested is our recent Teacher of the Year nominee.”

It all started, in fact, with that Teacher of the Year designation, which the school tried in earnest to celebrate by posting a congratulatory message on Instagram.

But as soon as that (now-deleted) post went up about the honoree — 60-year-old Caroline Lee — a few former and current students had some things to share about Lee. They mentioned microaggressions they’d experienced in her classroom, and one went as far as to ask if she was the same teacher who used the “n-word” in class.

Soon thereafter, Lee took to Instagram to defend herself, arguing that she’d used the racial epithet during a class discussion about John Steinbeck’s Of Mice and Men. She didn’t let it go there either. On a subsequent school morning, Lee reportedly confronted the former student who posted on Instagram about Lee using the “n-word.” Per the school’s surveillance footage, which was later reviewed by police, it was at 8:21 a.m. when Lee left her classroom and used a passageway to visit the classroom where the student was. Approximately one minute later, Lee and the student, who is Black, were seen walking back to Lee’s classroom. The police report described Lee as moving “at an aggressive pace.”

Three minutes after that, the student walked out of the classroom. The police report noted that her demeanor had changed and that she was “holding her facial area.” She was next seen walking directly to the guidance office. The student informed the staff there about the alleged assault by Lee. The guidance counselors contacted the school police officer, and the student then described to the officer what happened during those three minutes when she and Lee were out of the range of school cameras.

According to the student’s account, her first period teacher had informed her that Lee wanted to speak with her. The student confided to the teacher that she didn’t feel safe going. So much so that when she did eventually leave the classroom, instead of departing for Lee’s classroom, she hid in the bathroom. When she returned to class, it wasn’t long before Lee arrived to confront her.

After Lee briskly escorted the student to her classroom, Lee told another student in the room to exit so they could be alone. Once they were by themselves, Lee asked the student to take a seat. Next, Lee approached her and asked her why she was threatening her on Instagram. The student denied that accusation and said she wasn’t threatening her. That’s when, per the student, Lee “reached across the table and struck her on her face with the heel of her palm,” giving the student a bloody nose. Lee then proceeded to batter the student with a series of strikes, “repeatedly calling her a ‘f****** b****,’ as she landed several more strikes on the top of head,” according to the student’s report to police.

When the school officer asked Lee for her version of events, Lee admitted to having seen the Instagram comments about her. She also told the police that she interpreted the student’s comment on Instagram “as a threat to kill her.” At the same time, though, when asked why she hadn’t reported the incident to school authorities, Lee told police that she didn’t feel the need — and that she wasn’t afraid. Which directly contradicted the severity of the threat to her life that she’d expressed previously. Lee also denied ever assaulting her former student. Instead, she said she simply asked the student to delete her comment on Instagram. (Lee hasn’t made any public comments about her arrest, and some parents have even come out in support of her.)

But after interviewing four witnesses and reviewing all available camera footage, the campus officer believed he had enough to bring charges and arrested the school’s Teacher of the Year for child abuse. That evening, Lyles sent his voicemail update about Lee, and in the coming days, Duval County Public Schools Superintendent Diana Greene reiterated that same message with a statement of her own: “This allegation and the arrest are beyond disturbing. What is alleged should never occur — ever — especially in a school setting. I have no tolerance for adults who harm children, especially adults in a position of trust. We will cooperate with all investigations, and pending those results, we will take the actions necessary to stand up for and protect our students.”

After her arrest, Lee was released on her own recognizance. The judge ordered her to have no contact with the student. The school district acted to remove Lee from the school and reassigned her to the Teacher Supply Depot. (She continues to receive her salary.) If her case goes to trial, she could face prison time. 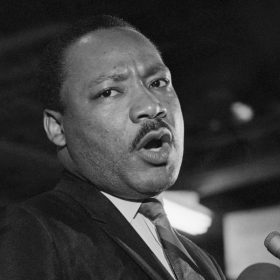 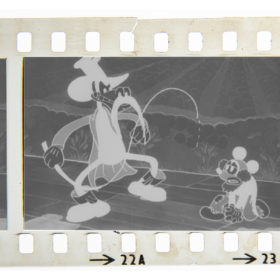