Can the New ‘Dune’ Stand With the Best of Giant-Worm Cinema?

The 1980s gave us unforgettable mega-worms, and they’re gonna be hard to top

If you’re an American, but not Tom Cruise with a high-tech face mask, I’ll bet you haven’t been to the movie theater lately. We didn’t get the pandemic under control in time for Christopher Nolan’s Tenet to be quite the supercharged summer blockbuster that Hollywood was praying for. Eyes have since turned to Denis Villeneuve’s Dune, a gray-looking take on the venerated sci-fi novel by Frank Herbert, slated for December release. A very hyped trailer dropped this week.

The three minutes of advertising culminated in the only money shot imaginable: a gigantic worm rising out of the sands of the desert planet Arrakis. A fair amount of response centered on the resemblance of the sandworm’s “mouth” to a formidable anus — no doubt intentional — while some outlined the importance of the worms’ reproductive cycle to Dune’s plot: The worm larvae produce the coveted “spice” drug that sets the human conflict in motion. But will a sphincter-forward design and mystical substance be enough to make Villeneuve’s worms the ultimate winners in the grander scheme of worm film?

First and foremost, you’ve got to outdo the sandworms from David Lynch’s infamously troubled 1984 adaptation of Dune. The movie was panned, and bombed accordingly, with Lynch complaining that executive interference had led to a messy final product. But whatever its faults, the ’84 Dune had the ridiculous visual flair you want in a space opera, and the worm puppets were an ideal blend of Henson-gone-horror and high nerd camp. It didn’t hurt that when Paul Atreides climbed aboard one of the mighty beasts to steer it, he was accompanied by sick power riffs from the band Toto, who scored the entire film. The abyssal butthole CGI worm of 2020 Dune will have to awe or thrill us twice as much if the movie is to have any purchase.

A related monster, also referred to as a “sandworm,” makes brief but memorable appearances in Beetlejuice (1988). These worms inhabit a surreal netherworld accessible from the afterlife; it seems that if a ghost leaves their assigned place of haunting, they’ll be attacked by the ferocious monsters. The stop-motion design is even more fanciful, the best of vintage Tim Burton, featuring a carnivalesque color scheme and a secondary head that emerges from the first. In its trippy cartoonishness, the Beetlejuice sandworm makes a bold argument against the overserious style of worm glimpsed in Villeneuve’s Dune — although perhaps he can be given credit for a biologically plausible model.

There’s no question that either approach is better than the middle ground of the “exogorth,” or “space slug,” a massive organism that rather unbelievably makes its home inside free-floating asteroids of the Star Wars universe. In The Empire Strikes Back, our heroes are almost trapped in the belly of such a beast, but it’s little more than a side gag on their journey. Without some good weird lore, this worm has no bite.

And if Villeneuve wants to conjure the most frightening giant worm in cinema, he’s going up against none other than the legendary Swiss artist H.R. Giger, who contributed to the nightmare landscape of Poltergeist II: The Other Side (1986). In a scene I still recall from a traumatic childhood viewing, actor Craig T. Nelson — father of a family afflicted by evil spirits — downs a bottle of mezcal, worm and all, then vomits up a humongous mutation of it, which then slithers under a bed and transforms into… well, you can watch it if you really want to ruin your Saturday.

Why were massive worms so common in the 1980s? Was it a bizarre case of homage and imitation, or something as simple as a few different screenwriters landing on the pitch “a worm, but it’s really big” after they saw some breakdancers doing The Worm, a notable move of the era? Or perhaps the consumer materialism of the decade — as well as the vogue for sleek surface and loud neon — inspired a return to the dirty, slimy earth, and the alien species that dwell there. The primeval, subterranean menace as the natural counterpoint to flashy urban futurism. If so, the trend culminated in 1990’s Tremors, the undisputed masterpiece of worm-core filmmaking, as attested by the preposterously long-lived franchise it spawned.

Tremors wasn’t a box office smash, but it dominated the movie rental market to achieve the cult classic status it clearly deserved. It’s the platonic ideal of a B-movie creature feature, with man-eating ancient worms terrorizing the tiny town of Perfection, Nevada. Blending solid scares and laughs, a stellar ensemble (Reba McEntire as a gun-fanatic survivalist!), a pleasing blue-collar slant on Western tropes (it doesn’t pay to colonize the frontier, while co-leads Kevin Bacon and Fred Ward are loser wannabe cowboys who use their wits as itinerant handymen to save the day) and a dorky seismologist (Finn Carter) to dispense the “science” in this sci-fi, it’s the kind of thing you can’t flip away from when channel-surfing on cable.

The true stars, of course, are the hulking worm antagonists, who track their prey by soil vibration and exhibit a novel anatomy: They extend smaller tentacle-like “tongues” to ensnare their food and drag it downward. This is how they earn their improvised and delightful nickname — “graboids.”

It’s too soon to argue about where Villeneuve’s sandworm lands in the mammoth-worm canon, but I think it’s fair to say he’s set himself a considerable challenge. One hopes that, as with the predecessor worms, there’s more to it than brute mass and a terrible, gaping maw — a quality megaworm needs the super-sized personality to match. What I’m saying, Denis, is maybe dub in a few lines of worm dialogue voiced by, like, Gilbert Gottfried. Just so we know what the worm is thinking, the emotional stakes it brings to the story, that kind of stuff. It might sound insane, but then again, you already shot an epic drama about space worms. Meet me halfway here. 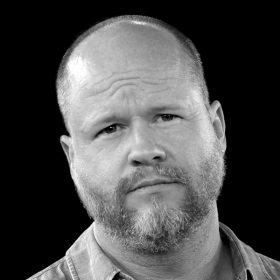