Hot water, booze and a little honey, and I’m ready to ride out the pandemic winter in bed

Before there were chilled cocktails, there was the hot toddy — a mix of whiskey, hot water, sugar and lemon that could tackle a hangover as easily as the coldest winter nights.

As with most centuries-old recipes, there’s dispute over the origin of the hot toddy; there’s a strong case that it was born in Scotland, while others tie it to British trade with India. Regardless, it became ubiquitous in the 18th century, and its popularity had as much to do with resources as its deliciousness.

Remember, ice was a luxury for common people until the advent of refrigeration in the 20th century. But who needs ice when you have a drink as soothing and boozy as a good hot toddy? People loved it so much back then that even doctors were proclaiming it a restorative cure-all, perfect for fighting off all kinds of maladies. “If your child begins to snuffle occasionally, to have red eyes or a little deafness; if his skin feels dry and hot, and his breath is feverish — you have now an opportunity of doing your work much faster than ever before,” the Burlington Free Press declared in 1837. “Ply him well with hot stimulating drinks, of which hot toddy is the best.”

I’m not sure what the American Medical Association’s guidelines on giving hot whiskey drinks to kids are these days, but for those of legal drinking age, the toddy is a satisfying cold-weather drink that can be adapted to every home bar. You’ll find all kinds of drinks labeled as hot toddies these days, and some even feature mixers like apple cider or black tea. Nothing wrong with that, but I think it’s both more authentic and delicious to use regular hot water instead.

Where I do think you ought to experiment is with spices and garnishes: Typical autumn flavors like clove, nutmeg and cinnamon work well, but I used a bit of allspice that was sitting around in my pantry and found its flavor to be a perfect partner for all kinds of aged liquor, from bourbon to reposado tequila. Orange peel is a nice switch-up from lemon, and there’s endless versatility with sweeteners beyond classic honey or simple syrup (try demerara or brown sugar, maple or agave syrup, etc.). 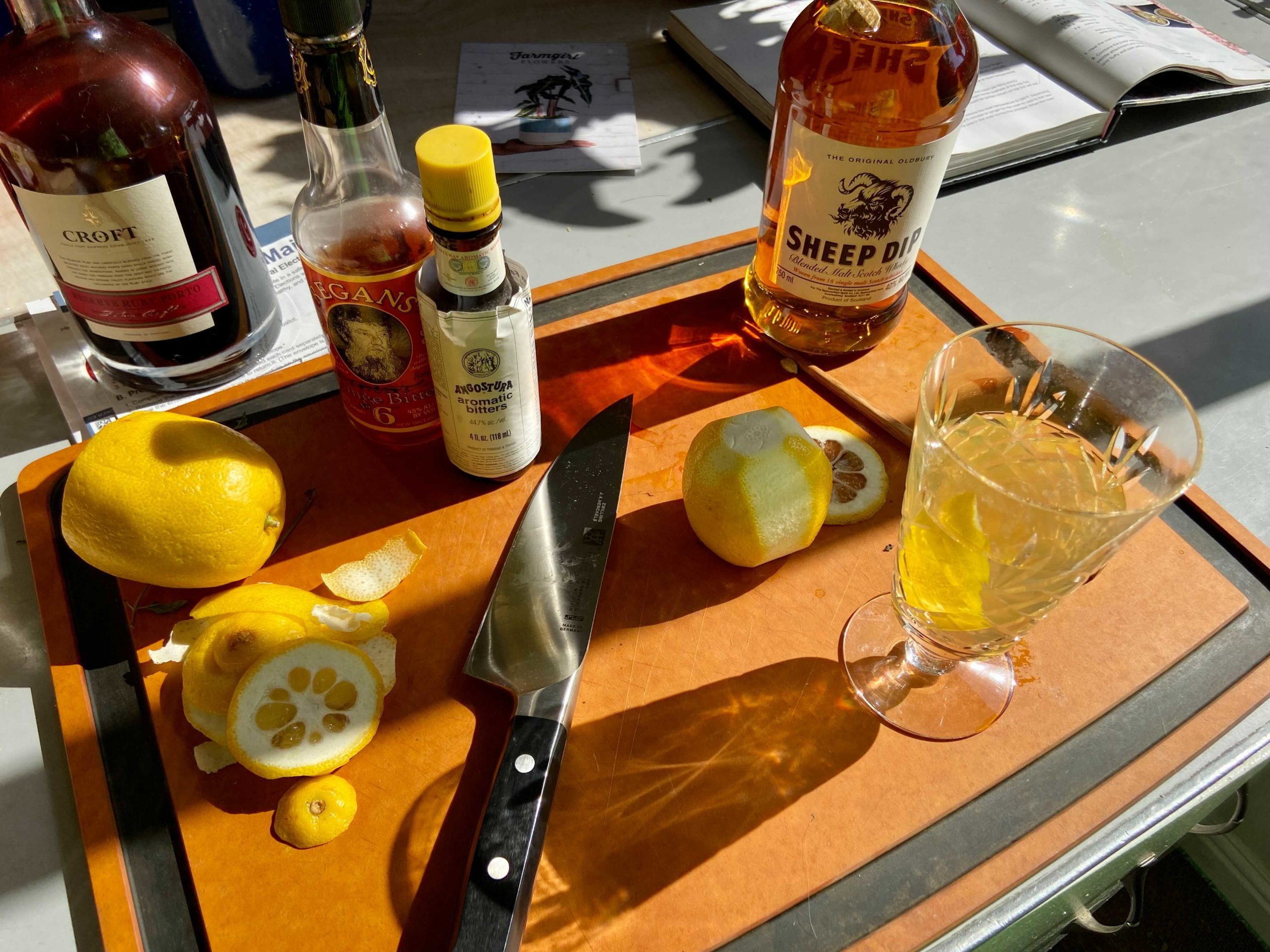 The weather is turning chilly here in San Francisco, and I’m glad it’s the right weather for me to curl up under a blanket on the couch with a mug of warm, honeyed scotch and a favorite old book. It looks like tea, but hits like an Old Fashioned — and hell, it sounds like the perfect restorative to get me through a nerve-wracking election night next week.

Pour a dram of whiskey or another aged spirit of your choice into a favorite mug. Add a tablespoon or two of sweetener — the traditional pick is honey. Top the mug with about 3/4 cup of hot water. Finish with a twist of lemon peel — and maybe a tiny squeeze of lemon juice, if the mood strikes. (Feeling really radical? Try a splash of bitters and a slice of ginger as garnish.)

For what it’s worth, my favorite versions involve scotch and, surprisingly, port wine. I mix the former with honey, a dash of orange bitters and a modest pinch of allspice, plus the traditional lemon peel garnish. Port wine, meanwhile, blends beautifully with a quarter-ounce of maple syrup, a touch of lemon juice, some Angostura bitters and a cinnamon stick in the mug. Port takes the drink a big step away from the whiskey-forward original, but it’s rapidly become my preferred nightcap at the end of a tiring day.