Bada Bing! Strip Clubs Based on ‘The Sopranos’ Are All Over the World

From Copenhagen to Rosarito Beach, Mexico

The Sopranos’ Bada Bing! strip club is quintessential Jersey. Somehow, though, it’s still gone international, with multiple clubs named after the Bing — and with nearly exactly the same logo — popping up in Copenhagen, Denmark; Rosarito, Mexico; and until very recently, Mexico City (that establishment is now under new management, which sadly renamed it “Queens”).

The Bada Bing! Stripklub København Copenhagen is described on StripClubGuide.com as directly inspired by The Sopranos while “running on its own recipe, inﬂuenced by the American ‘Mobster’ ﬁlm genre,” and on its own Instagram as “Denmark’s most exclusive stripclub.” Mob memorabilia is scattered throughout the club’s two floors. There are framed photos on the wall of Al Pacino in The Godfather and Scarface and Joe Pesci in Casino, an autographed baseball bat from The Sopranos and a golf ball from James Gandolfini with “How’s your balls?” scribbled above his signature. One plaque dedicated to Tony Soprano and Christopher Moltisanti declares, “The Sopranos is widely regarded as one of the best television series of all time.” A reverent photo of Bing proprietor Silvio Dante hangs behind the bar.

The fictional Bing in the HBO series — along with Satriale’s Pork Store, headquarters for the Soprano family mob operation — was a place for work, to play poker and eat sfogliatelle, as well as for Tony to sleep when zonked out on lithium and beat bartenders with rotary phones á la Russell Crowe. (It also served as the setting for the most brutal murder on the show, when the loathsome Ralph Cifaretto beat Tracee, his pregnant, 20-year-old dancer girlfriend, to death in the parking lot.)

The Bing’s logo, featuring an exclamation point and the classic trucker-style silhouette of a voluptuous lady, has become one of the show’s cultural touchstones. It was theoretically christened as such in honor of The Godfather’s Sonny Corleone’s catchphrase, “bada bing,” though reps for Sopranos creator David Chase declined to confirm or deny this as fact. (My best friend and I have matching Bing T-shirts. I get a lot of compliments when I wear it to the gym.)

Same, curiously, for the Rosarito location, where employees claim to have no knowledge of The Sopranos, though the bar’s logo is nearly identical to that of show’s Bing. Yelp reviews paint a delightful picture: There are “super hot chicks” and toothbrushes in the bathrooms and “butthole cigarettes.” (I have yet to find an exact definition for the latter, but clues lead me to believe that a butthole cigarette involves sticking a lit cigarette up a bum and puffing away.) One review complains of an inability to find “party favors” — if only Christopher and Adriana had been on vacation.

On the flip side, the Copenhagen Bing eagerly courts the comparison. It’s located in a picturesque, touristy neighborhood near the waterfront, in a baby blue building with white trim. The logo is nearly exactly the same as the one from the show, with white letters instead of red. I stumbled upon the gentlemen’s club when in the city for work, immediately freaked and asked a man smoking a cigarette outside if he could tell me anything about the place. He laughed and said something about “Christophaaaa.”

Tourists stop outside the Bing Copenhagen to gawk and make Sopranos jokes, and management has an undeniable affection for the show. Some local patrons — at least the ones who boast about visiting on social media — seem to act more like wise guys than the type who like to watch them. Most, though, tend to just focus on the “exciting ladies with nice tight boobs.” Sounds familiar.

All of which begs a pretty obvious question: Is any of this legal? Or more to the point, do any of these businesses violate trademarks? Reps for HBO declined comment, but a search through the U.S. Patent and Trademark Office revealed that the trademark for “Bada Bing!” is owned by a soda company. (There is no trademark for a Bing sans exclamation point.) According to Neil Netanel, an attorney and professor at UCLA who studies copyright, free speech, international intellectual property and telecommunications law and policy, since HBO sells Bada Bing! merchandise, they likely own some kind of mark. Netanel says that if a Bada Bing!-named business in the U.S. “is trying to pass themselves off as affiliated with The Sopranos or HBO,” HBO could have a case.

Besides, The Sopranos’ Bada Bing! had an inspiration of its own — a Queens “jiggle joint” called Wiggles, owned by mobster Vincent Palermo. Not to mention, The Bing scenes were shot in yet another bar: Satin Dolls in Lodi, New Jersey. Signage claims it as the “Home of the Original Bada Bing!,” the logo complete with The Bing’s posturing mudflap female silhouette and star-shaped nipples.

My friend Megan, who wrote her senior thesis on narratives of the dirty jerz, drove us in from the city, blasting “Born to Run” and pointing out mob-controlled hotel complexes and all-American football fields. There were billboards everywhere for Shen Yun, the incessantly advertised dance show that serves as propaganda for the Falun Gong movement, a spiritual group opposed by the Chinese government. In fact, an enormous purple Shen Yun billboard hangs over the Satin Dolls entrance. Megan says that the scene reminded her of a favorite Springsteen quote — that almost everything in the Jersey boardwalk town from which he hails is “tinged with fraud.”

Satin Dolls looks different than the way it was shot on The Sopranos — it’s large and too clean and bright; whereas on the show, the place is musty, smoky, even eerie (consider the moment when Paulie Walnuts sees the Virgin Mary levitating near a pole). We went in late December, and so, one high shelf included Christmas decorations, sparkly fake snow and pink-cheeked Santa Claus dolls. Meanwhile, the bartenders sported Kris Kringle-esque red thong bodysuits with fluffy white trim.

The main room’s primary feature is a rectangular padded bar wrapped around a stage in the same shape, the performance area littered with faux Louis Vuitton totes. Bar seats are located at least three feet from the stage, so it’s difficult to properly make it rain. A man in the corner smoking a teeny hookah tried to toss a stack of cash on the dancers, but it just swirled everywhere in a little mint tornado, landing mostly on the floor and inside pint glasses. Our bartender told me that they encourage customers to roll bills into balls for easier tipping. My seatmate, an older white man in a shirt advertising Minnesota’s Busted Nut Bar & Grill, began courteously crumpling up a pile of ones.

The dancers at Satin Dolls are objectively gorgeous, and once the glum DJ switched from “Mr. Saxobeat” to Ozuna, they really got into things, climbing up the pole to perform physical feats of which I could only dream. I was taking notes — barely legible scrawls including “Christmas wedgie” and “men in pinstripes have personal injury lawyer vibe” — when the manager approached. He told me to stop writing things, which is wise advice in general, and declined to be named or interviewed. He sat in a booth, eyes boring holes into us until we left feeling like total buchiachs. Sil would have been proud.

Satin Dolls, which has a sister club, AJ’s (not Soprano) GoGo Bar in Secaucus, was the subject of a flurry of headlines in December 2017, when the state revoked its liquor license due to mafia-related activity. (To quote NJ.com, “New Jersey has whacked The Bing.”) According to the office of the New Jersey Attorney General, owner Anthony “Tony Lodi” Cardinalle had been indicted by the federal government in January 2013 “for participating in a conspiracy by the Genovese crime family related to the waste-disposal industry in New Jersey and New York” — a case of life imitating art — and was convicted of racketeering conspiracy and conspiracy to commit extortion in December of that year.

Cardinalle, who later turned rat and cooperated with the prosecution, was no longer allowed to operate a business with a liquor license. He was supposed to turn it over to someone else, though the government ended up granting his family multiple extensions over the ensuing four years. In May 2017, however, the club was slapped with charges of criminal solicitation for prostitution and lewd activity, and nearly four months after missing yet another deadline to transfer the liquor license, it was shut down.

“There are regulations that control the ownership and management of establishments that sell alcohol,” says litigator Christopher Porrino, who served as New Jersey’s Attorney General from 2016 to 2018. “And certain of those regulations prohibit individuals with certain offenses in their backgrounds from holding ownership interests or controlling an entity that has a liquor license. The allegations at the time were that several of the owners who were previously told that they needed to divest their ownership interests had not. We provided them with additional time to do that, and at the end of the day, we realized that they hadn’t done what we’d ordered, and so we took the action.” (He tells me that “of course” he watches The Sopranos.)

Satin Dolls reopened in March 2018 under the purview of an entertainment company in Parkland, Florida, and local town councilman Vincent Martin, which is very Jersey. The news came just weeks after the announcement that David Chase and co-writer Lawrence Konner had sold a Sopranos prequel script, entitled The Many Saints of Newark, to New Line Cinema; the film, set against the backdrop of racial tensions in 1960s Newark, will focus on the exploits of Christopher Moltisanti’s father, Dickie, and Tony Soprano’s father and uncle (Johnny Boy and Junior Soprano respectively), with a subplot dedicated to Tony’s boyhood (hopefully without revisiting the amusement park thing, because that was upsetting).

The entire pop culture-loving public at large seems to be experiencing a resurgence of love for The Sopranos — a steady stream of affection that never really went away, but seems to have been amplified in the past decade by the advent of social media, HBO Now and overall widespread nostalgia (even though Tony himself famously said that “‘Remember when’ is the lowest form of conversation”). Due to current 2000s-inspired trends, the series is also finally being recognized as a fashion show. Carmela’s nails or Adriana’s famous snakeskin pants and the guys’ streetwear are everywhere, and The Cut’s fashion news writer Emilia Petrarca even launched an Instagram account dedicated to the characters’ best looks, @SopranosStyle.

For my money, though, The Sopranos endures for a simple reason: It was so fucking good. The best. At this point in television history, the prestige show has almost become a joke; viewers have seen so many pale imitations that The Sopranos clearly stands above the rest. And so, it just feels right to honor the guys with a trip to The Bing, any Bing.

Except for the Bada Bing! pizza places in Texas and South Carolina. With all due respect, Tony and the gang would really hate those. 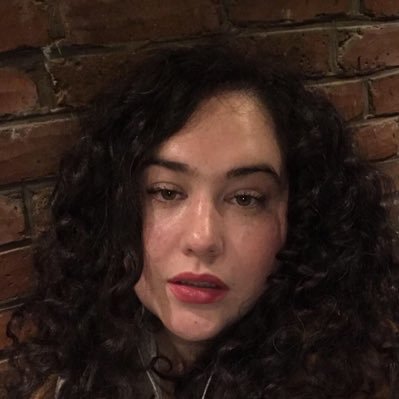 Jocelyn Silver is a writer and editor whose work has appeared on and in New York Magazine, VICE, Interview Magazine, The Village Voice and more.