The Hilarious Uselessness of Those Old DVD Anti-Piracy Ads

For a couple of decades, seemingly every VHS or DVD came with an inane, over-acted plea not to copy it. Did anyone actually think they’d work?

There was a time in my life when my DVD collection was really important to me. In my meager college apartment, a vast array of bookshelves were spread across several walls and overflowed with well over a thousand DVDs, all of which were meticulously alphabetized. Years ago though, thanks to rising costs, shifting priorities and a reduction in cool special features, I gave up the fight and stopped buying pretty much any kind of physical media. Now the DVDs are a scattered mess in my basement. But every now and again, I have to venture into the archives to get something that I refuse to spend the $4 to rent off Amazon. Such was the case last weekend when, grasping to the last straws of the Christmas season, my daughter wanted to watch The Polar Express.

As soon as I put the DVD in the player, a familiar, energetic beat roared into my home, and the words “YOU WOULDN’T STEAL A CAR” jumped up on the screen. It was that old anti-piracy ad that was on countless DVDs back in the day, which basically said that since you wouldn’t steal a car, a purse or a TV, you shouldn’t illegally download movies. With my vast library of DVDs back in those days, I must have seen this PSA hundreds of times, but after re-experiencing it for the first time in years, I decided to go down memory lane with piracy warnings through the ages.

While FBI warnings were on VHS tapes since their inception in the late 1970s, it seems that it took a good 20 years for home-video companies to realize that no one was reading the FBI warning. So, in an effort to curb piracy in the waning days of the VHS tape, Walt Disney began to include this PSA around 1996:

The 90-second ad really seeks to tug at the heartstrings. Not only does it show lots of heartfelt moments from Disney movies, but it also has a jingle that, even by Disney standards, is ridiculously saccharine — the lyrics include “Disney is magic, Disney is joy!” From there, it highlights just how lousy in quality bootleg VHS tapes are and how you’re basically killing the magic of Disney by buying pirated tapes.

Anti-piracy PSAs reached much greater prominence in the days of DVD, especially once downloading movies became a thing in the early aughts. For Disney, their early DVD piracy warnings once again had film clips highlighting how bad bootleg copies were, but they dialed it back on the sickly sweetness, opting instead for more fun, adventurous Disney clips and discarding the “Disney is joy” jingle.

Similarly, Warner Bros. had warnings that made use of old films, but instead of offering various clips, it recut a classic with a piracy warning shoehorned in in a pretty funny way. As far as I know, they only did this with two films, Casablanca and The Wizard of Oz, the latter of which I remember seeing a lot.

Also in the early aughts, 20th Century Fox had a really cornball piracy warning that laid it on thick. The spot cuts back-and-forth between a bunch of people having a great time watching movies like Dodgeball and Live Free or Die Hard, to a shady dude in a darkly lit room, unsuccessfully trying to download a movie on his PC. The cheesy acting of the happy people would put the AMC Popcorn Guy to shame, especially when two guys randomly high-five each other as they watch John McClane crash a fighter jet.

Then there’s this one, which just shows a man going to jail, apparently for piracy, over somber music; I couldn’t figure out which studio used this, but holy shit, it’s dark:

Nothing is as memorable as the “You wouldn’t steal a car” PSA, though. It was so over-the-top in its music and visuals that it spawned countless online spoofs, many of which began with the joke, “YOU WOULDN’T DOWNLOAD A CAR!”

My favorite parody of the “You wouldn’t steal a car” PSA is easily the one starring Bender from Futurama. In it, the kleptomaniacal robot steals everything from a spaceship to a precious sapphire to the head of Lucy Liu — it’s fantastic.

Whether it was “You wouldn’t steal a car” and any of the other aforementioned PSAs, none of them seemed particularly effective (or anything that could be taken remotely seriously) — a sentiment that David Waterman from The Media School at Indiana University, who once wrote a paper on anti-piracy measures, shares. In his opinion, these PSAs likely did little — or nothing — to deter piracy. “You can’t really defeat the pirates,” he tells me.

That said, without anti-piracy PSAs, we would have never gotten the masterpiece below. While it’s not a parody, there’s literally nothing about it that can be taken seriously. Filmed in 2005 by the California Commission for Jobs and Economic Growth, it stars then-governor Arnold Schwarzenegger and Jackie Chan. In it, the two of them ride on motorcycles in front of a terrible green screen as they attempt to have a real conversation about piracy.

If you ask me, this justifies every wasted dollar ever spent on anti-piracy PSAs. 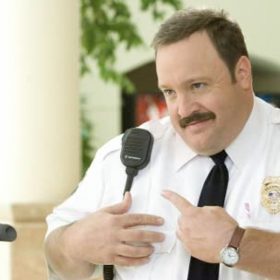 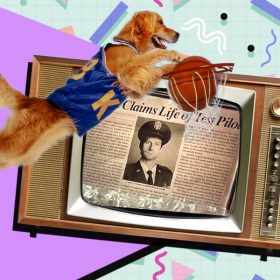