A Gentleman’s Guide to Adventuring Alone

The Lonesome Road can also be the most restorative

Three years ago, I decided that I wanted to go on a weekend road trip by myself for the first time. I settled on a simple route that would take me up the Pacific Coast Highway from sunny Santa Monica all the way to the forested cliffs of Big Sur, 300 miles away.

I don’t know what really compelled me to take such a trip — being single and bored probably opened the door, but the road trips and camping adventures I knew from the past all involved companions. Sometimes, I guess, you just get curious about what you’ll do when you’re all by yourself.

For me, that meant ending up on a windswept beach in the tiny seaside town of Cambria, freezing in the autumn chill. I worried that the local cops could be coming around to shoo anyone bedding down on public property. Even without that concern, I’d massively underprepared. In my head, I planned to just drive into the park and sleep in the car; in reality, I felt weirdly exposed and kept tossing and turning for an hour. I had no one to commiserate with. My phone showed zero bars. 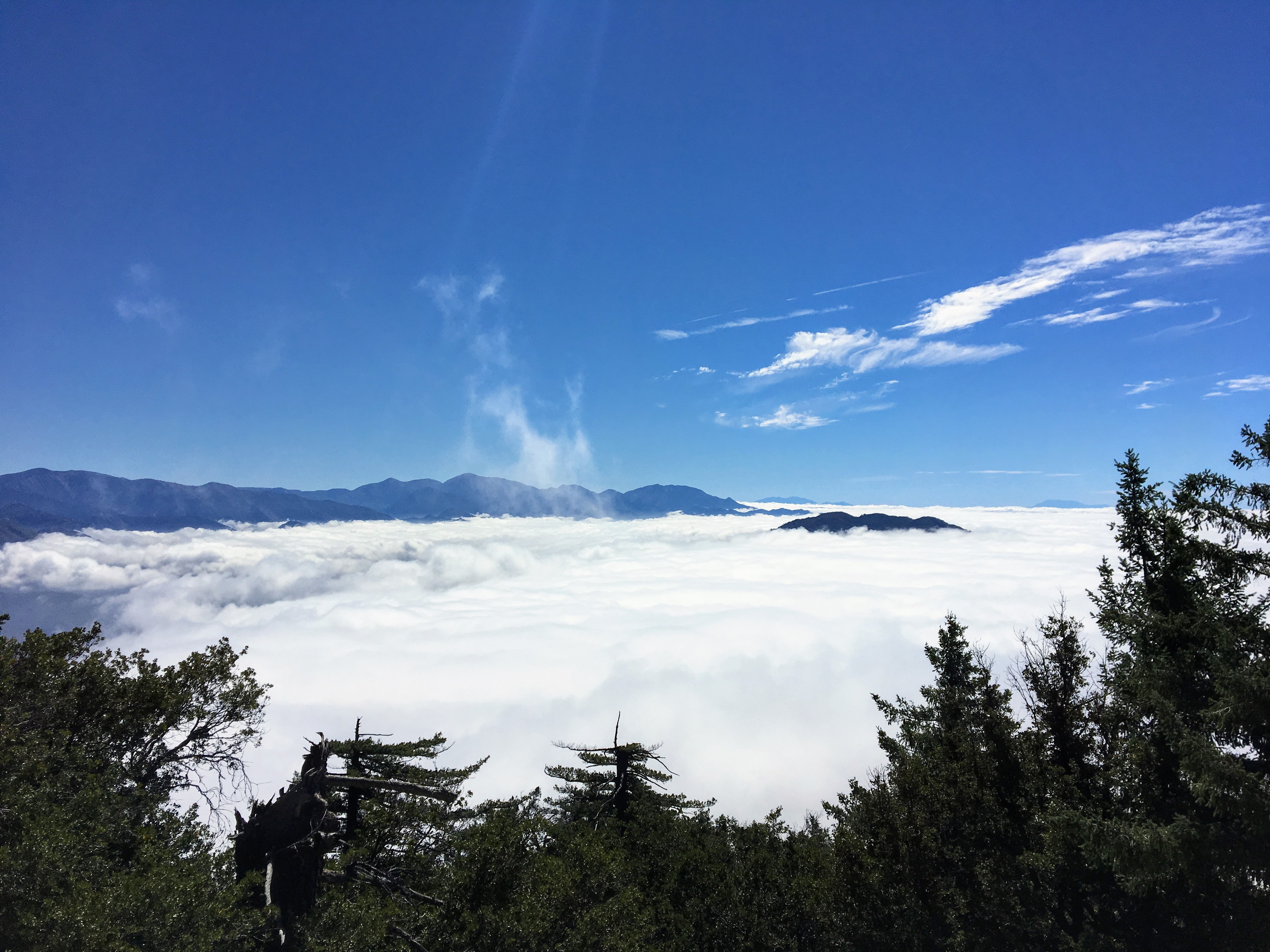 In a frustrated huff, I dragged my sleeping bag out of the car and through the park, lining it up near a tree where the sand met the grass. Things weren’t going to plan. Sand buzzed into my eye as I sat, cocooned in the bag, breathing. A minute of silence, though, was enough to take off the edge. The last thing I remember from that night is staring at the stars hovering around the moon.

That one trip clarified to me what I enjoy about solitude. In so many ways, people are conditioned to avoid being alone and to question the value of it. It’s easy to get lonely, and confronting that solo is a skill we’re not usually taught. But I think seeing new places by yourself does a good job of showing elements of your character you don’t often see. Being in a beautiful place alone makes you sit and mull some of the bigger issues that linger in the background of day-to-day hustle, says writer Miles Howard, who is an expert on outdoor recreation and once spent months alone in the White Mountains as a hostel caretaker.

“Often I feel like really having a bit of space on my own to process life’s jungle, while experiencing this sensorial overload of scenery around me. It sort of allows me to take those things that were weighing on me and grind them down and put them in perspective,” Howard tells me. “I mean, it’s a little bit cheesy, but being alone in a place as vast as the outdoors or even a new city is a wonderful way to remind yourself that your preoccupations are just a part of an immense and incredible world.”

Howard thinks of these journeys as an “essential tonic” for dealing with stress in adulthood, and I happen to agree. Beyond that, adventuring by yourself is just fun, and comes with advantages that you can’t have when you’re compromising with others, whether that’s the pace of the trip, where you go or whom you end up meeting.

Here then is a guide to exploring the world, by yourself, when wanderlust grabs at you on a weekend with no commitments…

First, A Note on Safety

Everything that can go wrong on a weekend camping or road trip only gets harder when you’re by yourself. There’s no one else who will magically happen to have remembered an essential thing you forgot, whether that’s water, a lighter or even just booze. So it’s worth taking extra time and precaution to be ready for trouble.

If you’re driving, make sure you have a plan for what to do and who to call if you break down on the side of the road. Pack some extra food and water in the car, even if you’re planning to buy food at markets and restaurants. It’s a good idea, too, to have a physical map on hand for the region you’re traveling in, because struggling with a dying phone on foreign-looking roads is a real (and disorienting) possibility.

If you’re camping or spending a lot of time in the outdoors, consider the rest of the “Ten Essentials,” too — including a simple first-aid kit, a flashlight, a knife, a fire starter (my favorite is a couple of cheap lighters), sun protection and some extra clothes. These are all things that can come in hand on a long(ish) car ride through unfamiliar territory, and it’ll help your peace of mind as well.

Speaking of: Howard observes to me that anyone going on a solo journey needs a certain level of confidence and gumption to stay safe and sane when things go wrong. And yes, there are people (like men, generally speaking) who will feel innately more comfortable going on a solo adventure. But everyone can reap the benefits with a little preparedness and motivation — as long as you know you won’t panic in a jam.

Look At You — You’re the Captain Now

Being on a journey alone means you alone are calling the shots. This can be incredibly freeing and even a little eerie, if you’re one of those people who hates making decisions for others. But the opportunity to be spontaneous is there. That starts with the destination: Do you want to end up in a motel room along the way? Or an Airbnb in a pretty corner of a rural village? Or on a beach campground? There’s no wrong answer, really. I often like to just pick a destination that has a lot of beautiful things along the way, whether that means nature or gem-like small towns.

It’s easy to be spontaneous with strangers, too, if you feel like it. I met two twentysomethings on the trail earlier this summer, during a solo camping trip in Angeles National Forest, an hour away from Downtown L.A. I was out there to clear my head and do a little rock climbing, so I wasn’t sure whether to even greet this young couple when I spotted them around a bend. But being alone made it easy to want some temporary company; the irony is, two months later, I consider them close friends. 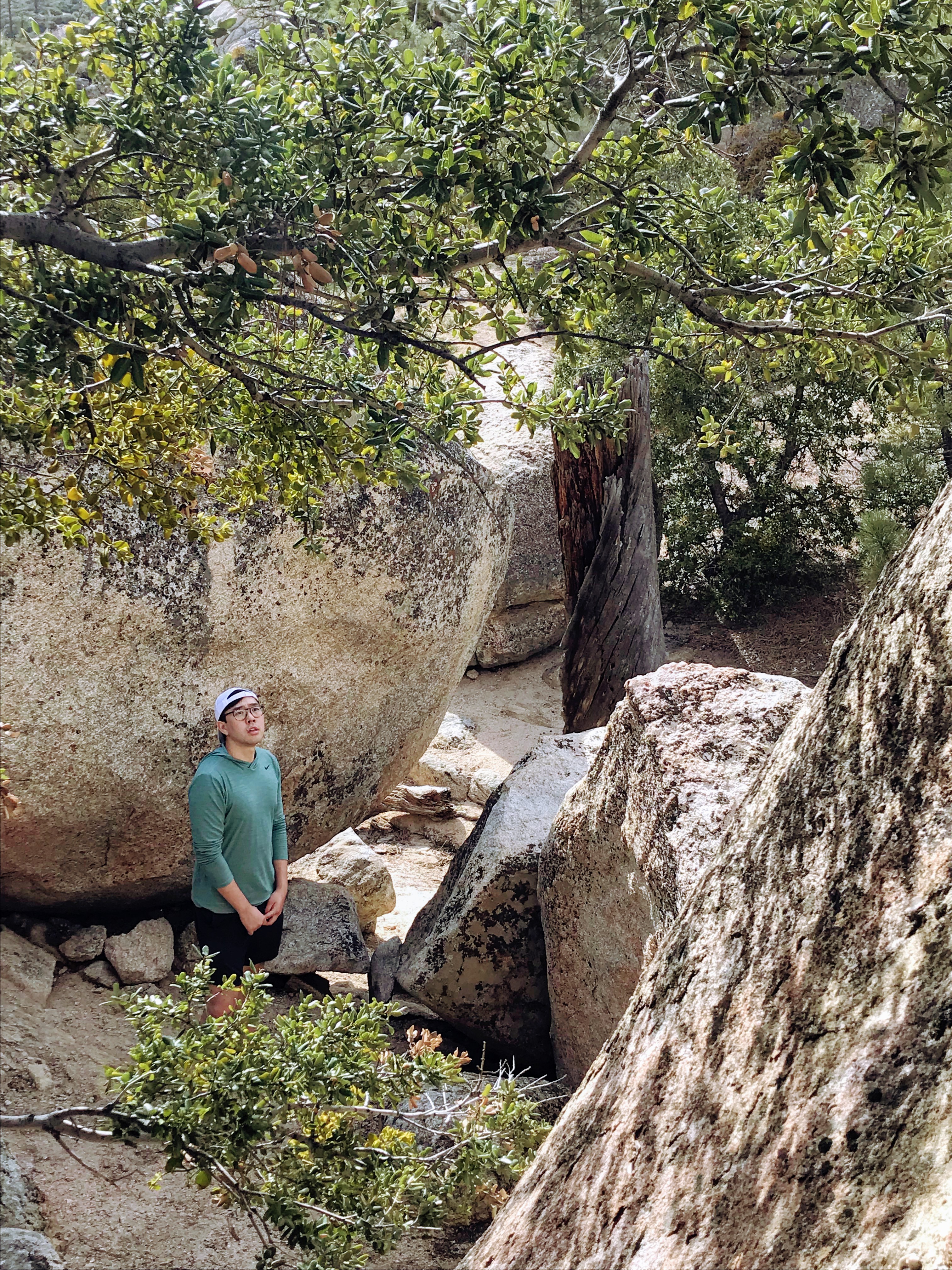 People are innately curious about others who travel and spend time by themselves. That was the case with Francis and Mel — they wondered if I was, quote, “going through some shit” (I was not) and whether I wanted to hang out for the weekend (I did, tentatively). I’d planned to eat like a king while camping by myself, but decided to share with them the fat ribeye steak that I grilled over a wood fire.

Here’s the thing: I easily could have chosen not to spend time with them and not to share my steak, and no one else would have judged me negatively for doing so. That’s the joy of being on vacation alone — you can be as “selfish” or generous as you feel. The attitudes and conversation brought on by others will open the doors to make these decisions.

“It’s crucial that you’re doing it at your own pace. And I think once you’ve decided what you want, it just opens up your senses to so many beautiful things you might’ve overlooked around you,” Howard says. “Maybe it’s even in the woods on a route you’ve walked a few times. Maybe it’s a completely new place. But you start to absorb more when you feel in control of your environment.”

Test Yourself, Not Your Limits

Being alone on an adventure by yourself is already special, given that so many people choose to avoid it. Pushing yourself in ways that could end up stranding you, on the other hand, is just bad juju.

It’s easy to slip into a bad situation. Going just a few more miles on a spectacular trail can seem like a worth-it risk for some solo hikers, but in reality leave you lost and cold in the dark. Trying a sketchy scramble down a ravine for a perfect picture can end up with a broken ankle and no help in screaming distance. Speeding along on a dark road could leave you in a ditch in the middle of nowhere.

Treat a solo journey as if there’s no one else to help you, even if your destinations are full of people. If something comes between you and the destination, consider the situation with a humble attitude. Or as Howard says, “The three questions I always ask myself when I come to one of those moments of uncertainty are, ‘Do I feel physically or mentally together right now? If I keep going, will I have to worry about making it back? And, if I keep going and things get worse, how hard will it be to get any help?’”

Remember: You’re only beholden to your own expectations when it comes to a solo journey. But still, it’s good to be mentally ready to push through an obstacle if that’s your only choice. One time, a routine hike up to the peak of Mount Wilson led me into a minor disaster. It was my first time on that particular route, and I missed a turnoff off a fire road. Instead of an 8.5-mile loop, I ended up hiking almost all the way down to the wrong parking lot, miles and miles away from my car.

Obviously, I couldn’t call an Uber into the mountains. So I took a breath, asked a passerby for their extra water and trudged back up the mountain — three miles up to the junction, and another four miles out. I could barely walk the next day, because I’d done the whole thing on thin Nike Free shoes, expecting a hike half the distance. I laugh about it now.

On your solo journey, you’ll constantly be tempted to share thoughts and moments with people through your phone — even when reception is bad or nonexistent. It’s the remnant of daily habits, and something you should avoid. It’s not just about “being present,” but accepting that breaking habits can stimulate good things in you and make you more mindful in the future.

So pick a time when you can both test your mental state and find peace, whether through spontaneous experiences or literal quiet. I often like to bring things — books, music, trinkets, whatever — that remind me of the person I want to be. And it’s reassuring to distance your mind from the more mundane things that raise anxiety levels back at home (like your phone and the myriad alerts it brings with it).

Psychologists talk about how spending positive time alone naturally leads to self-reflection, and can reduce the ways we feel self-conscious amid a swirl of real and perceived social slights. It’s not always right for everyone — some people who are going through traumatic events, for instance, often benefit more from others’ embrace than the echoes of a mind in solitude. But in 2019, as we try and untangle our digital and physical lives in a very messy web, I thank the solo adventure for providing a simple and valuable reset button.

Because sometimes, cutting loose is the fastest way to feel free.