Why Do We Insist on Eating Next to Our Poop-Covered Phones?

And does it mean that we’re all destined to eat shit and die?

Your phone, bacterially speaking, is a metallic turd sitting in your pocket, taken out mostly to press against your face or idly scroll through while eating. It is a filthy, germ-riddled box that brings constant anxiety, isolation and jealousy, and yet, it’s seldom fewer than a couple feet from your person at any given time. (As I type this, I’m taking short breaks to eat pretzels while perusing Instagram, and I feel disgusting.)

The inherent grossness of cell phones has been exhaustively documented, but they’re still a constant presence in restaurant kitchens and on dining room tables across the country. How is it that we, as a people, have become okay with using the same item to buy jeans while shitting that we do to look up recipes while cooking? And not only are we not ashamed of this behavior, we write articles championing people who publicly use the restroom while looking at their phones.

“It’s insane how unaware people choose to be about it,” Mark, a sous-chef at a restaurant in West Hollywood, tells me. “Because your phone is obviously very dirty. Nobody cleans it off or puts it in a special area where it’s not gonna get pissed on.” Mark, who has been working in restaurants for over two decades, says the problem is widespread and nearly impossible to regulate. “It’s something that I try not to do but even that’s hard, because that’s the first thing I’m sure everybody does in the bathroom — check your phone. That’s the one place you’re not going to be policed. But that’s also the dirtiest place to pop your phone out.”

“I’d love to enforce something like [a ban on cell phones in the kitchen],” he continues. “But it’s almost not policeable. I’d spend all day just chasing after people using their phones.”

It’s obviously a relatively new problem, too. While Mark remembers a time when there were rules against checking pagers in the kitchen, people were much more willing to shelve those for a few hours than they are their cell phones. “[The cooks] can’t imagine life without their cell phones, and they think that even getting a text or something supersedes any sort of responsibility they have,” says Shawn (a pseudonym), the chef de cuisine at an upscale pizza restaurant in New York. “They’ll just look at me like I’m crazy, like, ‘Well, it’s my mom!’”

And despite recognizing the sanitary issues, bosses can be just as guilty as their employees when it comes to using phones on the line. “I use my phone for work at work. Even though I’m cooking, I’m placing all my orders and getting mass texts from the rest of the staff, checking in on people’s clock in/clock out [schedule] because all the apps are on [my phone]. And so, I’m almost forced to have my phone, and it’s kind of okay for everybody to do it,” Mark says.

Another concern kitchen bosses have when reprimanding their staff for phone use, aside from hypocrisy, is retaliation. Shawn, who believes that “95 percent of the time when somebody says in the middle of service ‘I need to use the bathroom’ what they really mean is ‘I need to use my phone.’” He admits, too, that he will occasionally look the other way, depending on who the person is and how egregious they’re being about it. If it’s a “hot-shit line cook who’s really kicking ass,” Shawn adds, “he could very well just fuck you for the rest of the night with the flick of a wrist or the loss of a ticket — depending on what type of person they are.”

It’s not just in the back of the house either. Walk into any restaurant in the country and you’re likely to see a number of cell phones casually resting on tables next to plates of food. It’s impossible to know exactly how many germs are on a given phone at a given time, but an oft-cited 2012 study from the University of Arizona found that the average cell phone is 10 times dirtier than a toilet seat. TEN! Next time you’re eating while scrolling imagine that. Your fingers just lightly caressing a dozen Starbucks’ toilet seats between bites.

Essentially, this whole situation is a total disgusting nightmare, but not necessarily something that will actually make you sick. According to Philip Tierno, a professor of microbiology and pathology at NYU Langone Health, it all comes down to which — and how many — germs are on your or your chef’s phone. “Not all germs are pathogenic,” Tierno explains. “In addition, you have an immune response if something comes into your body that it can defend.”

Tierno adds that he personally keeps his phone in his pocket and doesn’t touch it while eating, and at family gatherings, the whole Tierno tribe put their phones into a basket, which is kept out of reach until the meal is over.

Again, though, even if your phone is covered in poop particles (which it totally is!) and you keep it on the table, you’ll probably be fine. “If you read my book The Secret Life of Germs, you’ll find this quote in it, where I say that you can literally spoon eat human feces with no deleterious effects so long as there are no pathogens in it. And in one teaspoon of feces there are more bacteria than there were men who ever walked the face of the earth since the beginning of time. So that’s a lot of germs! Your body can handle a good number.”

And so we’re left with dual truths: Your phone is a petri dish of horrors, but those horrors are technically edible. 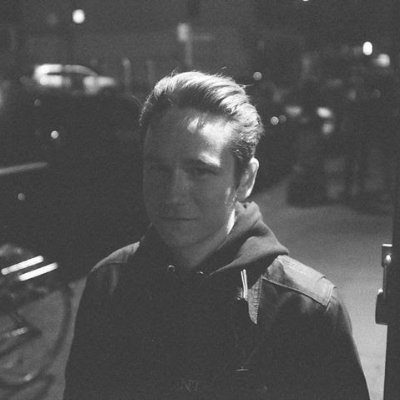 Jonathan Smith is a writer and editor living in New York City. Previously, he was the editor-in-chief of VICE.com.