What’s in Store for Me, a Sagittarius Sun and Rising, Who’s Making a Big Move Back Home?

I’ve been told so many times that most straight men don’t (or won’t) believe in astrology. And yet, the more I yap about it to the guys around me, the more interested they seem to become. So this column is dedicated to those dudes: The suspicious and the curious, the skeptical and the inquisitive. I’ll be here every week, tackling the stuff your basic-ass horoscopes will never get into. Because you know what? You might think astrology is esoteric snake-oil, but everyone around you still judges you based on your star sign.

Congrats on your move! It definitely suits your Sagitarrian urge to make big travel plans. To get us started on what the stars say about it, here’s a chart of what will be happening during that time that I find particularly important: 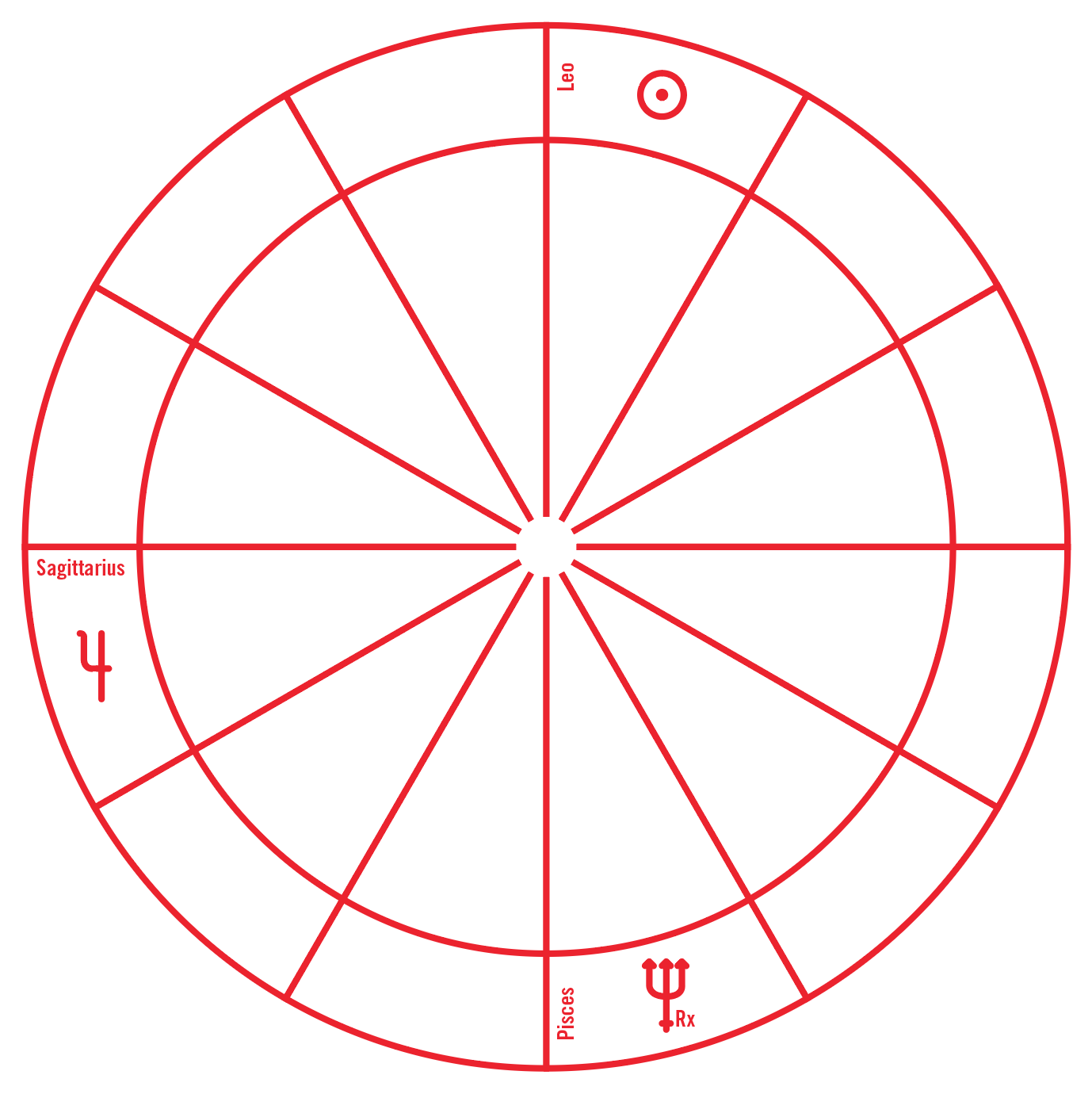 In this sample, we’re looking at where the planets will be in your chart in the summer. Which in this case: The Sun will be in Cancer; Neptune will be retrograde in Pisces; and Jupiter in Sagittarius will be in your first house. Around Leo season (the middle of summer), the Sun will move through your ninth house (the house naturally ruled by Sagittarius) — the perfect time to implement your move since the Sun will be in its dignity sign of Leo, and illuminating the part of your chart that represents expansion, travel and luck. Not to mention, the transit of Jupiter in your first house (i.e., self-image and how we approach the world) should provide a HUGE boost of energy, both physically and mentally, and an extra layer of trust in yourself and luck in decision making.

(A quick primer on “houses”: They’re specific areas of life and experience that are impacted by a transiting planet, point, luminary or star; basically, the house a planet resides in is the “country” the planet is from; the planet itself is the “person” doing an action; and the sign the planet is in represents the “language” that planet is speaking.)

Still, you should be careful because of the aforementioned Neptune in Pisces turning retrograde in your fourth house (a place full of roots and foundations). It’s disconcerting because your Moon in Virgo is opposite Neptune in Pisces, and any opposition suggests a need for balance between two energies. Plus, with the opposition happening with the most confusing planet in astrology (Neptune), you’ve probably been going back and forth with the idea of moving home for some time. It also suggests you’re concerned about whether you’ll have anything to come home to.

If you keep that in mind, however — not expecting the place that once was your home to be the same — as well as the fact that things may be a bit confusing when you get there, you’ll be more prepared to roll with the punches once they start taking aim at you.

Once a week, I’m gonna start doing the chart of a male celebrity who happens to be in the news (often at the behest of my male colleagues attempting to better understand their heroes). First up: Magic Johnson, who last week basically publicly quit his job on-the-spot, without telling any of his bosses, because 1) he had more fun being Magic Johnson IRL than Magic Johnson, member of the Lakers front office; and 2) because he claimed that he respected and loved his bosses so much (namely, Lakers owner Jeanie Buss) that he couldn’t do the dirty business that follows a losing season (namely, firing a coach she had great fondness for).

Anyway, here’s Magic’s birth chart as we know it. Admittedly, there’s no birth time so his moon sign isn’t accurate (it could be in Sagittarius or Capricorn — in my opinion Capricorn would make the most sense, but that’s purely me speculating). Nor do we know what his rising sign is. Still, there’s plenty to go on.

I’m especially interested in his Mercury (since that rules communication) and his Sun (since that rules the ego and what we want to be known for). His Sun is conjunct — when the energies of the planets blend together — with Uranus, the planet of unpredictability. (Check.) His Mercury is also loosely conjunct with Uranus. In other words, being unpredictable is something he takes pride in (Leo/the sun), and how he communicates more generally (Mercury). (Check, check.)

Additionally, his Sun/Uranus are square (an adverse aspect of tension that promotes growth through trial and error) to Jupiter, the planet of expansion. Leo is the sign of the ego, but with hard aspects from Jupiter, there’s definitely gonna be an overinflated sense of self-worth present. (Check, check, check.)

To that end, I’ll just leave this bit from his impromptu press conference here: “The fines and the tampering and the this and the that, I can’t help young men who want me to help them, or I can’t tweet out. Like Russell Westbrook, that was a great feat the other day. I couldn’t even tweet it out to say, ‘Hey, congratulations.’ If I had did that, everyone would have said, ‘He’s tampering.’ I don’t like that. I like to be free.”

Write to me! Because dude, I’m more than happy to tell you what your sign means w/r/t whatever is happening in your bedroom, with your friends and family or your job/office. Hmu at erin.taj@melindustries.com.