My Summer Vacation Via View-Master

Two summers ago, my wife and I took our two teenagers on a trip to Six Flags Over Texas. In the 100-degree heat of an Arlington summer, we rode some of the tallest, fastest roller coasters in the world. We laughed. We screamed. We got headaches from the blazing sun and G-forces. We had a ball.

This summer I went to Six Flags Over Texas again… but just via View-Master. About a month ago, gripped by a combination of cabin fever and nostalgia, I hopped onto eBay to see if I could find some vintage View-Master reels, of the kind that in my childhood used to be ubiquitous on wire-spinner racks at gift shops, souvenir stands and roadside diners within a 50-mile radius of any major tourist attraction. Typically a cheaper memento than a hat, T-shirt or toy, View-Master reels were a great way for a kid to preserve the excitement and wonder of a cave, national landmark or roller coaster. 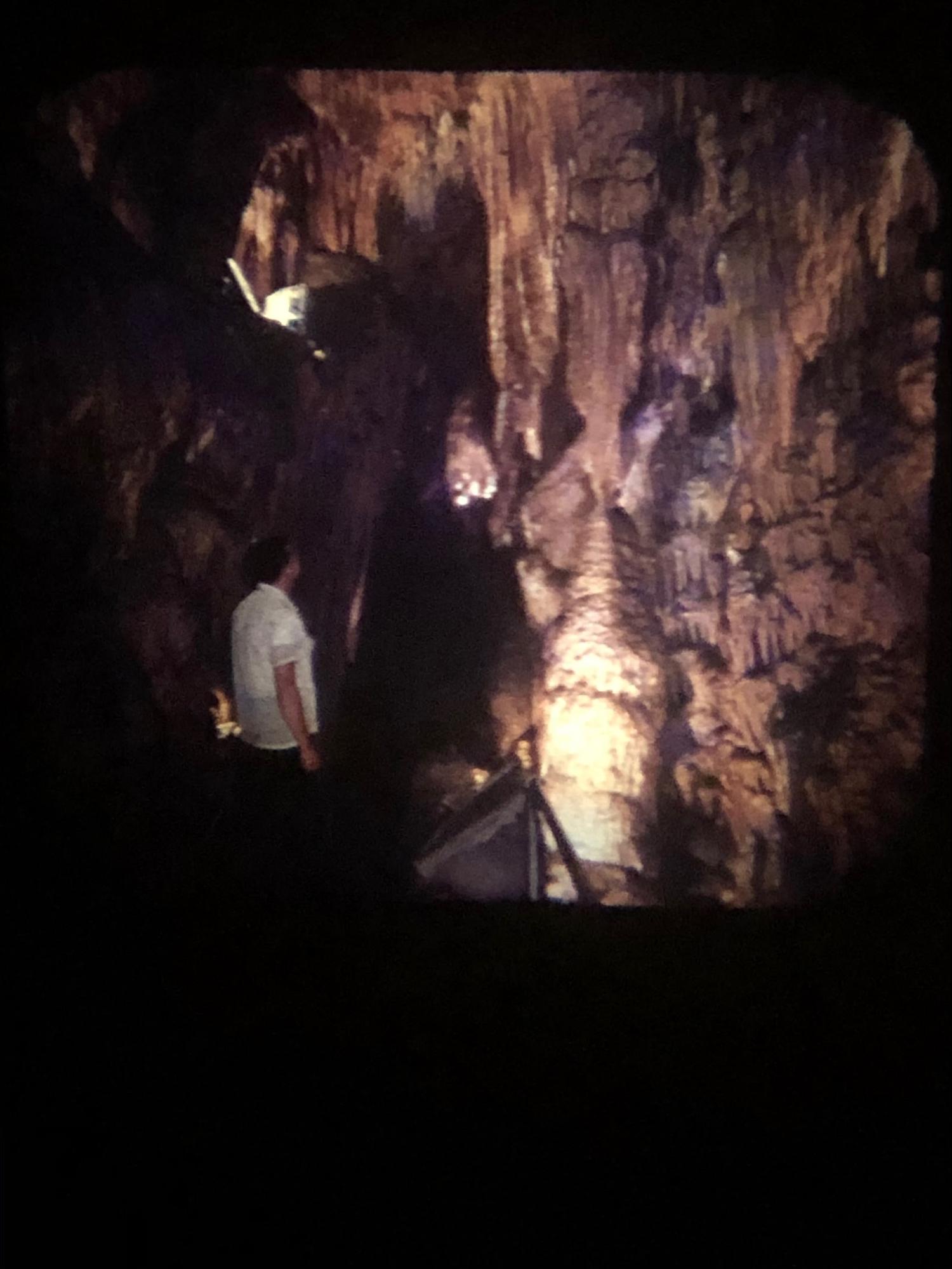 Much, much later — as an adult — I’d learn that the View-Master had a pretty mundane history for such a durable piece of Americana. The stereoscope as a concept was a part of popular culture worldwide as early as the 1830s, represented most often in the 19th century by split-image postcards, mounted on sliders in front of difficult-to-focus binoculars. Then in 1939, the Portland, Oregon postcard manufacturing company Sawyer’s brought a revolutionary version of this novelty to the New York World’s Fair. Their “View-Master” stereoscope featured a paper disc that held seven images (each divided into two separate frames), observed through a fixed-focus viewer, and advanced by a lever that allowed users to progress through these pictures one at a time. The low-tech machine was a breeze to use, both for adults and for kids — the latter of whom quickly became the primary consumers.

Perhaps unsurprisingly, when I went hunting for the View-Masters of my youth — reels featuring Disney parks or any version of Six Flags or the like, from the 1970s and 1980s — I found that most were prohibitively expensive, prized by collectors of branded souvenir paraphernalia from major theme parks. Nevertheless, I persisted, using my favorite eBay trick of buying “lots” — getting big bundles of stuff I don’t care about in order to procure a few things I want, at a cheaper rate. Within a few weeks I had a pile of 3D pictures of waterfalls, mountains, flowers, zoo animals, historic buildings, Opryland U.S.A. in Nashville… a vacation in cardboard, in other words. Before the pandemic hit, my family and I had big vacation plans. We were all going to go to Orlando in May for a week, doing all the Disney parks; then in July we were going to visit relatives in east Tennessee and perhaps drop by Dollywood. When all of that was cancelled, at first I sulked and retreated to one of my favorite pastimes: watching POV videos of roller coasters on YouTube. I imagined what it would be like to go back on Expedition Everest or the FireChaser Express — or even to visit someplace I’ve never been in Europe or Japan.

Eventually though, as middle-aged nostalgists do, I started journeying into the past. YouTube is a decent enough nostalgia-delivery device, as anyone who’s ever fallen down a rabbit-hole of old fast-food restaurant commercials knows. But like too much of our media these days, it’s primarily focused on the new. If you go looking for videos of amusement parks, the algorithm is most likely going to elevate clips of coasters shot over the past few years. If you want to see what Six Flags — any Six Flags — looked like in 1976? You’ll have a harder time. So I turned to View-Master. And once my reels started arriving in the mail, I developed a ritual. I’d find a quiet room in my house with a lot of light streaming in through a window, and for a few minutes, I’d be back at Six Flags — and back in time.

The beauty of the View-Master — and what makes it such a fine way to escape reality for a little while — is threefold. First off, the device requires light to work properly. If you pop in a reel in a dim room, the image will be murky and indistinct. Ultimately, you have a modicum of control over how brilliant the picture looks. The brighter it is in your room, the easier it becomes to be absorbed by the pictures. Plus, the natural fluctuations of the light source often animate the spaces inside the frame, bringing them to life in different ways, depending on where you are. 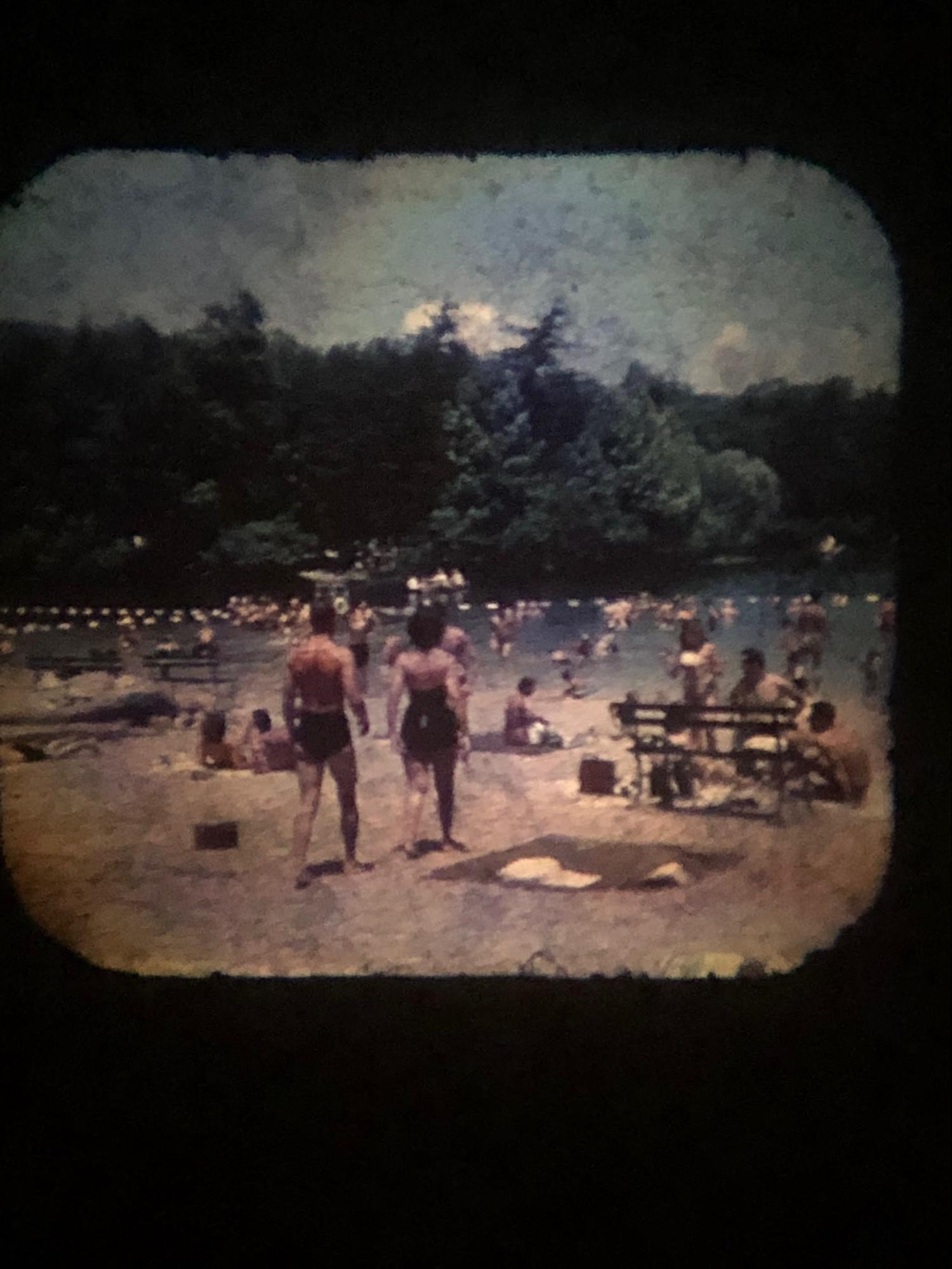 Which brings me to the second bit of magic: the 3D. The illusion of depth in View-Master reels makes looking at a majestic canyon or a placid lake a little like peering into a finely wrought diorama, dappled with light and shadow. And then at other times, parts of the image seem to project beyond the proscenium, making the splash from a waterfall or the cables from an aerial tramway look present. The effect isn’t as dizzying or alarming as the swoops and thrusts of a 3D movie, but that’s okay — because these moments have been frozen in time, you can live with them as long as you like, studying every water droplet and engineering detail. The third magical element is more mutable, and harder to rely on, which is partly why I collect older reels, to force this issue. I have reels from the 1970s, the era of my own now half-remembered childhood vacations; but I also have reels from the 1960s, 1950s and 1940s, when the tourism boards across America created the vacation infrastructure that still existed when my family hit the road during my childhood. In View-Master photos, our national landmarks are presented to their best advantage — or they would be, if the reels themselves hadn’t aged so dramatically.

This is the third magical element: age. There’s an added, unintentional bit of three-dimensionality to my old reels. Because so many of them are scratched, faded and even warped, they turn each 3D shot into a hazy, ghostly vision of the past. The effect is magnified whenever the frame includes people or vehicles — relics of a bygone era, drifting in front of a natural wonder or historic building that still stands today. 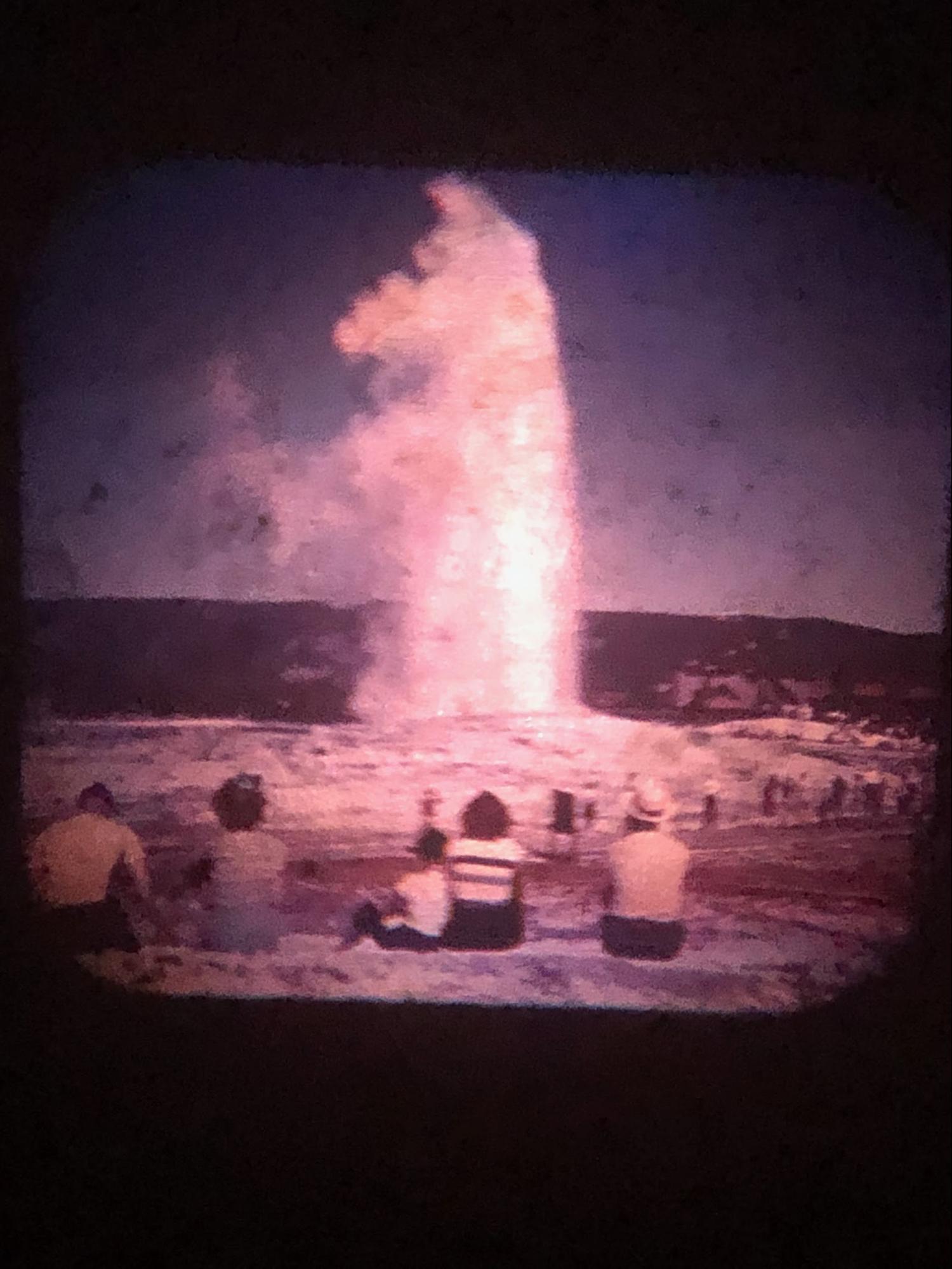 It’s an exaggeration to say I look at old View-Master reels because I want to go back to that past. That’s not how I feel — not even in this year, dominated as it is by a pandemic and widespread social unrest. No, instead I look at these damaged 3D images of botanical gardens, amusement park pageantry, coastal cliffs and Pennsylvania Dutch country, and I think about how these things have all stuck around across decades.

I also think about how I want to survive long enough to go to these places in person, and to haunt them myself. Old View-Masters are a great way to be reminded of the past. They’re also a fine way to look into an uncertain future, shaped as always by whatever light we bring.

Noel Murray is a freelance critic based in Arkansas, who’s been writing about movies, TV, music, comics and more for over 30 years, for the likes of The A.V. Club, The Los Angeles Times, The New York Times, and Rolling Stone.