The Most Extra Extras in Hollywood History

From real-life murderers to future A-listers, these are the moments when the uncredited background guys stole top billing

There’s generally only a couple of reasons why someone would want to be an extra on a movie set (apart from the easy 100 bucks and the promise of a sandwich). You’re either there to gawk at celebrities, or hoping the director will somehow sense your innate skills as a future A-list thespian and hire you for their next project.

Don’t scoff at the latter: Plenty of household names, from Clint Eastwood to Arnold Schwarzenegger, got their start as “Random Street Thug” or “Dumbfounded Yokel #3.” Even Matthew McConaughey appeared as a crime victim in an episode of Unsolved Mysteries before ever getting trusted with a speaking role.

But it’s not as easy as it might seem: There are rules that every good extra should follow, unless they want to get unceremoniously removed from the premises — things like “don’t try to stand out,” “don’t have unrealistic expectations” and “don’t talk to crew or cast.” Indeed, making eye contact with some celebrities can reportedly result in getting banished so hard that the only job opportunities left available will be in Chatsworth.

Do things right, though, and you too just might have a bright future of standing around like a doofus. And maybe even become a part of Hollywood history while you’re at it, like…

In what appears to be a scripted scene from Being John Malkovich, some random guy drives by Malkovich and wings an empty can at his noggin, landing a direct hit. But this event wasn’t in fact planned at all — what really happened was that a group of extras got roaring drunk and decided to haze a respected movie star in the middle of a movie shoot. Director Spike Jonze thought it was funny enough to keep in the movie, and the extra who yelled, “Hey Malkovich, think fast!” wound up getting his SAG card (since it was now a speaking role) along with a sizable bump in pay.

The Real-Life Killer Who Worked on The Exorcist

There were so many bizarre and unfortunate incidents during the production of 1973’s The Exorcist that an actual professional demon exterminator was brought in to dispel the “curse.” It didn’t seem to work, at least in terms of getting rid of the possible serial killer who was on the set. In the scene where Linda Blair’s character is in a hospital undergoing some medical procedures, one of the technicians was played by Paul Bateson, who was convicted of murdering a movie critic in New York six years after the movie came out. While in prison, he bragged that killing people, dismembering them and throwing them into the Hudson River was something he often did “just for fun.”

You may not have noticed the nondescript actor who played “Uncredited Party Goer/Preppy Guy” in the very 1980s movie Less Than Zero. Or when he was “Black Tie Party Guest” in the Kevin Costner vehicle No Way Out. But it was only four years later that he showed up in Thelma & Louise as the prettiest man who ever lived (a role that nearly went to Robert Downey Jr., who also happened to be one of the leads in Less Than Zero) and evolved like a shirtless butterfly into international superstar Brad Pitt.

Ignore Costner once again, because before Affleck and Damon gained fame playing annoying Southies in Good Will Hunting, they played anonymous Southies in the baseball classic Field of Dreams, directed by Phil Alden Robinson. They’re somewhere in the massive crowd of extras at Fenway Park, presumably shouting things like, “Wade Boggs is wicked pissah.” When Affleck found himself cast 10 years later in The Sum of All Fears, with which Robinson was also involved, he told the very confused director, “Nice working with you again.”

The Guy Who Apparently Tried To Murder a Dog in Mr. Nanny

Hulk Hogan’s soft side was on display in this regrettable 1993 comedy. But the lighthearted tomfoolery took on a darker tone in a scene where he motorcycles past a man who inexplicably tosses a dog into the ocean. Was this mysterious individual merely trying to teach his reluctant pooch to swim the old fashioned way? Did the filmmakers inadvertently capture a canine serial killer in the act? As his identity remains unknown, we may never know the answer. But despite the fact that it was unlikely he got paid for his appearance, he did manage to make his brief time on screen more memorable than any of the cast members with an IMDb credit.

Chances are you won’t recognize his name, but Heiman has appeared in more movies, TV shows and music videos than most A-list actors. Beginning in 2000, he’s landed such coveted roles as “Hotdog Buying Guy” in How I Met Your Mother; “Piggly Wiggly Shopper” in Win A Date With Tad Hamilton!; and “Nerd at Comic Book Store Valentine’s Day Party” on The Big Bang Theory. Although he’s had speaking roles, he’s usually there simply because he looks… um… unique. Perhaps his most memorable onscreen performance was in a Go Daddy commercial that was aired during Super Bowl XLVII, in which the camera gave viewers an extreme close-up as he played tonsil hockey with supermodel Bar Refaeli. Sadly, to date, he has turned down all offers to work in the porn business.

Jackie Chan Getting His Start By Getting Pummeled By Bruce Lee

Before Chan became the most famous martial arts star of his generation, he spent his time getting his keister kicked by the martial arts star of the previous one. Specifically, in Enter the Dragon, Chan is one of many nameless goons who gets in line for Lee to deliver some sweet chin music. During one fight scene, Lee was swinging a stick around and actually made solid contact with Chan’s face. Lee, distraught at having possibly injured Chan severely, yelled “Oh my God!” and rushed to the future star of Drunken Master, cradling him like a wounded puppy. Clearly, he didn’t know just how much punishment Chan is capable of absorbing.

Fight choreography normally requires multiple takes so that the action looks believable, and not like a bunch of hyperactive kids at recess (most of whom are rank amateurs at best). So maybe one more smack of the clapperboard should have been in order during this scene in The Dark Knight Rises, where one of the thugs battling Bruce Wayne and Catwoman apparently misses his mark and compensates by taking a dive from an imaginary boot to the face. Or maybe he just let his henchman dental insurance lapse and didn’t want to pay for out-of-pocket dentures.

The Extra Who Got His Own Movie (Kinda)

In the ancient days of cinema, the word “extra” was more synonymous with “unemployed professional actor” than the more modern, “some low paid rando shuffling around behind the professional actors.” And in the 1920s, an actual movie was made about their plight, by a French director/screenwriter/actor/film journalist named Robert Florey. Titled The Life and Death of 9413: A Hollywood Extra and made for a whopping $97, the experimental film told the story of a frustrated thespian who came to Hollywood with big dreams, but would up ignored and relegated to being just another unknown extra with the number “9413” written on his forehead. It’s actually a very influential piece of work and considered an avant-garde masterpiece by people who spend too much time in dingy art theaters.

Toward the end of the classic spy thriller North by Northwest, a scene in the Mount Rushmore Visitor’s Center sees Eva Marie Saint unloading a pistol at Cary Grant. Clearly the shot that made it to theaters wasn’t the first take, as a little boy off to the right sticks his fingers in his ears, knowing in advance that things are about to get loud and shooty. How the famously detail-oriented Hitchcock managed to miss it is a mystery, unless he was distracted by thinking about his next cameo. Speaking of which…

The Marvel Comics legend may have had memorable cameos in just about every (non-DC) superhero movie ever made, but he’s not the only famous non-actor who chronically shows up in his own creations. Alfred Hitchcock appeared briefly in most (39!) of his movies, while Peter Jackson carries on the tradition of hiring himself as an extra. Robert Rodriguez and M. Night Shyamalan like to do it, too, while Martin Scorsese enjoys putting his mother in scenes for some reason. Horror movie auteur Eli Roth switches things up between actual roles and cameos, but in Hostel II he decided not to show up in person, but rather as a decapitated head in a torture enthusiast’s trophy room, which we can all agree is probably a better place for Roth to be than behind a camera. 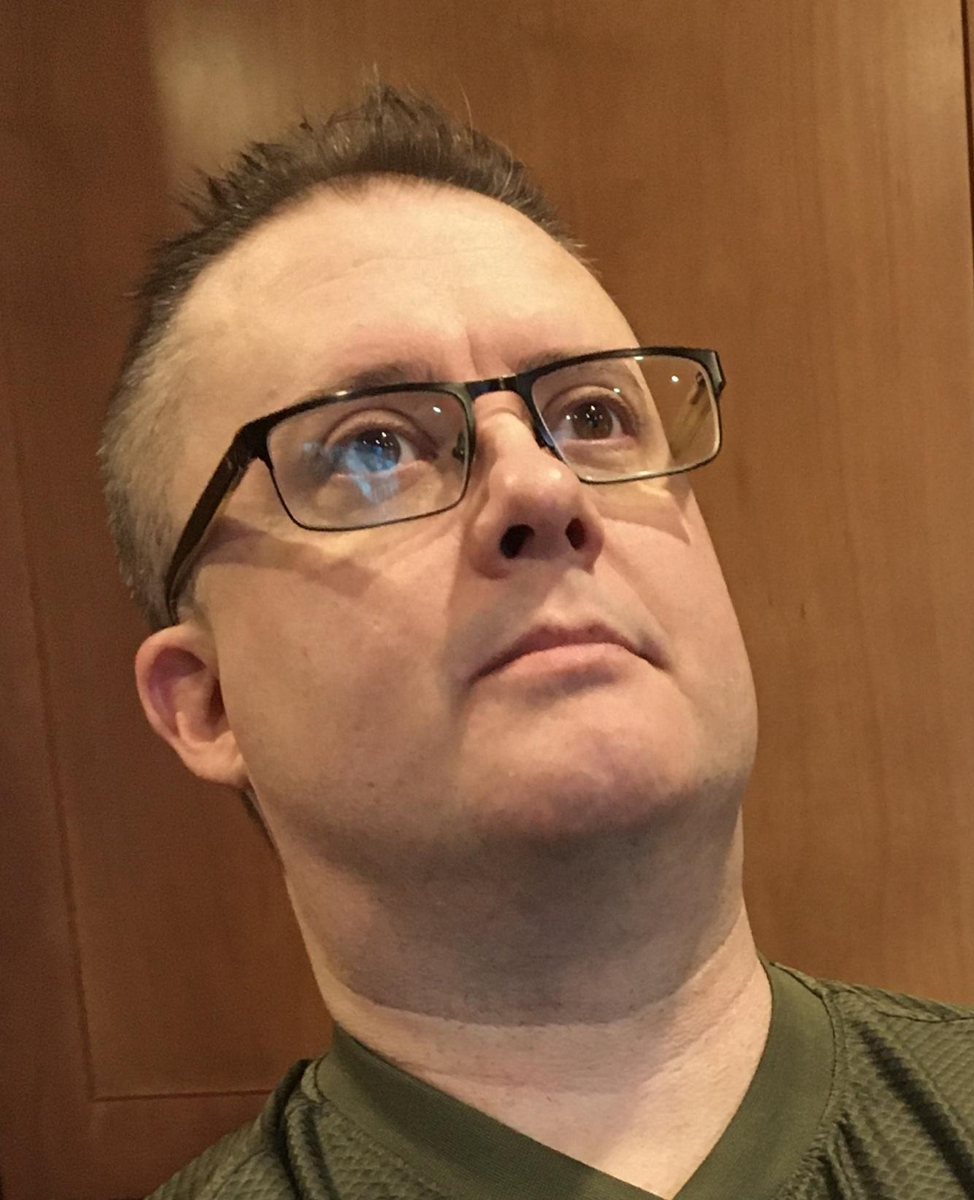 E. Reid Ross, former military and law enforcement professional, resides in Maryland and is the author of Nature is the Worst: 500 Reasons You'll Never Want To Go Outside Again, Canadabis: The Canadian Weed Reader and Bizarre World: A Collection of the World's Creepiest, Strangest, and Sometimes Most Hilarious Traditions.