Why are we too prudish to appreciate sex-positive parenting?

“I’m not a regular mom, I’m a cool mom,” a Juicy Couture-tracksuit-clad Mrs. George (Amy Poehler) tells her daughter’s friends in Mean Girls. Later, she peeks her head in the door while her daughter Regina is making out with her boyfriend in bed, calling out, “Need anything? Snacks? A condom?”

Poehler’s character serves as the defining example of the Condom Mom. The Condom Mom is open to talking to her kids about sex, wants to help her children with relationship troubles, and as the name suggests, often happily hands out condoms.

But does she exist in the real world, or is she merely another manufactured Hollywood archetype that’s perpetuated more by pop culture itself than reality? (After all, as this 2013 University of North Carolina study shows, about a third of parents don’t talk to their teens about sex at all, and the majority of those who do, limit the discussion to abstinence and the risk of pregnancy.)

Upon inspecting a seemingly endless amount of mommy blogs and YouTube channels of teen vloggers, it would appear that it’s merely a figment of Hollywood’s imagination. I did, however, find one major exception — L.A.-based comedian KarenLee Poter, a single mother of three and self-described cougar who hosts the podcast Sex Talk With My Mom with her adult son, comedian Cam Poter. The podcast began in 2015, but the pair’s sex talks began when Cam was six or so. “You start having the conversation as soon as the first question from the child is brought up to the parent,” KarenLee explains. “And if it’s not brought up, you can lead them up to it to see if there’s any curiosity.”

“[Once Cam was] in high school, his friends started coming around, and we’d hang out late at night and talk about their questions,” KarenLee continues. “I was the neighborhood mom who would talk about it with them. Whatever is out there [about sex] is all negative. But to me, it’s like, ‘This is a fun thing to do.’”

As she indicates, KarenLee was definitely the anomaly among the other neighborhood moms who preferred not talking about anything other than sex (a Condom Mom of one, if you will). For his part, when Cam was made fun of for his close relationship with his mom, he realized that the best thing to do would be to run with it, rather than try to play it down. It’s a strategy he continues to employ today. Recently, for example, a friend of his created a group chat with Cam and KarenLee to ask what vibrator to buy for his girlfriend. “The question wasn’t, ‘Why is my mom on this text chain?’ it was ‘Why am I on this text chain?’” Cam tells me.

For a lot of mothers, the urgency to talk about sex is more a result of the need to set guidelines for their sons in order to combat the messaging in the media about how to treat women. Monica, a mother of two boys, says that she and her husband always knew that communication about sex and dating was important, especially as it related to “what’s portrayed in movies and online versus what happens in real life.”

Such an approach seems to work. “I feel like the way that I learned to speak to or treat women was a result of my mom teaching me certain things, and being open with talking about sex,” says 24-year-old photographer Aaron.

“In my home, we talk very openly about everything,” adds Bridget, a 44-year-old mother of four. “My oldest was more shy about it, but my other son told the entire family when he first had sex and it was a topic at the dinner table. Growing up, there wasn’t anything [my mom] didn’t know about me so I’ve done the same raising my kids.” Bridget also links her openness to being a single mom, a sentiment KarenLee also shares. They found that it allowed their kids to see them more clearly as individuals, rather than just mothers who are imagined to have only had sex as many times as they’ve borne children.

So maybe the Condom Mom does exist in the wild. It’s just that she’s not as one-dimensional or incidental as Mrs. George. She’s linked much more closely to a number of other truths about the relationship between mother and child.

And somehow, that feels much more real-life — and contemporary — than her forcing a condom on him. 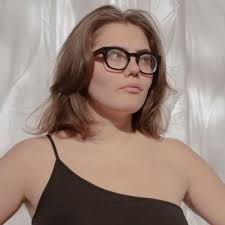 Rachel Davies is a freelance entertainment writer and stand-up comedian.