For 25 years, François Clemmons played a yet-to-be-replicated TV character — a singing Black police officer. The show, of course, was Mister Rogers’ Neighborhood, and the character’s name was — what else? — Officer Clemmons. But Clemmons also played another role on the show. “I set myself up as the diversity officer,” he explains. As a popular children’s program, Mister Rogers’ Neighborhood enjoyed successful tours across the country and ample promotion. So when Clemmons would notice ad materials for it woefully lacking in Black and brown faces, he’d slyly state his disapproval. “I’d look at it,” he tells me, “and I’d say, ‘This isn’t finished, is it?’”

After Mister Rogers’ Neighborhood would come Sesame Street and The Electric Company, educational series that explicitly sought to be inclusive of inner-city kids. But before inclusive programming became du jour, Clemmons was there, taking his history-making role as the first African-American man to play a recurring role on a children’s television program very seriously. “I made sure that many of the presentations we did included Black literature, Black poetry, Black pictures, and wasn’t all white,” he says.

Though they met through a chance encounter at the Third Presbyterian Church in Pittsburgh over 50 years ago, Fred Rogers and Clemmons seemingly had a fated friendship. Over the decades, they loved, tested and learned from one another — a relationship the now 75-year-old Clemmons chronicles in his new book, Officer Clemmons: A Memoir, along with the rest of his wide-ranging life and career.

The Grammy Award-winning singer was born to a traditional Baptist family in the post-war South. His memoir delves deep into Clemmons’ childhood, which was scarred with trauma, domestic violence, homophobia and racism. Officer Clemmons paints an intimate picture not only of his lifelong struggle to live and love freely as a gay Black man, but also of how a gay Black man successfully forged a unique career for himself without the help of a model for the kind of life he wanted to lead.

Special attention is paid to the most important relationship in his life — his love affair with music. “I knew suffering, and I knew loss from a very young age, and it was always bonded with music,” he explains. Music then was a way for him to transmute pain into joy; it was an awakening — a hobby that became a lifeline that became a career. In fact, he directed the Martin Luther King Spiritual Choir at Middlebury College in Vermont for over a decade before retiring.

I recently spoke with Clemmons about his new book and his enduring place in the public’s cultural imagination. I also quickly realized that he has an endearing penchant for answering questions with stories — and sometimes, songs.

You write about receiving the “sermon for survival” from your mother when you were younger, which instructs you to be humble and not to anger white men, especially policemen. This social conditioning figures into your initial reluctance to play a police officer on Mister Rogers’ Neighborhood. What, then, ultimately made you agree to take the role?
I’m a person who makes decisions right away. I like ‘em, or I don’t like them. But when Fred made the proposition to do Officer Clemmons, oh Lord, I hesitated! The thing that made me do it after almost a month or so of heavy thought and dialogue between he and I was the potential. He had the money. He had the contracts. I’d look at him sometimes as we began spending more and more time together, and a certain part of me was so envious — he had blue blood, good education, the family had a good business up there in Latrobe, Pennsylvania. I’d just go down that list. I included some other things that were presumptuous, but they ultimately turned out to be true — he was straight, he was married, he had children. I just saw so many of those things as challenges because I knew the full measure of who I am, and he couldn’t possibly know at first.

I also knew that I couldn’t go back to my parents’ home. That was my nightmare. That was like a fire. The fire kept pushing me and chasing me, and I was determined not to get burned up. So that’s what Fred was offering to me. I’d look at him and think, You just have no idea what I’ve been through. Because I knew the profound differences between us.

So when Fred presented the idea of the policeman to me, all of that stuff was weighing on my head. I also thought, I’m gonna wear this like you’d put on an outfit to do a role on stage for a Mozart opera or a Benjamin Britten opera. Sometimes they’re incredibly elaborate and beautiful costumes, and sometimes they’re not. That’s what I thought I’d do with Officer Clemmons — put on the jacket, and when I got done filming, I’d take it off. That’s what I did, too: When I got home, I put it in the back of the closet. I know that was symbolic, but I didn’t wanna talk about it and I didn’t want people to see it. I didn’t want to explain it like I’m talking to you in detail. I wasn’t mature enough or healthy enough to talk about it to just anybody, so I put that jacket in the back of the closet.

How do you feel about the fact that that character is now such a large part of your cultural legacy?
I’m very surprised that something I did 50 years ago still has an impression on people — a positive impression, too. I loved singing on Mister Rogers. Officer Clemmons was singing, and he was going around with Lady Aberlin who was my favorite, and Queen Sara and Daniel Tiger.

I didn’t have the kind of childhood where you were encouraged to fantasize or to dream because there were some realities in the Civil Rights struggle — the racism, it wasn’t old; it was present, it was on my head. It was happening at that time. It was everywhere, and the ladies who were my caretakers, they talked about it a lot so I really knew there was something out there.

But when I was singing for Fred, this idea of fantasy and of creating out of your imagination began to be real to me. It was something that I could trust. The idea of going onstage, that was coming alive for me. Something inside of me that I kept tamped down flew up and it was free. And it was freed through singing the music and using my imagination and knowing that I was doing something that was special.

In the section about the first time you met Fred you write, “His eyes hugged me without touching me.” Overall, you’re very generous in your praise of him — how he brought you soup when you were sick, how him offering you a role on his show changed your life, and that he was a quasi-father figure. But there were also tougher times in your relationship like when he encouraged you to get married to a woman so that others wouldn’t find out you were gay. What do you make of those contradictions?
He was a human being! I didn’t have Fred on any alter. He was another human being, and he gave me his opinion, which I wanted, and most of the time it served me very well. We spent a lot of time together, but we were individuals from very different backgrounds who had come together and found that we had something that bonded us together right away. Fred was older, and he knew what he needed and wanted for the program.

In so many ways, he pulled me out of the morass. He helped me to see how special I was. He never forced me, I made a decision. But I made it knowing that everybody, not just Fred — the preachers, the psychiatrists, my voice teachers — none of them encouraged me to express my homosexuality, which is, in my opinion, the sweetest part of me. It wants to play games and be with people, but they all said, ‘No, no, put that away.’ It would be like telling RuPaul, ‘Don’t ever put your dresses on and your hair.’ But that wouldn’t be RuPaul! So that’s what they were demanding, that I not be myself. Fred had given me so much in such an incredibly short period of time. He lavished such kindness on me. I wasn’t accustomed to it. I had this thing about not totally trusting anybody, and I waited, as they say, for the other shoe to drop, and in a sense, it never did.

You also write about how eye opening it was to be exposed to the works of queer Black luminaries like James Baldwin and Bayard Rustin in your college years. Are there any other writers who influenced or inspired you?
Maya Angelou certainly inspired me. So did Toni Morrison, The Color Purple and Lucille Clifton.

I went to Nashville a hundred years ago on a tour that I was doing for Fred Rogers in Black communities so that I could help them take a new look at Mister Rogers’ Neighborhood and hopefully encourage their children to watch. They were having a writers convention at Fisk University, and the agency that books me said, ‘You should go there and sing to them.’ I did, and Maya Angelou kind of led the response. She took my hand, reached into her heart and said, “You really, really are doing a wonderful thing on that show, and I want you to know that we all know about it.”

The room was filled with a who’s who of Black writers. And she told me, “We travel all over this country from shore to shore, new colleges to big colleges, storefronts to churches, and we read and talk. And you know what we’re doing when we get back to the hotel room? We turn on Mister Rogers’ Neighborhood so we can relax, and we’re not looking for Fred Rogers, we’re looking for you.” That was the anointment from Maya Angelou and the room full of writers, which included James Baldwin, Gwendolyn Brooks and Lucille. I thought, Oh my God, this wise woman is knighting me!

At the end of the book, you talk about how saddened you are by the prolific amount of gun violence and racial and religious intolerance in our world — a world that you say Rogers (who passed in 2003) wouldn’t recognize. When you get down about these things, like we all do, what lesson or song do you turn to lift yourself up?
Let me tell you a short story: My friends and I drove down to Montgomery, and we went to the the lynching museum. I was keeping a low profile. There’s a lot to see and a lot of it is very painful, so I was walking very quietly. When I got around half of the museum, I ran into a young man around 18 or 19. He was one of the guards — tall, handsome and Black. He said, ‘Sir, are you the Officer Clemmons? The one that I seen on television?’

Well, the other people turned and looked at us. Everybody else was very somber and respectful, they were thinking about the issues of life and death because the lynching images — it was deafening how many there were. But he motioned to a couple of his friends and said, ‘Hey, Officer Clemmons is here! Come over here!’ In only a few seconds, I was surrounded by 16 to 20 of these guards and docents. The next thing you know, there was the most plaintive, sad version of [singing]… 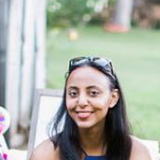 Naomi Elias' work has appeared in The Cut, L.A. Review of Books, Teen Vogue and Nylon.