The Desperation That Blinded Democrats to Bill Clinton’s Sexual Misconduct

In 1992, Democrats were willing to forgive almost any sin to end Republican political control. They’ve been unable to stake the moral high ground ever since.

About two-thirds of the way through Michael Nelson’s insightful new book on Bill Clinton’s presidential campaigns, Clinton’s Elections: 1992, 1996 and the Birth of a New Era of Governance, he relays that labor groups donated $35 million in 1992 to the Democratic candidate. The funds enabled Clinton to dramatically outspend his Republican opponent, incumbent President George H.W. Bush. The unions’ contributions are notable because Clinton was more hostile to unions than any other Democratic nominee since at least the 1920s. (Clinton would subsequently work hard as president to pass the North American Free Trade Agreement (NAFTA) over the objections of unions, whose members were, as they predicted, devastated by the pact.)

But, Nelson notes, in 1992 labor was “like other Democratic constituencies desperate for even a centrist Democrat like Clinton to win” after Republicans had won the previous three presidential elections. Basically, post Reagan/Bush, a union-skeptical Democrat like Clinton still seemed like a massive improvement.

This also explains why Clinton was given such a pass for much of his sexual behavior. In the #MeToo era, it’s especially strange to recall how many big-name feminists not just overlooked the numerous allegations of predatory behavior (and actual sexual assault) against Clinton, but outright defended him. Case in point: Nelson, a political scientist at Rhodes College in Tennessee, resurrects Gloria Steinem’s famous 1998 op-ed in the New York Times defending Clinton’s affair with Monica Lewinsky, where she argued that “there is no evidence to suggest that Ms. Lewinsky’s will was violated.”

Of course, now that sentiment couldn’t be any different. In 2017, New York Senator Kirsten Gillibrand said Clinton should have resigned, and Rebecca Traister, a prominent feminist writer, wrote the next year that she’d “advise Bill Clinton to stop bitching about how this is Kennedy-era ancient history.”

In the 1990s, however, Democratic hopelessness overruled any sense of morality. Leading up to the 1992 campaign in particular, the crisis wasn’t just that Republicans had held the White House for 12 years. The crisis was that the last two presidential elections had been blowouts for the GOP (despite the fact that 1988 was supposed to have been a shoo-in for Democrats because Bush was tied to Iran-Contra). “We’re close to becoming a one-party presidential country,” worried 1984 nominee Walter Mondale.

Thus, liberal and centrist groups muted their criticisms of Clinton’s actions, which were no secret. His gubernatorial chief of staff wouldn’t let him jog alone, lest he didn’t end up in a woman’s apartment. And Clinton scrapped plans to run during the 1988 campaign because he feared his many affairs would be problematic so soon after Gary Hart had withdrawn from public life for his dalliance with Donna Rice. Besides the adultery, a former Arkansas state employee sued Clinton, claiming he’d used public funds for affairs with five women. One woman accused him of unwanted groping, another of harassment, and most credibly, Juanita Broaddrick accused Clinton of raping her in April 1978.

Nonetheless, feminists were as anxious as other Democrats about losing the presidency again to Republicans, who grew more conservative with each passing year. Nina Burleigh famously declared, “I would be happy to give him a blow job just to thank him for keeping abortion legal. I think American women should be lining up with their Presidential kneepads on to show their gratitude for keeping the theocracy off our backs.”

This wasn’t a cynical approach for attaining and maintaining power for its own sake. It was a strategic trade-off. Clinton benefitted from it, but it wasn’t done for his benefit. It was done to avoid anti-women decisions like hindering reproductive rights, discouraging women from entering the intelligence community and promoting abstinence-only sex education.

It was hard to separate Hillary Clinton from all of this, too. For starters, she supported him — and went so far as to attack some of the women who claimed affairs with him. Second, she was (and remains) a pioneering figure for many second-wave feminists. Nelson recalls how she was deemed by voters, as First Lady in Arkansas and then across the nation, to be too ambitious, too smart and too aggressive, which greatly bothered equality-minded women who watched as Hillary was forced to say that she loved baking cookies and to generally subvert her career ambitions in favor of her husband’s. On the flip side, they loved how Clinton clearly treated her as his intellectual equal. “Buy one, get one free,” was how he described it to voters. As such, Hillary’s “presence by her husband’s side went a long way to validate his openness to feminist concerns,” Nelson writes.

Moreover, Clinton brought with him to Washington an unprecedented number of female legislators, and they mostly supported him as well. More women ran for office, and more of them won than ever before in American history. So much so that 1992 was dubbed “The Year of the Woman.” To be sure, these women didn’t just ride Clinton’s coattails, but neither was his electoral success irrelevant to theirs.

Clinton also benefited from his opponents’ totally transparent bad faith arguments and disdain for gender equality. In 1991, for example, the all-made Senate Judiciary Committee hounded Anita Hill with sexist questions while letting the man she accused of serial sexual harassment, Clarence Thomas, ascend to the Supreme Court. The hearings were broadcast on all three networks and showcased the everyday bigotry that infected the federal government.

Similarly, the GOP officials who led the impeachment inquiry against Clinton in 1998 were highly disdainful of feminism. Many of them, it would later turn out, were carrying on their own affairs while self-righteously castigating the president for his actions. The hypocrisy was self-evidently absurd. Even their unstated belief that feminists would be so horrified by Clinton’s behavior that they’d vote Republican showed how little they knew about women.

And yet, as Nelson points out, the irony is that Clinton’s behavior with women wounded his wife’s presidential campaign in 2016. When Donald Trump’s Access Hollywood tape was released, it was so damning that many people — including Trump’s running mate Mike Pence — thought it would sink the reality star’s campaign. But Trump simply used it against the Clintons. “If you look at Bill Clinton, far worse,” he argued. “Mine are words and his was action. … There’s never been anyone in the history of politics in this nation who’s been so abusive to women. … Hillary Clinton attacked those same women and attacked them viciously.”

To further underscore his point, Trump brought four of Clinton’s accusers to one of the debates, unveiling them in front of the press as though he were making reality TV again. It was unjust and repulsive, but Clinton bore some of the responsibility for putting his wife in the position where such a stunt was possible.

A couple of years later, when Minnesota Senator Al Franken was forced to resign for groping numerous women, it signaled that boys-will-be-boys was no longer an acceptable excuse in the Democratic Party. Times had officially changed, and if Clinton were to run now, there’s no way he’d survive the primary.

In the 1990s, that could have been catastrophic for Democrats. But today, it counts as moral progress. 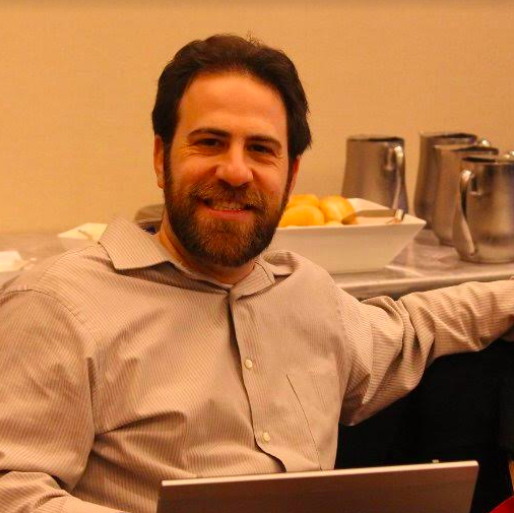 Jordan Michael Smith is the author of the Kindle Single, 'Humanity: How Jimmy Carter Lost an Election and Transformed the Post-Presidency.' His writing has appeared in the New York Times, Washington Post and The Atlantic.