In 1948, Bob Lemon planted a kiss right on Gene Bearden’s lips, in front of the team, the press and the whole world. Seventy years later, their affection has never felt more timely

Pinned to the top of the Twitter account @BaseballIsCute is a picture of Cleveland Indians pitchers Bob Lemon and Gene Bearden after they defeated the Boston Braves in the 1948 World Series. The clinching game of the series had been a nail-biter. Lemon was among the best pitchers in baseball during the season, but he’d left the game in the eighth inning with the bases loaded. Bearden, typically a starter, came in to hopefully end the threat.

Unfortunately, he allowed two of the runners to score, bringing the Braves to within one run of the lead. In the ninth and final inning, however, Bearden came through: After a leadoff walk, he induced a double play and a fly ball to left, preserving a 4-3 Cleveland victory. After the game, Lemon planted a kiss right on Bearden’s lips, in front of the team, the assembled press and the whole world.

That kiss heard ’round the world — though now almost 70 years old — perfectly encapsulates BaseballIsCute, a glorious roll of baseball players in various states of undress leaning on one another, play-fighting, dancing, staring into each other’s eyes with adoration and, most of all, hugging. 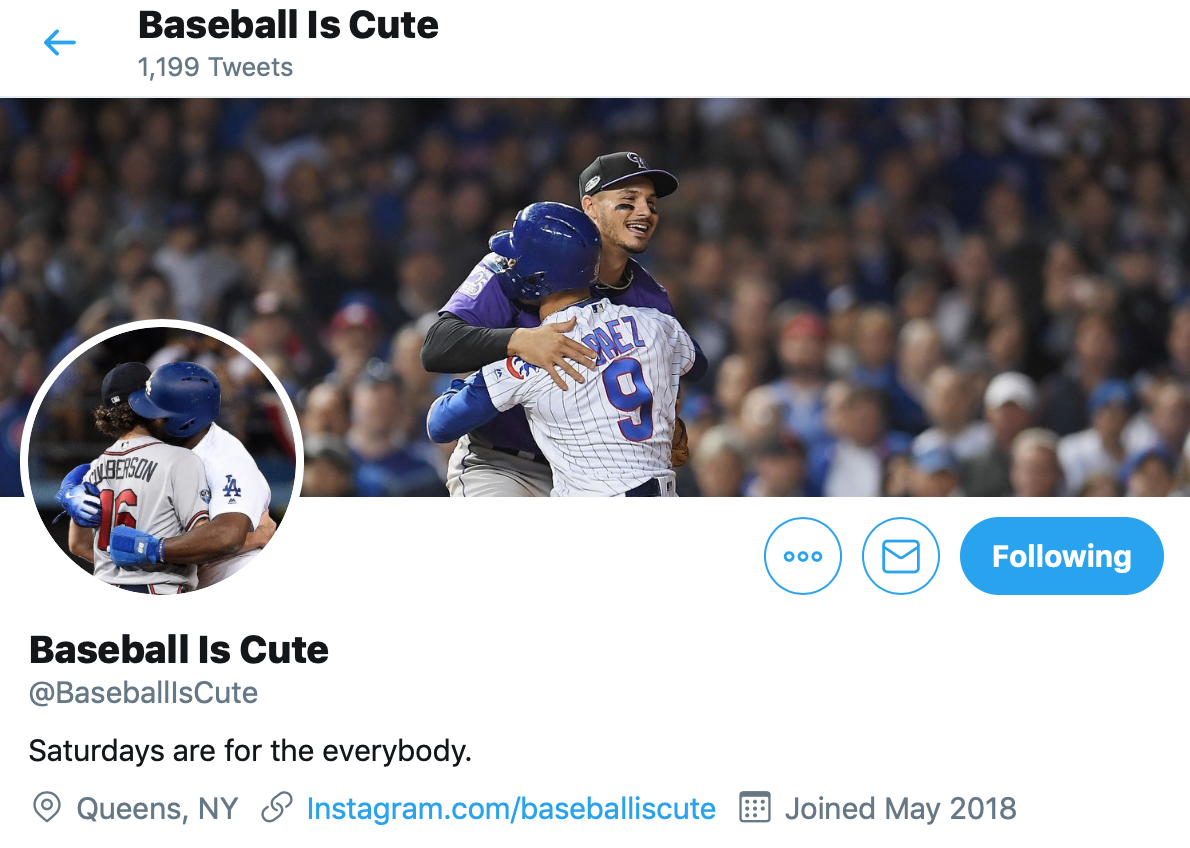 The account’s founder, 27-year-old Hannah, has been a baseball fan since she was 8. “My dad was a Mets fan, and he passed that curse onto me,” she tells me. She originally started BaseballIsCute as a private repository of pictures of baseball players showing affection for each other. “I was just collecting images for myself of pictures of them hugging or whatever,” she explains. But eventually, she decided to start an Instagram and Twitter account. “People think of baseball as just wildly specific statistics and guys hitting balls with sticks and standing around a field for six hours,” she says. “But there’s also a human element that I find really appealing, and I know other people do, too.”

She’s also well aware of the shitty sides of a lot of players, which she wanted to balance by highlighting players who, as far as she can tell, aren’t so shitty. “MLB and the culture around it is obviously very abusive, homophobic, racist and misogynistic,” she says. “So I just wanted to focus my attention on players who, based on my cursory research, are decent people.”

In particular, Hannah liked that sports often provide ample opportunity for straight dudes to show physical affection for each other — from butt slaps to dick bumps — with no judgment (if anything, it’s encouraged). “Sometimes I wonder if that’s something that subconsciously draws men to sports,” she tells me. “[Maybe they want] not like sexual contact, but physical, emotional connections with other men that are discouraged in other contexts.”

Of late, Mets slugger Pete Alonso has been the de facto mascot of the account. With 53 home runs, he led the majors in long balls in 2019 and broke Aaron Judge’s record for most home runs by a rookie. But Alonso’s more than just a bopper: with his wispy receding hairline and square boy non-bod — his nickname is the Polar Bear — Alonso feels like an everyman (even if he really isn’t). Not to mention, when the league told him, in a bout of mustache-twirling villainy, that the Mets weren’t allowed to wear special hats to honor 9/11 first responders, Alonso balked and ordered the whole team customized commemorative cleats in protest.

Hannah had a field day after Alonso broke Judge’s record. After rounding the bases, he did the quick-pat “feelings are gross” hug with most of his teammates. But he lingered on second baseman Robinson Canó, flashed a Tom Haverford open-mouth grin at third baseman Todd Frazier and received a genuine mentor’s congrats from hitting coach Chili Davis. Back on the base paths during the next inning, Alonso looked up to the sky, smiled, and let out a great sniff to keep himself from crying. Hannah was sure to capture all of it.

Another account called “Gentle Sports Touches” — @soft__contact, sublimely clever — is equally adroit at capturing the difference between a perfunctory embrace after a good play, and the kind of touch that represents real intimacy (e.g., a hug held for a moment longer than necessary or a graze of the face). Their avatar is a picture — now famous among online baseball people — of Atlanta Braves second baseman Ozzie Albies cradling outfielder Ronald Acuña Jr. in his lap. (The two prodigiously talented young players are also close friends off the field.)

I do have to admit: The joy on players’ faces as they embrace and congratulate one another is undeniably palpable and moving. After all, as the Yankees Cameron Maybin points out above, who doesn’t love a good hug sometimes? 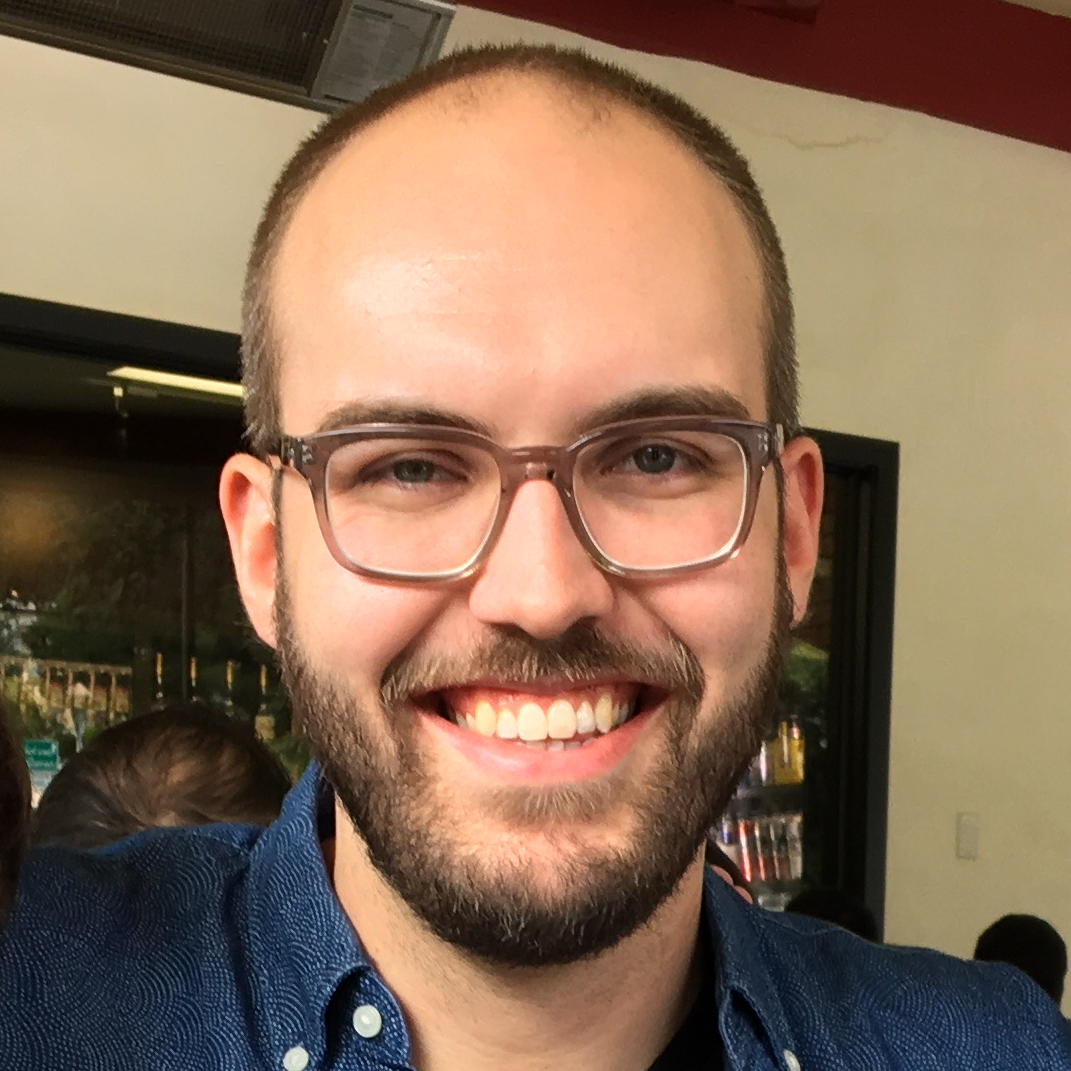