Searching for Mindfulness Among Satanic Spirits

To see the light, do you need to turn to the dark side first?

“I question my sanity a lot!” admits Eric Koetting, a Utah-based black magician. “Sometimes it’s like — I just had a 35-minute conversation with Lucifer in my living room. Did that really happen? But I’m here to tell you that these spirits are very real — and misunderstood. These are intensely powerful beings and communicating with them takes its toll on your body and your mind. If you speak to them respectfully, however, the results can be life-changing.”

Hollywood has taught us that people who try to summon demonic spirits are typically part of murderous underground cults (Hereditary), or Catholic priests who like to strangle sense into possessed 12-year-olds (The Exorcist). However, for Koetting and thousands of others, the idea of communicating with ancient demonic forces like Paimon and Pazuzu isn’t a good campfire tale, but a vital act of self-care.

As a result, there are several online forums dedicated to summoning demonic spirits and working with them to make positive life changes. Amongst one such community, Become A Living God, thousands of different users write up detailed accounts of their helpful experiences with ancient forces, who they claim have been unfairly dismissed as evil. Kind of like Goop’s satanic cousin, the lifestyle forum, which includes recommendations on the best organic herbs to use during rituals, was founded on the idea that by talking to demonic spirits you can, in turn, overcome your own personal demons.

It also links users with professional “summoners” and “sorcerers” (a la Koetting) who charge for hourly sessions (Koetting’s price: $300 for a private one-on-one Skype meeting), where they essentially teach you how to become Lucifer’s BFF. Female users with issues around their appearance are routinely directed toward Aphrodite and Lilith, while one male user suffering with severe depression was recently advised to speak to Lucifer himself as he will “make sure everything else falls nice, neat and clean into place.”

Koetting, who cites Azazel and Beelzebub among his favorite demonic “colleagues” to work with due to the “truly transformational results” they routinely create for his clients, says disturbing paranormal experiences were almost a weekly occurrence while he was passed around foster homes as a kid. Once he stopped fearing them and embraced them instead, he began to realize that these “entities” were a force for good, and it helped him move past deep traumas.

“There are demonic entities that are purely baneful and evil, true, but there’s just as many who exist purely to help human beings,” he tells me. “If you go back to the Stone Age, these spirits were being worshipped and treated as holy beings. The demonization of them happened as part of a psychological warfare as one religious culture superseded another. This was particularly evident with the female goddesses who were turned into evil mythical gods, but this was just part of a patriarchal shift in society.”

Along those lines, Annette Yoshiko Reed, an associate professor for religious studies at New York University and the author of Demons, Angels and Writing in Ancient Judaism, says the rise of Christianity and Judaism created much more rigid notions of good and evil. “In pre-Christian traditions, particularly Ancient Greece, the word daemon was used to describe an entire network of intermediary spirits who could be called on for guidance. They tended to think of demons as part of a divine holy realm,” she explains. “Daimōn comes from the verb daiesthai, which means to distribute energy, and it only really starts to gain wholly negative connotations [as a word] when Christianity establishes itself in the West and creates more of a dualistic power dynamic with God on one side with his angels and Satan on the other with his demons. Rather than having this entire cosmos filled with different kinds of daemons, it becomes this fixed term associated with evil.”

The word also appeared prominently in the work of Plato, who described demons as capable of creating “divine inspiration” and were a “spirit intermediate between humans and gods.” The Ancient Egyptians likewise saw demons as intermediaries who could deliver helpful messages to humans.

Not that it always happens right off the bat — then or now. “On my first attempt to communicate with a demonic entity, I thought it was a load of bullshit as nothing happened!” says Jesse Garrett, another black magician. He claims to have high-profile clients including actors and even Saudi businessmen, and is convinced that many of the world’s rich do demonic rituals in private, which in turn “fuels” their success. “I was getting really frustrated with it because I did everything the way I was supposed to and was still drawing blanks,” he continues. “I was sitting there staring into this triangle full of smoke, shouting ‘Why is there nothing here!?!?’ Then, just for a split second, the smoke took the form of a face.”

Garrett, who has provided me with dozens of images that he believes shows the faces of demonic spirits coming out of fire and smoke during rituals, also claims, like Kotteing, to have experienced ghostly experiences as a child and says that this is what initially sparked his interest. He says he started to taking the occult movement even more seriously after coming across videos on YouTube that featured evocations and clear instructions on how to do rituals. He eventually stumbled across the Become A Living God community and developed the courage to experiment for himself. “Whenever you tell someone that you’re a practicing sorcerer, they either become fascinated and want to be helped in some way or they completely cut you out of their life,” he tells me, letting out a nervous cackle.

The Georgia native enjoys communicating with Ophiel the most, an ancient spirit that’s considered to be “an angel of deliverance” who can heal people suffering from fear, anxiety or addiction. “I used to be depressed and incredibly anxious, but Ophiel healed me and gave me so much confidence.”

Meanwhile, Orlee Stewart, another practitioner of magick with a host of private clients and colorful tattoos that include a 666 on her fingers, tells me that working with demonic spirits has resulted in her reaping financial rewards. It’s a claim that has similarities to the prosperity-based faith beliefs of celebrity Christian preachers like Joel Osteen and even Kanye West, who both believe God rewards his most faithful followers with cash. “I’ve asked a demon for money, and I’ve quickly had it where my card at the store would be charged far less than all the items I had purchased were valued,” Stewart tells me. “It was super weird.”

She says she grew up in a religious household and “hated it,” choosing to be an atheist instead. Just like Keotting and Garrett, she discovered a vocal occultist community online and started trying out things for herself, learning how to conduct rituals that include drawing a sigil unique to a specific demon, which is later burned, and sitting within a circle while imploring spirits to enter. “I gravitate toward the Jewish female demon Lilith in particular. She’s been great in helping me protect myself from dangerous people and scaring them away,” Stewart says. “She also helped me restructure my appearance and transform the way I look. She made me feel peaceful and realize my beauty and freed me from spiritual slavery. I don’t see how people can deny that as a good thing?”

Still, Douglas James Davies, a professor in the department of theology and religion at the U.K.’s Durham University, isn’t so sure. “One must not forget the power of words. Liturgies work due to the power of words in the same way poems or songs do, and when you get a good set of phrases together, they are thrilling. If you’re talking about Lilith or Beelzebub, it can sound very romantic to someone who is in desperate need of help. But I’d advise someone in pain to speak to their doctor before turning to one of these forums and risk being exploited.”

When I suggest to Koetting that many people dismiss his work as a rip-off, he does admit, “I do have moments where I wonder if I’m on the right side, and if I’m ignoring the light instead of embracing it. The last few years I’ve immersed myself in demonic worlds that can get overbearingly dark, but the majority of my experiences are positive ones. If someone appeared from nowhere and had never been to earth, and you explained fire to them, they’d say it was impossible. But once you experience it, you see that it’s real. It’s the same with what I do.”

Garrett has a similar message for skeptics: “It’s easy to scoff at people when your circumstances are comfortable, but if your family was starving and there was a sigil for a demon that could bring you food, you might change your mind. With the spread of coronavirus, more and more people are realizing that their prayers to their gods aren’t being answered, but I promise you that demons like Paimon will always listen to you. They’re here to help, and you shouldn’t be scared of them.”

“We’re not trying to convert anyone into doing this,” he concludes. “People are free to make their own choices. But what I would say to skeptics is this: If you think what we’re saying is so stupid, why don’t you try it for yourself?”

As for Reed, she believes, given the chaos of modern times, that the converts will only keep growing. “In a lot of cases, the idea of controlling or mastering invisible forces within the cosmos comes during periods where people feel a lack of control or knowledge when it comes to the world around them,” she explains. “The idea of gaining a secret knowledge is incredibly appealing to people who feel like they’re being lied to by their leaders.”

Thus, she reasons, “In the same way everyone knows their star sign, but doesn’t necessarily believe in astrology, maybe we’ll each have our own demons, too. It could be a nice bit of fun!” 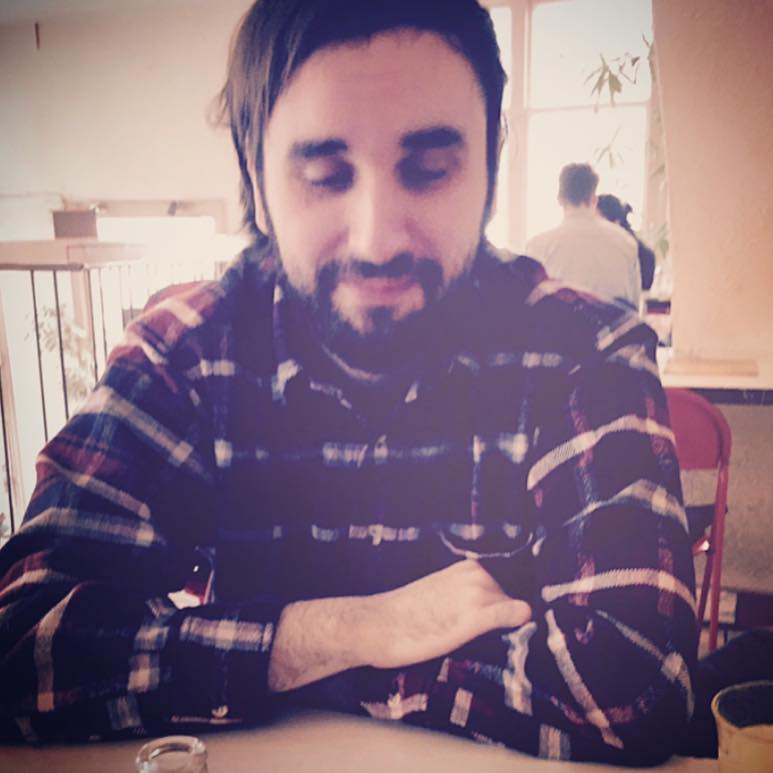 Thomas Hobbs is a UK-based culture, music and business journalist whose work has appeared in the Guardian, Dazed, BBC, Wired, New Statesman and many more. He believes Mr. Blobby was a high point for British culture.

Just What Is a Male Witch, Anyway?