There’s nothing quite like a chapter title of a book that reads “For Every Tuck, There Must Come a Bulge,” to get you to perk up.

Then again, Tom Fitzgerald and Lorenzo Marquez’s Legendary Children: The First Decade of RuPaul’s Drag Race and the Last Century of Queer Life is full of cheeky and lascivious wordplay, the better to match the playful world of drag queens the book offers up for its readers. Almost encyclopaedic in its reach, with bite-sized history lessons on the likes of Divine, Jim Bailey, Leigh Bowery and Crystal LaBeija running alongside a closer look at RuPaul’s Emmy-winning TV show, Fitzgerald and Marquez’s chapter-long detour into those muscled men who seem to always orbit around fabulous drag queens offers a fascinating look at queer male culture’s fixation on rigid notions of masculinity.

RuPaul’s Drag Race may bill itself as a reality television show on the hunt for “America’s next drag superstar” but as Fitzgerald and Marquez, best known for running their Tom + Lorenzo style blog, lay out in their book, the show has morphed into something grander. The competition makes for great television all about the business and art form of drag (the two being ever so conjoined in Ru’s pink “Werq Room” where much of the action takes place), but it’s also become a kind of televisual repository of queer life. Challenges built around Judy Garland sit side-by-side with frank conversations about childhood homophobia, and games rooted in ball culture segway into runways that pay homage to Madonna. Essentially, the entire show’s grammar demands one become knowledgeable about various facets of gay life. The competition’s “Pit Crew,” a rotating roster of beautifully chiseled men often lounging in nothing more than a pair of briefs that leave little to the imagination, is no exception.

As Fitzgerald and Marquez write, “When a handful of oiled-up muscle men in skimpy briefs walk through that door, they’re serving a specific, iconic and long-lasting image of queer male desire as well as continuing a long-standing relationship in the queer community, the same one you see play out on every Pride parade float full of drag queens and go-go boys.”

Such a history, they both admit, was one of the guilty pleasures of writing the book. Legendary Children has no shortage of these thrilling histories — many about oft-forgotten or under-discussed black and brown trans and drag performers — but they both had a soft spot for the chapter about gay male beauty. It’s the flip side of what drag embodies and comments on. “Part of the reason the ‘muscle Mary’ image and this drag queen image exists side-by-side,” Fitzgerald explains, “is because in both cases, they’re extreme representations of gender performance shot through a very queer lens. Drag is about commenting on gender performance from a queer perspective, and our collective obsession with this muscle male icon is about expressing our sexual attraction to them.”

Therein lies what makes the Pit Crew such a radical part of Drag Race. As Fitzgerald and Marquez write, “A fit young man in briefs is as iconic an image of gay male desire as a pinup girl in a bikini is for straight male desire — and largely for the same reasons.”

But just as that image of straight male desire embodies decades’ (if not centuries’) worth of cultural baggage, so does the ideal the Pit Crew puts forth. These oiled-up men are but Drag Race’s whimsical reminder that gay male desire has long been smuggled in a pair of tight briefs. It dates back, as the book outlines, to the homoerotic undercurrents of the works of famed early 20th century American illustrators like J.C. Leyendecker and George Quaintance, through to the works of bodybuilding photographers like Bob Mizer and the engorged physiques of Tom of Finland’s deliriously erotic illustrations, all the way to their high-art heir, Robert Mapplethorpe, who found a way of eroticizing the queer male body for audiences near and far. That a mainstream TV show in 2020 can so blithely use near-naked men as props in skits featuring drag queens is a sign of how legible queer desire has become in the last century.

For it’s not just the way Drag Race’s cameras zoom in on those bulges (often to better showcase the brand of underwear these models are hawking). There’s a queer gaze in how they’re shown to the audience. Case in point: During a game of “Pants Down, Bottoms Up!” (i.e., a memory challenge where the queens had to ask a row of Pit Crew members to show off their underwear one by one and find the matching pair) audiences didn’t just get to see these hunks continually take off their pants, but the queens offered their own cheeky asides as well. “Ugh, my mouth is watering,” Eureka O’Hara noted after quipping that there was “something for every taste in the room, and you know I love a buffet!” More often than not, though, queens often just stare wide-eyed at that tasty-looking buffet, both titillated and paralyzed by what was on display.

“A lot of that is very illuminating,” Fitzgerald notes, “and somewhat charming because most of the queens are very shy when they don’t have drag as their armor or their crutch. And when they’re faced with these naked hot guys, a lot of them go straight to coquettish, shy and giggling. It’s an interesting illustration of that dynamic in queer life. And I always thought it was a good thing for this show to depict the non-gender conforming as sexual beings — to have these effeminate queer men with plucked eyebrows and their plump lips stand there and openly express desire for hot, semi-naked men. That’s one of the more subversive qualities of Drag Race.”

As Drag Race has evolved, going from plucky Logo reality TV competition that fielded sponsorships from local West Hollywood businesses to global Emmy-winning phenomenon now reaching homes all over the U.S., its claims to being a queer safe haven demand to be further scrutinized. Part of the show’s evolution has been an embrace of a wider vision of what drag can be, moving from a very stilted notion of “realness” and “fishiness” in early seasons (asking whether queens could “pass” as “attractive and glamorous women”) to being more open about other aspects of drag’s commentary on gender performance. Throughout, though, the Pit Crew as a masculine ideal has remained.

“That’s such a locked-in ideal image,” Fitzgerald bemoans. “It is. And as we tried to argue in the book, it goes back a hundred years. Drag is about performing gender and exploring gender. And it’s obviously a very good thing that Drag Race’s perspective has broadened in the last few years, and that it’s not directly about mimicking female gender anymore — or at least it doesn’t always automatically reward that. But that locked-in image of queer male desire just doesn’t shift, even as we, as queer men have slowly started addressing our rigidity in terms of who’s allowed to be considered attractive in our culture. We’re slowly opening up to body diversity and recognizing our collective lack of racial diversity in terms of how we express our desire. But obviously, we have a lot of work to do.”

For Lorenzo, the recent British off-shoot of the show offered a glimmer of hope. “There’s this rigid masculinity presented in the American version,” he shares before adding that the “Brit Crew” seemed looser, finding a way of offering a vision of gay masculinity their American counterparts, in their stoic muteness, rarely get to embody. “So I did enjoy that. And I hope we see a little more of it. Because there’s nothing wrong in being a little feminine or flamboyant. And it would be nice that this show supported that more.”

Then again, it’s no coincidence that, like those “muscle Marys” and Leyendecker illustrations of years past, the Pit Crew’s masculinity is a figure of commerce. “Where do we see these guys?” Fitzgerald asks, “We see them in ads for bars. We see them in ads for revues and shows and sex parties. And if you go to any city that has a local queer magazine or queer newspaper — I know they’re all dying — on the last 20 pages are pictures of guys in Speedos. Some of them are escorts. Some of them are bartenders. But that’s the image. It just doesn’t go away.”

As Legendary Children posits, the Pit Crew speaks, as all things Drag Race, to both a long storied queer history and to a contentious queer present in need of constant renegotiation. As RuPaul’s once niche show keeps morphing into a well-established brand in and of itself — with conventions, spinoffs, merch, Vegas shows and more — learning that history is as important as identifying how many of the battles and biases that can sometimes feel antiquated still remain, wrapped as they may be in bulges and tucks alike. 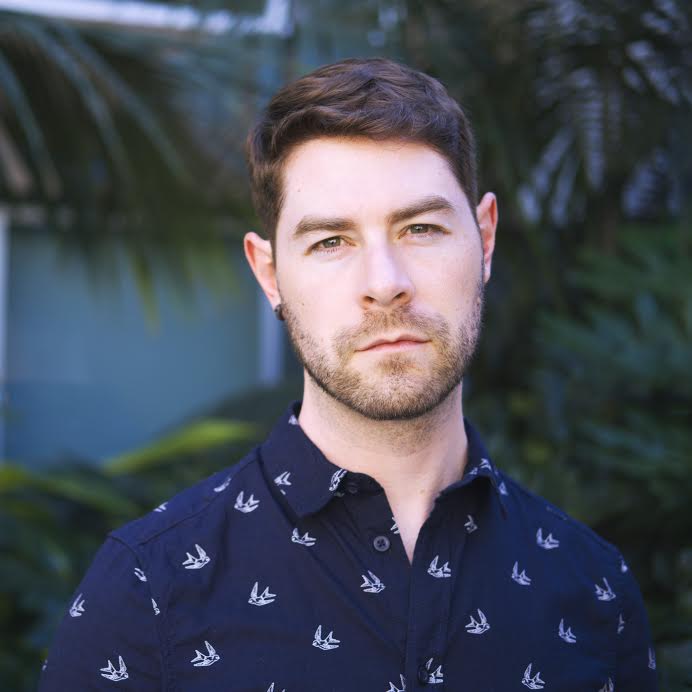 Manuel Betancourt is a queer Colombian film critic and culture writer. His work has appeared in The New York Times, Variety, Film Comment, The Los Angeles Times, BuzzFeed Reader and more. He's the author of the 33 1/3 book on 'Judy at Carnegie Hall,' and a co-writer of the Eisner Award-nominated graphic novel 'The Cardboard Kingdom.'