Men Should Read More Fiction After a Breakup

Forget that song on repeat, the true balm for a broken heart is a good book

Pop-culture consumption, the most famous of breakup salves, is universal. No matter your place in the grief, there’s always a song that will sound best on repeat and shout-sung alone in your apartment. The internet is littered with recommendation lists of the best breakup albums, movies and TV shows. Books, however, are less suggested, and when they are, they’re implied to be more suitable for women. Not surprisingly then, you’ll find the most readily-available post-breakup reading lists from Cosmo, Refinery29, Bustle and The Cut.

Add a specification of “For Men,” and the mainstream resources dry up. And what lists do exist contain far more self-help books than fiction suggestions. Fiction has always been seen as more the concern of women, and the implication is that it’s frivolous and unserious. If they cannot mirror our image of ourselves back to us, or distill secrets for attaining happiness into an equation simple enough to fit on a tattoo, books have no use for us men. We have better things to do.

But last summer, I found my way to Andrew Sean Greer’s 2017 novel Less. It’s about a man, adrift and heartbroken, who sends himself tumbling all over creation just so he can avoid having to attend his ex-boyfriend’s wedding. He does this by accepting every invitation that comes his way, allowing him to have a dignified excuse for turning down that most important one.

I picked up Less knowing nothing but its logline and the accolade (it won the 2018 Pulitzer Prize for Fiction). I wasn’t looking for a book to serve any purpose aside from passing the time on a family beach vacation. Still, I was several months out from the breakup of the longest relationship of my life, and living in a state of belief that I was completely over it. The book, which satirizes the post-relationship rediscovery narrative and moves with the briskness of one, was easy enough to get through, but I found myself stopping every 50 pages or so, caught by the simplicity of the big ideas about love Greer is working through.

One day, as I was lying on a cushioned Adirondack loveseat in the backyard of someone else’s home, a particular scene caused the air to catch in my throat. A friend of the main character, Arthur Less, is revealing to him how his marriage has an agreed-upon expiration date, which he and his husband had worked out years prior. Less’ friend explains that the two have just broken up, are amicable and that he’s doing fine, given that the marriage was good and that he knew the end was coming. Less isn’t just shocked, but outraged at the idea of ending a functioning marriage where both people are happy. “But you broke up with him,” Less insists. “Something’s wrong. Something’s failed.”

Suddenly, as if activated by a code word, latent feelings about my relationship came to the surface. Even though I’d believed I was over it, there was a lingering discomfort that I hadn’t been able to place. The relationship had been mostly good. There were problems, of course, but it ended mutually; like many young relationships, we weren’t a fit. I’d been struggling with this, because the breakup had gone against what I understood of love. I understood love as something measured by its extremes: There is loyalty or betrayal; there is affection or disgust; there is marriage until there is divorce; there is coupling or solitude.

Reading Less helped me come to terms with what felt like a gray space. It provided me understanding I didn’t know I needed, and it gave me room to process and think through ideas about romantic love in a way I couldn’t even with my closest friends. It felt like a conversation, and more comforting and curative than any alleged recovery activity I’d ever participated in. Admittedly, Less happened to be narratively perfect for the place I was in, but I continued onto other novels and found the same kind of comfort. I’d made a monumental discovery for me and my fellow man (revolutionary, I know): We should be reading more fiction — especially when we’re heartbroken.

In the mid-2000s, the U.K.’s Orange Prize for Fiction commissioned researcher Lisa Jardine to explore the differences between how men and women view works of fiction. Her results, discussed in The Guardian, reinforced what many already know. “‘We found that men do not regard books as a constant companion to their life’s journey, as consolers and guides, as women do. They read novels a bit like they read photography manuals.’” The study found that women cited “emotional, more domestic works” among novels that were important to them, while men, identifying a much more compact list of works than the women’s vast and varied submissions, tended toward books about isolation, “social dislocation and solitary struggle.” Some men even seemed to misunderstand the study, citing historical biographies and other works of strict nonfiction. When they did understand the question, “‘the men’s list was all angst and Orwell,’” Jardine noted. “‘Sort of puberty reading.’”

So I don’t think I’m telling tales out of school to say that us men should look outside of ourselves a little more. After all, navigating a relationship with another person is almost wholly about considering their perspective, making room for it where it doesn’t mesh with your own and trying to reconcile your needs with theirs. And conveniently, the contract of fiction requires that you listen fully to the perspectives of others, while still leaving you room in your own head to judge, to agree or not, and to square that perspective with your own. Essentially then, reading fiction regularly in the aftermath of a breakup can help exercise the muscles of understanding and empathy that tend to be underdeveloped in men, especially those of us in our 20s and 30s.

Obviously, all art is about empathy generation to some degree, but prose allows fuller access to the internal voices of characters in a way film, theater and music don’t. And nonfiction and memoir, while ostensibly more representative of real life, tend to highlight the exceptional and the remarkable, those people whose experiences stand apart. Lessons about life and perseverance are made clean and uncomplicated — manual-like, as Jardine observed. Fiction, meanwhile, traffics in people who look more like ourselves, and the type of fiction Jardine defined as “domestic” often uses that to broaden the view past the edge of our own noses. Perhaps that’s why men gravitate to nonfiction; we want easy answers, or to see the person we imagine we could be, less concerned with deciphering the person we already are.

Earlier this year, I suffered another heartbreak. It was swift, confusing and merciless. It was so disorienting that suddenly, I couldn’t locate the person I’d been when the relationship started only months prior. The instinct for forward motion kicked in, but though I’d wanted to believe I was better armed now — that this time I would mourn better, process faster, optimize my heart for peak performance — this was delusional. I’d turned an instinct for healthy introspection into just another distraction. It needed time.

To that end, I recently revisited a passage in Less, where Arthur is avoiding a friend’s question about how much he loved his ex, and whether he loves him still. “He knows the absurdity of asking someone to explain love or sorrow. You can’t point to it. It would be as futile, as unconveyable, as pointing at the sky and saying, ‘That one, that star, there.’”

Another check in the column for fiction. Even when we feel as if we’ve experienced something no civilization could have language for, there are words for that, too. 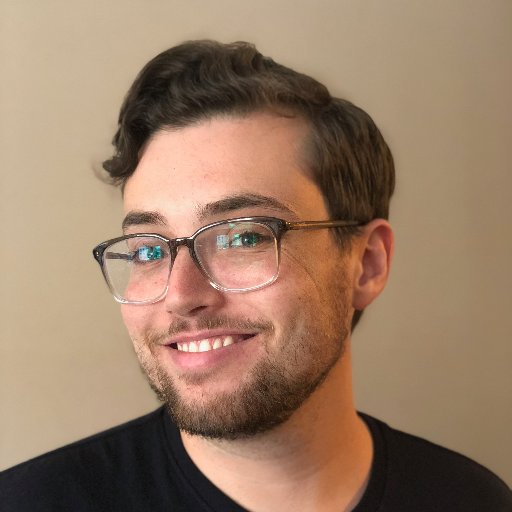 Jameson Rich is a writer and video producer in New York. He’s written about everything from illness to dating to climate change for The New York Times, The Outline and Popula. Follow him on Twitter @jameson_rich.