Everything I Smoked Before Cigarettes

Though none of the tobacco alternatives on this list are recommended, rest assured that you can put all of them in your pipe and smoke them

As a teenager, I knew one thing for sure about smoking without even feeling the stimulating power of nicotine: It looked cool as hell. The insouciance of the smoker’s posture (leaning, always leaning) as they inhaled created the perfect silhouette. People who smoked had nowhere to be, because they were already traversing the wide open Marlboro landscapes of the mind. They’d let a cigarette burn between their fingers, staring into the ember as they exhaled a world-weary sigh (and then coughed a bit).

Smokers knew how to live while simultaneously showing a careless disregard for their actual lives that made me question why I valued my own so highly. Why wasn’t I breathing in fire? Who the hell was I? Did I think I was too good to incinerate my lungs?

The answer was definitely not. Unfortunately, acquiring real cigarettes proved to be not only a little scary, but challenging on a practical level. Though I reached my full adult height of 5-foot-9 by the age of 11, most bodega owners in New York City were unwilling to risk selling cigarettes to someone with the nervous energy of a pre-teen who hadn’t yet learned to moisturize. They were, however, willing to sell me herbal cigarettes with colorful filters.

Thus began my brief career as a smoker of random herbs and spices in the company of a cadre of other teens. Before we were ready for legal addictive drugs or illegal non-addictive ones, we experimented with burning candles in a closed room and lighting up whatever was on hand. And though none of the tobacco alternatives on this list are recommended, rest assured that you can put all of them in your pipe and smoke them.

I still remember my first sage smoking adventure. Myself and two other seventh graders snuck to the top of my graveled roof with handfuls of dried purplish herbs. We had no papers to roll the sad, wizened leaves into, so we smoked the stems directly. Naturally hollow, you could light one end and suck on the other. Whether or not smoke actually traveled to our lungs is hard to say, but the herb is cultivated to burn beautifully, and holding a stem had a similar psychological effect to holding a cigarette: It made us feel cool.

White sage in particular has a number of medical benefits, according to the USDA, like helping with menstrual cramps and sore throats. Sadly, they do say these benefits are only gained from ingesting sage as a tea — not as smoke — so we weren’t doing anything healthy for ourselves, which I guess was exactly the point!

Before you light up, remember that burning white sage is a contentious issue: Traditionally, it’s an important plant to a number of Native American tribes, used for ceremonial smudging. The rising popularity of casual smudge use amongst wellness and New Age types with no tribal affiliation has caused considerable concern about not only disrespectful cultural appropriation, but over-harvesting, as reported by HuffPo.

It’s been too many years for me to say honestly if we were specifically smoking white sage or something found in the pantry, but I can say that you should always buy responsibly sourced sage. In fact, if you live in a reasonably sunny area and have a pot of soil, you can grow your own. Modern Farmer recommends trying different varietals and making a blend such as black sage and pineapple sage. Just avoid Salvia divinorum, which apparently has psychotropic properties and is illegal in most states. You wouldn’t want that… or would you?

Buying rolling papers opened up a whole new world of smoking possibilities. It would be a few years before someone in my friend group was brave enough to actually smoke pot, but meanwhile, rolling up misshapen practice joints was pretty exciting. I liked to brag that I was good at rolling joints, which was a stupid lie because it was easily disproven.

Anyway, I’d read somewhere that catnip could get smokers “high,” and I was eager to impart that knowledge to my friends, having never experienced how it feels to actually be high. I dipped into my cat’s supply, and rolled a misshapen joint that could barely draw air. Eventually, a more sophisticated friend took pity on me, broke it down and re-rolled it. In retrospect, we both smoked catnip that night, so there were no winners.

Did we feel anything? The short answer is no; according to Popular Science, the active ingredient in catnip that makes your kitty roll around in ecstasy is called nepetalactone and humans don’t respond to it. But the rumor that it does has been circulating ever since some well-meaning scientists in the 1960s mixed up catnip and marijuana while conducting an experiment. Must have been a wild night.

Apparently, smoking or drinking enough catnip tea will make a human pretty sick, so I was lucky to escape that evening just feeling slightly embarrassed.

If you’re noticing a common theme with the things I smoked before cigarettes, it’s probably ease of acquisition. Even in New York City, it’s possible to find mint growing in a community garden or unguarded planter. So mint was another popular leaf that got dried out on windowsills and crushed into rolling papers. The effect of smoking mint is sort of like inhaling menthol, but without the fun of actual nicotine. A bright, peppery sensation in the mouth and lungs that feels almost like something is happening, but not quite. According to Organic Facts, smoking mint can improve blood circulation and calms the nerves. Probably not as calming as nicotine, and better to ingest as a tea, like most of the items on this list, but hey, we were teens.

Smoking clove cigarettes is the most teen thing in the 1990s you can do after getting fingered while thinking about Jordan Catalano. Weirdly, it was possible to buy clove cigarettes before I turned 18 (the legal smoking age in NYC), probably because the packaging can be confusing. The most popular brand is usually imported from Indonesia, and they’re known as Kreteks. Per Very Well Mind, they’re composed of anywhere between 60 percent to 80 percent tobacco, with the rest made up from cloves and clove oil. They also often contain cumin, cinnamon and nutmeg, so it’s deliciously spicy and unlike your usual cigarette.

Looking back at the few packs I went through in junior high, I believe the brand we got our grubby teen hands on was Wismilak. The box is green and not clearly marked as having tobacco in it — at least it wasn’t in 1998.

So I guess I did smoke my first cigarette before I smoked a cigarette. Anyone who reads this can’t claim ignorance of that fact, unfortunately. More unfortunate still, some studies suggest that cloves are worse for you, because they take longer to smoke. That means more lung damage overall, especially because cloves naturally contain a mild anesthetic called eugenol. Some regular cigarettes even add eugenol, because it numbs your mouth and throat, meaning you can inhale longer and deeper.

Lavender is another common plant on the East Coast, and when you burn it to smoke, you can tell your parents it’s just incense. The Odyssey Online claims that smoking it can help with stress — sort of like inhaling the scent is supposed to do, but you’re taking it into your whole body. Supposedly it can also help with insomnia, headaches and intestinal issues. In my experience, though, it’s probably best as something added to tobacco or some sort of herbal blend. Or if you need a particularly intense lavender experience, a satchel under the pillow is still probably ideal.

To be honest, I never smoked mullein, or a number of the many, many herbs you can add to tobacco, weed or a personalized herbal blend all your own. But I’m bringing up mullein as a way to introduce the many possibilities out there and how each one has its own special attributes. For example, Botanical Studies explains that mullein is a “lousy smoke” when dry, so you have to slightly moisten it. This will make it fuzzy and puff up, allowing it to burn easily.

Mullein supposedly helps with inflamed lungs even when smoked, which seems impossible to me, but then again, inhaling steam can relieve a cough or congestion. (Let’s face it, if you’re dabbling in smoking random herbs for health care, you’re probably open to experimentation over certified scientific studies.) Either way, take mullein as inspiration to poke around and see what else is out there, remembering it will be completely unlike smoking a cigarette except for the fire thing.

If any of this seems far-out, ridiculous or like antiquated hippie (or teen) nonsense, consider the current wave of CBD oils and vapes being marketed for everything from insomnia to anxiety. We’re always willing to try new herbal remedies if they promise results — even if it eventually just leads you to the real thing.

All of which is to say I still remember the first actual cigarette I eventually had, in a parking lot in New Jersey when I was about 14. There was a slight nicotine buzz, but like many things you dream about as a teenager, the best part was the journey. 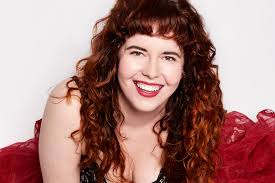 Aimée Lutkin is a writer, director and performer in L.A. (by way of NYC). She's currently working on a non-fiction book about societal loneliness for Random House called The Lonely Hunter.