The Sadness and Thrill of Drinking Alone

What goes on inside the locked doors of an alcoholic’s isolated binge — and why do we almost never see it on TV?

In “Adjournment,” the sixth episode of Netflix’s hit mini-series The Queen’s Gambit, Beth Harmon’s success as a chess player propels her into a financial situation where she can buy her adoptive father’s house. After the deal is made, her drinking spirals out of control, and in one scene, she drunkenly dances alone in her underwear to Shocking Blue’s “Venus.”

Countless movies and TV shows have portrayed characters battling addiction, but this scene hit me harder than any moment in Mad Men or Leaving Las Vegas. I was overwhelmed with anxiety watching Harmon (Anya Taylor-Joy) perfectly capture my worst fear — seeing what I probably looked like binge-drinking in my apartment. Before I got sober in 2014, I often got hammered and stoned alone; even when I had roommates, I’d get wasted in my bedroom with the door closed.

Not everyone who drinks beer or smokes weed by themselves is an addict, especially in 2020. But despite COVID turning solo drinking into a norm, abusing a substance in isolation remains a red flag, which The Simpsons brilliantly satirized in a Season Eight episode. Homer moves the family out of Springfield to work for a wannabe Bond villain who is trying to take over the world, and Marge turns to red wine when their new futuristic home does the chores for her. The dramatic music that plays when she takes a sip gets me every time.

An online search for “Is drinking at home alone bad?” garners 220 million results, though it’s hard to pin down a definitive answer. Addiction can only be evaluated on a case-by-case basis, but problematic substance abuse seems to depend on two things: 1) why one drinks alone; and 2) how much they’re consuming.

Many alcoholics choose to drink at home alone because it’s cheaper. “The rate at which I consumed alcohol would bring me to a $250 bar bill, along with having to buy drugs,” Dan, a pseudonymous 50-year-old who describes himself as a once-gregarious drunk, tells me. Others stay in to avoid drinking and driving, or because they’re tired of slowing their pace of consumption to match their friends. The primary reason I began drinking by myself is embarrassing: I thought liquid inspiration would make me like the problematic male writers I stupidly idolized at the time.

Though each alcoholic may have different reasons for this behavior, most are bingeing alone as a coping mechanism, according to Judith Grisel, a psychology professor at Bucknell University and author of Never Enough: The Neuroscience and Experience of Addiction. “It’s the hallmark of a person in the late stages of their addiction,” says Grisel, who got sober in 1986. She adds that the decision to drink alone often stems from a desire to numb depression, anxiety, insomnia or stress. A recent Carnegie Mellon University study backs up Grisel’s assessment, showing a link between alcohol abuse and solitary drinking in adolescents and young adults who use it to cope.

Since drinking alone is such a well-known marker for alcoholism, you’d think there would be more examples of scenes where characters binge in isolation, similar to the one in The Queen’s Gambit. But there doesn’t appear to be that many, and when they do occur, they’re usually short or part of a montage, like when Colin Farrell pounds whiskey in a bathtub in The Recruit. That said, the ones that do exist tend to stand out for people who’ve been there. Nearly everyone I speak to remembers identifying with the beginning of Apocalypse Now, where Martin Sheen punches the mirror, and the hotel scene in Flight, when Denzel Washington finds the minifridge stocked with bottles.

Directed by Robert Zemeckis, Flight actually cuts to the next morning, during which we see the aftermath of the binge — the Rolling Stones blaring, the hotel room a mess and Washington’s William “Whip” Whitaker on the floor. By jumping over Whitaker’s binge, Zemeckis doesn’t show us what he does all night while getting smashed. Did he play online poker like Dan did in the mid-2000s? Or did he pace and listen to music like I did in 2005 when I lived alone on the third floor of an apartment building in Collinsville, Virginia?

Sometimes, I danced, but mostly, I walked back and forth, replaying the past, overanalyzing relationships and fantasizing about the future. At the end of my drinking career, my depressive thought loops made these lonely binges feel like being in prison. But for years, I actually considered them fun; they made me feel safe and free. One morning, a few hours after I’d crashed, I was woken up by a phone call from the building manager. She wanted to discuss complaints she’d received from my downstairs neighbors, a middle-aged woman and her mother who alleged I was “stomping around all night.”

Before finding sobriety, I displayed several other signs of alcoholism: I’d get ripped when I intended to stop after one beer, my job performance suffered as I battled multiple hangovers a week and I had financial problems. I was open about these issues with friends. However, when I told them that I’d joined a 12-step program, several didn’t believe I needed sobriety until I admitted how often I drank in solitude. Some were shocked; I had to explain that I left bars early or lied about having plans in order to stay home. No one knew I was getting trashed by myself three to four nights a week.

The stigma attached to this drives addicts to hide our solitary bingeing from our closest friends and family until we’ve hit bottom and have no choice but to reveal it. A 2017 study found that one in eight Americans is an alcoholic, but Constantine Diakolios, a medical director at Sunrise House Treatment Center in New Jersey, says we don’t know how many of those people drink alone. There also doesn’t seem to be any data on what people do when they’re drinking alone. However, there are plenty of recommendations for solo bingeing activities online. A Reddit thread titled “What Is Your Favorite Thing to Do While Drinking Alone?” has 452 comments and includes such suggestions as playing guitar, cooking, blasting music and, my personal favorite, Mario Kart DUI.

The artistic inspiration trope isn’t exclusive to writers, either. Carrie, a pseudonymous 65-year-old, used to drink as she painted. She describes it as being in her “own little cocoon,” where she was in control. She blasted Stevie Ray Vaughn and sang and danced where no one could judge her. Carrie, who got sober at 38, says this routine worked for years. She was a successful artist who rented a studio within walking distance of her apartment, her favorite bars in between. But, similar to what happened with me, depression crept up on Carrie and overtook her. “When I was young, drinking was a social lubricant, and as I got older, it became what I retreated into to ignore the rest of the world,” she tells me.

Essentially, the goal of drinking alone was to be alone without feeling alone.

Cleaning while drunk is also a popular activity. Dan says he reserved one day each month to clean his entire house and do laundry as he threw back drinks. When the average drinker consumes four drinks, they tend to become groggy, but an alcoholic’s brain is stimulated, according to Diakolios. If they’re drinking at home, they “need to do something with all that energy,” he says. “Play music, video games, etc.”

Grisel believes the alternative — drinking and doing nothing — would be like “staring into the blackness.” Robert, a pseudonymous 58-year-old, tells me he drank like this for five years after his mother committed suicide in front of him. The only difference: Robert went to crowded bars. He didn’t talk, write or draw. “I’d just sit there and think about her and her death while I drank,” he says. “I was around people, but very much alone.”

Robert sobered up after being arrested for driving under the influence for the third time in three years. Despite financial issues and his habit of getting behind the wheel, he tells me he never considered staying home to get drunk. “I didn’t want to admit that I couldn’t control my drinking,” he says. “When I went to the bar, I told myself that I’d just be there for a little while.”

Robert was 25 when he got sober — the same age I was when my neighbors complained about me. Being confronted with a pacing habit is miles away from getting a third DUI, but still: You’d think the embarrassment of the building manager’s phone call would have led me to reassess what and why I drank alone. But I didn’t give it a second thought because it was easy to hide the shame. If an alcoholic vomits in their chess trophy, and no one is around to see it, does the puking still make a sound? 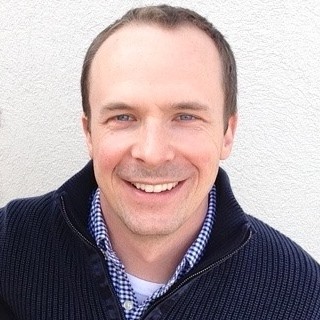