An Expert’s Guide to COVID Risk in Every Pro Sport

With baseball season approaching quickly, we talked to an epidemiologist about what players can expect on every field, rink, ring and court — and who’s putting their lives at the most risk

If you haven’t heard, pro sports are set to resume again in North America. And we stress “North America,” as at least one of the major organizations — the NHL — is exclusively pitching its tent in Canada for a 24-team playoff gauntlet starting August 1st. Meanwhile, the NFL is all-systems-go for a September 10th kickoff to its annual slate, with no major revisions to its planned travel schedule, despite the recent announcement that 72 players have tested positive for COVID-19.

The NBA has been very vocal about its rigorous testing and quarantine protocols leading up to tip-off on July 30th inside its own little bubble within Walt Disney World. MLB’s 60-game foray, soldiering onward even after numerous high-profile stars opted to sit the experiment out, finally commences on Thursday, though the players union quickly quashed any notion of strict off-field limitations on their individual movements.

Then there’s combat sports — specifically pro wrestling and MMA — which never entirely stopped the cameras from rolling or punches from flying, and continue tweaking their precautionary practices in real-time. (Or, in the UFC’s case, co-opting a patch of paradise in Abu Dhabi and re-dubbing it “Fight Island.”)

So, is all of this activity a matter of big business triumphing over good science, or are there reasons to believe pro sports and sports entertainment can carry on without exacerbating community spread of the coronavirus? And which of the aforementioned endeavors, as currently designed, poses the greatest risks and why?

For answers, I checked in with Cindy Prins, associate professor of epidemiology and director of the Master of Public Health Program at the University of Florida, who laid out the hard truths and — where applicable — hopeful scenarios for pro wrestling, MMA, NBA, NFL, NHL and MLB.

“The concern is that for wrestling, you have people who are in very close contact for a longer period of time,” says Prins. “I think about heavy breathing and exhalation and the potential — if someone is infected — to really get that COVID-19 out into the air. If one wrestler’s infected, that could be fairly easy transmission to another. Hopefully, if the support personnel are wearing masks and socially distancing, that’s going to cut down on their risk and also the risk of passing this on to the athletes. There also has to be frequent testing. They want to make sure that everyone is healthy when they’re going in.”

“Testing isn’t going to be 100 percent accurate,” she adds, “but if they’re doing PCR testing, that should be fairly accurate at identifying positives. Now you have to keep in mind that the timing of the testing can matter as well. You can test negative one day and then convert to positive just because infection is built up. Regularity is important.”

As for the viewer at home, Prins would prefer an organization like WWE or UFC complement its programming with upfront messaging along the lines of, “‘We’re doing this because we have [certain measures] in place, and what you don’t see is that everyone’s wearing a mask in back.’ A little bit of what’s behind what they’re showing would be nice, because there could be that perception of, ‘We’ve got two people in the ring, and even though people say that’s risky, they’re doing it.’”

There is far more routine bloodshed in MMA than pro wrestling, but Prins acknowledges, “We don’t tend to think of this as being a blood-borne pathogen, so that’s probably not such a big issue.”

Again, her prevailing concern is that, “It’s really more about that respiratory and droplets spread. When you’re fighting like that in a ring and you’re really exerting yourself, that droplet factor is going to be significant.”

“Now we have the benefit of being outdoors, and we know that there’s some benefit to that,” Prins explains. “We’ll give the airflow and air circulation a point toward being a good thing. But you still have very close contacts. You also have multiple people on the field at once, so you’ve got to worry about if one person’s infected, how there could be potential for multiple people to get infected because of the way the sport is played.”

Along those lines, a huge concern in Prins’ view is that “you have a lot of people congregating on the sidelines. I’d want to see them put on masks when they go to the sidelines and to stay distant while there so they’re minimizing the potential for transmission.”

In terms of all that sideline chatter among coaches and between coaches and players, Prins recommends, “If someone’s going to come up to you and whisper in your ear or whatever, you want that to be a quick thing and then step away and not have people standing next to each other, unmasked and yelling. You want to make sure that you’re not sharing headsets, too. The foam cover that some of those microphones have could contaminate and you could potentially inhale that. So it’s a lot of little things, but if the protocols are in place and if people are on board with following them, it can be done.”

As for all that traveling from city to city, a dilemma that MLB will be contending with too even as it narrows team schedules to their geographical regions, Prins’ insight is simple: “When you’re on an airplane, the air is actually fairly clean. The problem is the people next to you. If you’re in row three, the person in row 25 is probably not going to be affected by you, but I’d worry about rows two and four and the people around you. So absolutely have players and team personnel wear a mask on the airplane, through the airport, through all of that travel. The good news is that they can control how many people are on the plane. That can at least, again, help to mitigate any issues.”

Prins concedes that, unlike the other sports, she had an opportunity to read through all the NBA’s protocols. She also says their plan isn’t foolproof, as “you’re on a bit of an honor system that people are going to have to follow and not go party.”

Nevertheless, she is impressed that “there are protocols from top to bottom, from testing and the frequency of testing to cleaning to how the players will isolate at hotels to, ‘Here’s the pool that they’re going to access.’ They even had a protocol for how people were going to be able to grab snacks and drinks while they were working out. It’s not meaning that no one’s going to get infected, but it definitely goes toward doing everything you can to minimize that.”

The major caveat is, as Prins reminds, “The human element has been challenging in controlling the spread of COVID, but every time I had a question [about NBA protocols], my question got answered in the next section. There’s a protocol for cleaning the basketball, and everything down the line. As someone with a background in infection control, I was like, ‘Oh, this is really cool.’”

All told, Prins says she’s “not so concerned about the NBA being a major source of transmission to the public — and even within their own operations. They’re doing enough testing that if someone does wind up infected, they should be able to minimize the number of contacts, or at least the number of further infections that happen. They’ll be able to pretty effectively contact-trace and make sure they don’t wind up with sort of a mini outbreak.”

Noting the league’s move to north of the border, Prins says, “You’re certainly in an area with lower cases of COVID, so that’s going to be better. You’re not worrying as much about that factor of people going out into the community and mingling. It’s still preferable to see people stick to themselves and doing takeout rather than going out and being in restaurants and things, but [being in Canada] makes it somewhat better.”

Prins does sound a note of concern about there being “a lot of air movement” on the ice. She also adds that face shields could be tricky for hockey players. “Usually, the mouth area is open anyway, so I don’t think that’s going to provide much protection. If it were a full face shield, that might be different, but I imagine you’d also have a fogging issue where they may not be able to see.”

Prins says that while, throughout a typical game, on-field interactions “tend to be fairly fleeting, the dugout is a little bit more of a concern. They should be wearing masks. With limited [fan] attendance, they could maybe even have some of the players socially distance within a section of the stands if they’re not immediately needed.”

Raising a point that could apply to all sports, Prins reinforces, “You follow your coach, your leader. If people know that the leaders take it very seriously and are concerned about this, you’ve maybe got a chance of getting players to be more serious about it, too.”

And for fans who enjoy the drama of two outfielders on a collision course for the same deep drive in the gap, fear not. “That’s not the situation I’m super worried about,” Prins reassures. “I’m a lot more worried about those folks hanging out in the dugout than I am about two people kind of transiently going after a fly ball.” 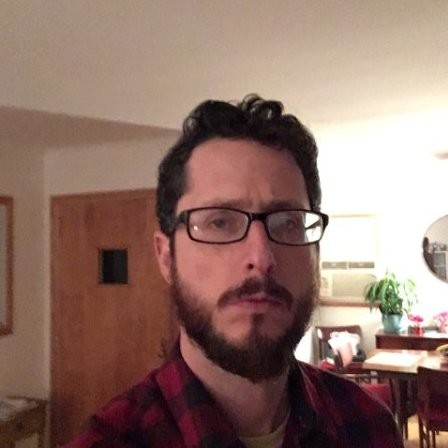 Kenny Herzog is a contributing writer at The Ringer, Vulture and many other pop culture and sports outlets.