A New Plague at the Seder: Politics

As Trump-era politics hits the table, American Jewish families are more divided than ever

Christmas time must be hell for gentiles.

As a non-celebrating Jew, most of my knowledge of the holiday comes from what I’ve seen in terrible Vince Vaughn movies, and none of it seems pleasant. The pressure to emulate all the other picture-perfect families, with over-the-top meals, expensive tchotchkes and doodads and elaborate decorations, combined with being in close proximity with family members you don’t really like can be dangerously combustible.

But Hanukkah, contrary to popular belief, isn’t Christmas. It’s a minor Jewish holiday involving only the nightly lighting of candles, and in families like mine, some gifts for the kids so they don’t feel bad compared to their non-tribe friends. But even without the pressure, family dinners at Hanukkah — and Passover, Rosh Hashanah and the numerous other festive meals that dot the Jewish calendar — have gotten increasingly contentious in Jewish households around North America. And all because of the same thing that’s tearing apart everyone else’s families and friend groups: Donald Trump.

“We were at a family friend’s house for Hanukkah two years ago,” remembers Miriam (names have been changed to avoid further familial alienation). “We were all there — it was the only holiday where my entire family on my dad’s side gets together because some of those people are religious and can’t walk over for the other holidays. It was a very nice thing. But then, we’re having latkes and my uncle gets up and goes ‘Oh, this is really nice. May we all do this again next year and may Obama get exactly what he deserves.’”

Obviously, political polarization is a real thing these days — the country isn’t just divided on the issues, it can’t even agree what the issues are and we’re finding just trying to talk things out with those on the other side to be extremely stressful. On the surface, though, it would seem Jews were immune from this splintering. That is, overall, American Jews still tend to lean to the left. Part of that could be because Jews tend to see themselves as a cultural or ethnic minority, rather than a religious one. It could also be that a history of oppression has given Jews a tendency to have empathy for the little guy, be it economically or socially.

Whatever the case, according to data from the Pew Research Center, only 24 percent of Jews voted for Trump in 2016. And the number who voted for Republicans actually shrank from that down to 17 percent during the 2018 midterms. (Ironically, in my supposedly liberal home country of Canada, more than half of Jews who voted in a 2011 election cast their vote for the Conservative Party, a number that dipped only a bit in the 2015 election that saw the ascension of American progressive wet dream Justin Trudeau. That increased tension could be why so many Canadians agreed to speak to me for this piece.)

The Jews who lean toward the right, however, tend to go hard. The Trump administration includes Jews such as immigration extremist Stephen Miller (if you want to talk about tense seders, Miller’s own uncle condemned his nephew in a Politico op-ed, calling him “the architect of immigration policies that repudiate the very foundation of our family’s life in this country”). There’s also former Deputy Attorney General Rod Rosenstein, Treasury Secretary Steve Mnuchin, and of course, the first daughter/son-in-law known as Javanka.

Outside of the Trump administration and back in the real world, Robert, a 33-year-old lawyer in California, remembers watching his Jewish parents go down the conservative talk radio and Fox News rabbit hole, becoming more Islamophobic and paranoid as they did. “This Sunday my mom said that she should go after Muslims after the recent attack on the Chabad of Poway, which I noted was made by a white supremacist,” he says. “She then brought up comments by Congresswoman [Ilhan] Omar, and I said that I don’t think a Christian white supremacist is following orders from a black Muslim congresswoman. She gave the phone to my dad.

“It threatens my marriage because I love my parents, but my wife hates the disgusting rhetoric as well as them bringing up politics as a way to start arguments,” Robert continues. “I have years of good memories to buttress my relationship; she has far fewer.”

Aaron, a 34-year-old Canadian programmer, says that he and his wife are gradually cutting contact with his mother-in-law, at least partially because of her political views, which have gotten so extreme that the pair insist on hosting celebrations to maintain control of the guest list and prevent her from inviting like-minded friends who will turn the conversation toward conspiracy theories. “I hear that Muslims burned down the Notre-Dame church,” he explains. “When there was a school shooting in Florida, she was talking about how they should arm the teachers, and if she had a gun, she’d have gone out there.”

Moreover, for these Jews, refusing to support Israel can be tantamount to advocating for Jewish genocide. In particular, they see singling out Israel’s transgressions as an anti-Semitic choice to focus on a historically persecuted group. They’ll point out that Israel’s sins are nothing compared to those of Saudi Arabia or Iran. They’ll view Trump’s austensibly pro-Israel stances (moving the U.S. embassy to Jerusalem, putting his Jewish son-in-law in charge of peace negotiations, recognizing the Golan Heights as Israeli property) as a sharp counterpoint to Barack Obama, who had an oft-contentious relationship with Israeli Prime Minister Benjamin Netanyahu. (Trump has an especially chummy relationship with Netanyahu, who has said he would name a settlement in the Golan in Trump’s honor.)

In some ways, they’re taking cues directly from the source. Politics in Israel have taken a sharp right turn under Netanyahu, who recently won a fifth term, despite facing possible jail time due to numerous charges of corruption (though the vagaries of Israel’s complicated political system mean another election could be held within months of the last one). Further, Netanyahu has expanded controversial settlements in the West Bank and launched numerous military operations into Palestinian territory — necessary steps for his supporters, who will swear up and down that the Israeli military practices extreme restraint despite any evidence to the contrary.

But with younger Jews less likely than their parents and grandparents to support Israel’s treatment of Palestinians, it can be a major cause of intergenerational strife. Case in point: Corey Balsam. He works as the national coordinator for Independent Jewish Voices Canada, an organization dedicated to peace and solidarity with Palestinians. Growing up in Ottawa, his father, whose own father was a Holocaust survivor, had hawkish views on Israel. His mother, though less ideological, was still a firm supporter of Israel. At a young age, Balsam’s research led him to become highly critical of the Israeli government. He spent almost four years living in the West Bank doing research and working for an NGO. During that time, his mother came for a visit and what she saw brought her around to his views on Palestine.

That, though, came with consequences. “She’s suffered much more than I have, in terms of lost relationships and friends,” he explains. “One of her best friends has cut us off. Several cousins of hers want nothing to do with us. She has an uncle who’s very close with our family who wants nothing to do with us. We invited him to my wedding, and he didn’t come. We were quite close with him growing up — he was one of our favorite uncles. It’s sad, but people are overcome by the emotions attached to this.”

As for Miriam, ever since her uncle’s outburst during Hanukkah, her relationship with him has been terse. Small talk is the rule of the day, and politics is completely off the (dinner) table. There’s a resigned acceptance that this is just who he is, and there’s no changing it. “We know who he is. We know he’s super anti-Obama, overly pro-Israel. Israel can’t do anything wrong,” she says.

There’s an old saying to the effect that if you ask 10 Jews a question, you’ll get 11 opinions. Basically, both debate and familial harmony are heavily stressed Jewish values. But with politics currently tearing apart the U.S., Jews in politically divided families are learning that sometimes it’s better to just shut up and wait for dessert. 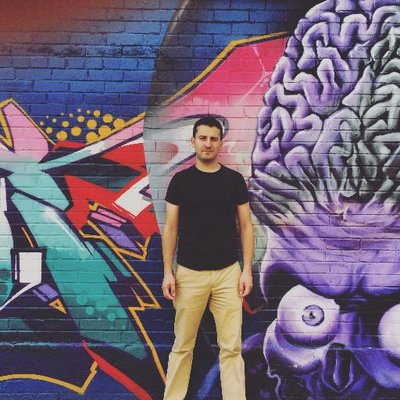